A wild brawl broke out inside an Arkansas restaurant this past weekend over social distancing amid the coronavirus pandemic, according to a 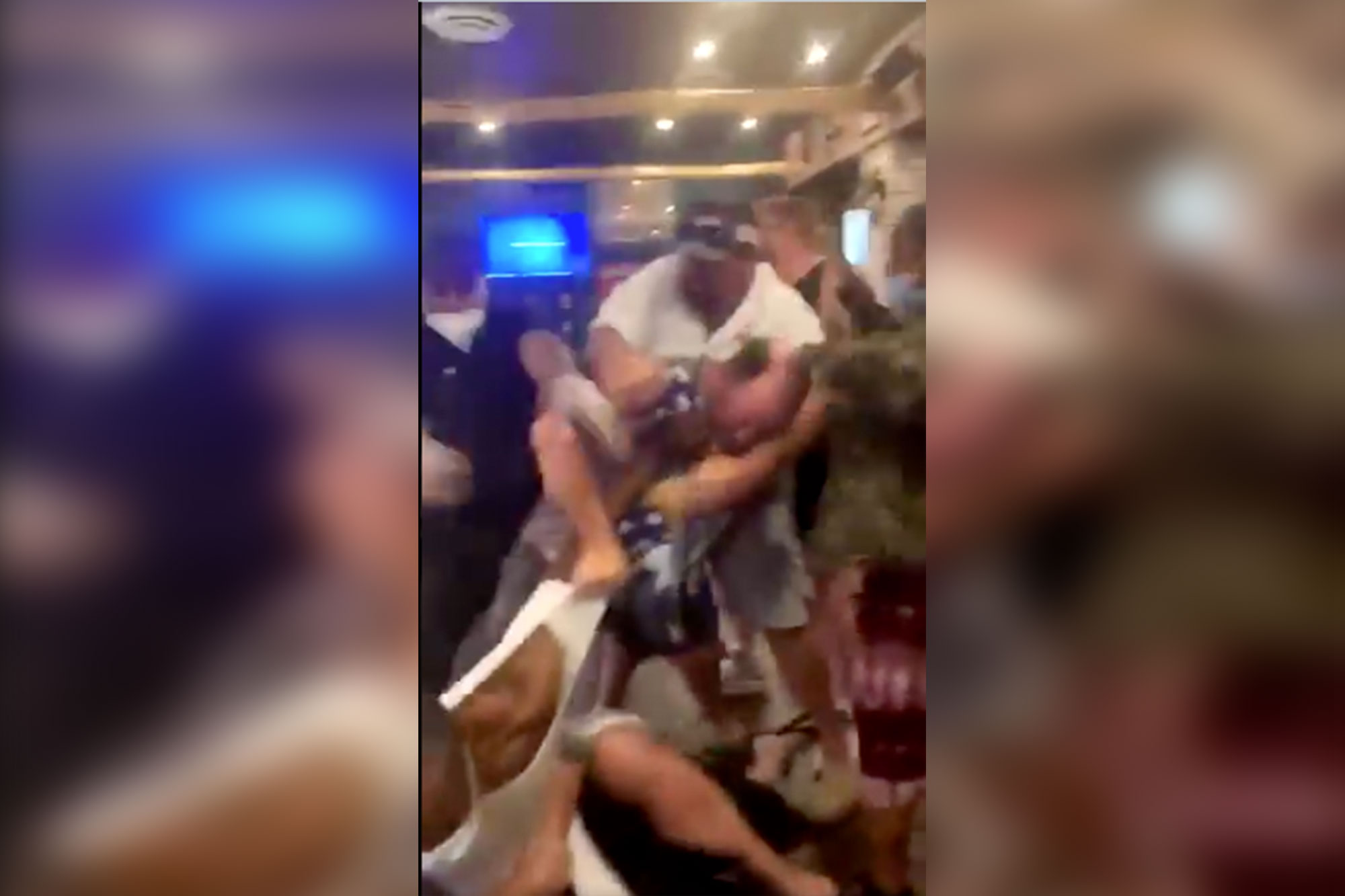 A wild brawl broke out inside an Arkansas restaurant this past weekend over social distancing amid the coronavirus pandemic, according to a report.

The caught-on-camera fracas erupted Saturday inside the Saltgrass Steak House in Little Rock after a woman wearing a face mask confronted patrons who stood too close to her, according to bystanders.

Seth Crews, who recorded the violent incident on his cell phone, told KARK 4 News that he and his brother were having dinner at the eatery when they heard screaming coming from the bar area.

“All the restaurant employees were trying to help, they were just in shock like the rest of us,” Crews said.

A police report obtained by the news outlet says that a restaurant employee saw a woman wearing a face mask telling two others that they were sitting too close. That worker also claimed that the same woman purposely coughed on other customers.

Cellphone footage shows a woman seated at the bar area tell two men “you’re supposed to be six feet away from me,” before the melee exploded.

According to witnesses and the police report, a man seen in the video wearing a USA shirt then deliberately got even closer, escalating the sitatuion.

The boyfriend of the woman wearing the mask then apparently hit the man with a bottle before dozens of people wound up involved in the brawl, witnesses said.

“The guy came up and was touching on his back and giving him a little shove and he just wasn’t taking it and that’s when it all started,” Crews told the news outlet.

Nobody involved in the fight has filed any charges, according to KARK 4 News.