By Chris Hastins For The Mail On Sunday

Jenna Coleman is clearly keen to walk tall after her split from long-term boyfriend Tom Hughes.

The Victoria star donned some seriously chunky boots to step out in London last week – and the price tag was just as substantial: £1,125.

But fashion-followers who want a similar look for less than the four-figure sum charged by The Row, the high-end label established by former US child stars the Olsen Twins, could try Topshop’s equivalent for £42.99. 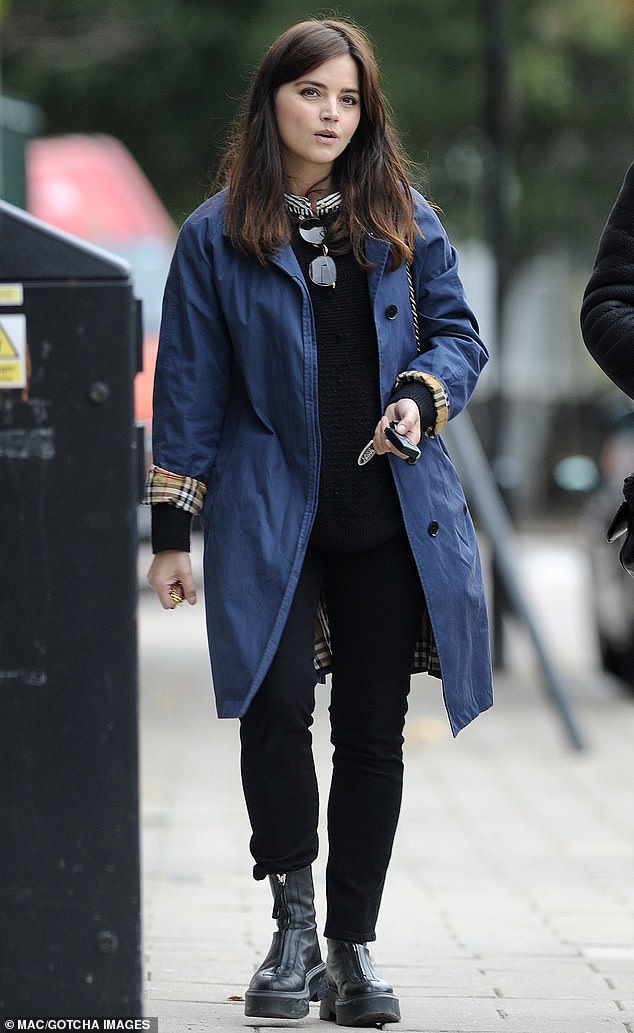 Jenna Coleman, 34, is clearly keen to walk tall after her split from long-term boyfriend Tom Hughes

Coleman, 34, and Hughes, 35, who played Prince Albert opposite her in the hit ITV drama, fell in love while working on the show.

They were together for four years until their split this summer. Insiders said the relationship had simply run its course and no one else was involved.

What is the best way to sell my house quickly?

Despite this, July saw the highest number of house sales for 10 years - and record asking prices are being recorded in regions...
Read more

Gemma Collins and Carol Vorderman compare their peachy posteriors in a...
Read more

It will take a true puzzle enthusiast to find the witch's broom that has been craftily hidden in this Halloween-themed brainteaser challenge.The testing...
Read more

Eugenie Brooks said her flight over dad John’s wartime airfield in Kent was “absolutely amazing”. She took aloft a treasured snap of the...
Read more

Five afternoon teas with quirky themes, including a Charlie & the Chocolate Factory offering

When it comes to afternoon teas, the British are sticklers for convention.But not all the time, as we show here, with a mouthwatering...
Read more
Tv & Show