What has Boris Johnson unleashed? One suggestion that struggling workers should retrain and this Government has spawned a new swathe of amateur psychologists. By the look of social media, meanwhile, body-language experts have never been in more plentiful supply, either.

Words, stares, shuffles – everything went under the microscope as Vasiliy Lomachenko and Teofimo Lopez faced the press ahead of this weekend’s unmissable showdown in Las Vegas.

Even given boxing’s disdain for nuance, the conclusions were remarkable. 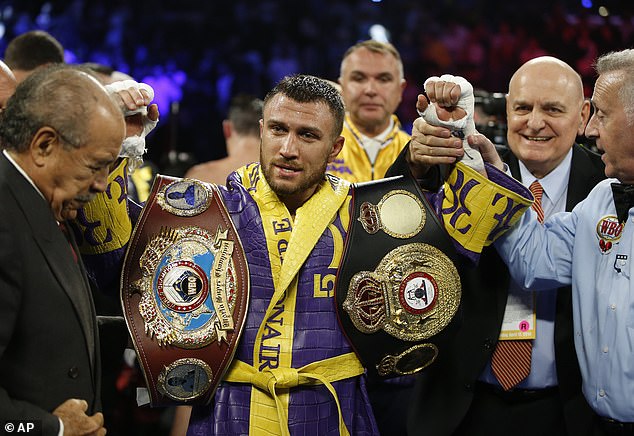 Nerves, fear and mirroring were all diagnosed from behind dusty computer screens. Fortunately, the true picture will soon emerge.

On Saturday night, inside a Las Vegas bubble, Loma and Lopez will brush any remaining questions aside with their fists.

It is a mouth-watering match-up – a battle for lightweight supremacy but also a meeting of men at either end of the arc. Two contrasting fighters, personalities and cultures, and a lucky few in attendance.

For fight fans, this is a treat after months of Covid crumbs – Tyson Fury’s demolition of Deontay Wilder feels like the product of another era, rather than the curtain raiser of 2020. But if that remains the fight of this year; Loma vs Lopez is the showpiece of this new normal. 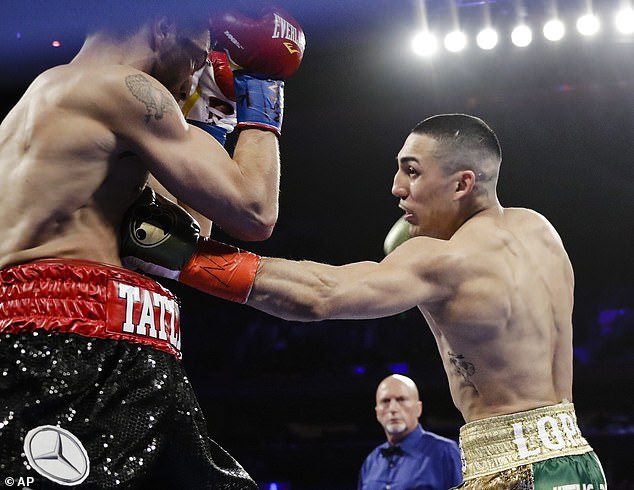 At its core, this is a battle between two fighters trying to defy Father Time.

Now 32, the dancing, dazzling Lomachenko must prove his powers have not waned enough for a young pretender to profit. At 23, Lopez wants to show that experience is no substitute for power and youthful promise. On the line is far more than unified world titles.

This could be career-defining for both – the night Lomachenko further cements his greatness by downing an heir apparent? Or Lopez’s crowning glory en route to superstardom?

Then there are the scores to settle. This rivalry has been bubbling for some time, thanks largely to the loose lips of Lopez and his father. 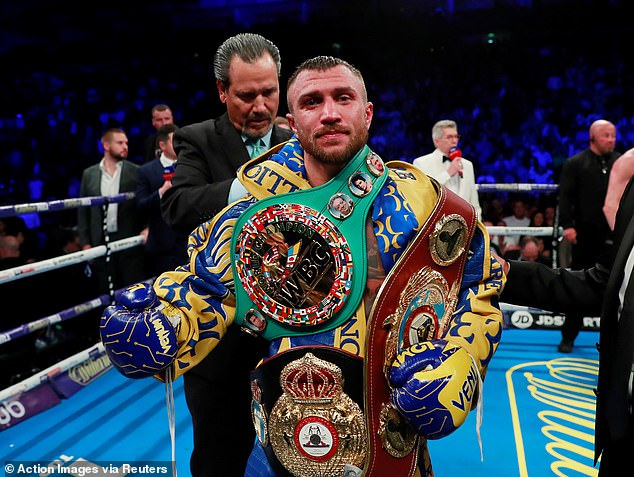 Fitting, perhaps, given family ties are at the heart of this match-up.

Teofimo Snr watched YouTube tutorials to learn how to coach Junior; there are no textbooks for the methods Anatoly Lomachenko devised for his son.

Through dancing, juggling and handstands, he has quietly created a genius.

Lopez Snr hasn’t done too badly, either. But his finest work in recent years may have come behind the mic. 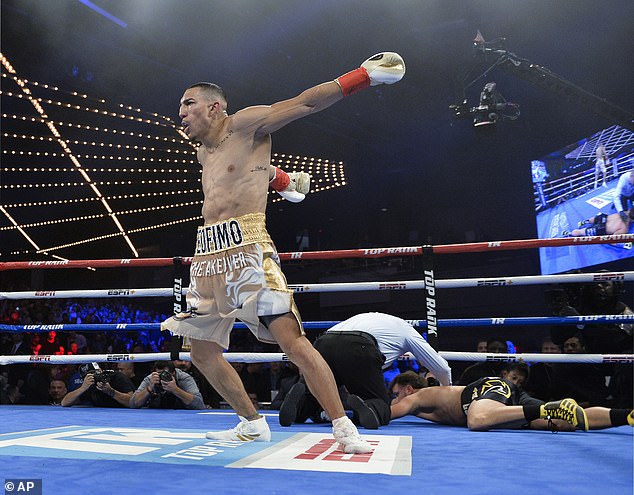 He has branded Loma a ‘fraud’, ‘arrogant’ and after a long time trying has talked his son into the fight.

Their feud dates back to a hotel lift a couple of years ago. The details are disputed but the trash talk has stung nevertheless.

‘If I have a chance to make it unpleasant for him, so he feels it and remembers, I’ll certainly do so,’ Lomachenko has said. ‘I hope to drag him into deep waters, down to the bottom and keep him underwater without air.’

But even without the malice, this has all the ingredients for a blockbuster. Except, perhaps one. Most of the audience will be emergency services after the MGM Grand shrunk capacity to 250. A shame, sure, but one that shouldn’t distract from the show.

Lomachenko is the betting favourite – a three-weight world champion and arguably the finest technician in boxing.

And yet enough questions remain to sow seeds of doubt.

How will he – and Lopez – respond to the silence around them? And how much is left in Lomachenko’s tank?

Against both Luke Campbell and Jose Pedraza, Lomachenko was pushed 12 rounds – comfortable wins but less humiliatingly lopsided than we have come to expect. 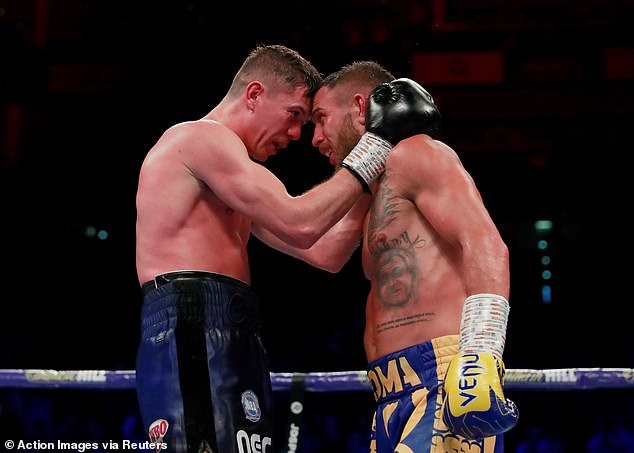 After being dropped en route to victory over Jorge Linares, Lomachenko was caught enough to fuel concerns that his brilliance may be slipping.

At 32 – and having fought since his youth – it’s no surprise miles have accumulated on Lomachenko’s clock. Fighters who rely on reflexes and footwork often age less gracefully, too.

In the bonkers world of boxing, however, Lomachenko’s wider appeal rose when his fights became slightly more competitive.

After beating Campbell, he was building towards becoming the world star his talent deserved and then coronavirus struck, giving father time and self-doubt 14 months to stew. 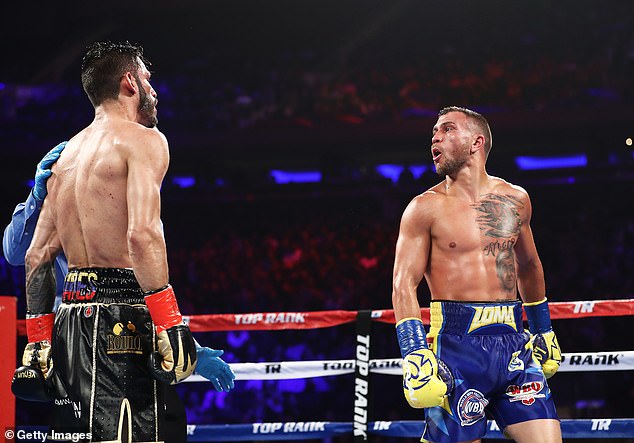 ‘I have never been out of the ring for one full year like this. Ever,’ Lomachenko admitted. ‘I don’t know how it will be.’

Lopez, too, appeared on the crest of a wave heading into the new decade. The last of his four wins in 2019 – a stunning, two-round demolition of Richard Commey that earned him a first world title – laid the foundations for his coronation as a new star of US boxing. Perhaps, even, the new face of a gasping sport.

Instead Covid halted his momentum ahead of this mammoth task.

The hype generated by his power and aggression against Commey has given way to cold reality: this is a 15-fight work-in-progress attempting to dethrone a generational great. 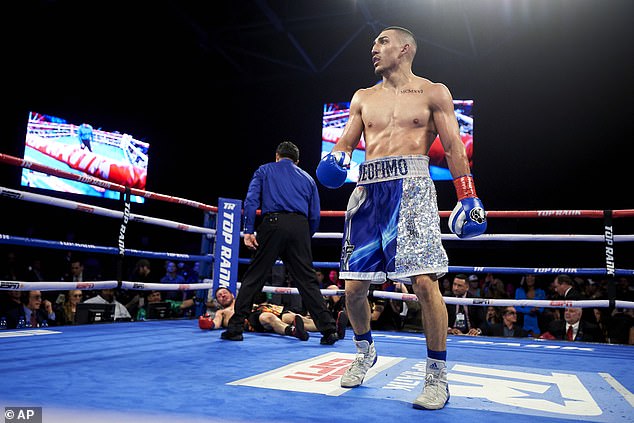 Lopez has won all 15 of his professional bouts, winning an impressive 12 by knock out

Lopez remains raw and even his fearlessness – undented by time or defeat – cannot mask the obvious advantages in Lomachenko’s corner. Yes, Lopez is the taller, stronger, rangier man but the Ukrainian is more experienced, more savvy, more well-schooled.

The parallels with Floyd Mayweather vs Canelo Alvarez are difficult to ignore. That night the master schooled an apprentice before his time.

Many believe Lomachenko has timed this right, too. Who will be right in the end?

Tottenham: Son Heung-min claims Jose Mourinho is 'misunderstood' and can lead club to a trophy

Frank Lampard's Chelsea may be one of the best at restricting opposition shots, but they are the worst in the Premier League when...
Read more
Sport

European Premier League EXPLAINED: All you need to know

Liverpool and Manchester United are reportedly behind another bombshell power-play after news that they are in talks to set up a European Power...
Read more

Woman is arrested in Iran for 'insulting the Islamic hijab'

Woman is arrested in Iran for 'insulting the Islamic hijab' after...
Read more

Mads Mikkelsen cuts a suave figure in a grey suit as...
Read more

Google hits back at DoJ antitrust lawsuit with condescending demo

Google responded to the Department of Justice's bombshell antitrust lawsuit on Tuesday with a condescending memo showing people how 'trivially easy' it is...
Read more

Tottenham: Son Heung-min claims Jose Mourinho is 'misunderstood' and can lead club to a trophy

England's deputy chief medical officer has slapped down calls for a national 'circuit-breaker' lockdown to wrestle down the surge in coronavirus cases.Professor Jonathan...
Read more

Two-week-long 'circuit breakers' would see tough restrictions introduced temporarily across the whole country to suppress the virus, before they would be lifted for...
Read more
Feamil

People reveal VERY funny side effect of getting old

What could White House doctors treat Trump with?