‘We’ll see you on the other side’: British band UB40 is forced to postpone their Australian tour due to COVID-19… after Harry Styles also cancelled

British reggae band UB40 are the latest international acts that have been forced to postpone their Australian concerts due to the COVID-19 travel restrictions.

The band was initially scheduled to play in Sydney, Melbourne, Brisbane, the Gold Coast, Perth, Canberra and Wollongong from October 30 to November 8.

But on Thursday, UB40 issued a statement, revealing the tour dates will be postponed to April and May next year. 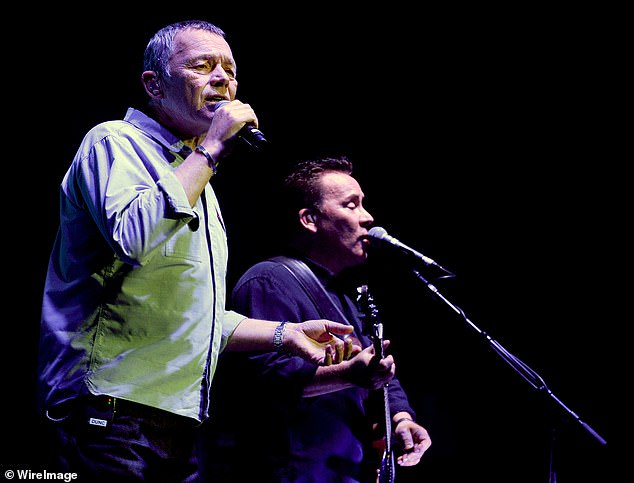 ‘We’ll see you on the other side’: British band UB40 is forced to postpone their Australian tour due to COVID-19… after Harry Styles also cancelled. Pictured: Duncan and Robin Campbell from UB40

‘We always look forward to trips down under, but we know it’s only a temporary delay, we will be back,’ the band statement said.

‘The most important thing is that we all stay safe and we’ll see you on the other side of this ordeal.’

The tour cancellation comes after lead singer Duncan Campbell suffered a stroke in August, from which he is still recovering from. 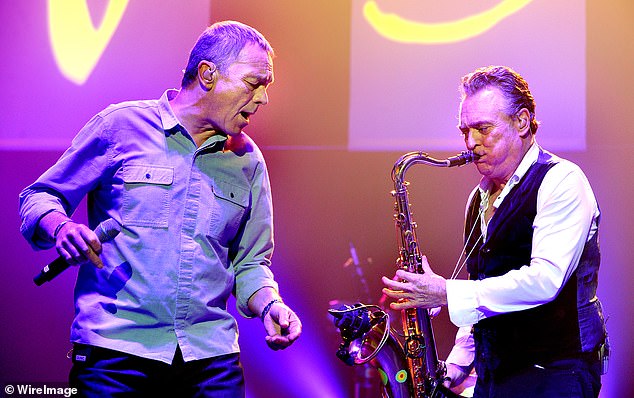 Shocking: Lead singer Duncan Campbell (left) suffered a stroke in August, which he is still recovering from. Also pictured: Brian Travers on the saxophone

Fellow band member and brother Robin Campbell said: ‘It was obviously a shock and very worrying when we heard about Duncan having his stroke, but he’s having a well deserved rest and continues to recover at home.’

Tickets for the October and November shows will still remain valid for the postponed dates but can be refunded if the new dates don’t work.

Fans who want tickets to the 2021 shows can buy them at Ticketmaster for Melbourne, Canberra Theatre Centre for the ACT and Ticketek for all other locations. 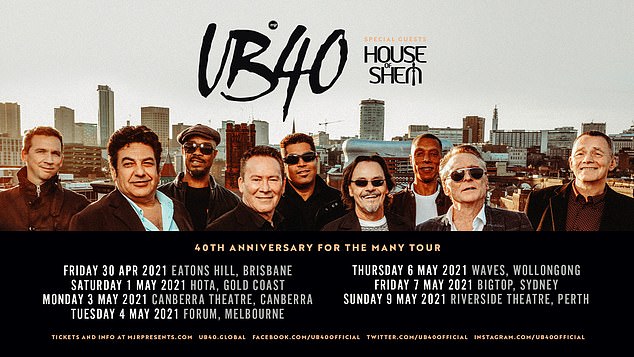 Red Red Wine will have to wait! The tour has been postponed to April and May next year

‘Everyone’s health and safety remains our top priority, which is why I unfortunately have to postpone all 2020 shows in South America, Mexico, Australia and New Zealand until further notice,’ Harry wrote on Twitter.

‘I really hope to play the shows as planned for 2021, but will continue to monitor the situation over the coming weeks and months.

This comes three months after Harry postponed the North America leg of the tour. 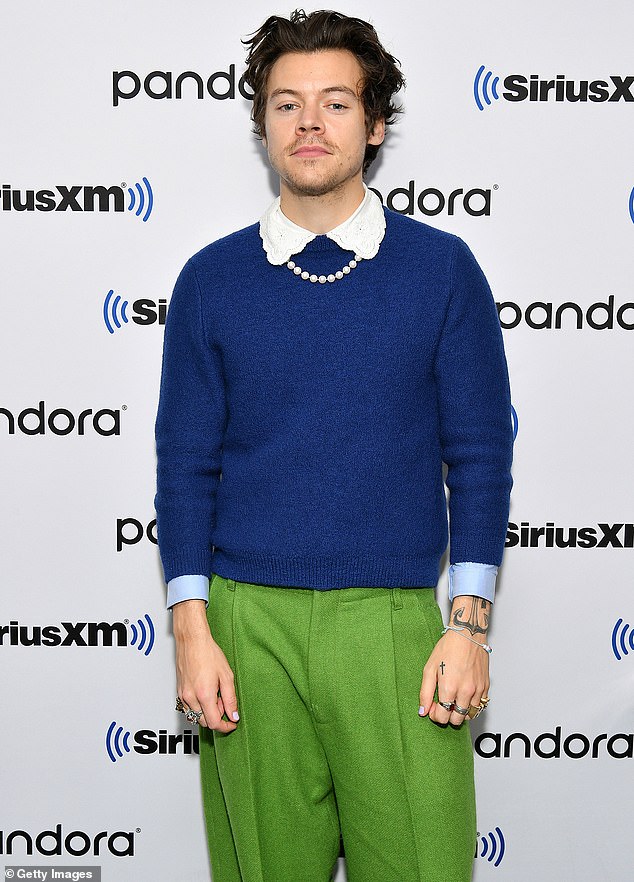 Another one: UB40’s rescheduling comes after fellow British musician Harry Styles confirmed the Australian leg of his tour was ‘postponed indefinitely’ on Wednesday

Lily Collins reveals her engagement ring is 'exactly what she wanted'

Daily horoscope for October 2: YOUR star sign reading, astrology and...