Home Tv & Show Tyson Fury predicted his ‘pretty face’ would be hurt BEFORE his fight...

TYSON FURY warned referee Tony Weeks his “pretty face” would get damaged BEFORE his fight with Otto Wallin.

The Gypsy King suffered a gruesome double cut above his right eye after a left hook from Swede Wallin in round three of their Las Vegas clash.

Tyson Fury: "This fella likes to jump in and use his head and obviously I've got a very pretty face…"

Referee: "I know, you've got to sing afterwards eh!"

Fury battled through nine rounds of impaired vision to outpoint his unfancied European opponent but had to have 40 stitches from a Nevada plastic surgeon.

But this was no surprise to the Brit, who warned veteran ref Weeks before the bout of southpaw Wallin’s tendency to use his head in close.

He said: “This fella likes to jump in and use his head.

“And obviously I’ve got a very pretty face I don’t want it smashing in with a headbutt.

“So just watch him for that yeah.”

Initially Fury’s trainer Ben Davison was told the cut was caused by an unintentional headbutt, meaning if the fight was stopped it would go to the judges scorecards until that point. 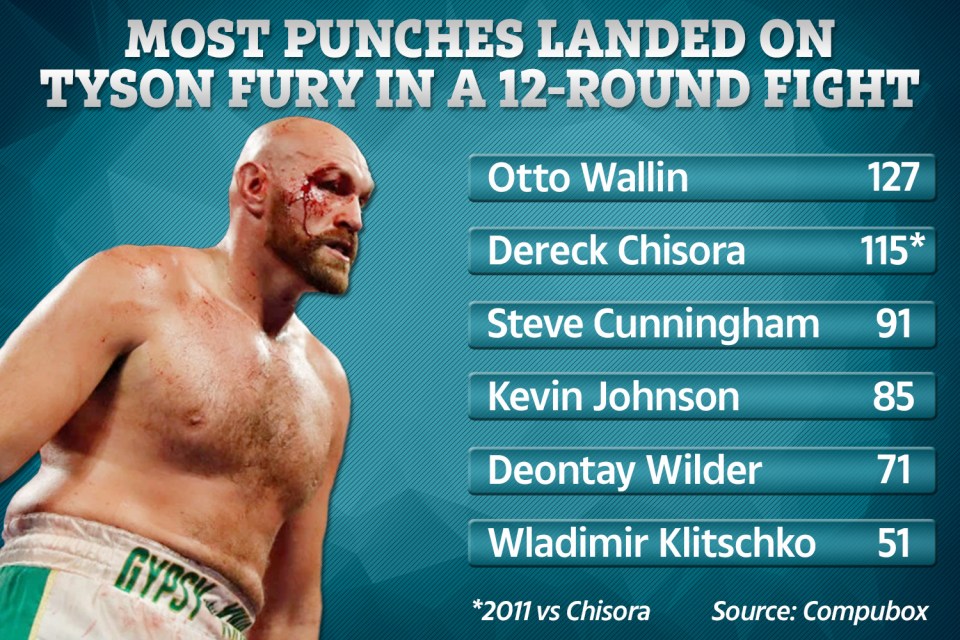 Most Read in Boxing

KELL OF A FIGHT

But after replays revealed it was a legal punch the 31-year-old heavyweight was at risk of losing his unbeaten record if the ringside doctor deemed him unfit to continue.

However, fortunate Fury was given the benefit of the doubt and moves on to his February rematch with Deontay Wilder.

He has, though, been suspended by the Nevada State Athletic Commission for two months of action and banned from sparring for seven weeks by US promoter Bob Arum.