Georgia Kousoulou has admitted she’s ‘more broody than ever’ now so many of her close pals are becoming mothers.

The TOWIE favourite, 29, told MailOnline that friends and family predict she’ll be next to fall pregnant after recently seeing her former co-stars Chloe Lewis, 29, Lydia Bright, 29, and Danielle Armstrong, 32, with their new-born babies.

In an exclusive interview, Georgia, who’s been in a relationship with boyfriend Tommy Mallet, 28, for over six years, said: ‘I am more open to having babies. It’s definitely become more of a conversation.’ 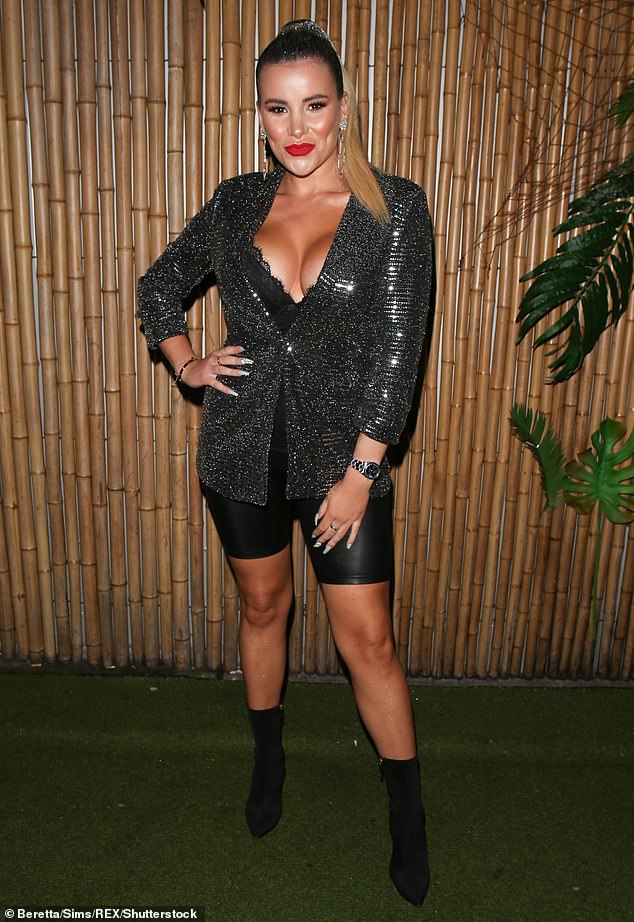 ‘So many of my friends have had babies’: Georgia Kousoulou has admitted she’s ‘more broody than ever’ now so many of her close pals are becoming mothers

Last week ex-TOWIE star Kate Ferdinand, 29, announced she is expecting her first baby with husband Rio, 41, causing friends to tease Georgia about when she’s going to settle down.

Georgia told MailOnline: ‘I definitely am more broody now than ever before. So many of my friends have had babies.

‘Some of the girls popped round on my birthday, it was Chloe, Danielle and Lydia and they had their babies and there was me in the middle of this photo doing a peace sign.

‘Kate and I are the same age so I just think all the people in our friendship group are either having a baby or are on their second. People keep saying to me, “Come on, it’s you next”.’ 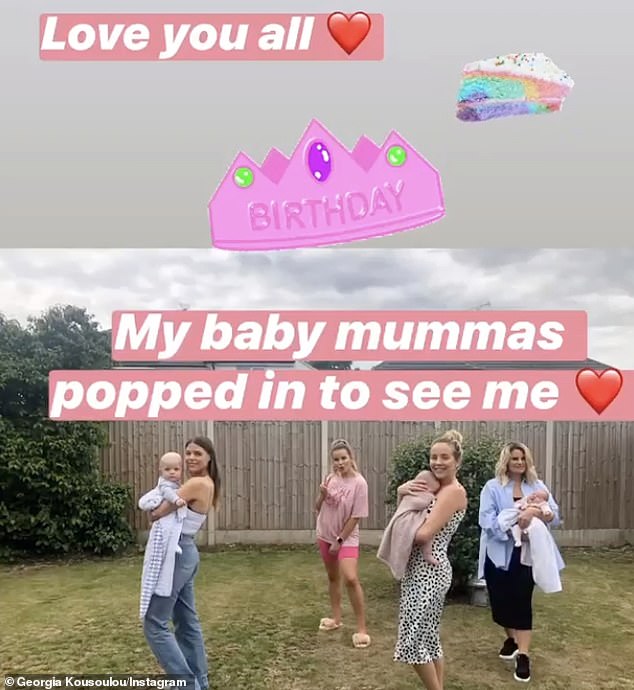 ‘It’s you next’: Georgia said friends predict she’ll be next to fall pregnant after recently seeing former co-stars Chloe Lewis, Lydia Bright and Danielle Armstrong with their newborn babies

Georgia wasn’t at all surprised after hearing Kate and Rio’s happy news, which was revealed by the couple in a heartwarming video also featuring the footballer’s three children, Lorenz, 13, Tate, 11, and Tia, nine, who he shares with late wife Rebecca.

She said: ‘They are happily married and they’re obviously so in love.

‘She is raising three beautiful children anyway. It just makes sense for them to complete their family.’

The reality star, who’s been in the cast of ITVBe show TOWIE for six years, said her relationship with Tommy couldn’t be stronger and she’s loved spending more time with him in lockdown. 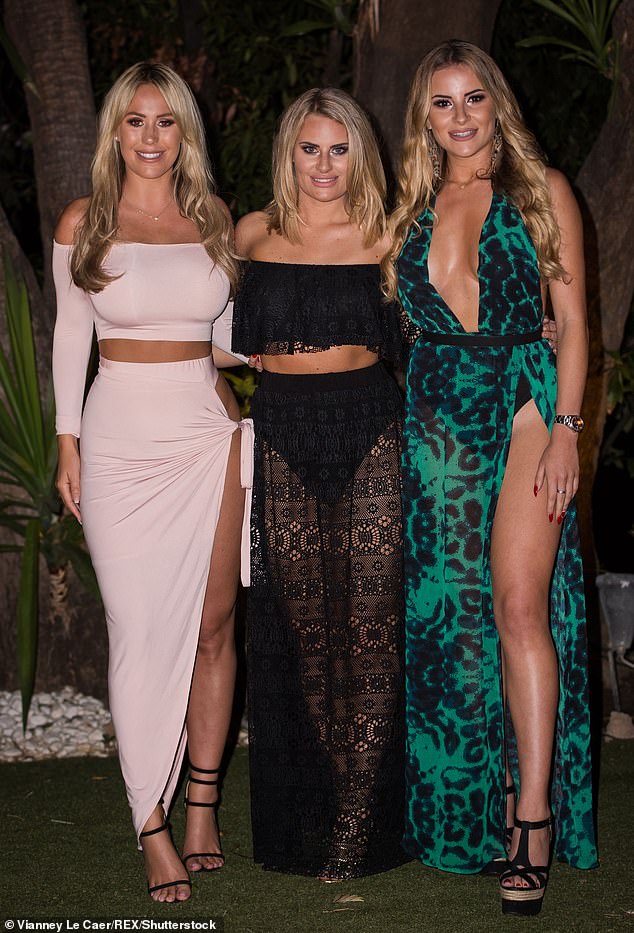 ‘They’re so in love’: Georgia said she wasn’t surprised after hearing that close pal Kate Ferdinand (left) is expecting her first baby with husband Rio as the pair are ‘happily married’

She said: ‘Tommy is so good – he’s amazing. Anything that goes on, we have each other’s backs.

‘We’ve been together 24/7 so we’re like a little team. It can go one of two ways in lockdown because you can either get on each other’s nerves – and I’m sure I do get on his nerves and he’s got on mine a couple of times but it’s been so good.

‘Normally he works a lot but this has made him slow down so this has been great for us. I’ve loved having him around.’

But Georgia is still unconvinced by the prospect of marrying Tommy, after confessing that she’s afraid of change and doesn’t like to tamper with a good thing. 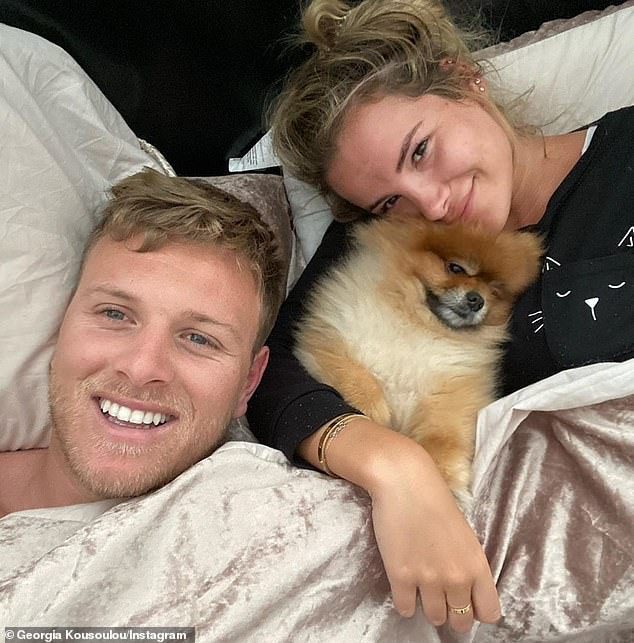 ‘I’m still not in a rush’: Georgia has been in a relationship with Tommy Mallet for over six years but still feels unsure if she wants to get married

She said: ‘Back in the day I used to say that I’m not in a rush and I’m still not in a rush because I’m a strong believer in why change things if it’s great?

‘And it scares me when you change things, obviously I don’t like change.

‘Tommy would have to completely surprise me because I’m so on the ball with things like that, especially in lockdown I know all his movements and I would know.’

Georgia, who is an ambassador for Dementia UK’s new Lives On Hold campaign, admitted she struggled to get into a healthy routine at the start of lockdown but now she’s surprised herself by training up to six times a week. 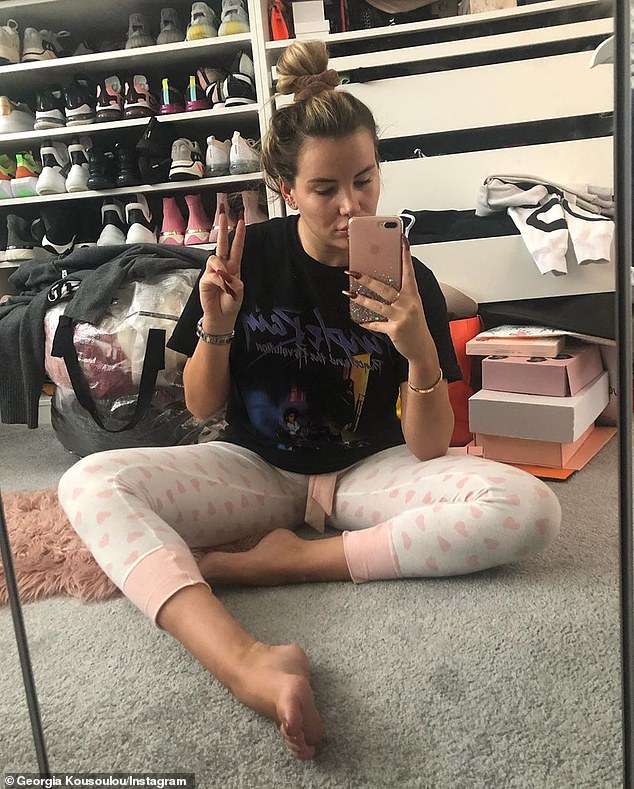 ‘I’m trying to shift that’: The reality star has admitted to putting on weight at the start of lockdown after struggling to get into a routine but now is training up to six times a week

She said: ‘In the beginning I found it quite hard because I’m a creature of habit and I freak out with change anyhow.

‘I literally did no exercise and I put on weight. I just wanted to eat but I had to do that to get it out my system.

‘Now I’m doing better, I try to work out at least four times a week but the last week or so I’ve trained six times a week, which has been really impressive for me.

‘I did put on weight at the start of isolation so I’m trying to shift that. Exercise to me is the best thing for my mental health, honestly. It makes me feel so happy.’

Germany: Almost no new cases in coronavirus hotspot of Gütersloh