He recently revealed he has split from his boyfriend of one-year, Matt Snape.

And Bobby Norris, took to Instagram on Friday to share a post-breakup selfie as he declared that ‘bad times don’t last’.

The TOWIE star, 34, displayed his chiselled physique and looked focused on the task at hand as he grasped weights in the workout snap. 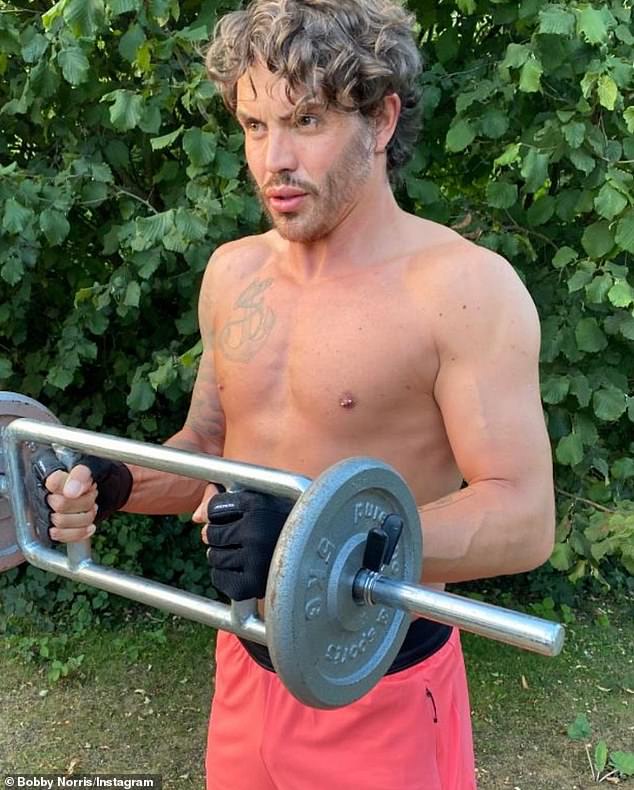 Motivated: Bobby Norris displayed his chiselled physique and looked focused on the task at hand as he grasped weights in the workout snap on Friday

Bobby donned shorts in a strawberry hue and decided to go topless, exposing his body tattoos and nipple piercing.

He also wore black workout gloves as he exercised in the garden, his curly chocolate tresses framed his visage.

The reality star captioned the image: ‘Everything heals.. Your body heals. Your heart heals. The mind heals. 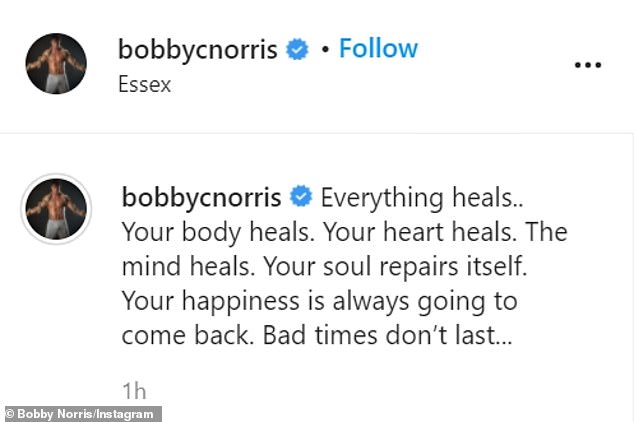 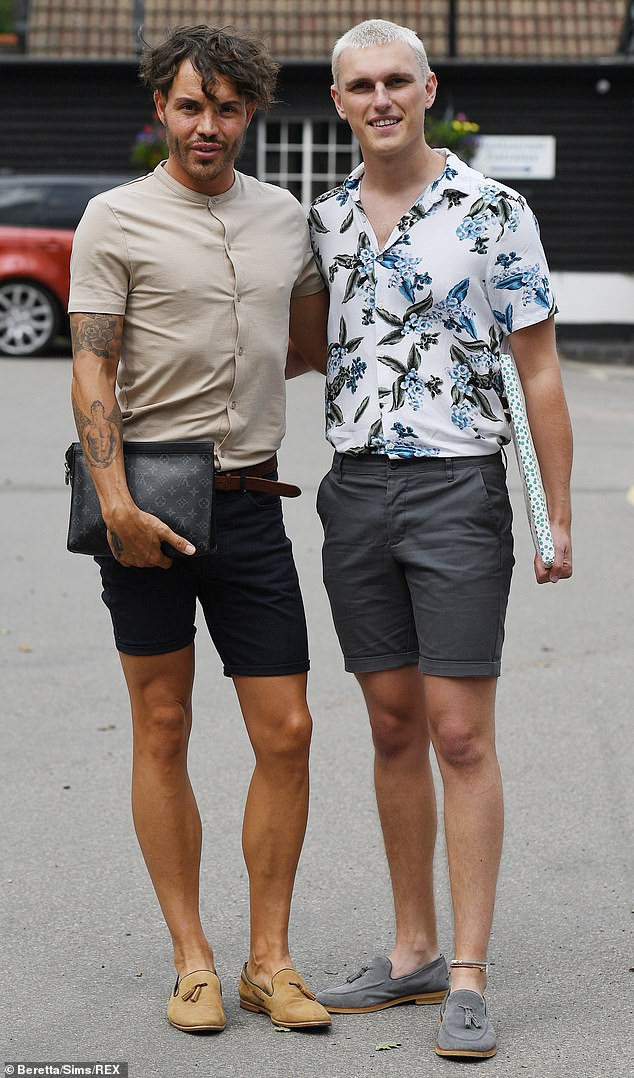 Split: He recently revealed his split from his boyfriend, Matt Snape, (pictured in August) and  the TOWIE star, 34, shared a post-breakup selfie and declared that ‘bad times don’t last’

‘Your soul repairs itself. Your happiness is always going to come back. Bad times don’t last… ‘

Bobby took to Instagram on Thursday to reveal the separation news, saying there is no hard feelings and he wishes Matt ‘all the best’.

The former couple first met on the show, when Bobby went to a salsa class with his pals in a bid to find love once and for all.

Confirming the break-up, Bobby wrote: ‘Hey guys, I just want to acknowledge the recent speculation regarding my relationship…I can confirm that Matt and I are no longer together.

It may comes as a shock to fans, as at the end of last month the former couple had a discussion about their future together.

Bobby said on the show: ‘We’re together for over a year now, which is incredible. Where is your head in terms of being a parent, getting married – is that something you see yourself doing?’

Matt responded: ‘100%. Always have done, since I was little. I’ve always known that I’ve always wanted a family life. 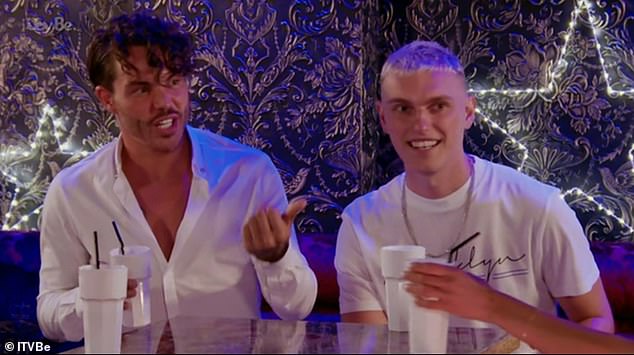 Change of plans: The couple’s separation may comes as a shock to fans, as at the end of last month they had a discussion about their future together

Adele sent her fans wild as she returned to Saturday Night Live to host this week's show, 12 years after she made her...
Read more
Tv & Show

'I made a very big mistake': Candice Warner reveals she is...
Read more
Tv & Show

She recently marked one year since transitioning to female by posing for a striking photo shoot.And Jessica Alves put on another confident display in...
Read more
Tv & Show

MAIL ON SUNDAY COMMENT: Boris Johnson will need all his skills to reunite our fractured kingdom

MAIL ON SUNDAY COMMENT: Boris Johnson will need all his skills...
Read more

'Romelu is a different player - he was a rough diamond':...
Read more

Video showing deputy premier 'eating a FLY' is released by his...
Read more

'If McGregor wants to bounce out and get the belt, I'm...
Read more