The 2020 series of I’m A Celebrity…Get Me Out Of Here! will certainly be unlike any of the 19 previous seasons with it set to film in Wales instead of Australia.

And this relocation has caused some celebs, such as The Chase’s Jenny Ryan,  to question whether this may be the year to give the show a try.

Writing on Twitter, Jenny explained how she had always hesitated over a stint in the jungle but now her main reservations have been removed. 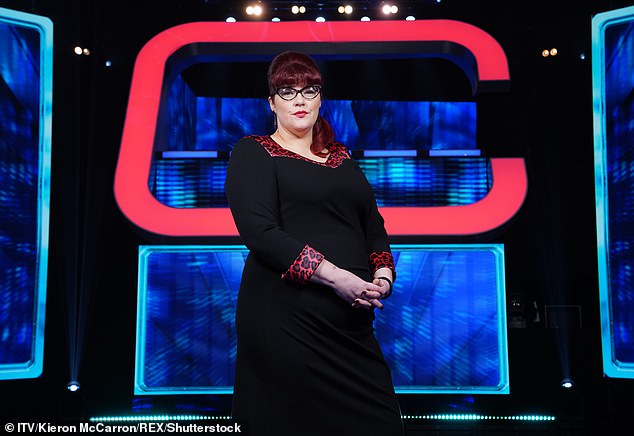 Up for it? The Chase’s Jenny Ryan has hinted that she may be keen for appearing on I’m A Celebrity in Wales because she won’t have to deal with ‘spiders, snakes and the heat’

She tweeted: ‘My main reservations about doing #ImACeleb have always been 1. The Spiders 2. The Snakes 3. The Heat, so this could be a big opportunity for ol’ Jenny.’

Jenny’s post quickly received dozens of replies and more than 1,000 likes, with many people saying they felt the same way about the idea of camping out in Australia.

I’m A Celeb alum and fellow Chaser Anne Hegerty, who went to the jungle in 2018, also commented on Jenny’s tweet.

She said: ‘Outside of trials, 1. Spiders – only one big gravid one in overhang of pool, which no one used but me, 2. Snakes – nope, they patrol the camp perimeter very carefully, 3. Heat – less than you’d think, you’re sleeping outside.’ 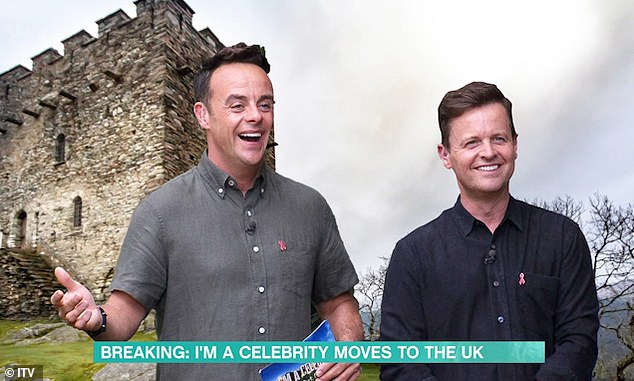 New location: This year the popular show will be filmed in north Wales instead of at its usual home of Queensland in Australia

Hints: The quiz star said not having to deal with her three main reservations could make the show’s new location ‘a big opportunity for ol’ Jenny’

This wouldn’t be the first time that Jenny – who is dubbed The Vixen on the quiz show – has appeared on another programme as in 2019 she showed off her vocal ability on Celebrity X Factor.

Other famous faces have also been speculated to be considering appearing on I’m A Celeb this year.

Before ITV announced that the show would film in Wales instead of Aus, several big names were speculated as considering joining the line-up.

A host of reality stars have been suggested, including Love Islander Tommy Fury and vlogger turned Strictly star Joe Sugg. 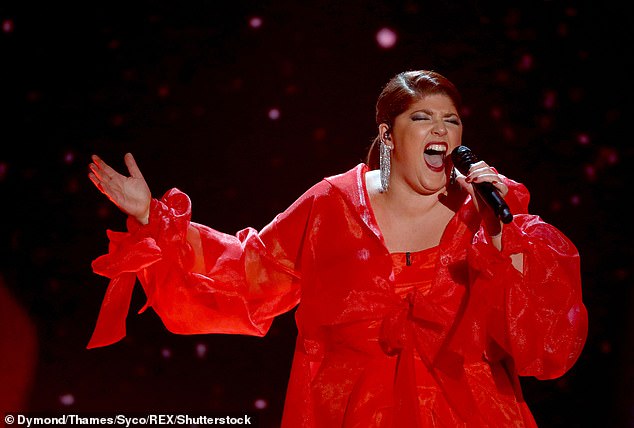 TV star: As well as The Chase, Jenny has also appeared on Celebrity X Factor (pictured on the show in Novemebr 2019)

Big names from the sports world have also been linked to the show. Boxer Conor McGreggor and former England manager Eric Cantona are among potential contestants, reports The Radio Times.

The Daily Star also reported that Vernon Kay was set for a stint in the camp, telling them: ‘I’ve been asked to do it. I’m a fan of the show and I’d give anything a go. I’m not shy of anything’.

While another big name being floated around is American Carole Baskin who shot to fame on Netflix’s Tiger King.

I’m A Celebrity will boast a different look when it returns to screens this winter, as filming has been moved from Australia’s balmy Queensland to a village in north Wales. 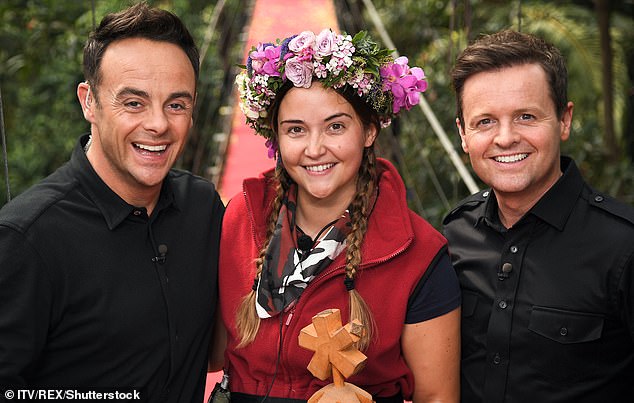 It will be back! Last week ITV confirmed that the new series of I’m A Celebrity would go ahead later this year (2019 winner Jacqueline Jossa pictured)

While viewers have become accustomed to seeing celebrities boost their careers by donning bikinis and going shirtless as they sweat out in the Jungle, the new batch will likely need to pack thermals for the new series.

And as the stars settle into their temporary digs, they will no longer get the opportunity to luxuriate in the daily delight of an outdoor shower, as they will now be bathing in a primitive tin tub, according to The Sun.

Restrictions due to the COVID-19 pandemic forced ITV to switch locations and has resulted in major changes to production, affecting everything from what food challenges stars will do to where they will sleep during filming.

While creepy crawlies such as witchetty grubs have been a mainstay on the Australian menu, dining in north Wales will have more of a local flavour, as it’s been reported their eating challenges will include sheep’s testicles. 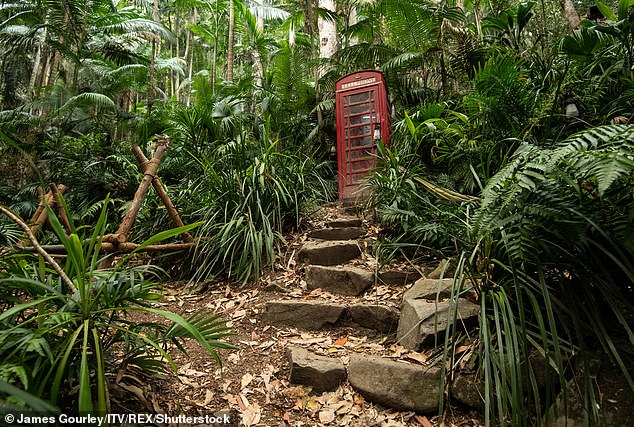 No bugs this time! I’m A Celebrity has been previously filmed at the jungle in Murwillumbah, Queensland since 2003 (the 2019 camp is pictured)

And longtime hosts Ant McPartlin and Declan Donnelly are sure to have their tongues tied when they return to filming, as they’ll be based in a village called Llanfair­pwllgwyngyll­gogery­chwyrn­drobwll­llan­tysilio­gogo­goch.

Sources have told MailOnline that the new series will be filmed in an area close to Ewloe in north Wales, though it is yet to be confirmed by ITV.

Speaking with The Sun, a source insisted that despite the changes the production team are committed to making the new show as enthralling as others.

They said: ‘Ant and Dec and the same production team are all on board and everyone is 110 per cent dedicated to making this series as brilliant as all the others.’

The change of location means a change of weather for contestants who will have to battle 8.5C (47.3F) temperatures and winds, a stark contrast to the blistering heat in the Australian jungle 22C (71.6F). 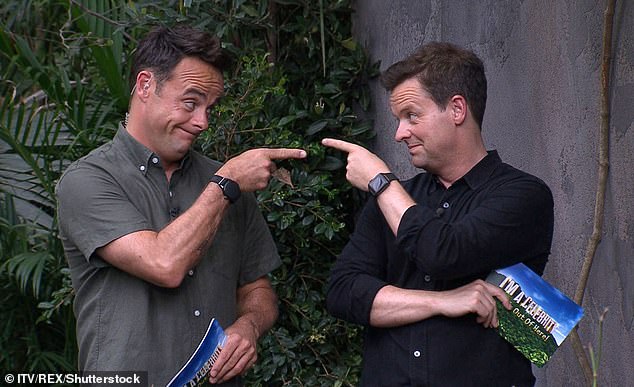 Best bits: The channel has also announced a one-off documentary called I’m A Celebrity: A Jungle Story, which will celebrate the best moments of the show’s stellar 19 year history