By Charlotte Dean For Mailonline

Tara Palmer-Tomkinson’s sister Santa Montefiore has revealed that she believes she has seen the ghost of the late star twice since her death.

The English socialite was found dead aged 45 at her London home in 2017, and her sister-in-law later revealed she had died from a perforated ulcer and peritonitis.

Santa, 50, has now admitted that she was visited by Tara following her death, and believes that the reality personality is ‘happy where she is’. 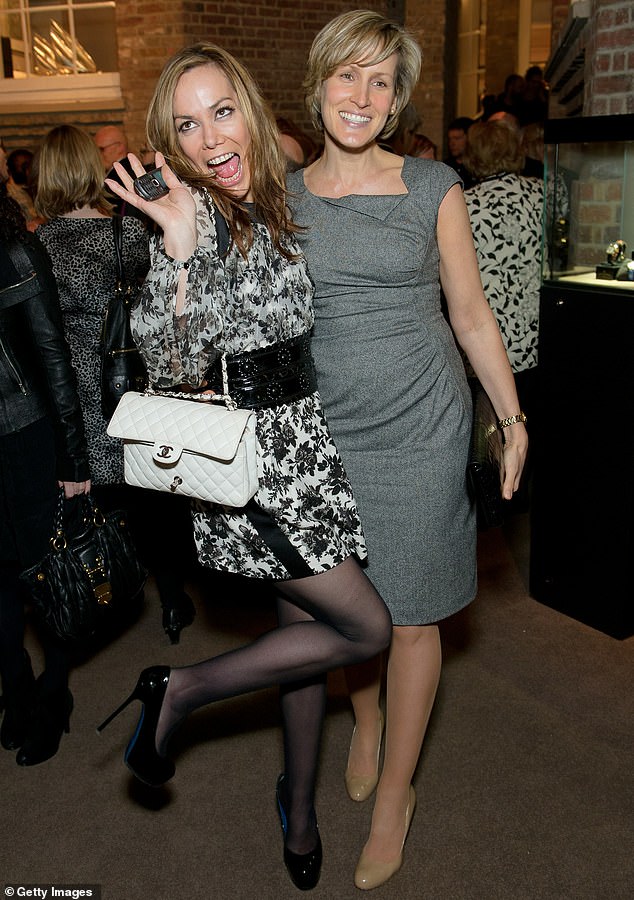 Close: Santa previously told in 2018 how her late sibling sends her signals from beyond the grave to let her know she’s not far away

She told the Sun: ‘I have actually seen Tara twice since her death – and she’s fine, she’s very happy where she is. She’s doing fine. I have also felt her presence at times.’

The trained medium revealed: ‘I have dabbled in it. I’ve done courses at the College of Psychic Studies in London – and I grew up seeing spirits a lot as a child.’

Santa previously told in 2018 how her late sibling sends her signals from beyond the grave to let her know she’s not far away.

She said her spirituality had been a ‘huge help’ and that she knows Tara is ‘OK’ because she has experienced ‘lots of moment of knowing she’s around’, she told The Sunday Times Magazine. 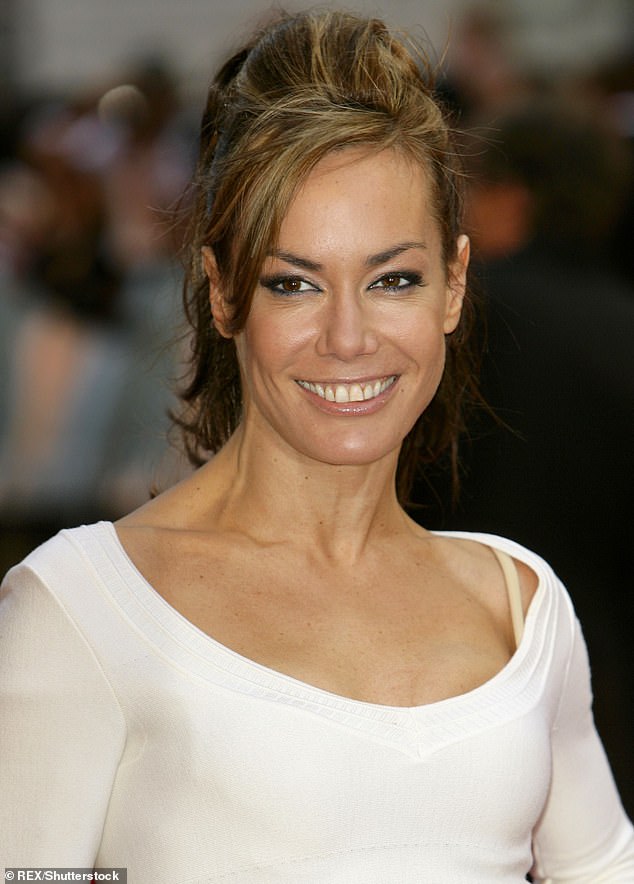 Tragic: Tara died in February 2017 at the age of 45, and her sister says her spirituality has helped her top cope with the loss

One of these moments occurred last July while listening to a recording of her sister singing with her teenage son who asked if it made his mother feel sad.

‘I said: “It doesn’t because it makes me feel close to her,’ she recalled. ‘Then all the lights went out.’

After thanking Tara for sending her a sign, the lights came back on again.

The author admitted it was ‘quite’ funny’ how her sister chose to communicate with her as she’s never been spiritual and ‘hated’ Santa talking about ghosts she’d seen in the night.

After an inquest into her sister’s death last year, Santa took to Twitter to reveal she’d died from natural causes – and ‘was not in a dark place as some have disappointingly sought to suggest’.

She wrote: ‘Today the Coroner’s report states that Tara died of natural causes – a perforated ulcer. She did not have a brain tumour.

‘Tara’s good friends & family know that she was in high spirits in her last days. She had plans, trips & had written a moving new song.’

Following the news of her sudden death, her close friends the Prince of Wales and the Duchess of Cornwall were among the first to pay tribute.

Charles and Camilla said they were ‘deeply saddened and our thoughts are so much with the family’.

A regular on the London party scene she frequently hit the headlines with her extravagant lifestyle and revealing outfits.

She had a well-documented battle with cocaine, spending up to £400 a day at the height of her addiction. She nearly died from an overdose and needed septum reconstruction surgery. 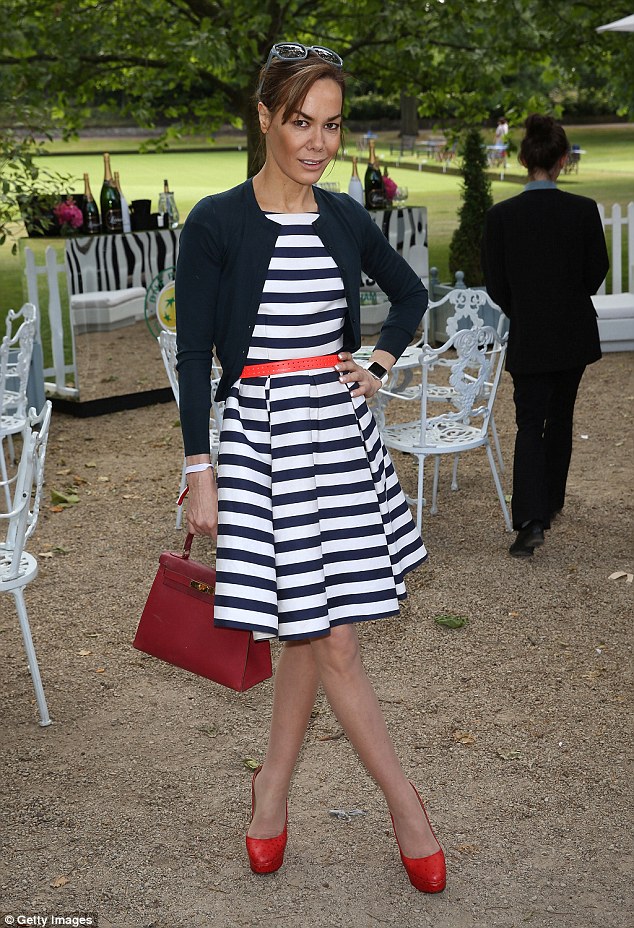 The model and socialite died from a perforated ulcer and did not have a brain tumour, her family reported last year

Miss Palmer-Tomkinson had appeared on numerous reality TV shows, coming second to Tony Blackburn on I’m A Celebrity…Get Me Out Of Here! in 2002, but in recent years she became a virtual recluse as result of her drug addiction and a nervous breakdown.

She never married, but had relationships with a number of high-profile businessmen and pop stars, including Duran Duran keyboardist Nick Rhodes. 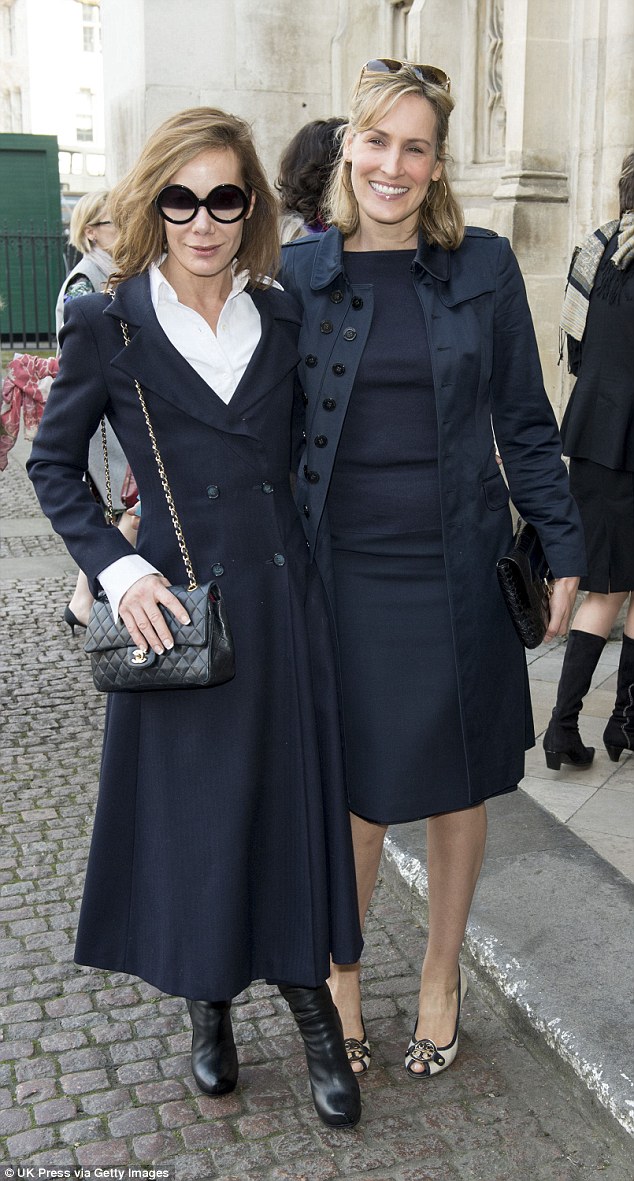 Santa, pictured with Tara at a memorial service for Sir David Frost at Westminster Abbey in March 2013