Rebecca Lobie’s most daring bikini yet: Steve Irwin’s ‘hot niece’ lets her body do the talking as she slips into a TINY two-piece that leaves nothing to the imagination

Rebecca’s Lobie’s racy bikini photos have made her a viral sensation.

And the 32-year-old niece of Steve ‘The Crocodile Hunter’ Irwin let her body do the talking on Thursday when she stripped down to her most revealing swimsuit yet.

The blonde bombshell squeezed her curves into a tiny orange two-piece that risked exposing her ample assets. 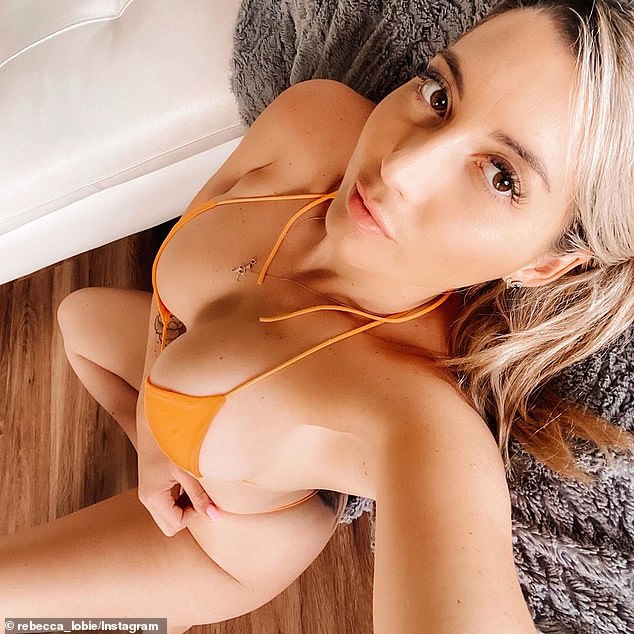 Rebecca Lobie’s most daring bikini yet! On Thursday, Steve Irwin’s ‘hot niece’ slipped into a tiny yellow two-piece that left almost nothing to the imagination

Rebecca sent pulses racing as she clutched onto her bikini bottoms and offered a sultry gaze for the camera.

Her scanty attire looked like a wardrobe malfunction waiting to happen as she snapped a selfie from a flattering high angle.

The restaurant manager has been upping the ante lately with her racy photos. 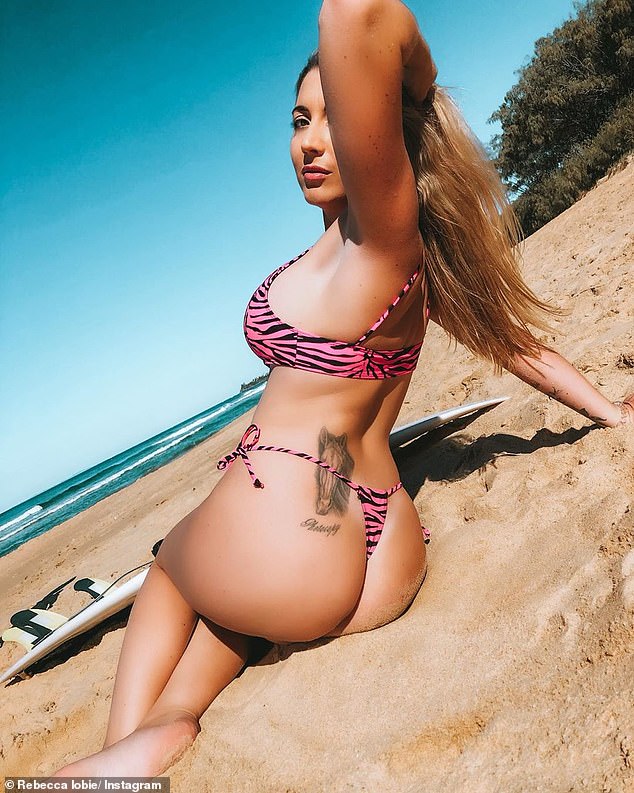 Getting hot here! Rebecca set pulses racing as she flaunted her assets in a tiny G-string bikini bottom for an Instagram post on Wednesday

On Wednesday, she slipped into a pink-and-black zebra print bikini with G-string bottoms that showed off her horse tattoo.

Rebecca rose to fame in September last year when her racy Instagram photos caught the attention of the wider media.

In the months since, she has grown in confidence and has been sharing an endless stream of jaw-dropping swimwear snaps. 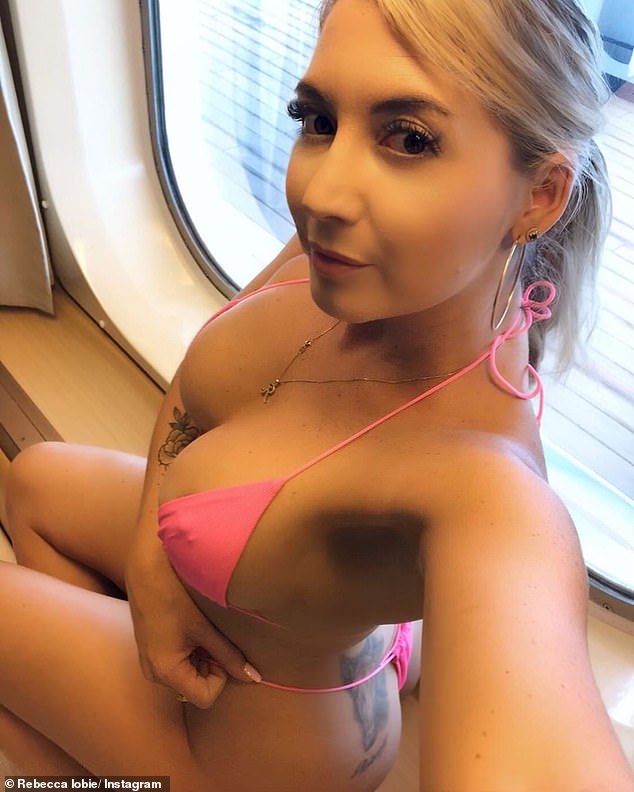 Raunchy! The 32-year-old rose to prominence in September last year after her racy Instagram photos caught the attention of the wider media

One of her most daring photos, which she uploaded last month, showed her in a neon green string bikini top that struggled to contain her bust.

Rebecca lives on Queensland’s Sunshine Coast with her husband, Mick Lobie, and their two young sons.

She is the daughter of Frank Muscillo, who is married to Steve Irwin’s sister Joy. 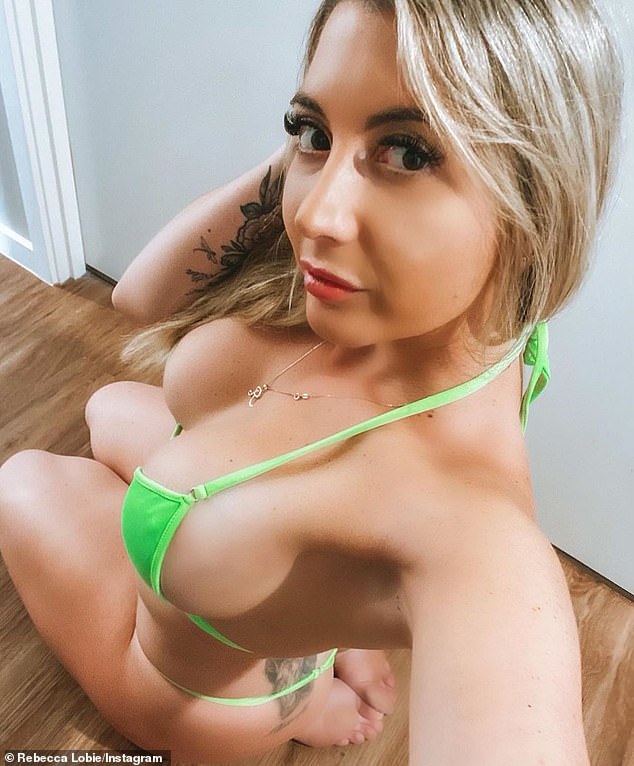 She’s not shy! In the months since, she has grown in confidence and has she shared revealing pictures of herself in skimpy swimwear

According to her LinkedIn, Rebecca was previously managing director of the Irwin family business, Australia Zoo, but resigned December 2015.

During her tenure, she oversaw ‘multiple food outlets’ at the Sunshine Coast tourist attraction, as well as ‘catering and functions’.

In 2016, The Courier Mail reported that Rebecca, who is believed to be working as a restaurant manager near her home in Mooloolaba, had cut all ties with Australia Zoo. 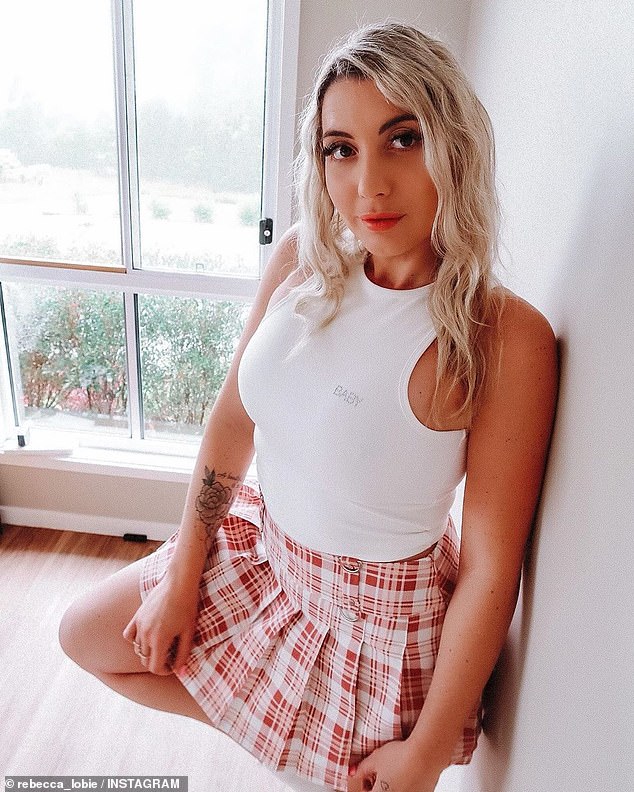 No more family ties: She is also no longer following her 21-year-old cousin, Bindi Irwin, on Instagram – despite the fact the pair were once close