The Girl Sun
Home Sport Spurs could have the deadliest attack in the league with Gareth Bale,...
Sport

Spurs could have the deadliest attack in the league with Gareth Bale, Harry Kane and Son Heung-min


When Gareth Bale finally received his hero’s welcome back to Tottenham, it left fans drooling at the prospect of the Welshman picking up where he left off.

After seven years of experience in the bank at Real Madrid, the Welshman has all the tools he needs to forge a success on his return to north London. A state of the art training ground, a new £1billion stadium, one of the most famous managers of all time – and two forwards ready to form a deadly trio with him.

Bale is in line for his second debut against West Ham on Sunday, and if everything goes to plan Jose Mourinho will have the luxury of deploying him alongside Harry Kane and Son Heung-min – an attacking unit that could be the best the Premier League has to offer. On paper at least. 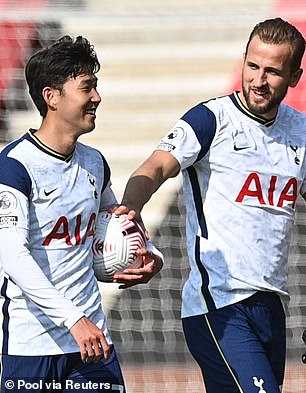 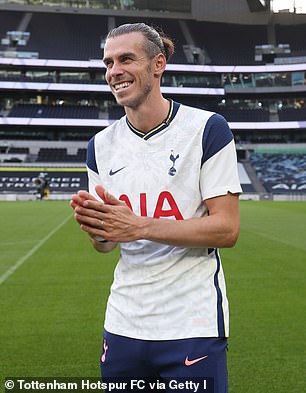 Of course, they’ve got some way to go before proving that. Liverpool’s attacking force of Sadio Mane, Roberto Firmino and Mohamed Salah tore defenders to pieces en route to a barnstorming Premier League triumph last season.

Manchester City boss Pep Guardiola, on the other hand, might also argue that Raheem Sterling, Sergio Aguero and Kevin de Bruyne cannot be rivalled by any team on the planet when all are on song.

But if Mourinho gets this one right, he could have something special on his hands indeed. And the pressure is already on – former boss Harry Redknapp has tipped the trio to fire them to the Premier League title while former icon Dimitar Berbatov admits they’re a ‘frightening’ prospect. 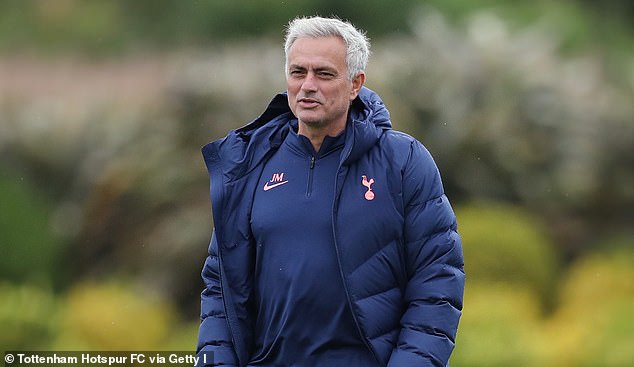 Jose Mourinho has put emphasis on counter-attacking this season, which could play an important role in how the three players shape up

Should all three be passed fit for Sunday’s derby, it will be fascinating to see how they sync together and we may have already seen the groundwork laid down for their set-up.

Kane’s role at Tottenham has been evolving constantly since he announced himself on the top-flight scene in 2014. In his breakthrough season of 2014-15 he was pretty much everywhere. He dropped into the holes, harrying and hustling high up the pitch and scoring from a number of different positions under Mauricio Pochettino’s gegenpress system.

Later on we saw him pushing up more and focusing on being a goal-getter, but since the arrival of Mourinho, there have been clear indications the Portuguese boss is eyeing a different role for his star man. His six assists this season – more than his four goals – are an anomaly, but no coincidence.

A virtuoso display against Southampton saw him sitting much deeper – almost as a false nine – picking out Son Heung-min time after time and providing the plucky South Korean star with four goals at St Mary’s as Spurs romped to a 5-2 win. 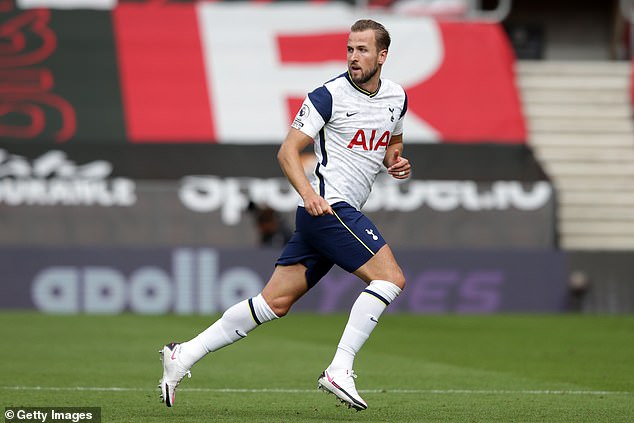 The England forward has been dropping slightly deeper, turning creator for his team-mates 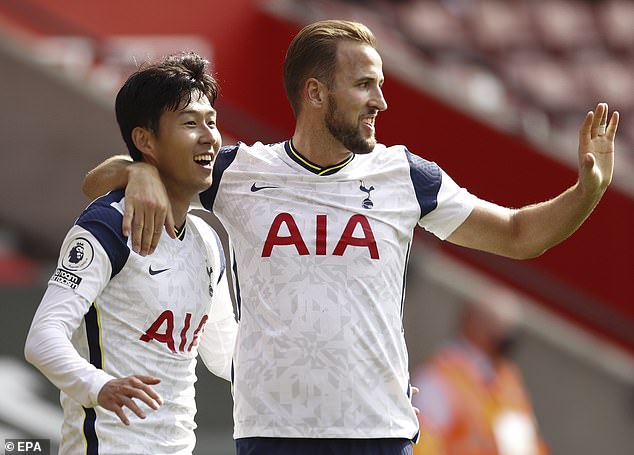 He already has a connection with Son on the pitch, with 24 goal combinations between them 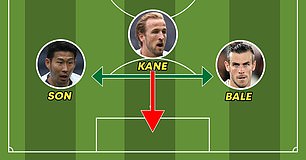 Kane could continue to drop deeper, with Bale slotting in on the right and pushing up high with Son to stretch defences

We know a Jose Mourinho side likes to hit teams on the counter attack, and it worked a treat in their last game as they inflicted another heavy defeat on Manchester United.

Kane, who scored twice and grabbed an assist, sat deeper again at Old Trafford, with Son and Erik Lamela pushing higher up and to stretch their backline.

Son, who also nabbed a brace, has developed a special relationship on his own with Kane. The pair have the most goal contributions between two players in the top-flight since 2015 with 24. In the Southampton game Kane became the first player to assist four goals to the same team-mate. When Bale is infused into this team, Mourinho needs to ensure he adds to that relationship – not take away from it.

In the old days, Spurs fans would cry out: ‘He plays on the left’ whenever their beloved Welshman was deployed elsewhere, but he’ll likely slot into that right wing slot occupied by Lamela last time out – another outlet for Kane to pick out. His pace combined with Son can give defenders a real handful on the counter. 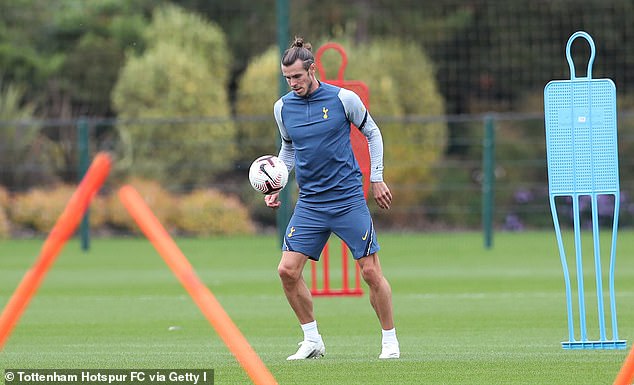 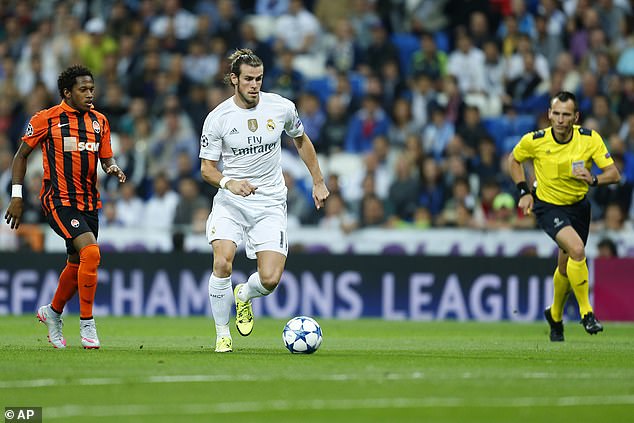 The 31-year-old’s ability to play anywhere in an attacking four plays into Mourinho’s hands, and gives Spurs some fluidity. Bale’s ‘coming of age’ season in 2012-13 – his last for Tottenham before his £85m move to Madrid – saw him play behind the striker a handful of times. He’s done it for Los Blancos on a number of occasions too, particularly under Rafa Benitez, who sought to use his speed to push forwards from deep and exploit gaps in midfield.

We know that Bale is an able goalscorer, often playing as a centre-forward for Wales, but he’s capable of swinging in an expert delivery and has the vision to unlock defences.

As he pushes into his thirties, his ability to perform gut-bursting runs will start to fade, so the possibility of him interchanging with Kane as the deep-lying forward should be explored too. 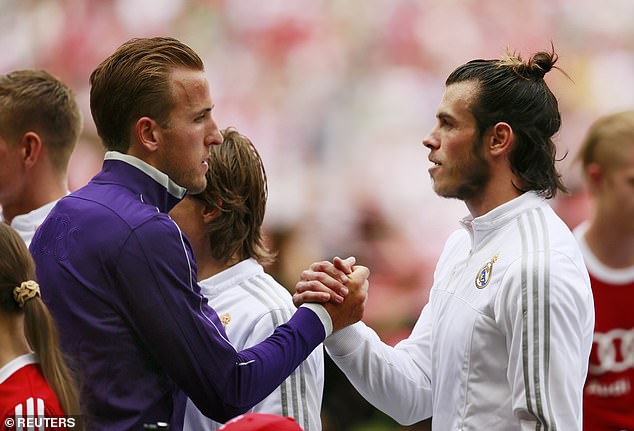 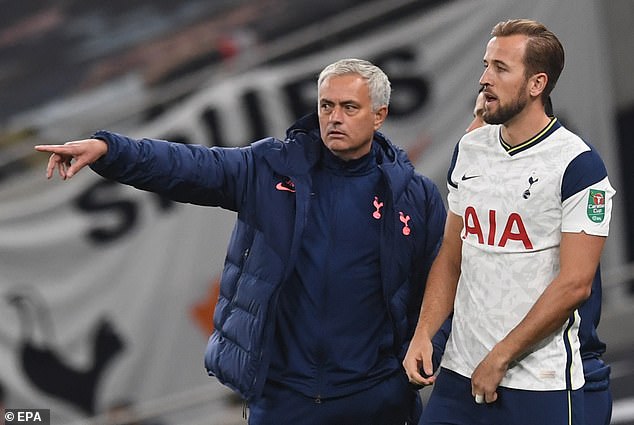 It will allow Kane to push up with the pacey Son at times and ensure his scoring rate doesn’t take too much of a hit. The England captain is chasing down Alan Shearer’s all-time Premier League goal record of 260 and he’s still 114 off that landmark.

Spurs have been trying to tease Bale’s return by showing off pictures of him in training and clips of him curling shots into the top corner. But let’s not forget, this is a player whose confidence has taken a major dent.

Cast out by Zinedine Zidane, slammed by the media, unappreciated by the fans. It might not click for him straight away at Tottenham, and his fitness record leaves a lot to be desired. He played the full 90 for Wales in early September, then picked up a knee injury, an issue which kept him out for long spells last season. 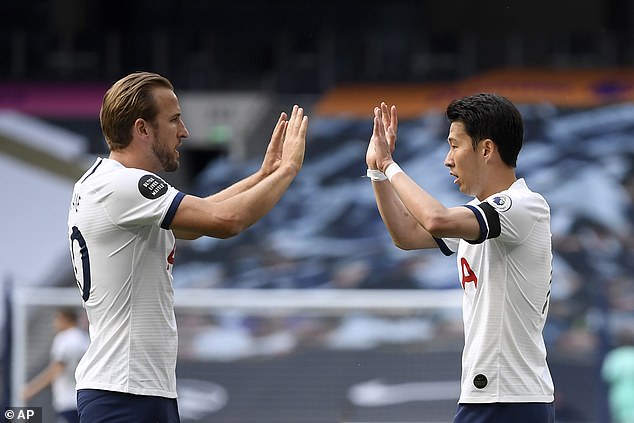 There aren’t many strike pairings in better form than Kane and Son, which can only help Bale

Spurs suffered terrible luck with injuries last season, losing Kane for four months, while Son also sat out for a chunk of the campaign. The club’s medical team will be keen to avoid similar with Bale given his track record – and to avoid the wrath of Mourinho as he looks to get his new front three to gel together.

It can take time for players to develop an understanding, so no one should expect fireworks straight away. But there is an undoubtable potential for greatness and Mourinho’s counter-attack system could be the key to unlocking it.

We’ve had MSN for Messi, Suarez and Neymar, BBC for Bale, Benzema and Ronaldo. All of the pieces are falling into place for BKS to dominate next.

thegirlsunhttps://thegirlsun.com
Previous articleLilly Becker enjoys girls' lunch with Elen Rivas and Bianca Bowie-Phillips in London
Next articleAngela Merkel warns Germans that 'difficult months are ahead of us'

Shefki Kuqi in contention for Kosovo under-21 manager's job

Everton suffer blow as left back Lucas Digne could be out...
Read more
Sport

'The Mike Tyson you know from the past, I think he's...
Read more
Sport

Next Tuesday's EFL matches will NOT be delayed by 24 hours...
Read more

With discounts of more than 70 percent in some cases, now is a perfect time to upgrade your dusty old trainers for some...
Read more

Coronavirus UK: What do the tiers mean and can I see my family at Christmas?

Almost all parts of England will face tough coronavirus curbs with a ban on households mixing indoors and restrictions on hospitality from next...
Read more

Black Friday guide: How top US retailers are preparing in pandemic

For years, Black Friday in-store sales have crept earlier and earlier into Thanksgiving Day itself, to the consternation of those who cherish the...
Read more

Olly Murs surprises a police officer by serenading her on The...
Read more