From Red Velvet Cupcake, Pumpkin Spice to Strawberries and Cream, quirky flavours of Baileys have become a must-have in home bars across the nation each festive season.

The Irish Cream manufacturers have sparked another frenzy with the announcement of a limited edition Baileys Apple Pie liqueur, available from The Bottle Club for £22.99 for 70cl.

Social media users have taken to Facebook gushing about wanting to get their hands on a bottle, with many admitting they’re already ‘drooling’ over the new release, which follows in the footsteps of other limited flavours such as Red Velvet. 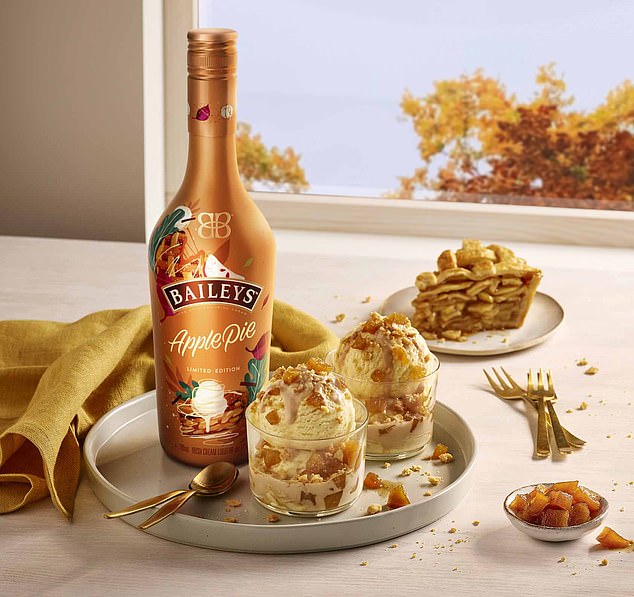 The original Baileys drink is a combination of triple-distilled Irish whiskey and rich, luxurious Irish cream.

However, the brand has given the drink a spin by recreating the taste of a classic British apple pie by combining flavours including vanilla ice cream, cinnamon and spice.

Mouthwatering on its own, the brand has revealed the new flavour can also be enjoyed drizzled on warm apple pie or poured over vanilla ice cream.

Social media users have revealed they’re eager to try the new alcoholic beverage and have already checked the shelves at their local stores in the hopes of purchasing.

One person wrote: ‘Sounds nice may have to try that’ 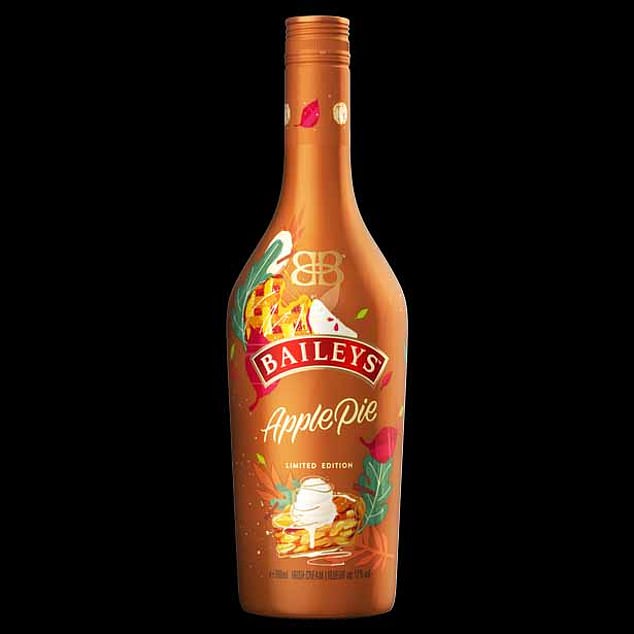 Facebook users have rejoiced at the announcement, admitting they’re already ‘drooling’ and can’t wait to try it

Danielle Merry who is head of ecommerce and marketing at The Bottle Club, told Good Housekeeping that they’re hoping the beverage will be as popular as last year’s autumnal flavours.

A description for the 17% ABV drink reads: ‘Baileys Apple Pie has taken the timeless, nostalgic dessert we all grew up loving and made it drinkable with and hint of adult fun and we couldn’t be more in love. Grab yours now to see what all the fuss is about… trust us, you don’t want to miss this one!’

Danielle said: ‘There is something intrinsically comforting about the taste of apple pie and as we head into autumn, Baileys Limited Edition Apple Pie Liqueur is the ideal beverage to appreciate with the change of season.

‘Like the introduction of Baileys Red Velvet Cupcake Liqueur last year we’re sure that this latest flavour will be incredibly popular, so stock up now so you can pour yourself a slice of apple pie and avoid disappointment!’ 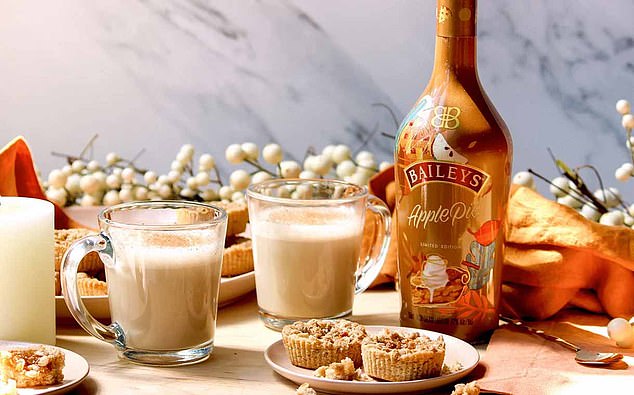 thegirlsunhttps://thegirlsun.com
Previous articleShielding for the vulnerable will NOT be brought back for coronavirus local lockdowns in England
Next articleTabitha Willett says she is trying to 'stay positive' after her split from fiancé Fraser Carruthers

Black Friday and Cyber Monday sales kick off across Australia

Prince Andrew was spotting making the most of the crisp autumnal weather this morning, enjoying an early ride around the lush grounds of...
Read more
Feamil

Covid-19 restrictions mean families around the world are facing difficult decisions over how to spend Chrsitmas and royalty is no different. It's been announced...
Read more
Feamil

US coronavirus: Doctors warn US will see 'darkest days' after Thanksgiving

Doctors are warning that the US will see the 'darkest days in modern medical history' in the weeks after Thanksgiving as the daily...
Read more

'I would NOT sign him!': Barcelona presidential hopeful Toni Freixa would rule out a move for Neymar

'I would NOT sign him!': Barcelona presidential candidate Toni Freixa would...
Read more

Bruno Tonioli will NOT return to Strictly Come Dancing

It has a stiff collar and capulet details at the waist.White buttons made for a nice contrast against the fabric and helped to...
Read more
Life & Style

MethodStep oneWhen you come to make your gravy, your chicken will be covered and resting and you’ll have your tray of chicken juices...
Read more
Health

Seven NHS trusts in England are already treating more coronavirus patients than they were at the peak of the first wave, statistics show...
Read more