He famously likened the birth of his son to ‘watching his favourite pub burn down’ and it seems that Robbie Williams’s charm doesn’t end there.

During this week’s Postcards From The Edge podcast, Robbie, 46, and his wife, Ayda Field, 41, told guests Alan Carr, 44, and his husband Paul Drayton about another cheeky thing he did.

Talking about British banter, Ayda said: ‘On my birthday cake he [Robbie] wrote “You’re officially the oldest woman I’ve ever had sex with.”’ 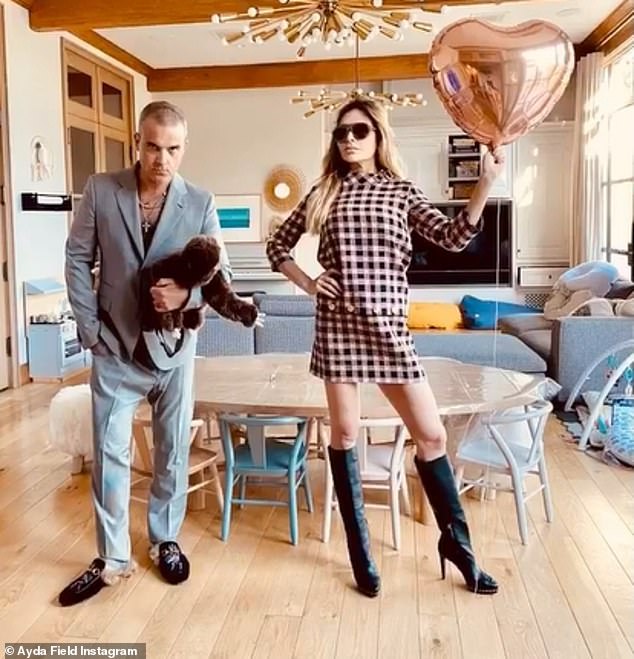 Ouch! Ayda Field, 41, told Alan Carr and his husband Paul Drayton that Robbie Williams, 46, gave her a birthday cake with the words ‘you’re officially the oldest woman I’ve had sex with’

And talking about the TV shows they love, Robbie and Ayda had a few surprises in store, because they watch Gemma Collins’s reality show and Naked Attraction.

‘Ayda, you were on a soap in the states? Have you watched many soaps in the UK?’

Ayda replied: ‘Well I’ve seen clips and obviously on Loose Women we watch a lot of clips because we have people from Coronation Street and East Enders.

‘I have to say, one thing about English soaps versus US ones is that they are a lot less glamorous. 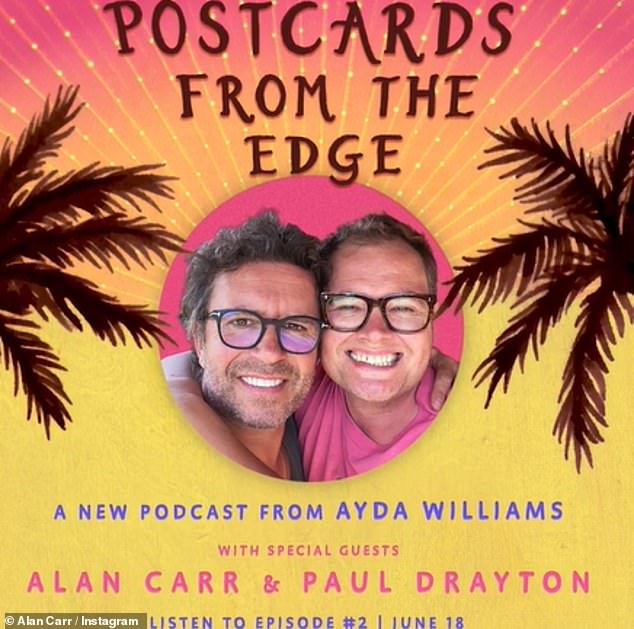 Special guests: Alan Carr and husband Paul Drayton appear on episode two of her podcast Postcards from The Edge

‘Like in the US, everyone on soaps is wealthy and beautiful and lives in mansions – I mean they kill each other, and they have affairs with each other but here they seem, for lack of a better word, a little more down-trodden. Would that be fair to say? They’re brilliant.’

Singer Robbie also said: ‘By the way can I just clarify, I really enjoyed your show GC. Just in case she is listening!’

Ayda said: ‘It was a binge watch for us too. And that’s another thing, that’s the shame about American TV, is that something like the GC actually would never make it to American TV and it wouldn’t connect. 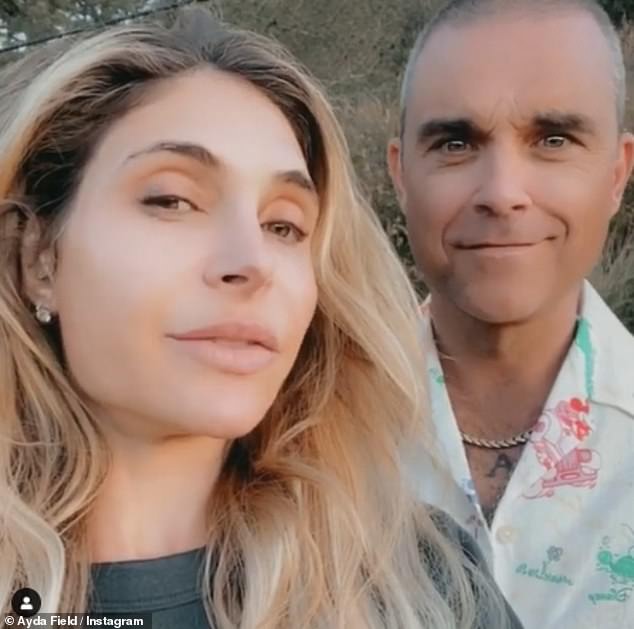 Into it: Ayda and Robbie revealed they love watching Naked Attraction and Gemma Collins’s reality show

‘Because it’s like, I don’t know what it is about the American sense of humour but it’s just so straightforward and matter of fact and harsh in its kind of way.

‘What I like is that a show like that can be here and people can watch it and it’s a shame that it’s all a bit too safe in America.’

Alan added: ‘You know what Americans don’t do that I think British people do? We create eccentrics and we create people off the wall and that’s what we do and that’s our biggest export. Eccentrics!

‘People who are normal and have a great smile – you’ll do wonders in America but in England we won’t want you.

‘But if you’re a little bit fat, you’ve got funny teeth, a funny voice, I don’t know anyone like that personally, but you know in America – they wouldn’t have me! They would be like what the f***.’ 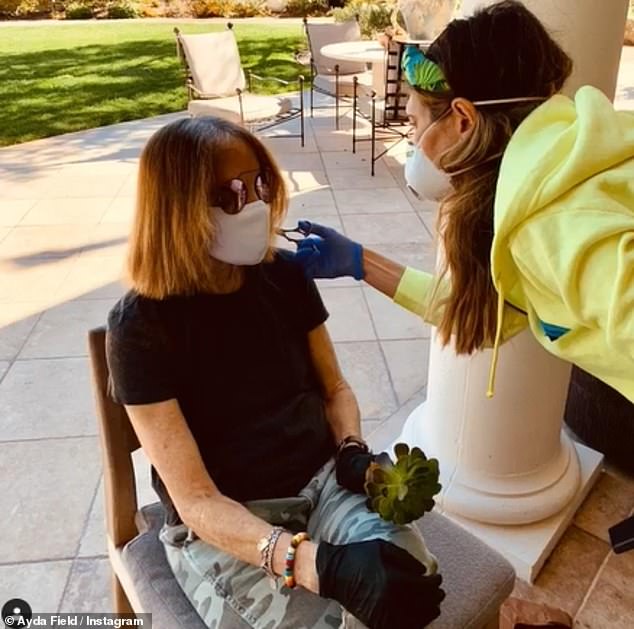 Ayda said she could relate and said: ‘AW: ‘Well you know, Rob, how can I say this gently – didn’t connect in America.

‘But I don’t think they get anything outside of the box. Like when I’m auditioning or going to stuff in America I had to be glossy and pretty and tan and skinny whereas when I got to the UK and was going on auditions, my agent was like “you need to not blow-dry your hair, no makeup, don’t wear the sexy outfit, bring it down”, which was a very strange concept to me.’

Ayda then asked Paul about his late grandmother, who had Parkinsons as her mother Gwen has been diagnosed with the same thing.

Paul said of his gran: ‘She passed about twenty years ago but she lived with it for many years. She was about 60 when she was diagnosed.’

‘I was speaking to Gwen earlier and I was saying that I think Parkinsons is such a hard disease to diagnose because other than the obvious shaking, which doesn’t develop until a year to three years on, it’s hard to diagnose.

‘But I was saying to Gwen that one of the symptoms is you get an expressionless face. And I’ve noticed that on Gwen for many years and I notice that sometimes when you’re having a conversation “she thinks I’m boring”’.

Ayda said: ‘It was like my Mom was kind of slipping away. Like I knew something was wrong but I couldn’t quite figure it out because she said she had been tested for Parkinsons.

‘We could see the shaky hands but she said she had been tested for Parkinsons so I thought “oh great thank God it’s not Parkinsons” but she had this sort of mask on her face where I would say something and she would just look like there was no life in her face, I can’t explain it.

‘She seemed old all of a sudden and my Mom has never seemed old.’

Paul said ‘So my Gran lived for about 20 years with it. And now with social media you have a load of support from your followers and stuff but my Mum always told me “if you don’t use it, you lose it” so we always kind of used to make my Grandma do everything, as much as she could, for herself.’

Postcards from the Edge premieres tonight and new episodes will air on Thursdays across all major podcast platforms.

Coronavirus symptoms update: Lacking in a vitamin could increase death risk by 99 percent