What nobody ever tells you about having a C-section: Radio 2 star Reverend Kate Bottley reveals she still gets ‘scar twinges’ 16 years on – as others report ‘nagging, fluttering and numbness’ DECADES later

By Jo Tweedy For Mailonline

Radio 2 Good Morning Sunday Reverend Kate Bottley has revealed how she still gets ‘occasional twinges’ from her C-section scars – despite her children being born 16 and 19 years ago.

The presenter tweeted her 128,000 followers on Tuesday asking for advice about the unusual pelvic pain, saying: ‘C section mamas, you still get occasional scar and epidural twinges, right? (My babies are 16 and 19).’

The question was answered with an affirmative yes, with lots of other women confirming that they still felt ‘nagging, fluttering and numbness’ often decades after the surgery during childbirth. 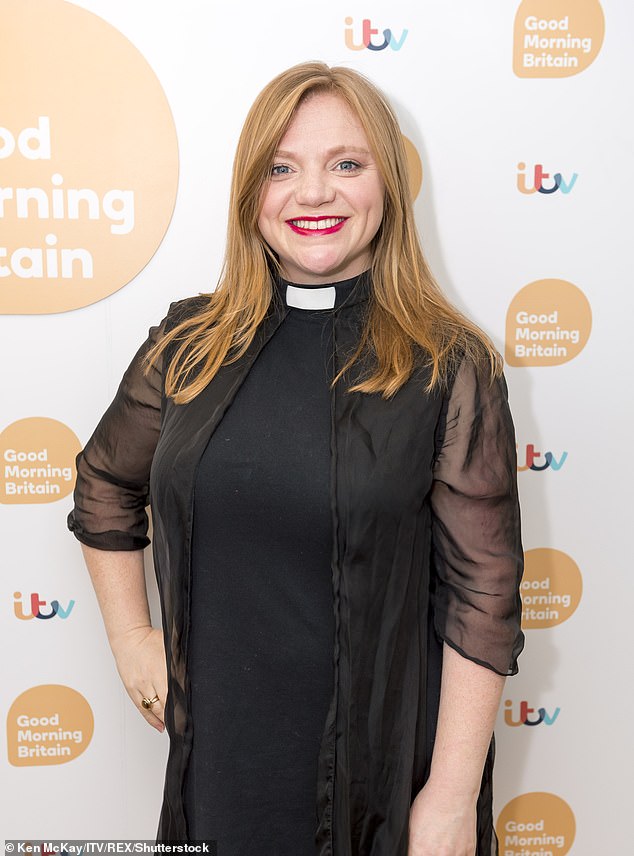 Reverend Kate Bottley told her 128,000 followers on Twitter she still gets ‘occasional scar twinges’ from her C-sectio 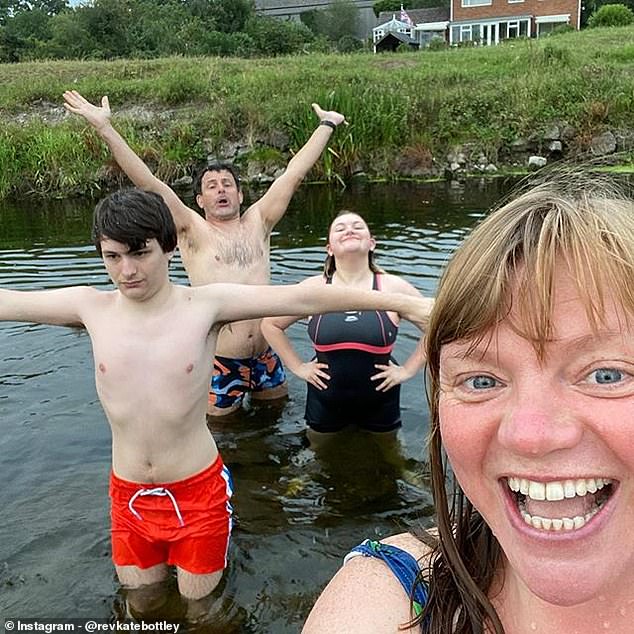 A photo shared by the Reverend of her son, daughter and husband Graham; she told followers that she wanted to normalise conversation around reproductive and birth health

@nicolag07 wrote: ‘Numbness yes! (My children are 15 and 12). No twinges though. Is it still hanging attractively over my pants? Oh yes!’

@Beytonite penned: ‘Yep 30 yrs ago scar still numb in places and still have twinges and tickly feelings. My Mum has me 59 yrs ago and has a massive scar from tummy button downwards and she has always been numb around her scar too.’

@Mrs___EM added: ‘Perfectly ‘normal’ in my book – x3 emergency C-sections, first was 24 years ago – weird twinges & numbness, like the scar isn’t actually mine. Gives me the heebie jeebies – deffos worth it though and I am dead proud of my ‘not quite on top of each other’ scars!’

The radio star received an affirmative yes when asking her Twitter fans whether also experienced sensations caused by a c-section years previously (Kate, second from left, pictured with her family)

Later Rev. Bottley wrote: ‘Two things. Great to know I’m not alone and this is others’ experience and how important it is to normalise conversation around reproductive and birth health.’

She added: ‘Thanks to everyone who replied, I’m off to take a paracetamol and refill the hot water bottle.’

Dr Pat O’Brien, Consultant Obstetrician and Vice President of the Royal College of Obstetricians and Gynaecologists, told FEMAIL that such symptoms were unusual following a C-section.

He said: ‘In the absence of complications, most women will have largely recovered 6-8 weeks after their Caesarean section.

‘A minority of women will feel some twinges for a few weeks, or occasionally a few months, after that. But long-term pain after an uncomplicated Caesarean section is very unusual.’

Rev Bottley shot to fame with her appearances on Channel 4’s Gogglebox between 2014 and 2016 alongside husband Graham. The reverend and broadcasting star, who has also appeared on Celebrity Masterchef, now presents radio show Good Morning Sunday with presenter Jason Mohammad.

WHY DO WOMEN NEED C-SECTIONS?

There are various reasons why a doctor may recommend that you have a caesarean section instead of giving birth vaginally.

If you had complications in a previous pregnancy or birth, or in your current pregnancy, you may be advised to have what’s called a planned or elective caesarean, or a planned repeat caesarean.

If you were planning to give birth vaginally, but complications during labour or birth mean that you’re advised to give birth by caesarean, you’ll have what’s called an unplanned or emergency caesarean.

Here are some reasons why doctors may opt for a planned or emergency caesarean, rather than a vaginal birth:

REVEALED: All of the massive food deals about to launch at...
Read more
Feamil

An Australian personal trainer with 14 years of experience and a leading nutritionist have shared the perfect four-week fitness and dieting plan to...
Read more
Feamil

Instaglam: The Duchess of Cambridge remains one of the best dressed celebs on Instagram

Instaglam: FEMAIL reveals how The Duchess of Cambridge remains one of...
Read more
Feamil

A new serum that promises to brighten the face with a natural glow and leave skin looking years younger is making waves across...
Read more