By Keith Griffith For Dailymail.com

The cities of Portland, Oregon and Oakland, California have joined together in a lawsuit accusing the federal government of ‘constitutional overreach’ for using federal officers to quell violence and unrest during protests.

A DHS spokesman told DailyMail.com: ‘Yet again, dangerous politicians and fringe special interest groups have ginned up a meritless lawsuit. They aim to harm President Trump and distract from his law and order agenda.’

‘Department of Homeland Security have acted entirely lawfully. Instead of condemning the violence we are seeing across the country, these politicians focus on scoring cheap political points to the detriment of the American people,’ the spokesman added in a statement.

The Department of Justice did not immediately respond to requests for comment from DailyMail.com. 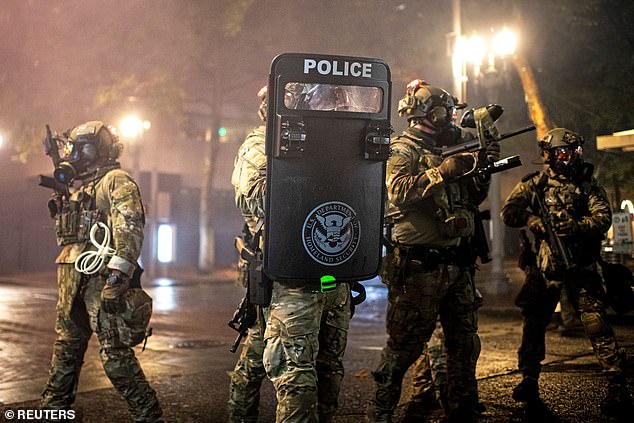 Federal law enforcement officers guard a courthouse during unrest in Portland on September 23. Portland and Oakland are suing the DOJ and DHS over the use of federal agents 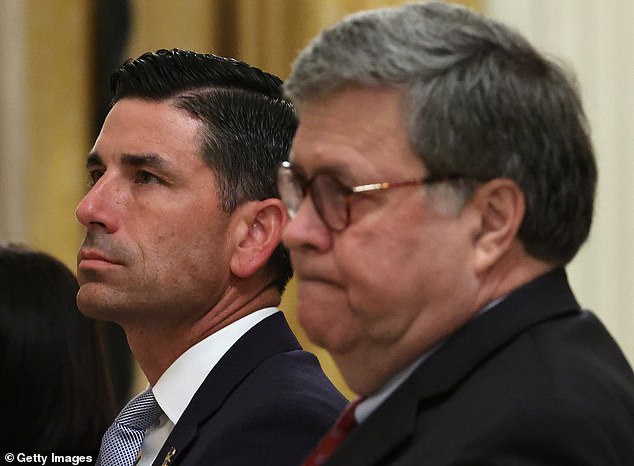 Over the summer, federal agents were frequently seen on the streets of Portland, confronting protesters there during more than 100 consecutive nights of violent unrest during protests against racial injustice and police brutality.

Similar scenes have not been reported in Oakland, and that city appears to have joined the lawsuit to thwart the possibility of its city cops being cross-deputized as federal agents.

The lawsuit claims that the Trump administration has used ‘unlawful and unconstitutional overreach’ to target ‘progressive’ cities for ‘expanded and unbounded’ federal enforcement.

It cites the dispatch of federal officers ‘either secretly or with little warning’ to Portland and the continued authorizing of special deputy U.S. marshal status to Portland police despite the city’s objections.

The suit also complains that federal officers have been deployed to non-federal property with ‘virtually limitless jurisdiction’ in Portland, and erected a fence around the federal courthouse there without a permit. 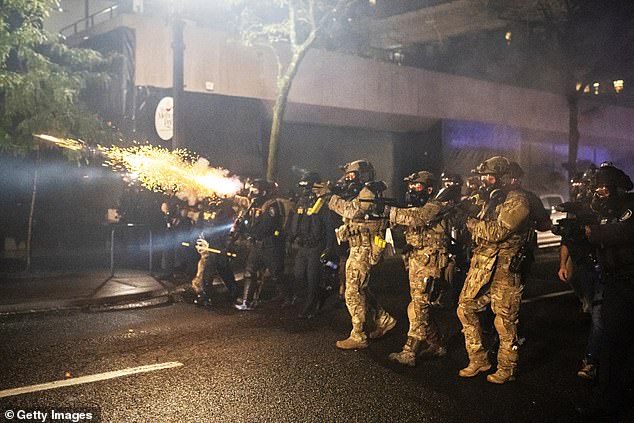 Federal officers disperse a crowd on September 23 in Portland 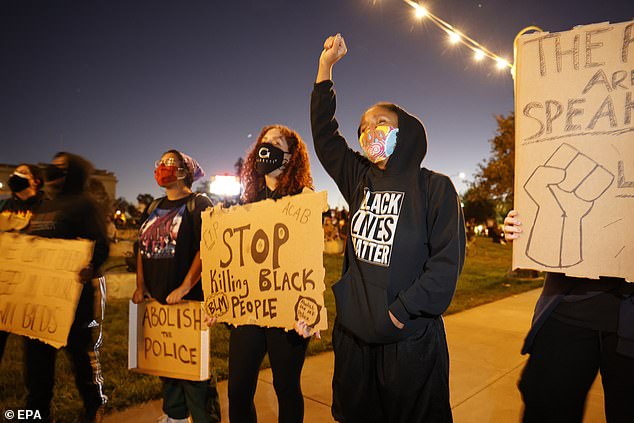 ‘President Trump has long issued threats against cities he views as progressive or racially diverse,’ the suit states.

Portland Mayor Ted Wheeler, who faces a tough re-election in November, has voiced opposition to the practice of cross-deputizing local cops in his city, giving them power to enforce federal laws.

It also allows federal prosecutors to charge anyone who assaults the local cops with assault on a federal officer, and the move has been praised by police unions concerned about officer safety. 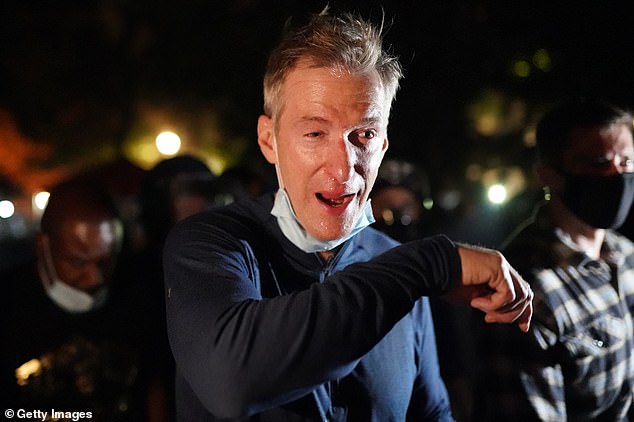 Portland Mayor Ted Wheeler reacts after being exposed to tear gas fired by federal officers while attending a protest in front of the Mark O. Hatfield US Courthouse on Wednesday

Wheeler, a Democrat who is also Portland’s police commissioner by city statute, was tear gassed by federal agents while participating in a protest outside the federal courthouse in July.

The lawsuit claims the cross-deputizations constitute ‘lawless commandeering of local law enforcement’ and says ‘these deployments run roughshod over the longstanding federalist balance of the general policing power.’

Social media users have been left stunned by strange rooms and bizarre items found on a 3D walkthrough tour of a large home...
Read more
U.S

Ghislaine Maxwell: Two cameras trained on her in cell at all times

Ghislaine Maxwell has two cameras trained on her inside her prison cell at all times to ensure her safety, a friend of her...
Read more
U.S

Anna Wintour, 70, dumped partner Shelby Bryan as she got 'bored'

Jerry Oppenheimer is the author of the bestselling biography of Anna Wintour, FRONT ROW: The Cool Life and Hot Times of Vogue's Editor...
Read more
U.S

Philadelphia residents were faced with their destroyed businesses Tuesday morning after looting and rioting erupted in the city last night in outrage over...
Read more

Former First Daughter Sasha Obama has become a TikTok star after a video of her rapping to a City Girls song went viral...
Read more

Britain today recorded 367 more Covid-19 victims in the highest daily death toll since the end of May as a senior health official...
Read more

Mr Biden remains ahead of US President Donald Trump in the latest national opinion polls with just one week to go until the...
Read more

Fast and Furious franchise set to wind down and close out...
Read more