Are you a breast or a thigh man? Piers Morgan admits he orders a KFC as soon as his wife leaves the house because she ‘force feeds him kale’

By Rebecca Davison for MailOnline

Piers Morgan might be living the high life these days but that doesn’t mean he doesn’t love the simple things in life.

The 55-year-old revealed on Good Morning Britain on Tuesday that he loves to order KFC behind his back Celia Walden’s back, because she force feeds him kale.

He said: ‘I’ve been talking to the crew about having a KFC moment at the weekend. My wife and daughter normally force-feed me kale.

On a wing and a prayer: Piers Morgan told Good Morning Britain on Tuesday he orders a KFC as soon as his wife leaves the house because she ‘force feeds him kale’

‘The moment they nipped out I immediately hit UberEats for a KFC delivery. I like things conventional. I like an original three-piece.

‘You get a drumstick, wing, thigh, breast, chips and baked beans – they are crucial with a KFC and extra salt.’

Co-host Susanna Reid, 49, ordered him to ‘stop drooling’ as he recalled his tasty meal. 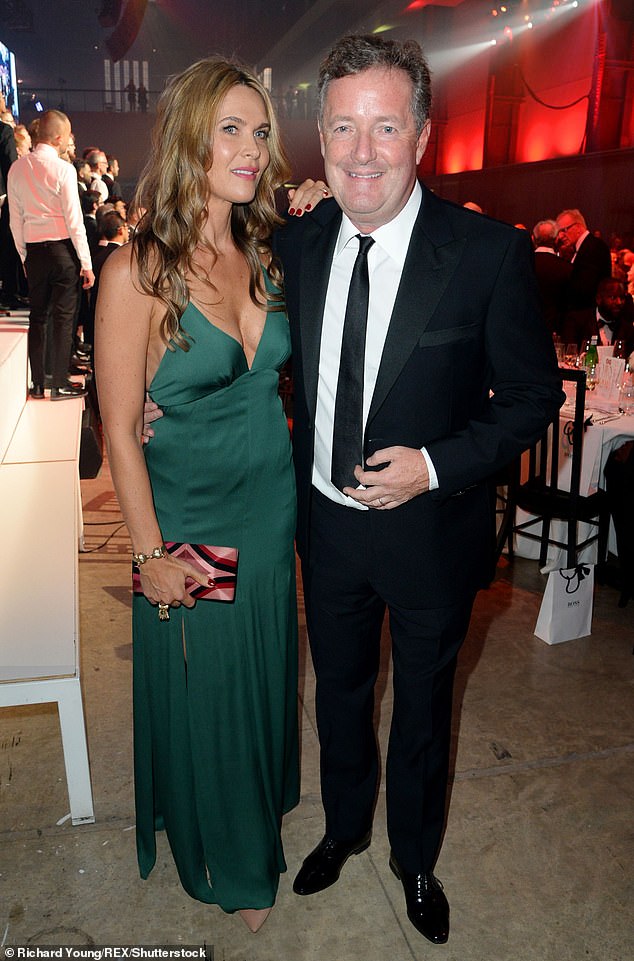 He said: ‘The moment they nipped out I immediately hit UberEats for a KFC delivery. I like an original three-piece’ (pictured with Celia Walden in September 2018)

Earlier this month, Piers joked that Susanna had ‘fat-shamed’ him after she teased him about his weight.

He said he had enjoyed his first McDonald’s meal in four months since the UK went into lockdown.

He said: ‘Very quickly, I know you’ve been worried. Finally, the wait was over. Here we are, Wandsworth Bridge, McDonald’s drive-thru, at the weekend.

Seemingly unimpressed, Susanna replied: ‘Thanks for putting us all out of our misery. Not so much as the wait was over as the weight was piled on apparently.’ 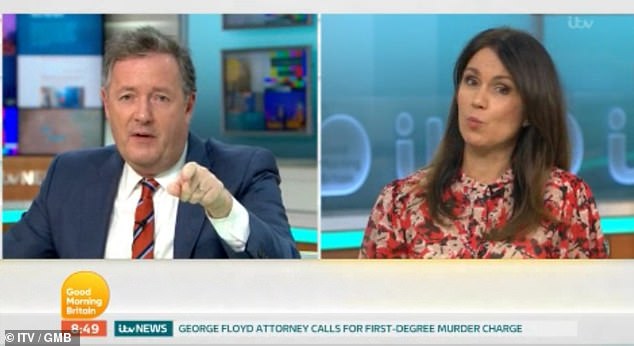 Playful: Piers previously joked that Susanna Reid had ‘fat-shamed’ him after she teased him about his weight

Looking to the camera, Piers then shot back: ‘Thank you, again, for fat-shaming me’.

The jibe comes after Piers admitted he’s put on some weight during lockdown after indulging in takeaways and wine with his wife Celia Walden.

The broadcaster said that his other half is a bad influence on him for encouraging him to have treats in the evenings.

Speaking to Susanna, the Life Stories presenter admitted: ‘I have put on a bit of weight in lockdown’.

Susanna insisted its a common occurrence, replying: ‘They call it the Covid 10’.

Piers explained that he adheres to a healthy diet during the day but finds it harder to resist indulging in the evenings.

He said: ‘I wait all afternoon, and I get to about 6 o’clock, and my wife goes “shall we have a Chinese, or get the wine out?”‘

Susanna noted that Celia has managed to keep trim during lockdown, saying: ‘Celia has this special ability not to pile on the pounds.’

Piers has shared a look at some of his lockdown meals on Instagram, recently uploading a snap of himself about to tuck into a curry meal. 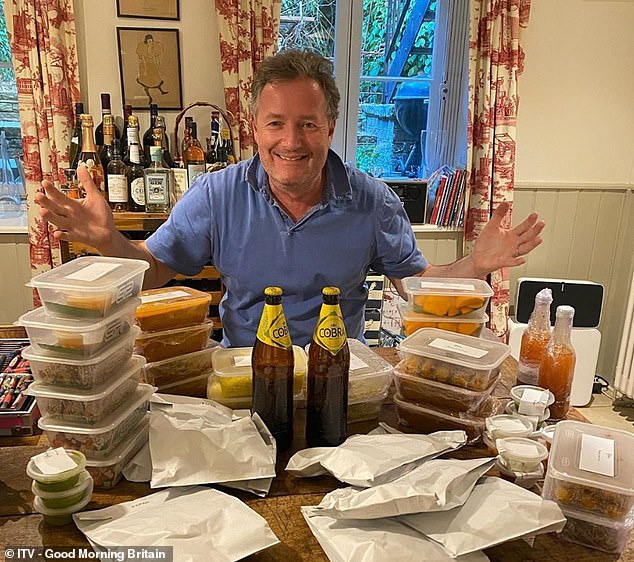 Diet: Piers joked on a recent episode of Good Morning Britain that his wife Celia Walden is a bad influence on him for encouraging him to have treats in the evenings

Jimmy Barnes reveals he had cosmetic surgery to pin his ears