By Ariel Zilber For Dailymail.com

Phil Collins sent a cease and desist letter to the Trump campaign demanding that it no longer play the British rocker’s 1981 hit song In the Air Tonight after the president’s team used it during Wednesday’s rally in Iowa.

The song was played to the crowd of hundreds of supporters who gathered near the tarmac at Des Moines International Airport on Wednesday as President Trump was arriving on Air Force One.

As the plane carrying the president made its approach for landing, the song played in the background.

As Trump deplaned Air Force One and came down the stairs, he was met with roaring applause. The president made a grand entrance to Survivor’s hit song Eye of the Tiger. 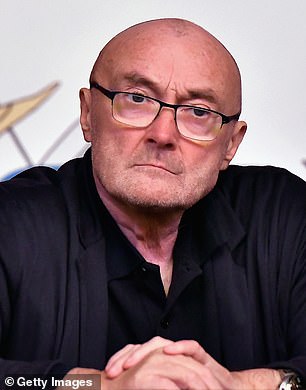 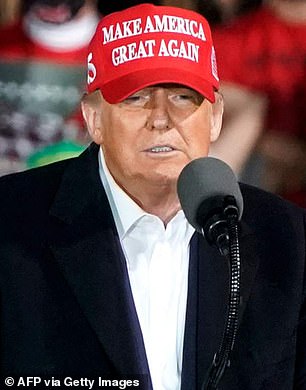 Representatives for Phil Collins (left) have sent a cease and desist letter to the campaign of President Trump (right) demanding that it no longer play his 1981 hit song In the Air Tonight at his rallies. Trump is seen right in Des Moines, Iowa, on Wednesday 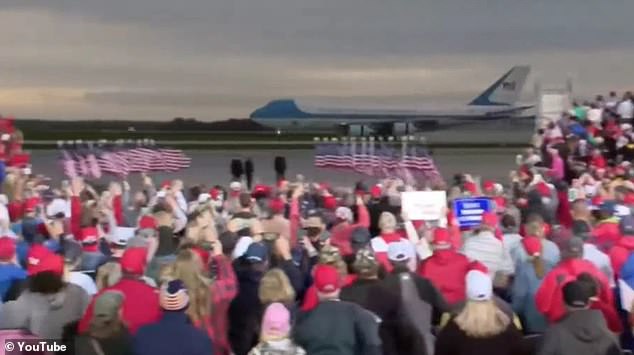 Collins’ representative told Consequence of Sound that the campaign did not have the artist’s permission to use the song.

‘Yes we are well aware of the Trump campaign’s use of this song and we have already issued a “cease and desist” letter via our lawyers who continue to monitor the situation,’ the rep said.

The Trump campaign has been contacted by DailyMail.com for comment.

Some people found the campaign’s use of In the Air Tonight as being in poor taste given that the country is in the grip of a pandemic caused by an airborne virus.

At least 20 hit-making recording artists have publicly demanded that Trump stop using their songs during his rallies and speeches. 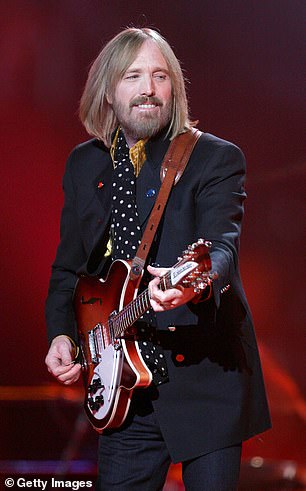 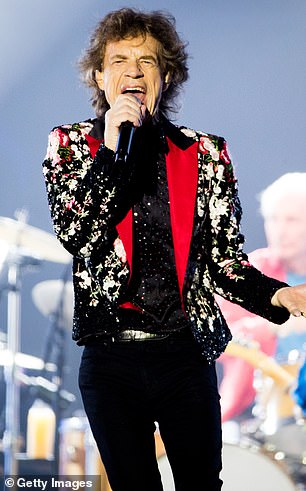 The family of Tom Petty (left), who died in 2017, asked the president’s campaign to stop playing his hit song I Won’t Back Down at his rallies. The Rolling Stones (led by front man Mick Jagger, who is seen right) once threatened legal action to get Trump to stop using the band’s material

Earlier this year, the family of the late rocker Tom Petty sent a cease and desist letter to the campaign after it played I Won’t Back Down.

The family said the song was written for the ‘underdog’ and ‘common man’ and that the president did not represent either.

The Rolling Stones, Rihanna, R.E.M., Prince, Panic! At the Disco, Pharrell Williams, Nickelback, Neil Young, Adele, George Harrison, Elton John, Guns N’ Roses, and Luciana Pavarotti have all objected to the use of their material during Trump rallies.

A father suspected of throwing his infant daughter from a second-floor balcony to her death and setting his fiancee's apartment on fire in...
Read more
U.S

An Asian former Uber driver has accused the company of 'intentional discrimination' against racial minorities by relying on its five-star rating system to...
Read more
U.S

A Seattle woman, 23, who traveled to Dallas to visit her ex-boyfriend has been missing for three weeks after taking a Lyft alone...
Read more
U.S

A father suspected of throwing his infant daughter from a second-floor balcony to her death and setting his fiancee's apartment on fire in...
Read more

Denise Richards, 49, continues to look glum while in Spain to promote her series Glow And Darkness

Denise Richards has been in Madrid, Spain this week to promote her new TV project Glow And Darkness. At the press call on Monday,...
Read more

Nxivm: Keith Raniere to be sentenced for sex trafficking today

NXIVM leader Keith Raniere is facing life in prison. He has not been seen since before...
Read more

Government plans to send elderly Covid-19 hospital patients back into care homes will be like 'throwing a lit match into a haystack', a leading...
Read more
Tv & Show

'It was hard not to take it personally': The Crown's Emma...
Read more
News

A Home Office policy which gave migrants as little as 72 hours' notice of their impending deportation has been ruled as unlawful. The Court...
Read more