‘I was in pain and misery’: Ozzy Osbourne, 71, believed he was dying and his family were trying to hide it from him after excruciating spine surgery

Ozzy Osbourne has revealed he believed that he was dying and his family were trying to hide it from him after undergoing excruciating spine surgery.

The Black Sabbath rocker, 71, has endured the flu, had multiple hospitalisations, neck surgery, and has been diagnosed with Parkinson’s disease in recent years.

Ozzy said he was in so much pain during a recent surgery on his back that he was convinced the end was in sight. 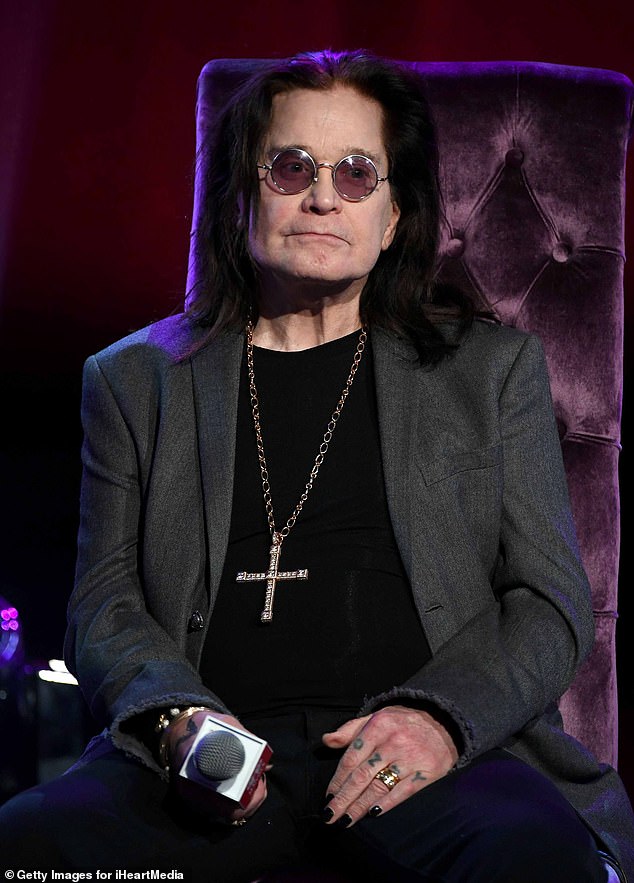 Brave: Ozzy Osbourne has revealed he believed that he was dying and his family were trying to hide it from him after undergoing excruciating spine surgery (pictured February 2020)

Speaking to SiriusXM, Ozzy said: ‘I’m not back to 100 percent. I’m about 75 percent there, but it’s such a slow recovery.

‘Spine surgery is bad news, man. I’ve been in such a bad state with pain; I’m still having a lot of pain.

‘There was a point I was convinced that I was dying. I was in that much discomfort and pain and misery. I thought they were all hiding it from me. 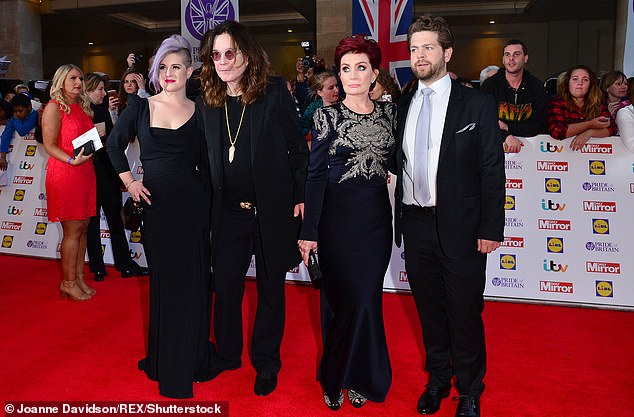 Tough times: The Black Sabbath rocker, 71, has endured the flu,had multiple hospitalisations, neck surgery, and has been diagnosed with Parkinson’s disease in recent years (pictured with wife Sharon and children Kelly and Jack)

He is also father to Louis, Jessica and Elliot from his first marriage to Thelma Riley.

Ozzy is on the journey to recovery  from the surgery and revealed he has stopped taking his pain medication.

In January this year, the singer revealed that he has Parkin 2 – a form of Parkinson’s which he said is the cause of nerve pain and leaves his legs cold. 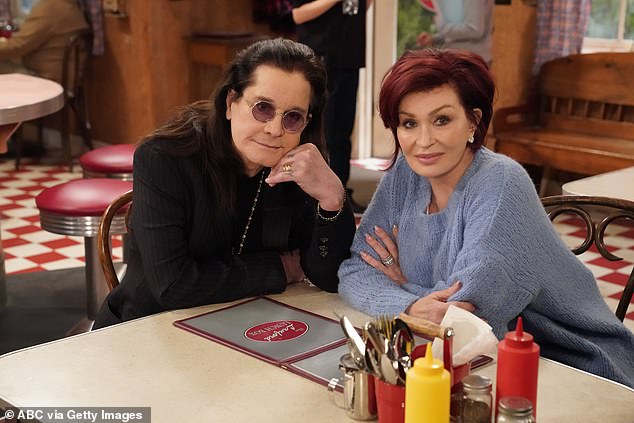 Health battle: Speaking to SiriusXM, Ozzy said: “I remember saying to [wife] Sharon, “You’ve gotta level with me. Is it worse than you’re making it out [to be]?” She says, ‘No.”

The star had been hiding his condition for a year, but he finally decided to go public with his diagnosis in 2020 as he seeks ongoing treatment.

According to Ozzy, he was in ‘constant’ pain and the past year has been the ‘most miserable’ of his life as he wasn’t sure if he would even be able to walk ever again.

The singer told Good Morning America earlier this year: ‘It’s not a death sentence by any stretch of the imagination but it does effect the nerves in your body. It’s like you’ll have a good day, then a good day and then a really bad day.

‘A year ago I was in a terrible state. I’m on a host of medication , mainly for the surgery. 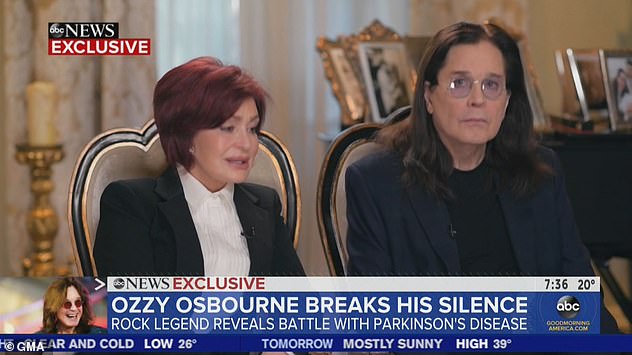 Health battle: The media personality shocked fans when he revealed that he has Parkinson’s in an emotional interview with his wife Sharon last month 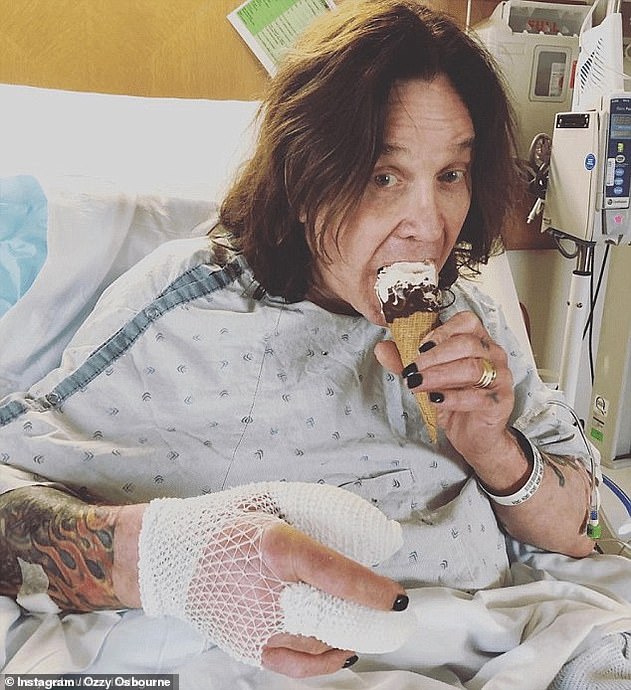 ‘I’ve got numbness down this arm and my legs are going cold. I don’t know if it’s the Parkinson’s or what. That’s the problem.’

Ozzy recently made his first solo album in 10 years which is called Ordinary Man.

He believes music has been instrumental in his recovery, and he is hoping the pandemic will pass so he can get back to performing on stage.

He said: “That whole album came out of nowhere and it was so much fun.

‘I cannot wait [to get back on stage], but I was talking to Tony Iommi the other day, and he was saying with the way it’s going with this, indoor shows will be a thing of the past.’

The number of people diagnosed with Parkinson’s in the UK is about 145,000, while the condition affects one million Americans a year.

It causes muscle stiffness, slowness of movement, tremors, sleep disturbance, chronic fatigue, an impaired quality of life and can lead to severe disability.

It is a progressive neurological condition that destroys cells in the part of the brain that controls movement.

Sufferers are known to have diminished supplies of dopamine because nerve cells that make it have died.

There is currently no cure and no way of stopping the progression of the disease, but hundreds of scientific trials are underway to try and change that.

In the US, physicians consider it largely one type of condition with various stages; young onset Parkinson’s or atypical Parkinson’s.

In Europe, some doctors and researchers specify different types of the condition.

Treatment is mostly made up of medication. In some cases, doctors perform Deep Brain Stimulation surgery to try to hit the nerves more directly.

NYCFC fall to Portland in MLS is Back quarterfinals