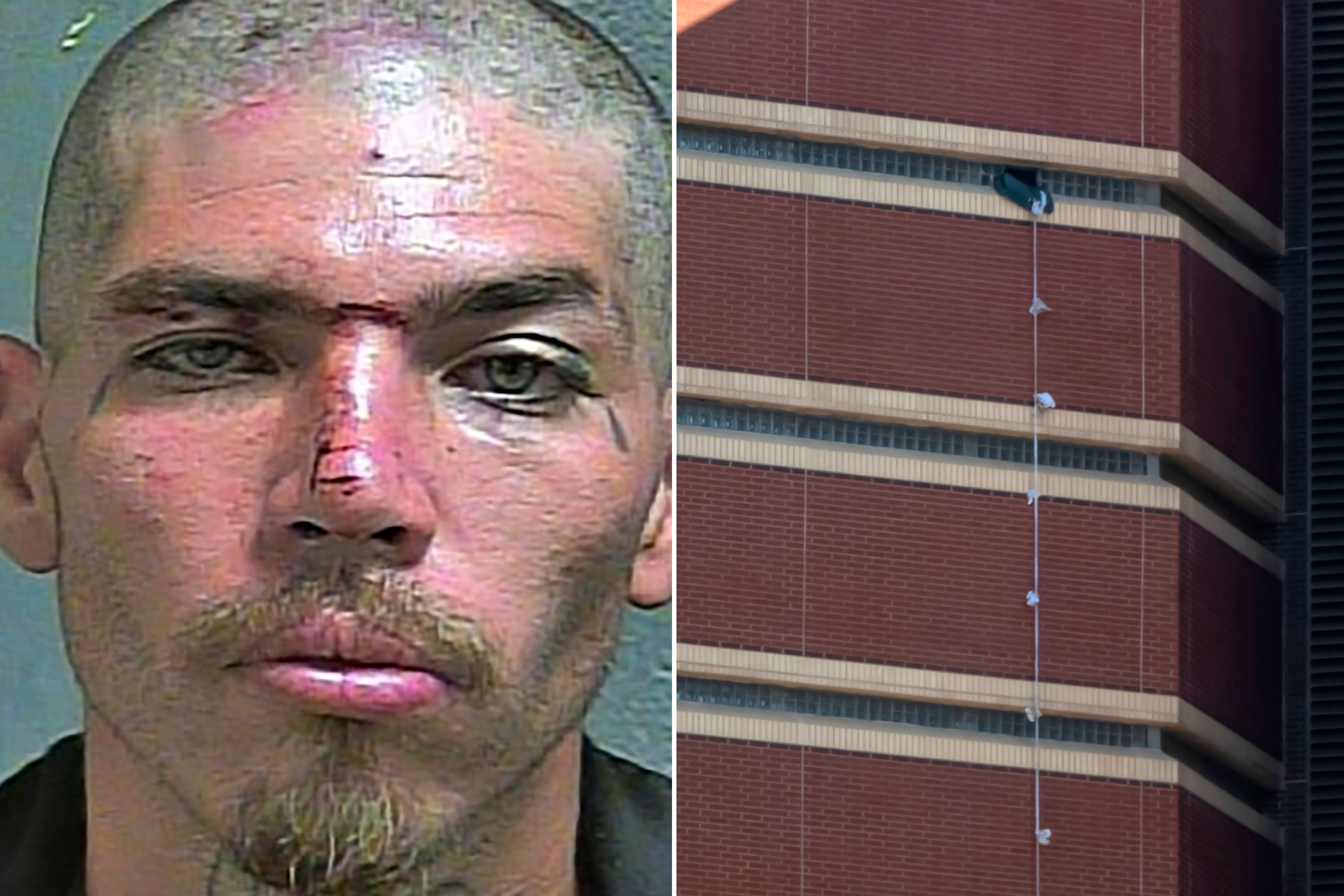 Just before dawn, two inmates on the 12th floor of an Oklahoma jail shimmied down a rope fashioned from dozens of bed sheets — and made their own daybreak.

Jailers only found out about the great escape because the cops stumbled across one of the prisoners, who broke his leg on the ride down and collapsed just outside the jail’s secure perimeter, an investigator told the Oklahoman newspaper.

They looped the end of their 100-foot bedsheet rope to the leg of a metal desk in their digs, cut a metal grate and then broke their glass blocks to freedom. They left behind a hand-scribbled diagram of the jail, according to the newspaper, citing a police report.

Hernandez, accused of rape and indecent exposure, fell from the fourth floor, fracturing his ankle.

Robledo, suspected of being involved in a fatal gang shooting, changed into jeans and a shirt. He was captured — on foot, wearing cowboy boots — 6 miles away several hours after he made his dash. Sheriff’s deputies walked him back to the jail, the newspaper reported.

“We devoted every ounce of manpower we had to get this fugitive back in custody because we really believed he’d be a great threat to our community,” said US Marshal Johnny Kuhlman, who led the manhunt. “He was walking down the street in a front yard and confronted and arrested.”

Authorities described the jail as escape-proof when they cut the ribbon in 1991. Not two months later, two inmates tied together bed sheets and made their way to the ground, but they were just the first ones.

Friday’s flit, though, was the first one in years that used bedsheets.

Germany, France blast US for leading WHO reform talks after quitting

US Postmaster General promises service ‘not slowing down’ mail voting