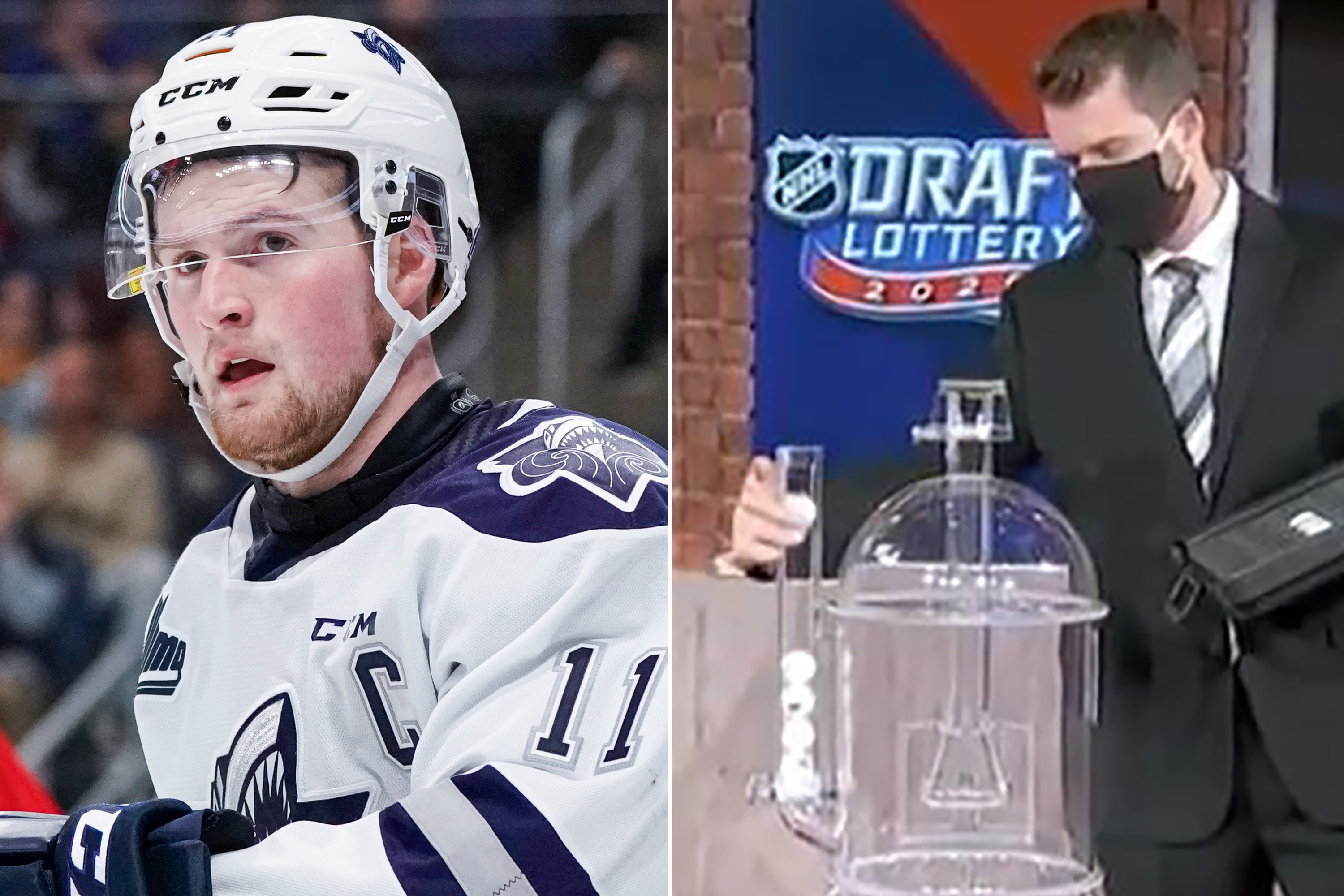 There might not be a frozen envelope involved, but conspiracy theories abounded after the Rangers won the NHL Draft lottery Monday night and with it the right to select consensus top pick, heralded Canadian left winger Alexis Lafreniere.

The Rangers and the seven other teams eliminated from the NHL playoff qualifying round this past week were entered into a live televised lottery for the top pick in October’s draft, held pingpong-ball style. Normally the NHL conducts its lottery process behind closed doors and reveals the results afterward, as was the case during the first phase of the lottery in June, when it was determined that the top pick would be awarded to a team involved in the league’s restart.

With commissioner Gary Bettman looking on, an unidentified and masked NHL employee was to remove each ball from an attache case, show it to Bettman who verified the logo, and then place it into the lottery machine.

But the employee accidentally dropped the ball emblazoned with the Rangers logo into the machine first, leading players and fans on social media to suggest, without substantial evidence, that the ball may have been heavier than the other balls in order to give it a better shot at being selected by the machine.

The employee quickly removed the ball from the machine, without disrupting the other balls, and had Bettman verify it before dropping it back in.

“I don’t like how that guy dropped the rangers ball in there. Rigged??” said Rangers defenseman Anthony DeAngelo.

The Rangers ball eventually emerged as the winner, giving them the chance to select the 18-year-old Lafreniere.

Others on social media likened the bizarre sequence of events to the 1985 NBA Draft Lottery, when it was theorized that an envelope containing the Knicks logo was frozen so that then-commissioner David Stern would be able to easily pull it out of the lottery box, thus giving the Knicks the right to select Patrick Ewing. Stern effusively denied that rumor until the day he died on Jan. 1, 2020.