My life through a lens: DJ Annie Nightingale, 80, shares the stories behind her favourite snaps


My life through a lens: Radio DJ Annie Nightingale, 80, shares the stories behind her favourite snaps

By Angela Wintle For Weekend Magazine 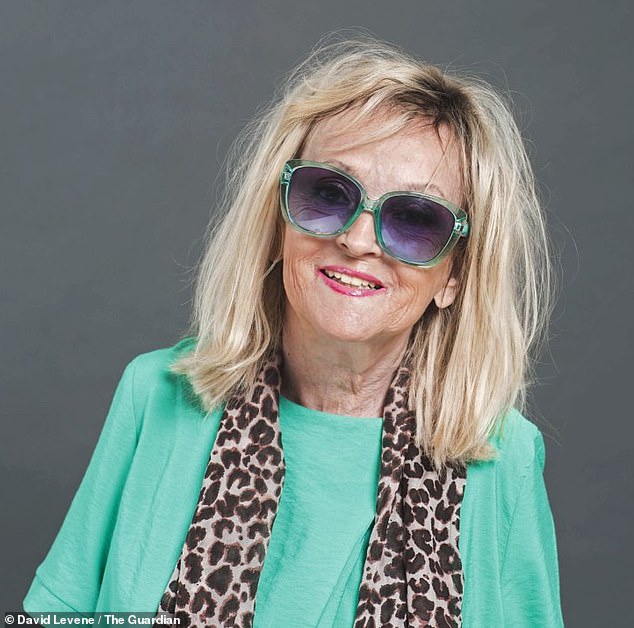 Iconic radio DJ Annie Nightingale, 80, (pictured) shared the stories behind a selection of her favourite photographs 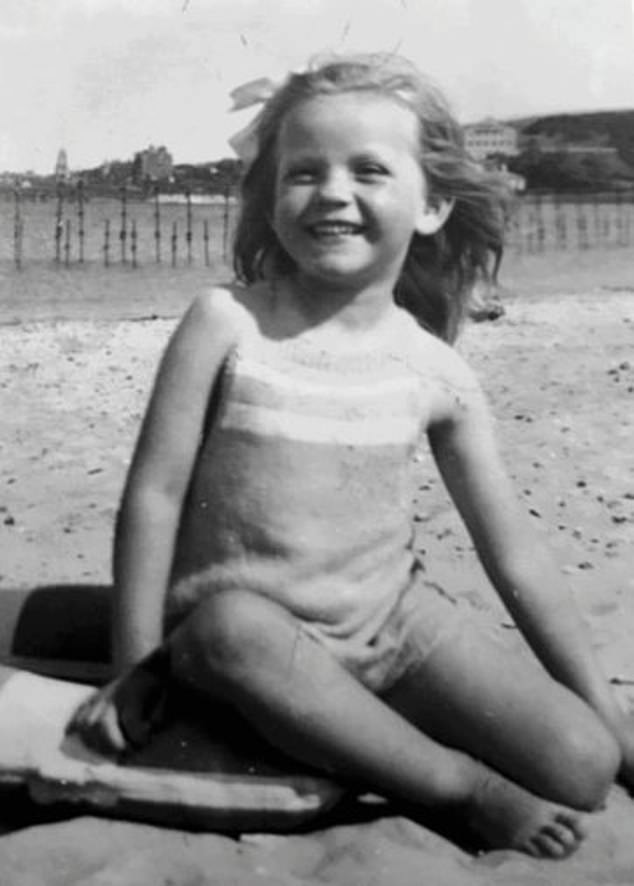 1943: I was a wartime baby, as you can tell by the Dad’s Army-style sea defences behind me, aged three, on this Dorset beach. I grew up in Twickenham, an only child. My dad Basil inherited the family’s wallpaper business and hated it, and my mother Celia was invited to train with chiropodist Dr Scholl in America in her youth, but her family forbade her. This had a big impact on me wanting fulfilment 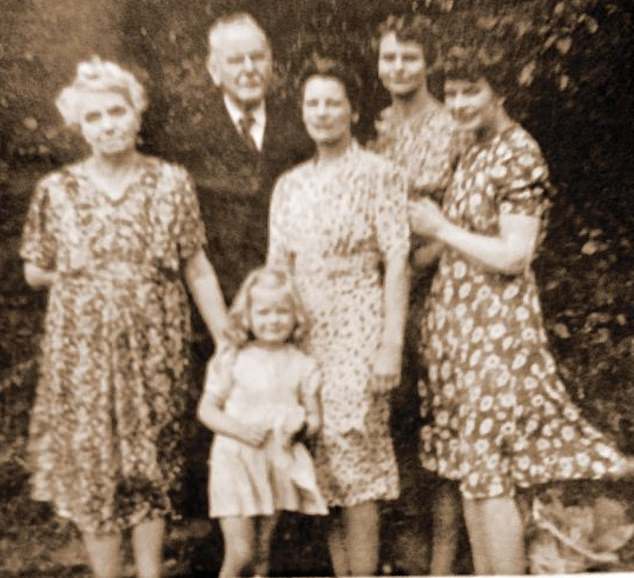 1944: I’m with my family here, standing in front of my mum. I am named after my grandma [far left]; my grandfather John [back] ran the Sanderson wallpaper company before starting his own. From an early age I liked music. When Dad got me a Bakelite wireless I found Radio Luxembourg – I didn’t know people all across the UK were tuning in, including four guys from Liverpool 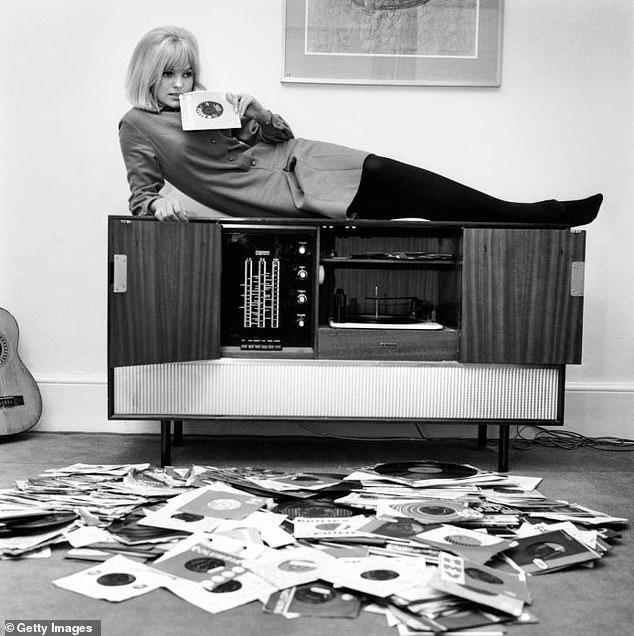 1964: Here I’m promoting my first TV show, That’s For Me. I started out reporting for a local paper in Brighton covering the court and council meetings, and interviewing a young Sean Connery. It was in the early days of him playing James Bond – I doubt it was his idea of the height of glamour being interviewed in a Wimpy bar. I moved into TV when I met Ready, Steady, Go! producer Vicki Wickham backstage at a Dusty Springfield gig. She offered me a presenting job on a new sister show and I was launched into a scary and exciting new world 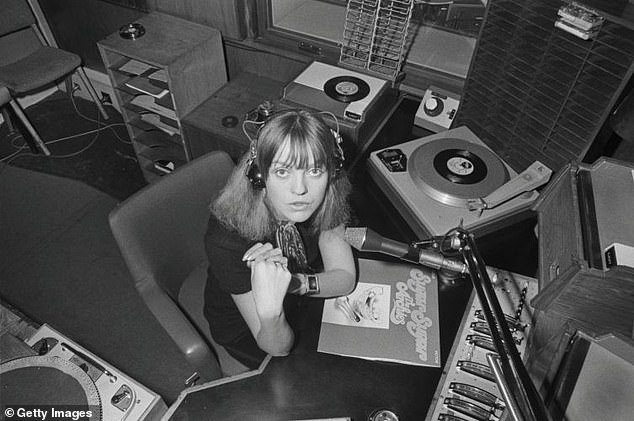 1970: My first live show on Radio 1 was a disaster, because I accidentally stopped the record and there was an agonising silence. Thankfully I was given another chance. The BBC was very sexist when I joined its all-male roster in 1970 – this is me in my first year there. I had to campaign to join the station because DJs were thought to be husband substitutes for bored housewives. But, gradually, public opinion changed and I finally got in when a new controller took over the station and I was recommended by the Beatles’ publicist, who was a mate 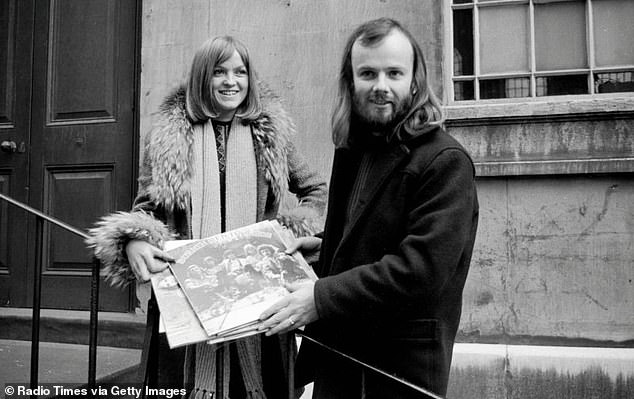 1971: John Peel and I were good friends, as you can see in this photo of us clutching records. He had a dry wit, knew everything about music and helped launch countless bands, but I rated his honesty and willingness to stand up for staff most. He’d even take his team for a curry before shows. He drove me across the Glastonbury Festival site once and he was mobbed by people banging on the windscreen. It was quite scary. His death in 2004 was a shock – my phone didn’t stop ringing for 48 hours 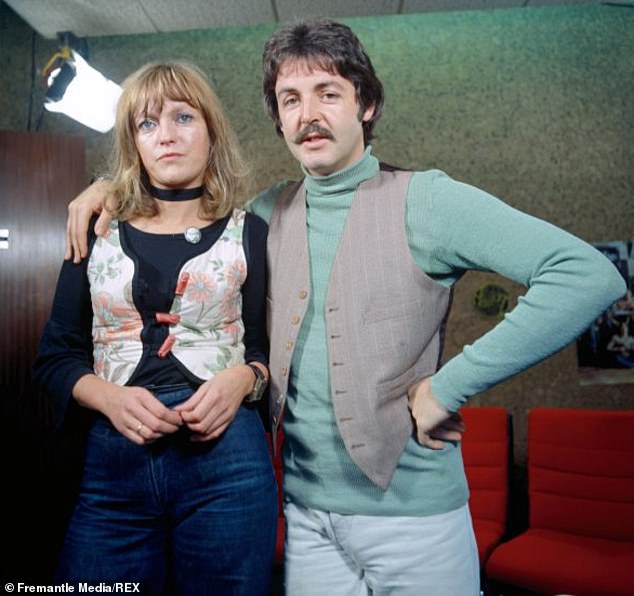 1975: I first met Paul McCartney, with me here backstage at a TV show, when I interviewed The Beatles as a young journalist. They responded well to my unusual questions and we stayed in touch. Paul gave me the most wanted interview in the world when John Lennon was assassinated in New York in 1980. I was presenting a live tribute on The Old Grey Whistle Test when the producer said Paul was on the phone. I was so dumbfounded I said, ‘Paul who?’ He thanked everyone for their support on behalf of George, Ringo and himself, and it hit me – there were now only three Beatles 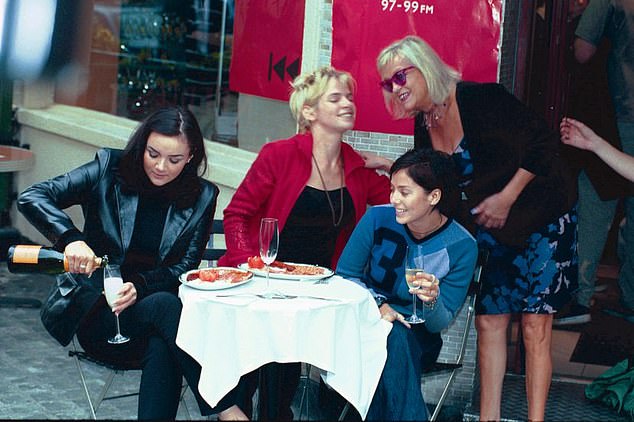 1998: Zoe Ball [pictured centre, with Martine McCutcheon, Annie and Natalie Imbruglia at an industry event] deserves to be the highest-paid woman at the BBC. I was a guest on her Radio 1 Breakfast Show recently and she was a force of nature. Getting up at 3am every day and putting in that amount of energy takes some doing. I’m proud I was the first woman DJ on Radio 1, but it took 12 years for another to appear – Janice Long. Did no other woman want to do it? Or did the BBC reject them? It makes you wonder. Now things are better 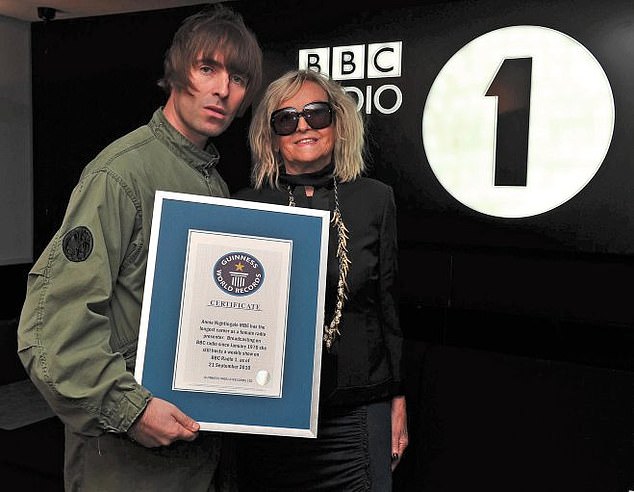 2010: Liam Gallagher is one of my favourite musicians and such a character. When I was due to be awarded a Guinness World Record for being the longest-serving female radio presenter, Radio 1 asked who I’d like to present it. I instantly said Liam, little thinking he’d do it. But he showed up at 10am sharp on the day [pictured] – and it was his birthday. His hellraiser image is only half the story

Prince Andrew was spotting making the most of the crisp autumnal weather this morning, enjoying an early ride around the lush grounds of...
Read more
Feamil

Covid-19 restrictions mean families around the world are facing difficult decisions over how to spend Chrsitmas and royalty is no different. It's been announced...
Read more
Feamil

What tier are YOU in and why? Document attempts to explain curbs in each area of England

All but three places will be plunged into Tier Three or Two (shown in red and...
Read more

'The Mike Tyson you know from the past, I think he's...
Read more

Researchers in Hungary are testing the limits of canine ability - and they have found two new stars in border collies Max and...
Read more
U.S

Secret Service agents  sent to Delaware to ramp up protection for...
Read more