The Girl Sun
Home Tv & Show Miley Cyrus reveals her dog got electrocuted on the set of The...
Tv & Show

Miley Cyrus revealed a traumatic incident that happened on the set of The Voice.

The 27-year-old singer, who was a judge on Seasons 11 and 13 of the hit show, revealed on the Geena The Latina and Frankie V Morning Show on Friday, that her dog got electrocuted one day.

Her pup, Little Dog, caused absolute chaos on set, with Miley calling it one of the ‘most embarrassing things’ her dog has done. 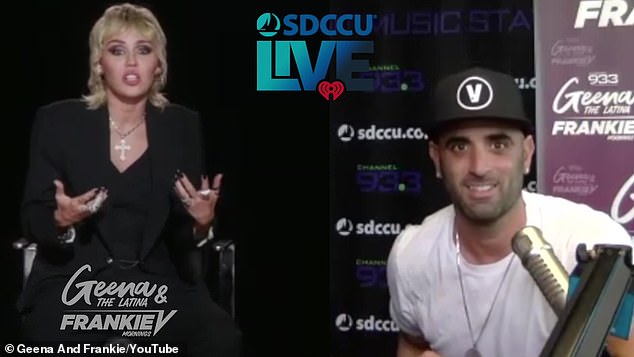 Chaos on set: Miley Cyrus, 27, revealed that her dog got electrocuted on the set of The Voice. The popstar revealed the details on Geena The Latina and Frankie V Morning Show, calling the incident ’embarrassing’

‘You know on sets there’s like wires everywhere. We got all the people singing, everyone is huddled around…and my dog goes and bites on the wires of the TV everyone’s watching, and all of a sudden we notice she’s convulsing and getting electrocuted.’

The Midnight Sky singer assured the host that the situation was ‘handled,’ and the dog was ‘totally thriving and fine.’ 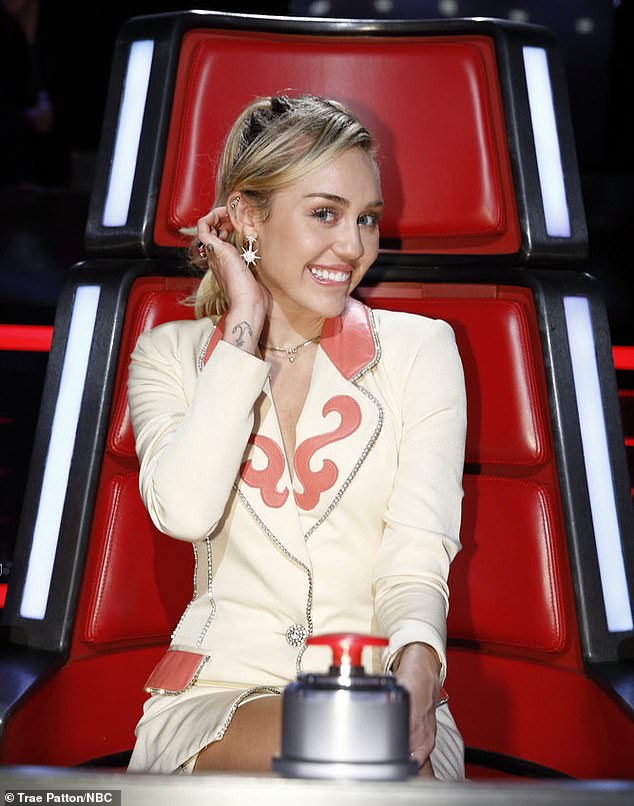 The Voice: Miley was a judge on the hit show for seasons 11 and 13. She recounted feeling embarrassed by the  chaotic incident after her dog let loose on set

Cyrus, who has a few dogs, continued to share another story about her dog Mary Jane who caused a bit of a stir in 2012.

‘My dog’s a freak, I’ll say that,’ she said, after suggestively sharing that the dog licked ‘something.’

Miley had to make up for the incident in the form of an apology gift.

‘I had to send a vinyl record player to this human that got…my dog did something very wrong. I had to send an apology gift,’ she concluded. 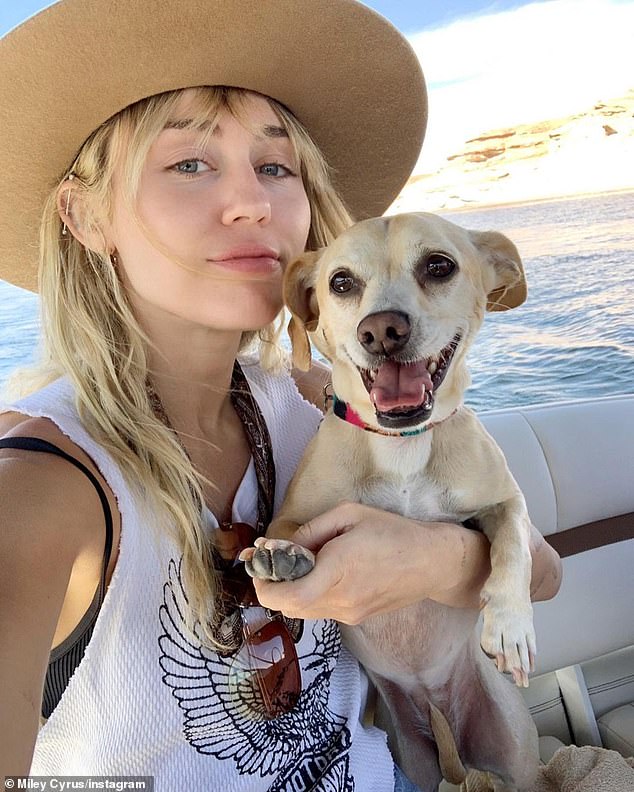 Dog lover: Miley’s family has owned up to twelve dogs at a time, as the animal lover has many rescue dogs; pictured with her dog Beanie

The radio appearance comes ahead of her highly anticipated, Backyard Sessions Unplugged series, which airs tonight on MTV.

The talented singer is putting on a series of performances, as she teased Britney Spears, The Velvet Underground and Pearl Jam covers on Instagram.

She will be putting on solo performances and also collaborating with her sister, Noah. 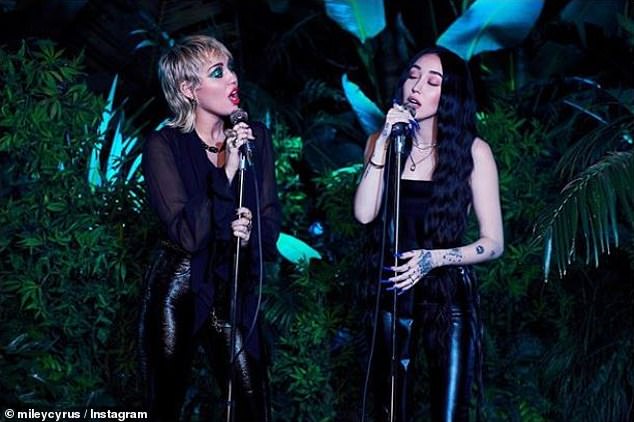 Backyard sessions: Cyrus’ series of live performances appears tonight on MTV. The artist teased she would be covering some of the greats including Britney Spears and Pearl Jam; pictured in sneak preview with sister Noah

thegirlsunhttps://thegirlsun.com
Previous articleFleeces can be furry chic! Thought they were the most sensible thing in your wardrobe?
Next articleSalford fan Kallum Watkins aims to cause Challenge Cup final upset against ex-employers Leeds Rhinos

From an ultra-modern design, a lavish kitchen and an open-plan living...
Read more
Tv & Show

So, that's how she got her perfect smile! The Project's Carrie...
Read more
Tv & Show

'I don't care if this offends you': Love Island Australia's Erin...
Read more

The US election is just days away, with either Mr Trump or Mr Biden set to win the presidency on November 3. Nationwide...
Read more

Donald Trump has been given an experimental coronavirus antibody cocktail not available to the public and made from mice as part of his...
Read more
Sport

For the first time in almost half a century, I will no longer be a single- figure handicap golfer come the start of...
Read more
U.S

Geologists claim to have found evidence of the long-lost Resurrection tectonic plate that has been a topic of debate among the scientific community...
Read more