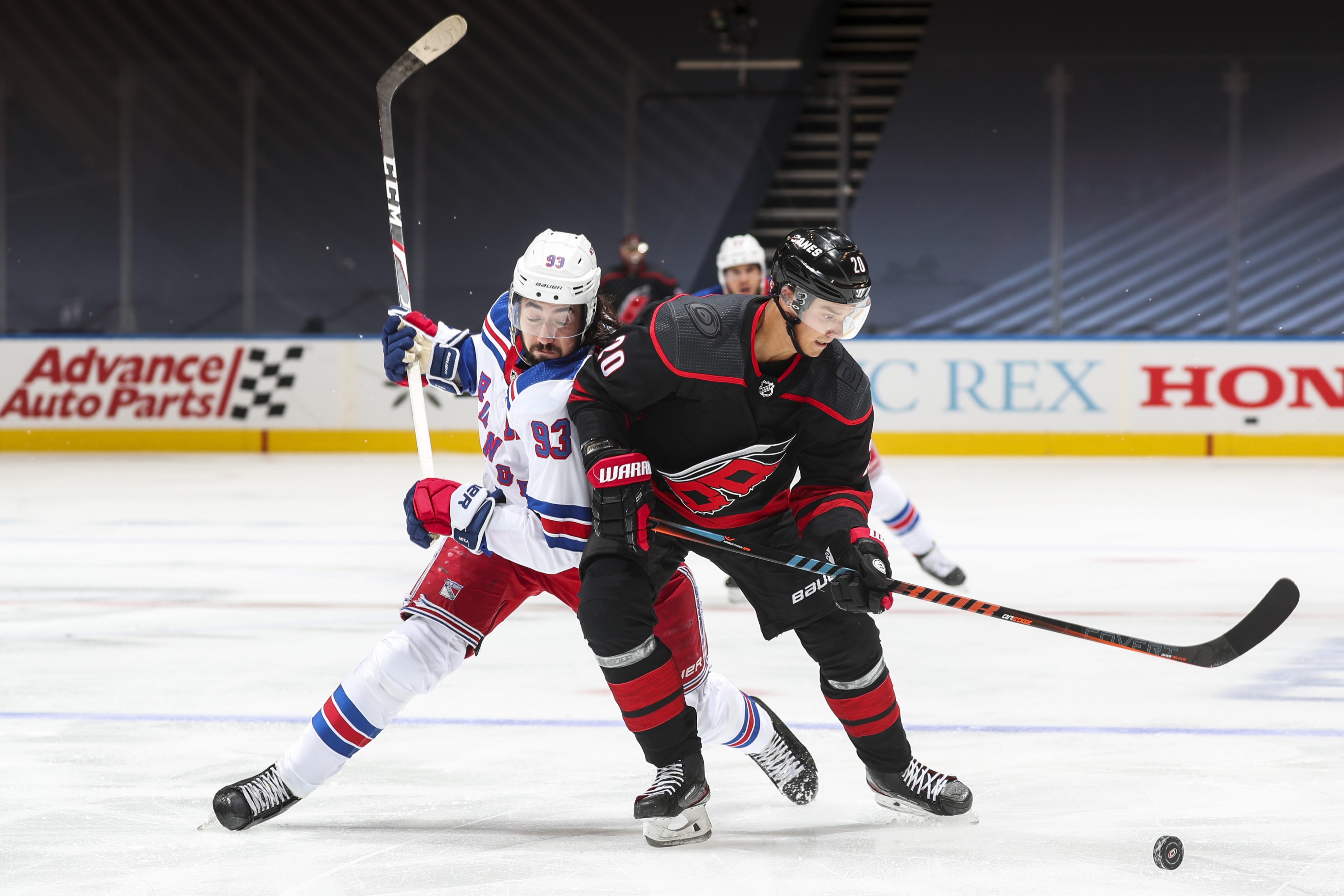 While the Hurricanes came into the postseason boasting one of the top penalty-kill units in the league, the Rangers didn’t seem to have much of a problem against it during the regular season.

Saturday was a different story.

The Rangers went 0-for-7 on the man-advantage and hardly generated any threats with it during a 3-2 loss to the Hurricanes in Game 1 of the Stanley Cup qualifier at Scotiabank Arena in Toronto.

“I feel like they outcompeted us, really,” Mika Zibanejad said on a Zoom call. “We didn’t really click. I didn’t think we were able to get on the same page. We had some OK chances, but we couldn’t establish a good power play and get some momentum from it. We gotta watch some video, go through it and really bury down on Monday.”

The Rangers’ power play did get better as the game went on, but they set the bar low with a brutal first few turns. They only took eight shots during 12:08 of power plays, with Petr Mrazek stopping each one.

The Hurricanes killed off 83.95 percent of penalties during the regular season, though the Rangers went 5-for-15 on the man-advantage against them in four meetings prior to Saturday.

“We were just too slow,” coach David Quinn said. “I’m not going to sit here and talk about some pass we could have made or one guy should have gone here or there. We were just too slow. Their penalty kill is aggressive; we know that. We’ve done well against it. But we just weren’t ready tonight to play at a pace. We got into power play mode instead of hockey mode.”

Kaapo Kakko, one of eight Rangers making his postseason debut, looked sharp and led the team with five shots. He got bumped up to play with Artemi Panarin and Ryan Strome after Jesper Fast left the game in the opening minutes after getting crushed by Brady Skjei.

“We’ve all touched on how good both of those guys [Kakko and Chytil] have looked [during camp],” Quinn said. “I thought Gauthier had a good night too. Those guys earned their ice time, they earned their opportunity. With that being said, we need everybody. We can’t just have 10-12 guys being on their game, we need everyone being on their game. But good to see those guys in their first playoff game playing the way they did.”

Ryan Strome and Justin Williams dropped the gloves just 2:48 into the game after the teams had exchanged some big hits. A bloodied Strome briefly went to the locker room but returned later in the first period.

Jordan Montgomery should savor this after overcoming Yankees turbulence