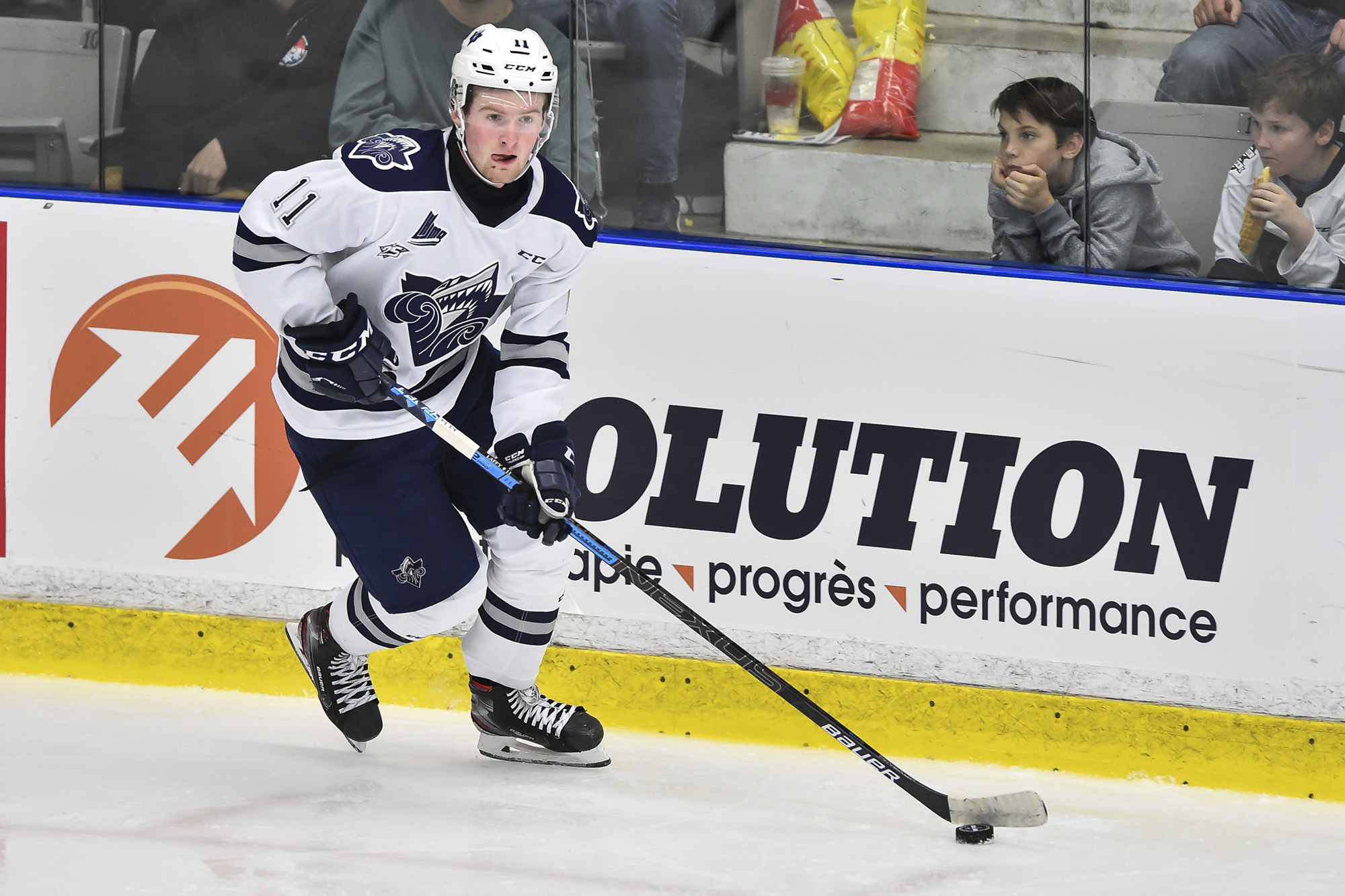 The Rangers will have the chance to select a generational talent in Alex Lafreniere after winning the NHL draft lottery on Monday night.

Lafreniere, 18, is a wunderkind Canadian winger expected to immediately make the jump to the NHL next season. He is known for his dazzling playmaking ability as well as his ability to ruffle the feathers of opposing players.

“Lafreniere offers high-end puck skills and vision to create plays, has an impressive compete level every time he’s on the ice, and elevates his game in pressure situations while demonstrating leadership skills,” NHL Central Scouting said of Lafreniere, long-considered to be the top pick in this year’s draft.

A native of Quebec, the 6-foot-1, 193-pound Lafreniere was drafted first-overall in 2017 by Rimouski Oceanic, who play in the QMJHL, one of the top Canadian junior leagues.

“Every game I saw him play, he makes plays that we don’t even think those plays are possible and he still makes them,” NHL Central Scouting’s J-F Damphousse told NHL.com in April.

Lafreniere has been compared to Pittsburgh Penguins great and future Hall of Famer Sidney Crosby, who also played for Rimouski nearly two decades ago.

“But I’m not Crosby,” Lafreniere told the New York Times in 2019. “I just try to be myself and play my game. If I can watch Crosby play and do things like he do, for sure I will do it to try to get better, but I don’t think I’m Crosby.”

Lafreniere’s 42 goals during his rookie season were the most by a 16-year-old since Crosby, a center who was once considered the next Wayne Gretzky, scoring 54 goals in 2003.

He was named the Canadian Hockey Player of the year during his two seasons. Lafreniere also was named MVP of the 2020 IIHF World Junior Championship, a tournament featuring the best young players around the world, after leading Canada to the title with four goals and six assists in five games.

The Rangers had a 12.5 percent chance of drawing the first-overall selection in the second phase of the lottery, which was held after the Rangers and seven other teams were eliminated from the NHL playoff qualifying round. The eight teams had an equal chance at winning the top pick after a lottery in June determined that one of the teams would be awarded the top pick.

It is the first time the Rangers have held the top pick since 1965, when they selected André Veilleux, who ended up not playing professional hockey.

Asked why a team should choose him with the first-overall pick, Lafreniere told NHL.com in April: “I think just the way I’m a leader and I always want to win when the game’s on the line. I think I can make a difference. I think that’s a strong asset that I have and for sure there’s some other really good players in the draft so it’s really special to be No. 1 for sure.”