Massachusetts man, 36, climbs to the sixth floor of the New York Times building


Budding Spider-man captured: Man attempts to scale 52-story New York Times building in Manhattan but is arrested after only reaching the 6th floor

By Joe Davies For Mailonline

A man has been arrested after attempting to scale the 52-story New York Times building in Manhattan yesterday.

Wilmer Ferrara, 36, from Massachusetts, climbed up to the sixth floor of the outside of the building before he was stopped by police.

Ferrara began climbing the building near Times Square at around 5.20pm and was stopped 45 minutes later.

Footage shows officers break open a window and pull him inside the building to arrest him. 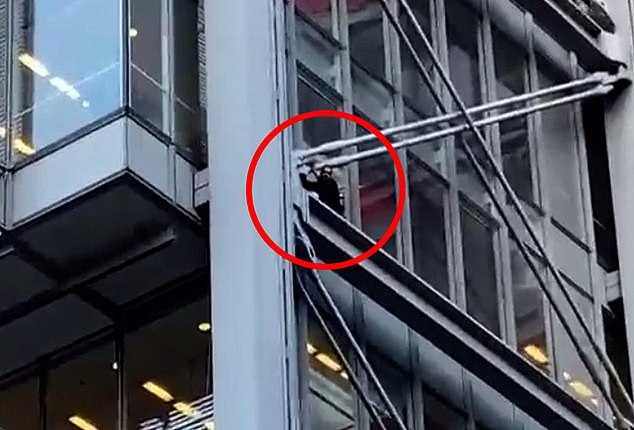 Wilmer Ferrara, 36, from Massachusetts, climbs up to the sixth floor of the New York Times building in Manhattan before his arrest yesterday evening

Earlier, he climbed up the diagonal support beams on the building where he was believed to have gotten stuck.

Large crowds gathered in the street to watch as Ferrara climbed and warn him not to jump.

He said: ‘The guy came into the building because he wanted to give a story. The security desk told him he has to do it online. 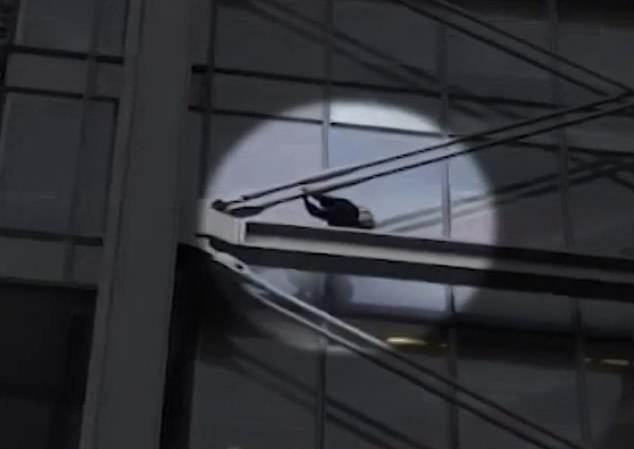 Ferrara began climbing the building near Times Square at around 5.20pm and was stopped 45 minutes later 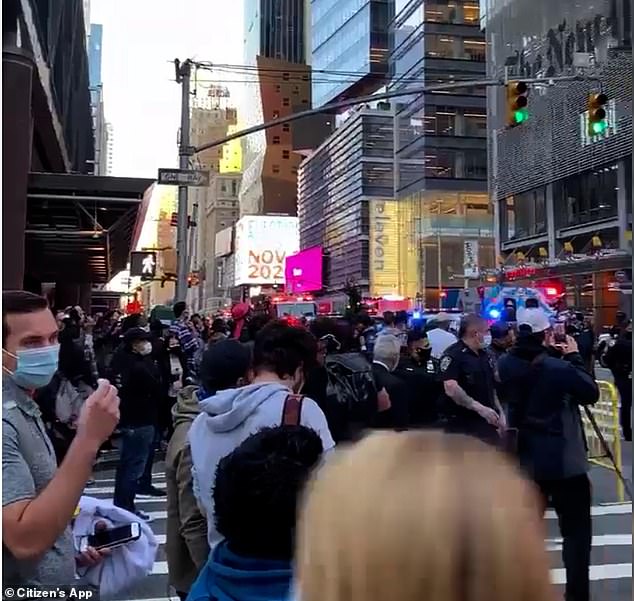 ‘I didn’t even see him because I was giving someone directions.

‘Then all of a sudden I see the Port Authority police coming from [the Midtown bus terminal] across the street.’

Ricardo Figueroa said he was one of the first people to see the climber and reported him to police.

He told NBC New York: ‘He was climbing up the building like Spider-Man. I said “get down” in Spanish. 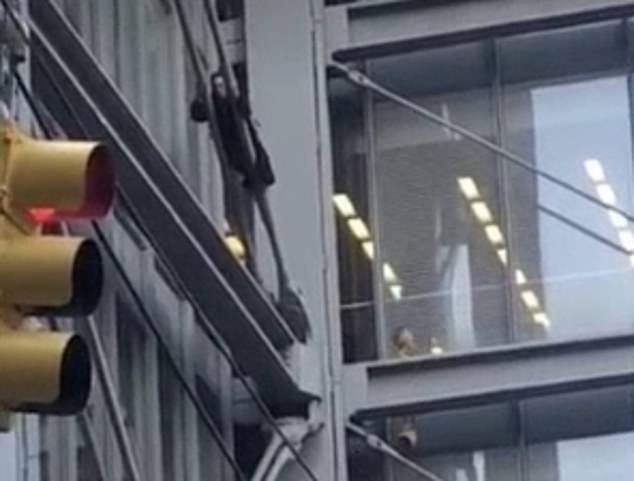 ‘My heart was was racing. We don’t want to see nobody fall.’

Another witness, Ebonie Johnson Cooper said in a video she posted on social media: ‘Basically he has completely stopped traffic. Everyone is in the middle of the street.

‘This guys has scaled the New York Times building and the dude is laughing.’

Bernadette Rae told CBS2: ‘From what I had heard, he snuck in through either like a side entrance or something and then just started going up the flights.’ 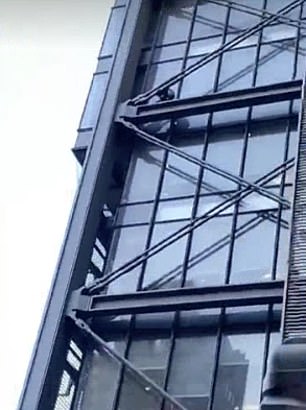 Ferrera reaches the sixth floor of the 52-storey building

He said: ‘They told him to come back in the building and he did. They did good.’

It was not yet clear why he tried to climb the building.

Ferrara’s attempt was not the first time someone has climbed the 52-story building, situated on a busy stretch of Eighth Avenue in midtown.

Three men tried to climb the building in the summer of 2008 within a month of each other.

Alain Robert, the ‘French spiderman’, made it to the top to unfurl a banner protesting climate change.

A homeless man made it to the fifth floor in 2011 before coming back down.

The New York Times said its exterior was modified after those incidents to make it harder to climb.

Ferrara was taken into custody at the Midtown South Precinct in New York.

Google hits back at DoJ antitrust lawsuit with condescending demo

Google responded to the Department of Justice's bombshell antitrust lawsuit on Tuesday with a condescending memo showing people how 'trivially easy' it is...
Read more
U.S

An advertising agency founder has 'fired himself' for saying a Motel 6 commercial was 'too black' and wouldn't resonate with the chain's 'significant...
Read more
U.S

Father, 28, is charged with abuse over his four-month-old son's death...
Read more

A 93-year-old woman has received her high school diploma 75 years after she was forced to drop out of school.  Eileen Delaney from Staten...
Read more

Pisces best match: Which sign is compatible with Pisces?

PiscesPisceans like fellow Pisceans too, and they will have a fundamental understanding of one another.Couples of matching signs can struggle to push past...
Read more

The luxurious former home of legendary jockey Frankie Dettori has gone on the market for £2.5million.Dettori, 49, and his wife Catherine raised their...
Read more

New Jersey governor tells residents NOT to travel out of state...
Read more

President Donald Trump, on the day after his contentious town hall with NBC, got in another round of attacks on moderator Savannah Guthrie...
Read more
Feamil

You can now buy ready-made pork crackling CHIPS from the supermarket...
Read more