Love Island’s Jack Fowler has revealed he was left temporarily paralysed and wheelchair-bound after he was struck down by a terrifying rare disease.

The reality star, 24, was unable to walk when he fell ill at the start of the year with an aggressive neurological condition.

The personal trainer suffered an inflamed spine and damaged nerve fibres as a result of transverse myelitis. 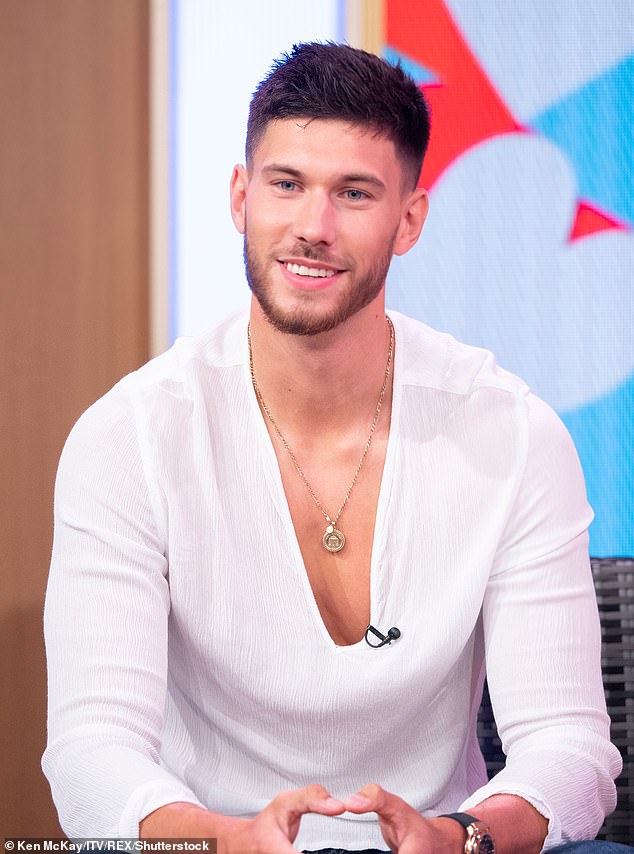 Shock: Love Island’s Jack Fowler has revealed he was left temporarily paralysed and wheelchair-bound after he was struck down by a terrifying rare disease

The incredibly rare disorder only affects 300 people a year and its cause is unknown in most cases.

But Jack continued to post snaps on Instagram of his jet-setting life as an influencer, not letting on about his struggles.

He told the Oxford Union, as quoted in The Sun: ‘Instagram, social media is absolutely fake. At the start of this year — no one knows this — I had something called transverse myelitis. 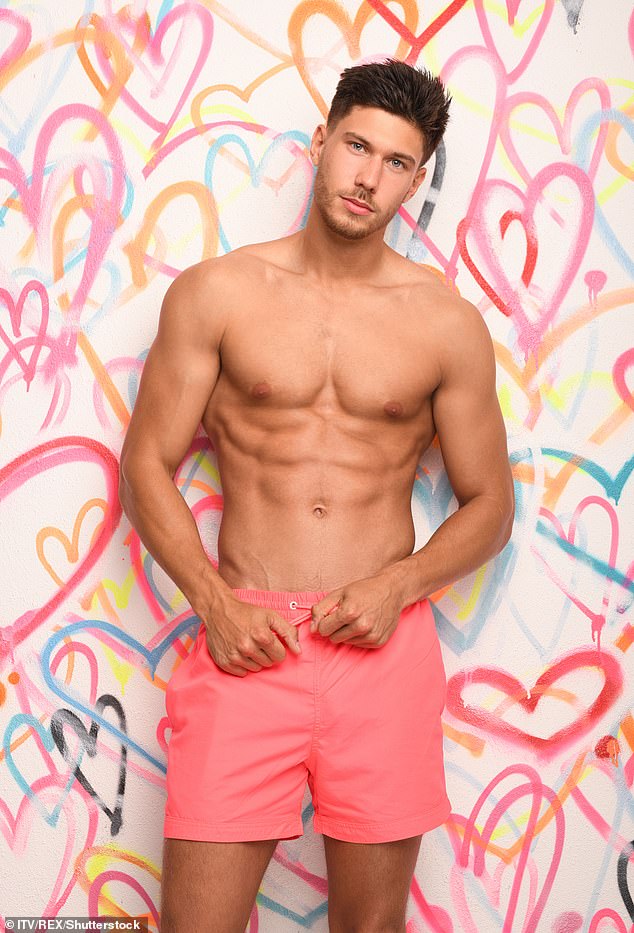 Scary: The personal trainer suffered an inflamed spine and damaged nerve fibres as a result of transverse myelitis

‘I lost all movement in my legs and my left arm, paralysed, I was in a wheelchair for two or three weeks.

‘On my Instagram I was ­having a wicked time, I was having a great time.

‘I was in Dubai, I was in Thailand for all of the two weeks because that’s the ‘gram making it look like that. 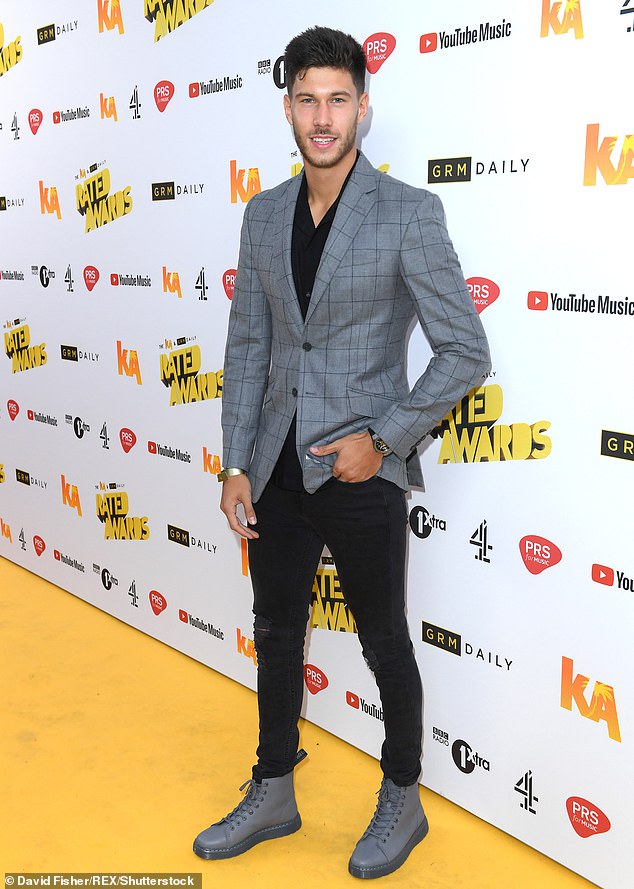 Hiding: The Love Islander said he hid his diagnosis from his fans on Instagram to keep up his influencer image

‘But realistically, I wasn’t — I was going through the hardest time of my life.’

Jack was speaking to the Oxford Union as part of a debate called Love Island: Should We Regret the Summer of Love?

Fellow contestants Malin Andersson and Amy Hart took part in the discussion about the show and its impact on society.

In November, Jack scared fans when he revealed he had been rushed to hospital after losing his vision and becoming unresponsive. 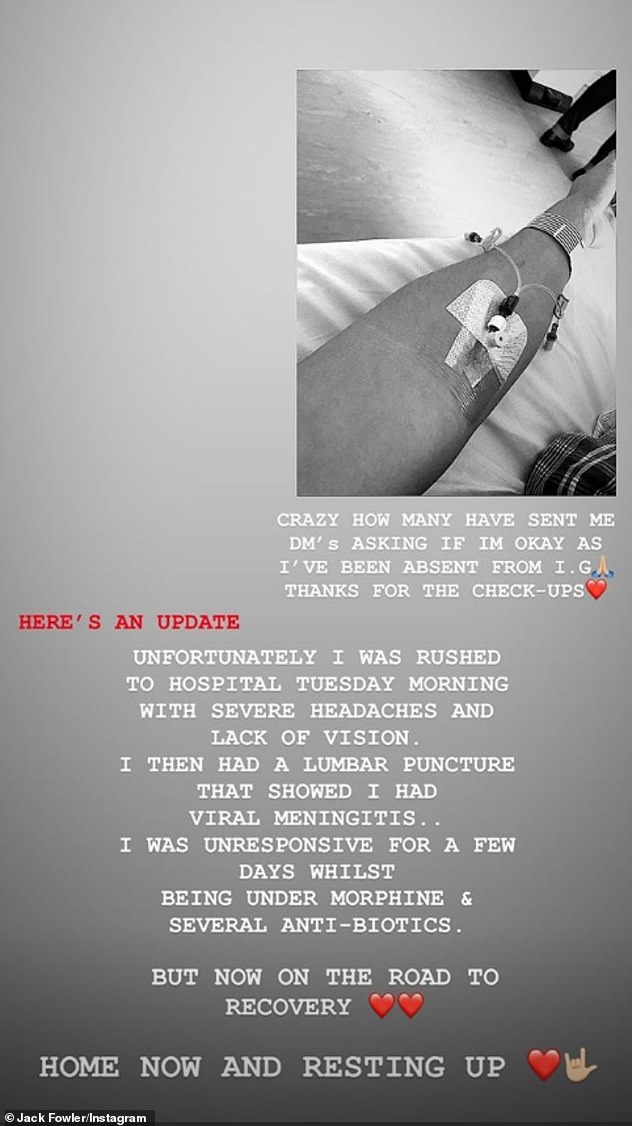 Illness: In November, he shared the shock news that he had been diagnosed with viral meningitis

The reality star reassured his fans and said he was ‘on the road to recovery’ after being diagnosed with viral meningitis.

It is not known if this was the same incident as his transverse myelitis.

It comes after Jack revealed his ancestors were slaves in a touching post on Instagram this month.

As he posed alongside his dad in a sweet snap, he penned a lengthy caption, in which he spoke about his ancestors and racism, in the wake of the Black Lives Matter movement following the death of George Floyd in the US last month. 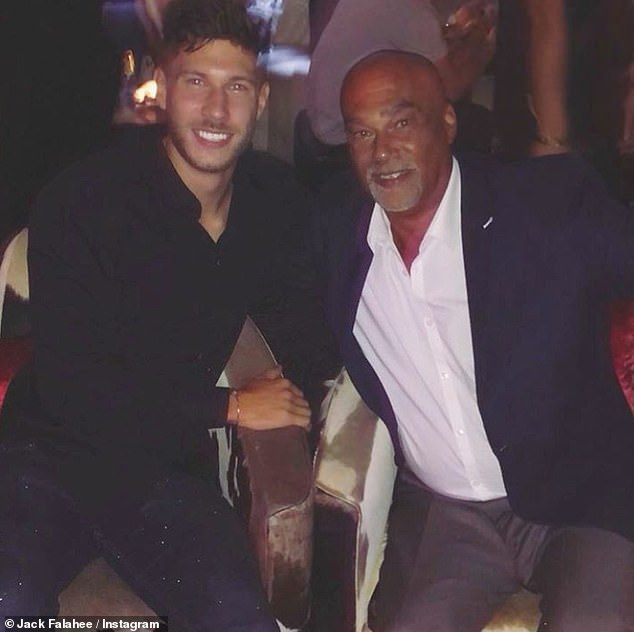 Opening up: Jack recently revealed his ancestors were slaves in a lengthy caption shared alongside an image with his father

‘Here’s me and my dad. My grandad was one of the first hundred to arrive just after the Windrush on the RMS St Helena from a very small island called Saint Helena in the South Atlantic that has a population of 4,000 people.

‘My Nan shortly followed and then they had my dad who was born and raised in London. My dad met my mum, who was a white British East Londoner, when he was 12, and as my dad reached 34, my older brother was born followed by me.

‘We were both born and raised in east London. Growing up with a dad who’s a man of colour was a powerful insight into what racism is really is…

‘Because my dad is black, I was educated from a young age about the slave trade as my ancestors were slaves on their home island, Saint Helena.’ 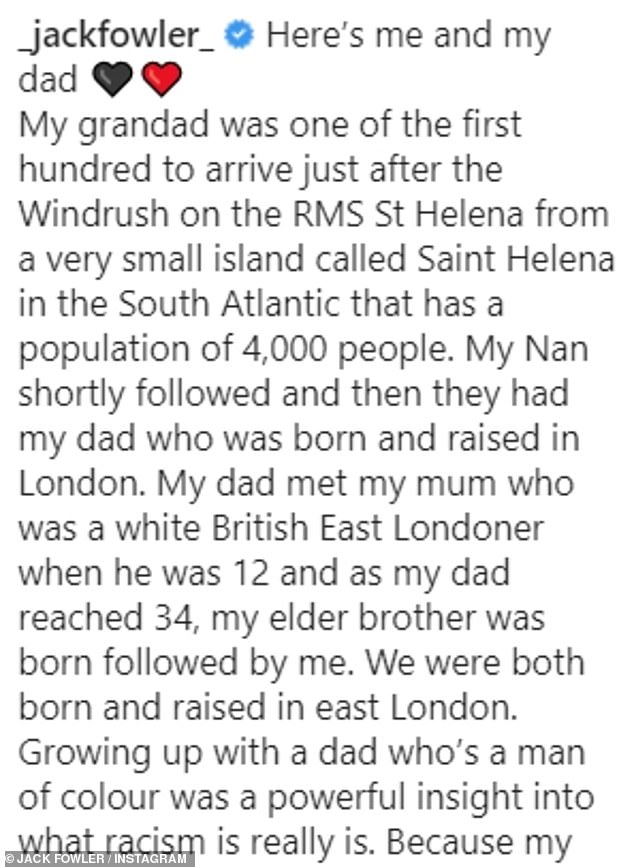 He shared details of his ancestry after a statue of slave trader Edward Colston being torn down in Bristol amid the Black Lives Matter protests.

The star went on to detail the racism he has personally experienced due to his father’s skin colour and explained how he’s been treated differently.

Jack went on to reflect on the racism he had faced because of his dad’s skin colour, explaining that he knows he was treated differently during his football career. 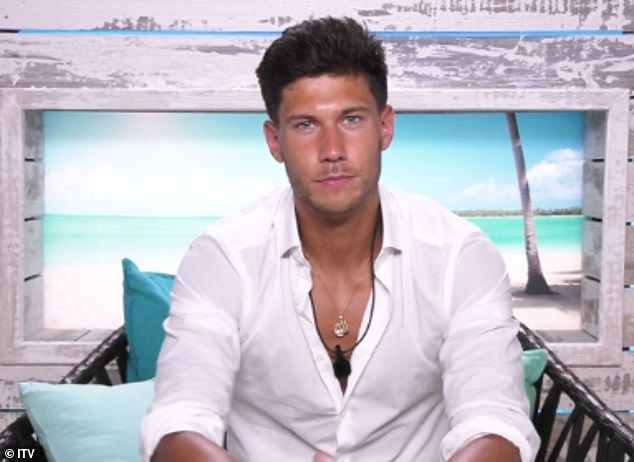 Open and honest: In a touching conclusion, Jack wrote: ‘I’m proud of my roots. Always have been always will be and I will always speak up and stand against racism’ (pictured on Love Island in 2018)