By Brendan Carlin for The Mail on Sunday

International Trade Secretary Liz Truss faces a fresh battle this week over fears that the Government will sell out Britain’s world-class food standards in a post-Brexit deal.

Peers are set for the second time in a month to demand that Ms Truss radically strengthen protection to stop UK farmers being undercut by lower-quality food imports.

The move comes after MPs were last week controversially denied the chance to vote on proposals to set up a permanent food and trade watchdog that would report to Parliament on future trade deals. However, the expected challenge in the Lords this week comes amid reports that Ms Truss is now looking to compromise and avoid further damaging rows with senior figures in her own party. 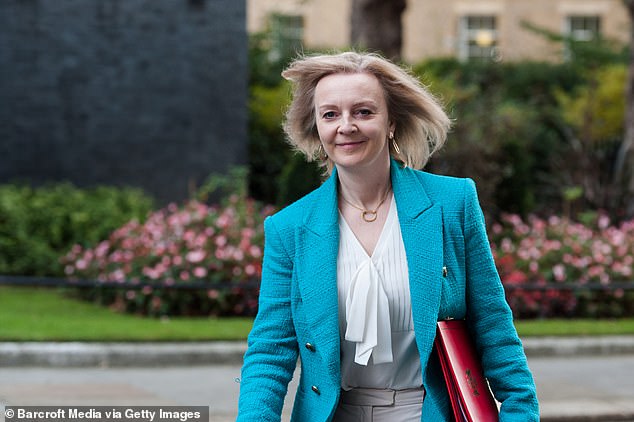 Liz Truss, pictured,  faces a revolt among her backbench MPs over her plans for food standards  in the post Brexit world 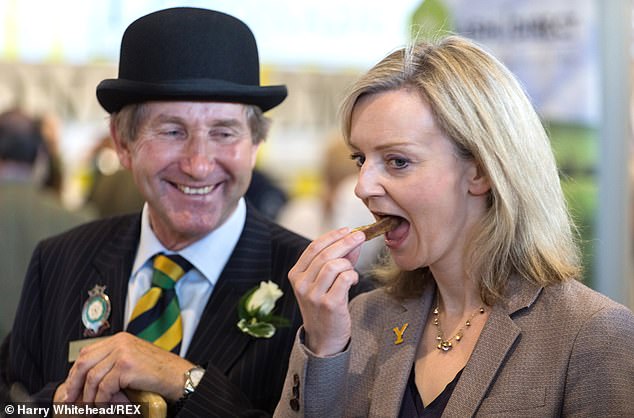 Bake Off judge Prue Leith last week joined Jamie Oliver and other celebrity chefs in urging Boris Johnson to block substandard foods – such as US-produced chlorinated chicken – from flooding into the UK under post-Brexit trade deals. Ms Leith said: ‘British farmers are the best in the world. Everybody who cares about British high food standards should back our farmers. After all, we are what we eat.’

In the Lords this week, cross-bencher Lord Curry will revive his bid to strengthen the Trade and Agriculture Commission set up by Ms Truss earlier this year but which is due to wind up in several months. He will seek to amend the Government’s Agriculture Bill to include new powers and require the commission to report to Parliament on future trade deals.

Retired farmer Lord Curry, who in 2001-2002 chaired a major review into the future of farming and food, said he was reworking his proposals to ensure MPs wouldn’t be prevented from having a vote next time.

In the Commons last week, 14 Tory MPs – led by Neil Parish, chairman of the Environment, Food and Rural Affairs Committee – defied the whip to call for new measures to make sure imported food meets domestic legal standards from January 1 next year. It is understood many more Tory MPs might rebel if they are allowed a vote on strengthening Ms Truss’s advisory commission, which has been branded ‘toothless’. The celebrity chefs’ call to arms and The Mail on Sunday’s Save Our Family Farms campaign have resulted in more than 30,000 emails being sent to MPs from concerned voters, while a National Farmers’ Union petition to protect British food has been signed by over a million people.

Last night, there were signs that Ms Truss now wanted to defuse the row. A source said: ‘We’re in detailed discussions with figures like Neil Parish about parliamentary scrutiny and ensuring Parliament has access to expert advice when examining trade deals.’

thegirlsunhttps://thegirlsun.com
Previous articleAustralian rock group INXS goes to Broadway
Next articleAubrey Plaza plays the proper pack leader during a walk with her two dogs in shorts and a t-shirt

China has screened an entire region in Xinjiang for the coronavirus after authorities found a single new case in a local outbreak. Health authorities reported...
Read more
News

A photograph of Melania Trump beaming as she stepped out of Marine One sent Twitter users into a frenzy yesterday, with many suggesting it...
Read more
News

This is the shocking moment a toddler is strapped to a 30ft pole and catapulted into the air - before being dangled upside...
Read more
News

China has screened an entire region in Xinjiang for the coronavirus after authorities found a single new case in a local outbreak. Health authorities reported...
Read more

China is close to 'world domination' and Europe must wake up to the danger, German spy chief says

China is on the brink of 'world domination' and Europe needs to wake up to the danger, a former German spy chief has...
Read more

A photograph of Melania Trump beaming as she stepped out of Marine One sent Twitter users into a frenzy yesterday, with many suggesting it...
Read more

A Russian medical worker has revealed the grim toll that coronavirus is taking on the country as he filmed the bodies of dozens...
Read more

Five iPhone 12 features you won't find on any Android phones (and one Apple is missing!)

iPhone 12 and iPhone 12 Pro landed on shelves on Friday October 21, with those who managed to pre-order earlier this month receiving...
Read more
U.S

Coronavirus UK: Teenager who delayed going to the doctors is diagnosed with cancer

Teenager who delayed going to the doctors for months due to...
Read more