Perrie Edwards has revealed that she isn’t ready to marry her long-term beau Alex Oxlade-Chamberlain.

The Little Mix singer, 27, explained how although the footballer, 26, is her ‘forever’ she still thinks it will be some time before they walk down the aisle.

Speaking to Metro’s Guilty Pleasures, she said: ‘We always talk about the future. He’s my forever, but I don’t think we are ready to get engaged any time soon.’ 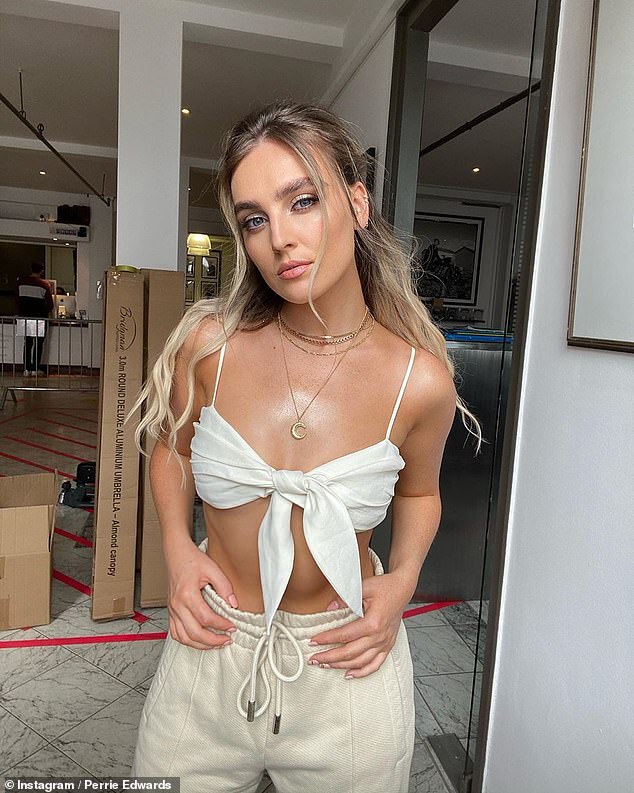 Not quite ready: Perrie Edwards, 27, has revealed that she isn’t ready to marry her long-term beau Alex Oxlade-Chamberlain, 26, but insists that he is her ‘forever’

Perrie and Alex made their relationship Instagram official in January 2017 and have spent lockdown together.

They did spark engagement rumours back in December when Perrie spelt her boyfriend’s name wrong on Instagram.

She replied to her fans saying: ‘It’ll be well easier to spell when it’s my second name and I have to write it all the time!’

Despite not hearing wedding bells quite yet, Alex and Perrie have been getting used to family life with their dog Travis. 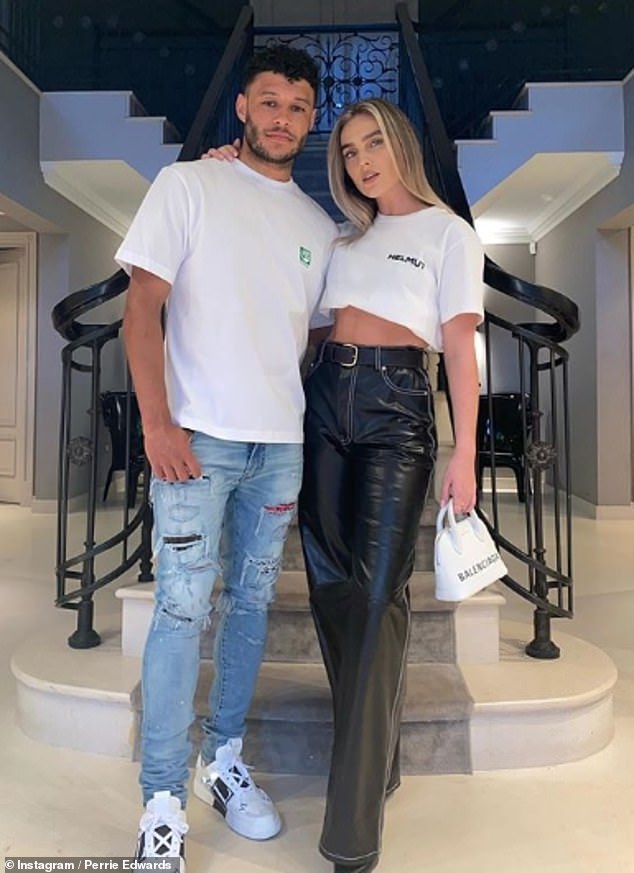 Couple: The singer and footballer have been together since January 2017 and spent lockdown together

Perrie revealed that the ‘adorable’ pooch ‘farts a lot’, which doesn’t impress her beau but she can’t smell any odour.

The beauty also discussed Little Mix’s new single Holiday, revealing they have finished their sixth album but aren’t sure when it will be released yet.

She also explained how the band, who have been together for almost 10 years, found the coronavirus lockdown a slight ‘blessing in disguise’.

Perrie said that because they’ve been forced to spend time apart and away from their work, it has made them realise they need to take a moment to rest.

For bandmate Leigh-Ann Pinnock it has been an exciting month, with her getting engaged to footballer Andre Gray on their four-year anniversary at the end of May. 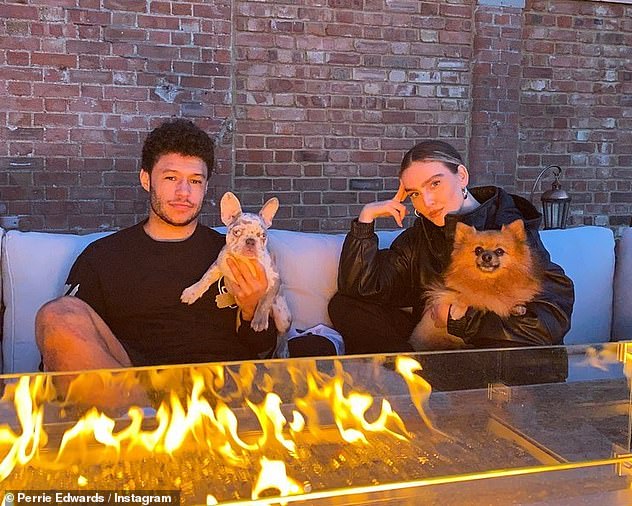 Quality time: Perrie revealed that they talk about the future all the time, but she can’t see them getting engaged in the near future 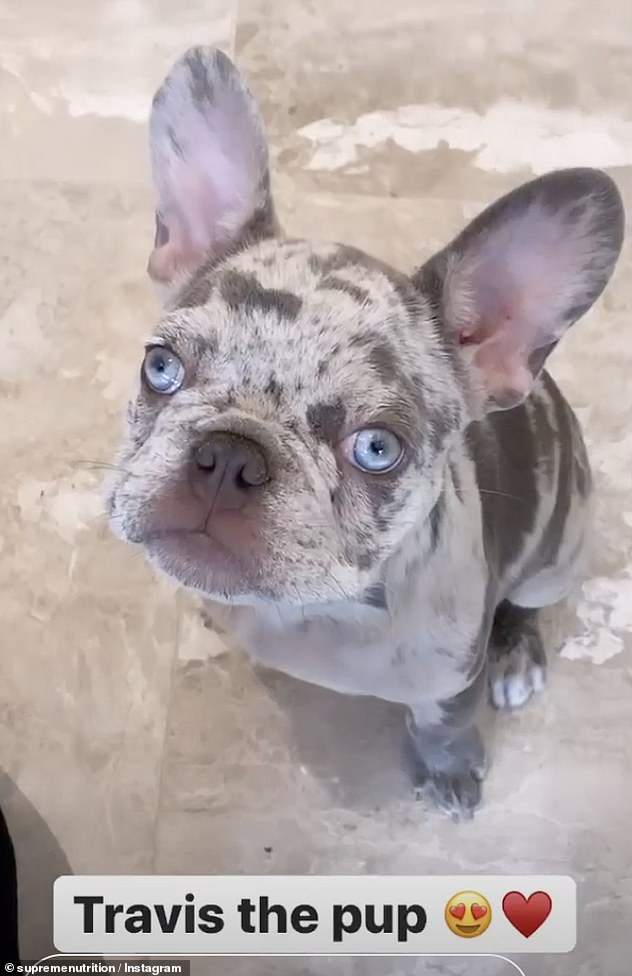 What a cutie: The couple have been kept busy in recent months with their adorable pup Travis

It comes after Perrie was praised earlier this month for promoting body confidence as she proudly showcased her childhood stomach scar in photographs.

The star proudly displayed her scar – the product of undergoing surgery as a child – as she posed for a series of Instagram snaps.

Two years ago, Perrie shared a series of emotional, never-before-seen photos from her childhood as she thanked the NHS for saving her life.

The Black Magic singer, who relied on the help of the National Health Service after she was born with rare birth defect oesophageal atresia, said she was ‘eternally grateful’ as the healthcare system marked its 70th anniversary at the time. 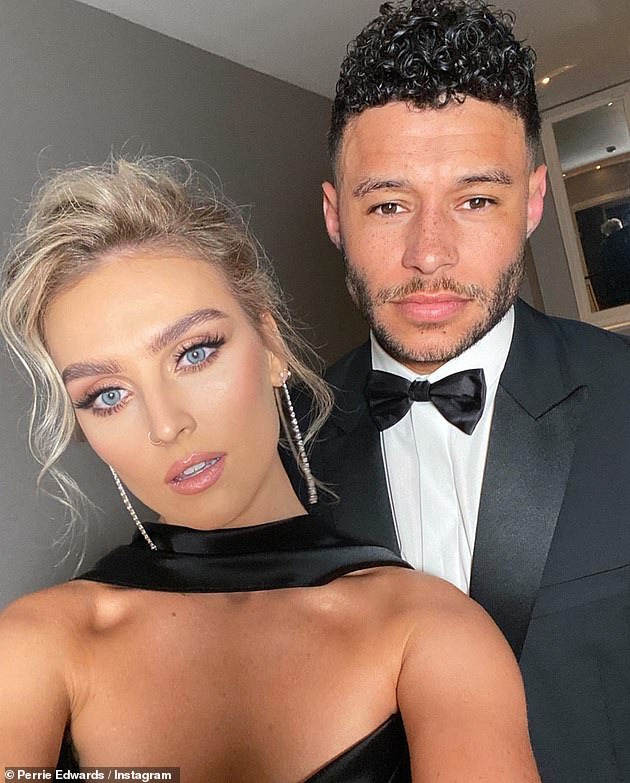 Glam:  The pair did spark engagement rumours back in December when Perrie spelt her boyfriend’s name wrong on Instagram 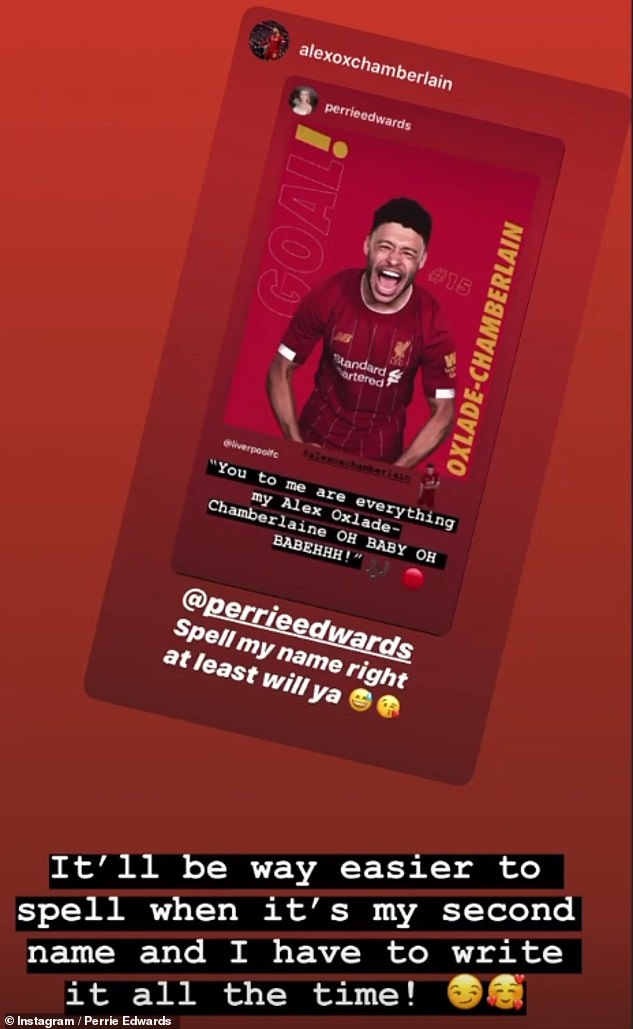 You said what? Perrie spelt Alex’s name wrong in an Instagram post, but cheekily said she would remember how to spell it better once it was hers too

Perrie, whose condition forced her to undergo multiple operations, marked the birthday of the NHS by posting poignant pictures from her days in hospital on Instagram.

Oesophageal atresia is a rare birth defect that affects a baby’s oesophagus (the tube through which food passes from the mouth to the stomach).

Although it’s not exactly clear why it happens, it’s thought to be caused by a problem with the development of the oesophagus while the baby is in the womb.

Speaking shortly after finding fame on The X Factor, Perrie admitted she went to great lengths to cover her tummy because she was deeply insecure about her scar.

She admitted: ‘When I was little, my oesophagus was too small, so I had to get it operated on to help me eat properly. I had to have lots of operations, so that’s why I don’t want to show it.’

But Perrie has since learned to embrace her blemish and now proudly shows off her scar in a number of social media snaps. 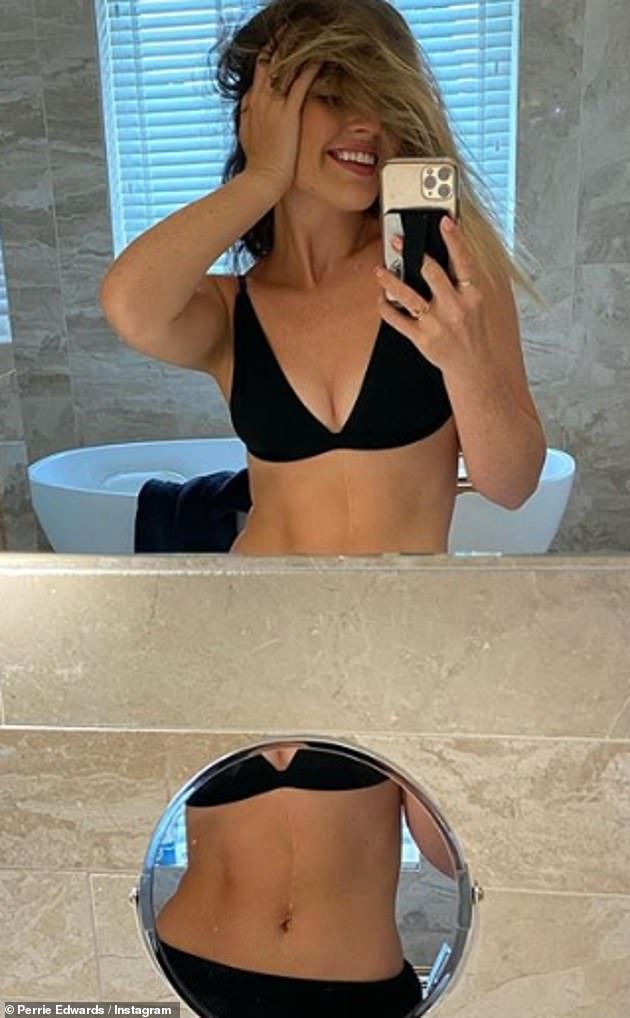 No hiding: Perrie proudly displayed her scar – the product of undergoing surgery as a child – earlier this month once again as she posed for a series of Instagram snaps