Lili Reinhart has apologized for a ‘tone deaf’ Instagram post in which she used her ‘sideboob’ to draw ‘attention’ to the Breonna Taylor case.

The 23-year-old Riverdale star is one of many celebrities to post about Taylor, an EMT who was shot dead by police in her bed as they served a no-knock warrant.

In her original post she wrote: ‘Now that my sideboob has gotten your attention, Breonna Taylor’s murderers have not been arrested. Demand justice.’ 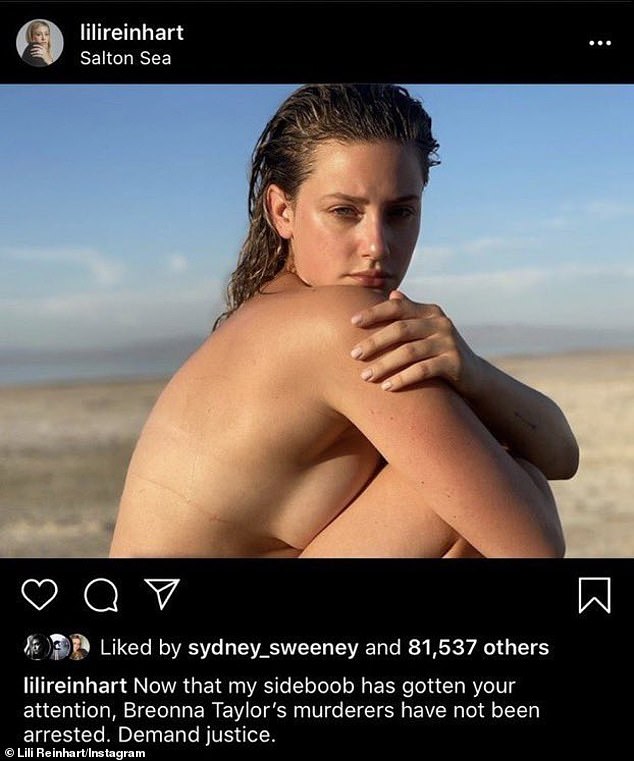 ‘Demand justice’: Lili Reinhart has apologized for a ‘tone deaf’ Instagram post in which she used her ‘sideboob’ to draw ‘attention’ to the Breonna Taylor case

Reinhart could be seen posing topless on the beach while folding up her legs and crossing her arms to protect her modesty.

‘I’ve always tried to use my platform for good. And speak up about things that are important to me,’ she began.

‘I also can admit when I make a mistake and I made a mistake with my caption. It was never my intent to insult anyone and I’m truly sorry to those that were offended.’ 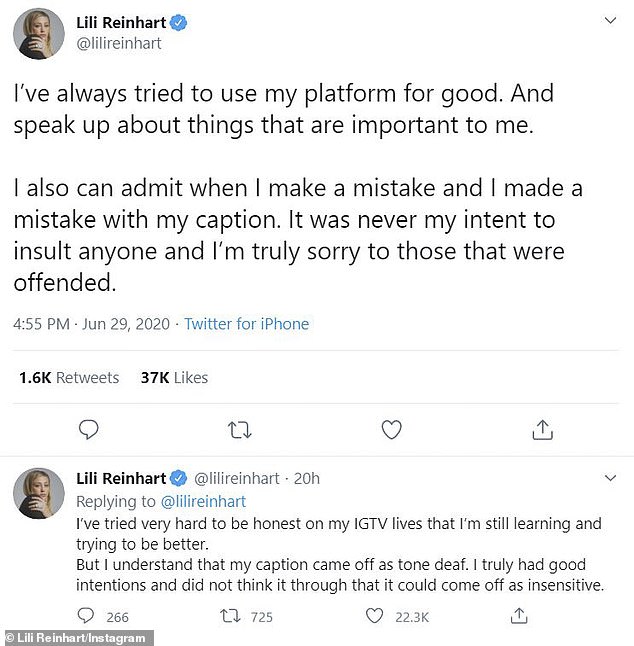 In a follow-up tweet she wrote: ‘I’ve tried very hard to be honest on my IGTV lives that I’m still learning and trying to be better.’

She continued: ‘But I understand that my caption came off as tone deaf. I truly had good intentions and did not think it through that it could come off as insensitive.’

Her posts come after she denounced anonymous allegations of sexual harassment that have been made against her online.

Allegations of sexual misconduct have also been anonymously made online against her Riverdale co-stars Cole Sprouse, KJ Apa and Vanessa Morgan. 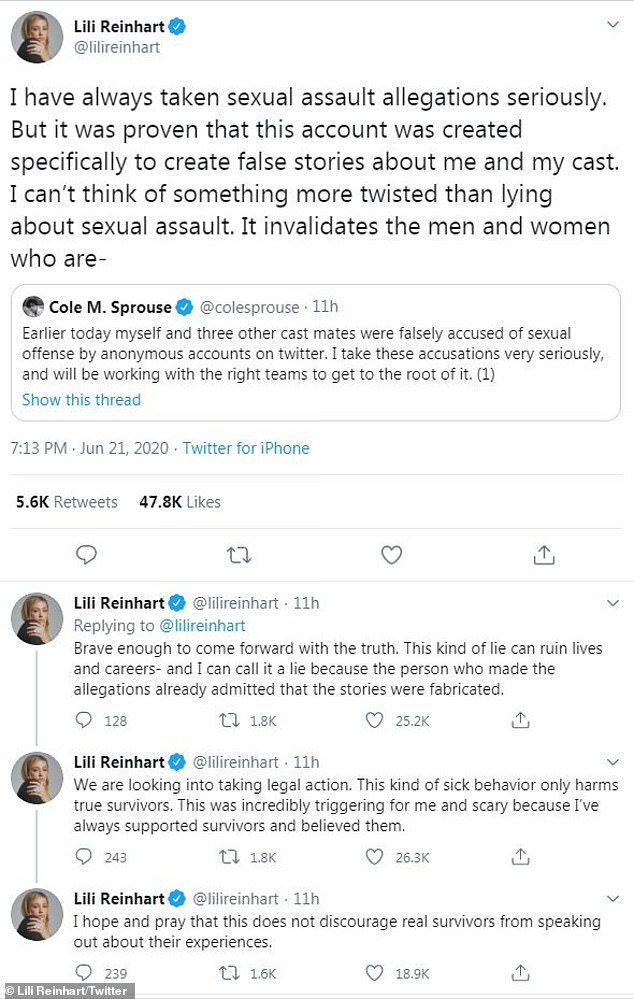 ‘We are looking into taking legal action’: Her posts come after she denounced anonymous allegations of sexual harassment that have been made against her online

Reinhart quote-tweeted a defense by Cole, whom she used to date, and she has herself slammed the new allegations as false.

‘I have always taken sexual assault allegations seriously. But it was proven that this account was created specifically to create false stories about me and my cast,’ she wrote.

‘I can’t think of something more twisted than lying about sexual assault. It invalidates the men and women who are- Brave enough to come forward with the truth.’ 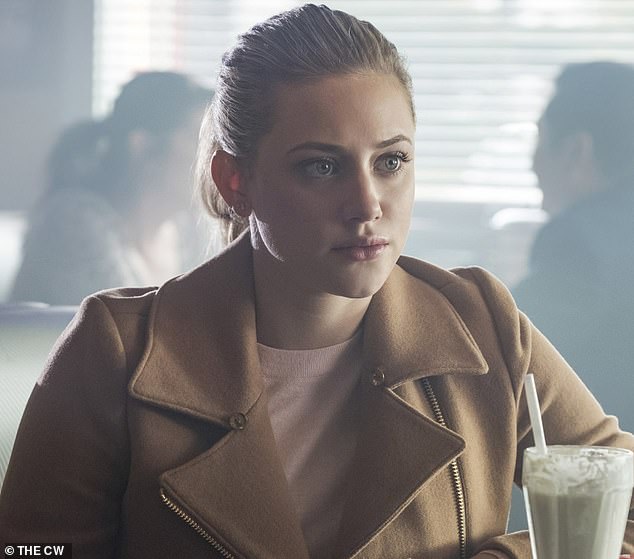 Claim to fame: Reinhart is pictured in a still from Riverdale, the show that made her a star

She added: ‘This kind of lie can ruin lives and careers- and I can call it a lie because the person who made the allegations already admitted that the stories were fabricated.’

Reinhart noted: ‘We are looking into taking legal action. This kind of sick behavior only harms true survivors. This was incredibly triggering for me and scary because I’ve always supported survivors and believed them.’

She noted further: ‘I hope and pray that this does not discourage real survivors from speaking out about their experiences.’

Loading...
Newer Post
MARKET REPORT: Footsie clocks up its best quarter for a decade
Older Post
No road tax, cheaper to run… Could an E-car recharge YOUR finances?

How to make your children's savings grow while they do 0