By Dan Heching For Dailymail.com

She’s the comic star of some now classic films helmed by her director husband Judd Apatow.

And Leslie Mann was spotted out looking summery on Tuesday, as she went shopping with daughter Iris Apatow, 17, in Malibu, California.

The This Is 40 actress, 48, had on a cap-sleeved white t-shirt that allowed a hint of her midriff to show, along with baggy shredded light wash jeans which hung low on her hips. 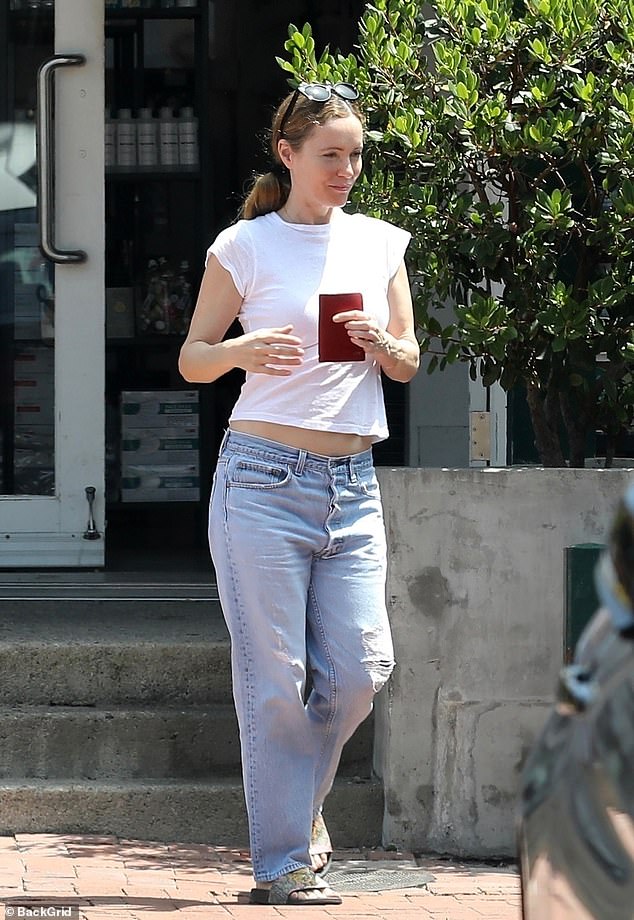 Movie star: Leslie Mann looked lovely and fresh-faced on Tuesday, when she was seen out with daughter Iris for a shopping trip in Malibu

Leslie had her dirty blond hair in a low pony and accessorized with thick black sat-eye shades.

The actress stepped her feet into a pair of slides for the shopping excursion, which took the girls to Beauty Collection among other shops.

Iris, whose appeared in her parents’ films including This Is 40 and Funny People, had peroxide blond hair and wore denim shorts along with a loose-fitting pink tee with the words King Kong on the front. 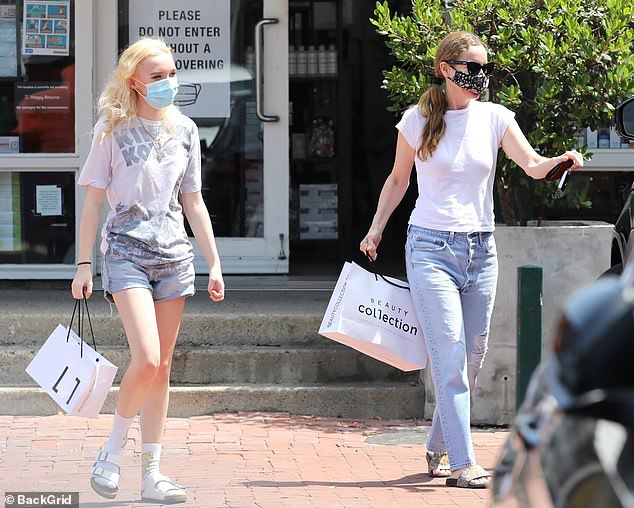 Mom and daughter: The This Is 40 actress had on a lovely cap-sleeved white t-shirt, along with baggy shredded light wash jeans

Both mother and daughter at one point sported face masks.

Leslie is also mom to daughter Maude, 22, who is an up-and-coming actress appearing in such titles as HBO’s acclaimed series Euphoria and the new film King of Staten Island, directed by her dad. 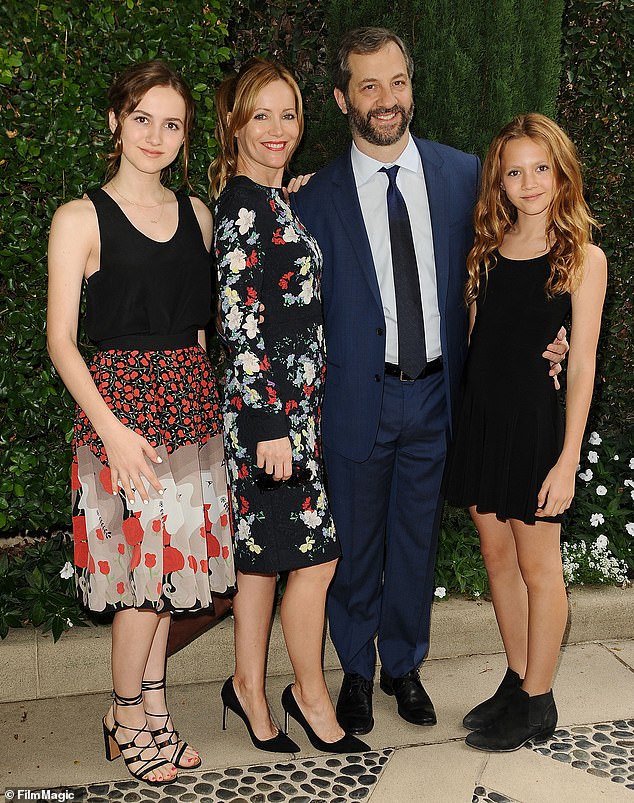 Maude and Iris’s parents Leslie and Judd, 52, have been married since 1997.

One of Mann’s upcoming projects is the fun-looking film update to Noel Coward’s play Blithe Spirit, which will costar Judi Dench, Isla Fisher and Dan Stevens. 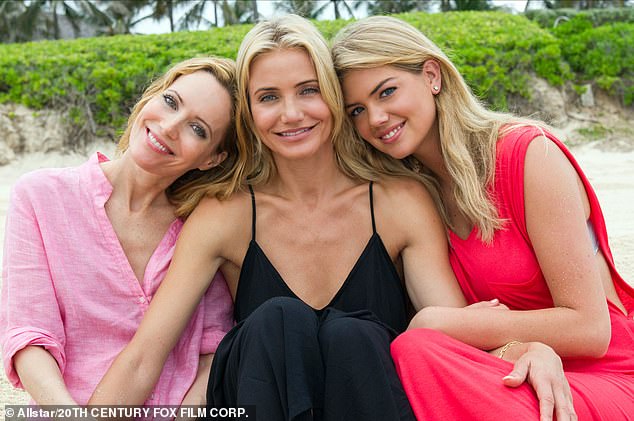 Evolution: Leslie appeared in Judd’s early work before going on to bigger (and hilarious) roles in 2014’s The Other Woman (pictured, with Kate Upton, right, and Cameron Diaz, center) 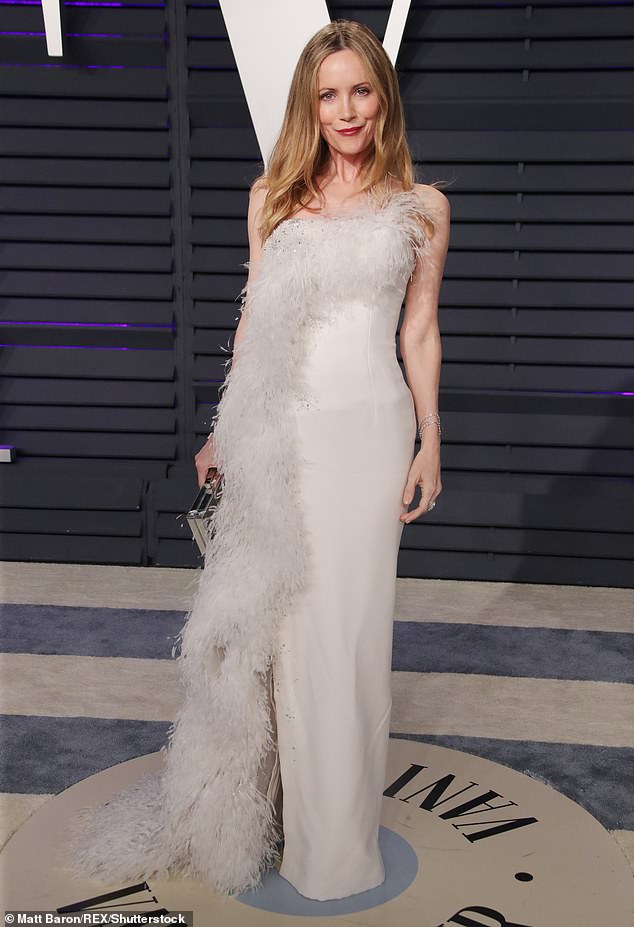 Stunning: One of Mann’s upcoming projects is the fun-looking film update to Noel Coward’s play Blithe Spirit; seen here in 2019