Hannah Ferrier reveals why she quit Below Deck Med as she embraces the 'simple' life in Sydney
Lana Del Rey snuggles kittens as she celebrates finishing book after jetting off with her typewriter
ALEX BRUMMER: A crisis like no other

She’s never been shy when it comes to her bold fashion choices.

But Jaime Wintstone decided to let her incredible features do the talking on Tuesday as she shared a sultry Instagram snap with her fans.

The actress, 35, put on a sultry display in a barely-there top and a sexy red lip as she shared the smouldering snap with her fans. 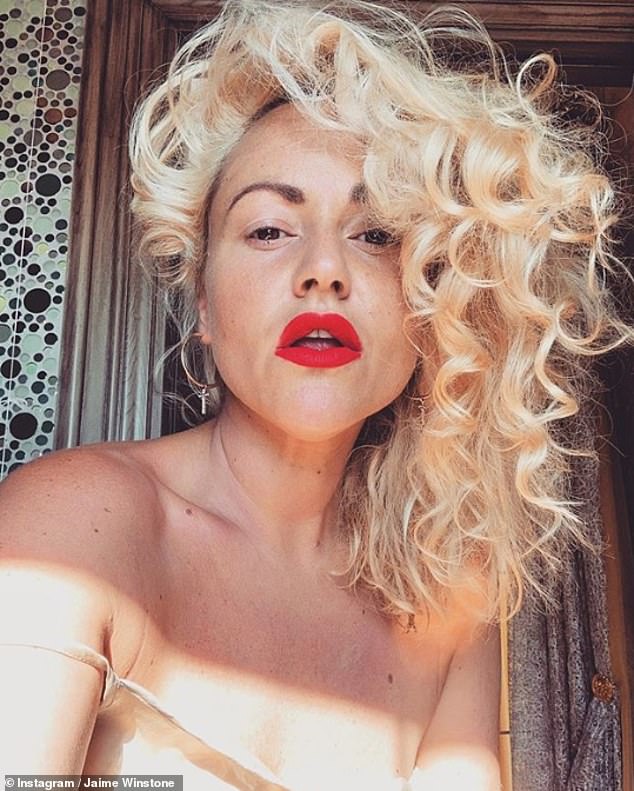 Sexy: Jaime Wintstone, 35, let her incredible features do the talking on Tuesday as she shared a sultry Instagram snap with her fans

Jaime highlighted her flawless complexion by wearing little more than a red lip, with her platinum blonde tresses in a dramatic mass of curls.

Among those who commented on the sexy post was singer Rita Ora, who simply wrote: ‘Amazing hair,’ followed by a trio of fire emojis.

I love it! Among those who commented on the sexy post was singer Rita Ora, who simply wrote: ‘Amazing hair’

Jaime is mum to son Raymond, four, with partner James Suckling, and previously revealed that while pregnant with her son she followed a hypnobirthing programme recommended by her pal Kate Moss.

Speaking to Hello! magazine, Jaime revealed: ‘Right now, I’m looking into Dr Gowri Motha’s gentle birth method and hypnobirthing. Kate (Moss) and a few others have been telling me about how the method makes such a huge difference.

‘The approach to birth is chilled – there’s no fear and dread and no drugs. I’m very much into meditation and control. I’m just at the point where I’m going to start the hypnobirthing programme and try to come to a decision on how I do it.

‘I might even have the baby at home. We’ll see as things progress,’ she revealed. 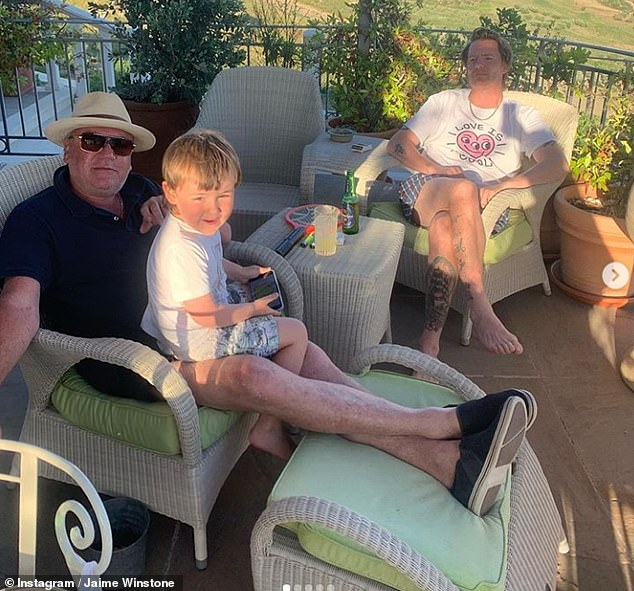 In 2018, it was also revealed that Jamie might have secretly wed her long-term partner James Suckling.

The Love, Rosie star introduced James as her ‘husband’, before looking a little flustered and adding, ‘I mean, my fiance’ when interviewed by the Daily Mail.

It was revealed that year that DJ James had popped the question, and the pair had started planning their nuptials.

Jaime, who has calmed down her party-girl image since giving birth to her first child, was reported to be hosting the wedding at her father’s Surrey estate. 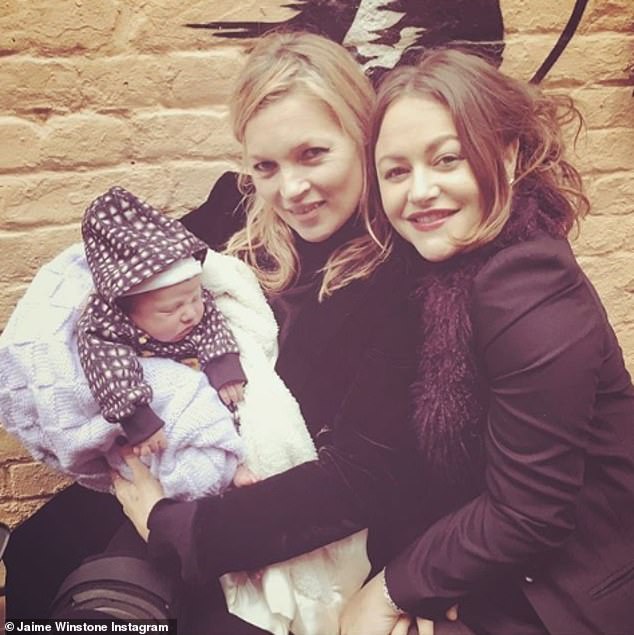 Doting:  The star recently revealed that while pregnant with her son she followed a hypnobirthing programme recommended by her pal Kate Moss