The Girl Sun
Home U.S Ivanka and Jared could threaten to sue over ads showing them 'smiling'...
U.S

Ivanka Trump and Jared Kushner are threatening to sue The Lincoln Project over ‘false, malicious and defamatory’ billboards they erected in New York City’s Times Square.

On Thursday, the political group – which is comprised of former Republicans who are trying to take down President Trump – unveiled two giant billboards mocking the Commander-in-chief’s daughter and her husband.

The first ad features Ivanka smiling as she raises her hands and gestures towards two separate coronavirus death tolls. 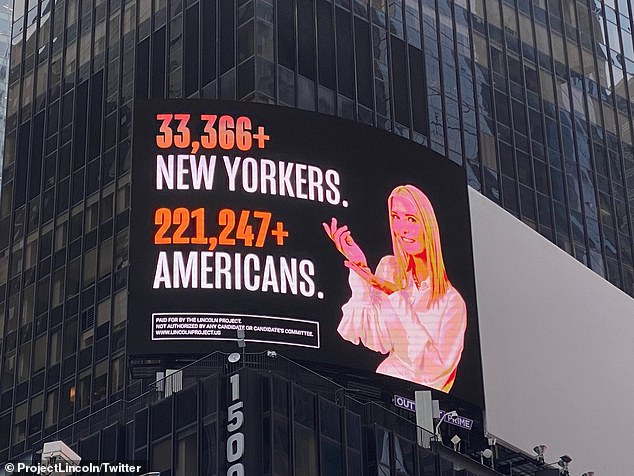 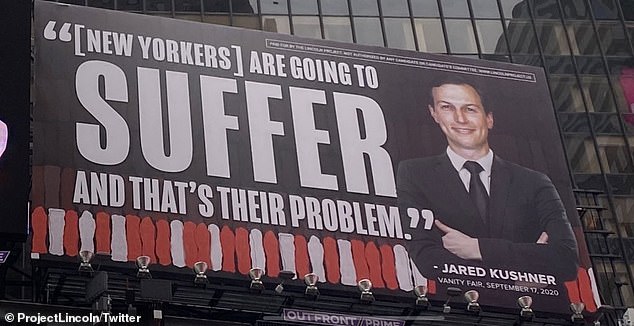 One of the billboards shows Jared  Kushner smiling as he stands next to a quote which reads: ‘[New Yorkers] are going to suffer and that’s their problem’

The image of Ivanka was actually taken back in July, when she was holding up a can of Goya beans.

The image has been photoshopped for the Lincoln Project add, removing the beans and altering the context of the First Daughter’s smile.

Meanwhile, a second billboard shows Kushner beaming as he stands next to a quote which reads: ‘[New Yorkers] are going to suffer and that’s their problem.’

There is no proof that Kushner made such a comment. The quote ran in a September Vanity Fair article and was attributed to an anonymous source.

Kushner was reportedly referencing how New Yorkers would be challenged during the COVID-19 pandemic because Governor Andrew Cuomo did not have enough PPE equipment. 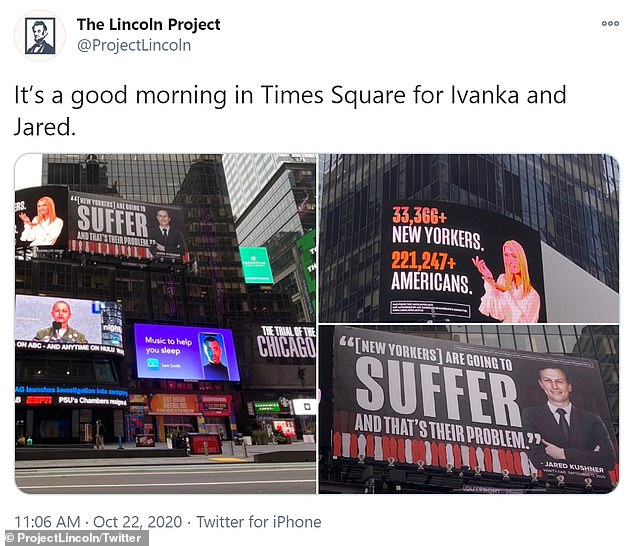 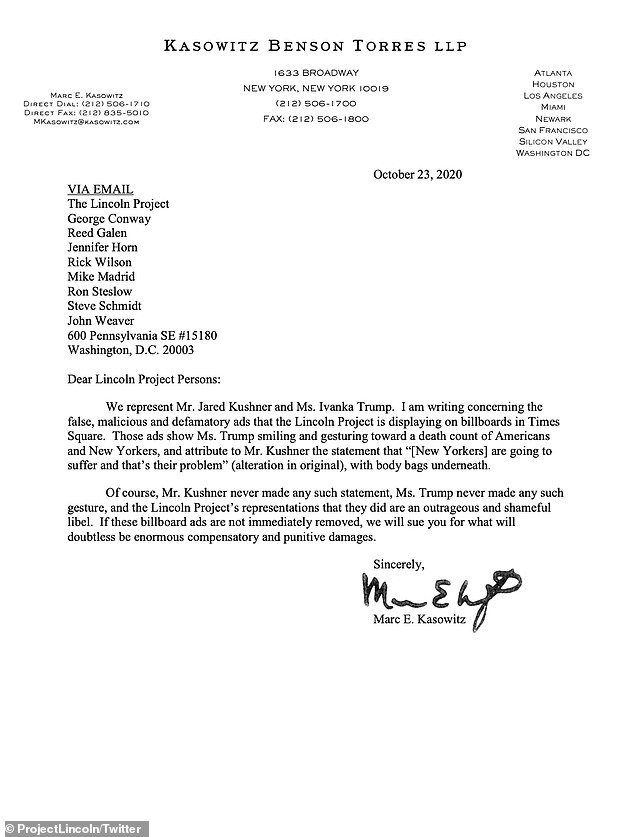 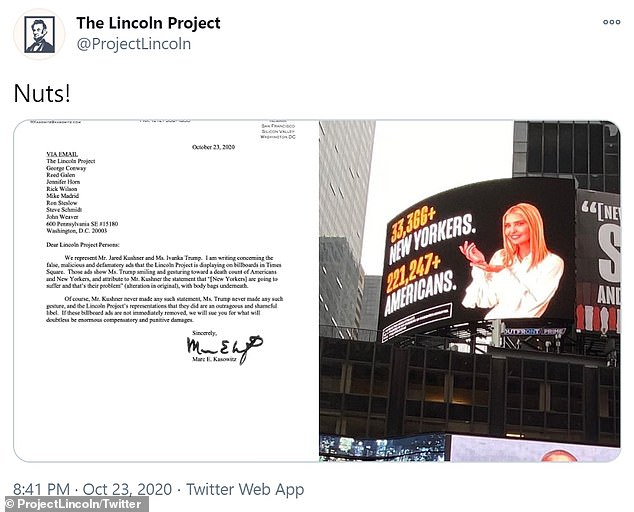 Donald Trump's top medic Dr Anthony Fauci has today apologised for his blistering and bitter attack on Britain over its world-first approval of a coronavirus vaccine...
Read more
U.S

The three ages when alcohol poses the greatest danger: Effect of...
Read more

'I would never defend anybody posting this': Black Panther's Letitia Wright...
Read more

Ashley James, 33, recalls feeling 'old and on the shelf' when she turned 30

Ashley James has spoken passionately about her feelings when turning 30 and urged fans not to be perturbed by entering their third decade. In...
Read more

Lily Allen has unveiled her own sex toy, in partnership with the adult toy range Womanizer.The songstress, who gave the brand a shout...
Read more
News

America (and the world) holds its breath: Millions deliver verdict most divisive ever US President

America (and the world) holds its breath: Millions vote to deliver...
Read more