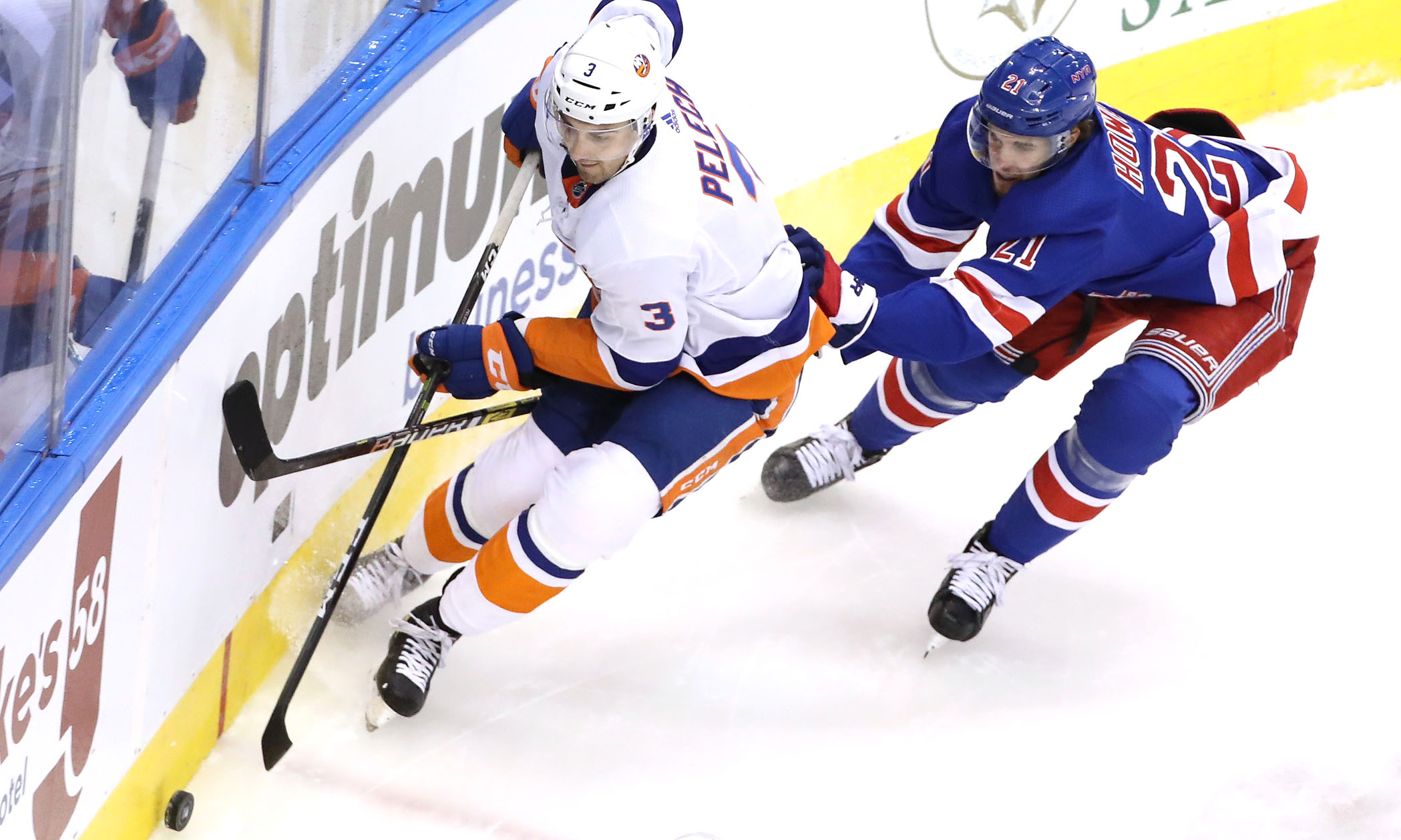 When the NHL suspended the 2019-20 regular season in March, Islanders defenseman Adam Pelech was in a walking boot. He was less than two months removed from what was supposed to be season-ending surgery on his Achilles.

But time heals all wounds, and this one did just in time.

The 25-year-old Pelech skated in the Islanders lineup for the first time since January on Wednesday night, and made his presence known, as the Isles defeated the Rangers 2-1 in their lone exhibition game.

“It’s obviously been awhile, I think it’s been almost seven months since I played,” Pelech said on a Zoom call Thursday. “Definitely a bit of jitters going into the game but once you’re out there and especially with the way our team plays, everyone is so predictable, it made the game really easy for me. I’m glad with how it went and I’m just looking to build on that.”

When the pandemic shut down the NHL, the 6-foot-2 defenseman realized rejoining his teammates for the postseason could be possible.

“As I got out of the boot we kind of kicked it into high gear with the rehab, got me on the ice and luckily I had a lot of time to get back to 100 percent,” he said. “I’m really happy that I’m able to play in the playoffs with my team, I didn’t think that was a possibility this season. I’m really glad for the opportunity.”

The Islanders are grateful for the opportunity as well, considering Pelech gives their defensive unit an entirely different — and deeper — look. On paper, Pelech recorded only a hit and a block in 15:22 against the Rangers, but his contributions go far beyond the stat sheet.

Following Wednesday’s tuneup, several Rangers pointed to the Islanders’ suffocating tactics and ability to take away time and space. That’s something that was difficult for the Islanders to maintain when Pelech was taken out of the equation, which in turn diminished their two-way game in general.

Reunited on the Islanders’ top defensive pairing, Pelech and Ryan Pulock looked as if no time had gone by. And considering just how much time had gone by, the ease with which Pelech stepped back into the pace of play was impressive.

Not competing in a real game for seven months wasn’t even the biggest obstacle to overcome in Pelech’s eyes.

“In all honesty, the most difficult thing to get accustomed to was just the lack of fans and the lack of noise in the arena,” he said. “After the first shift or so, I felt pretty comfortable out there even given the time off.”

The Islanders went 3-0 against the Panthers this season. Here’s a look at how they did it before they meet again in the qualifying round of the playoffs:

What ended up being the first two points of what became the Islanders’ franchise record 17-game point streak had to be decided by a shootout. After Anders Lee and Josh Bailey gave the Isles a 2-1 lead in the second, a goal from Evgenii Dadonov forced overtime. Islanders forward Brock Nelson was the only player to score in the shootout. Semyon Varlamov finished with 35 saves.

After Mathew Barzal gave the Islanders a 1-0 lead in the first, a tripping penalty on Johnny Boychuk in the third allowed Aleksander Barkov to tie the game with a power-play goal. However, 38 seconds later defenseman Scott Mayfield put the Islanders back on top with a shot from the right point that deflected in off Panthers defenseman and former Ranger Anton Stralman. Thomas Greiss turned aside 37 of 38 shots.

After a slow first period, a Panthers tripping penalty that carried over into the second allowed Devon Toews to put the Isles on the board first 49 seconds in. Following another Panthers penalty, Barzal caught Panthers goalie Sergei Bobrovsky out of position and doubled the lead. Mike Hoffman scored toward the end of the second before Lee chipped in an empty-netter. Greiss made 32 saves.