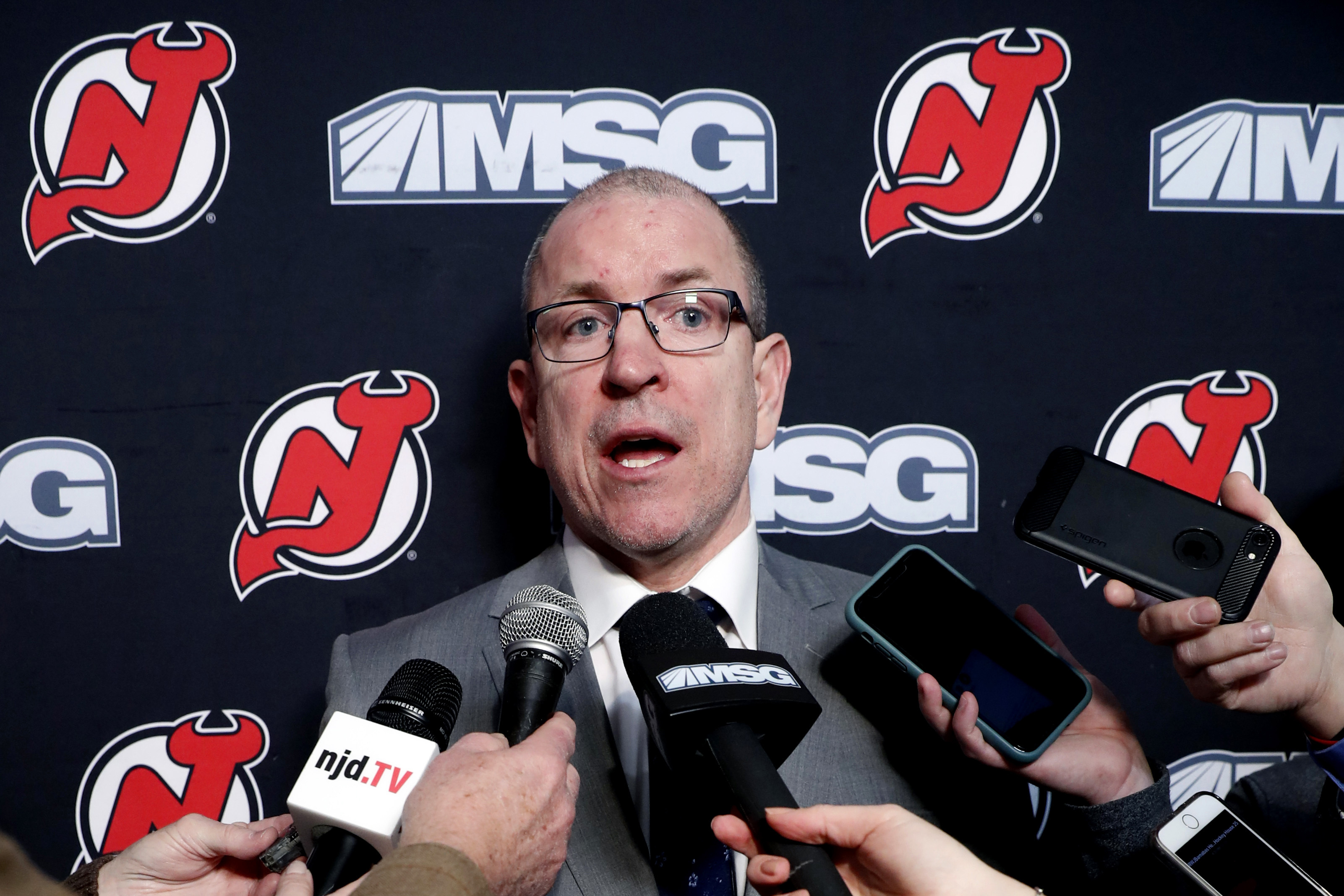 This is the endless summer for Tom Fitzgerald, the Devils, and the other six general managers and their respective teams that are on the outside looking in at the bubble, snubbed by the NHL tournament committee.

“We’d certainly prefer to be playing and relevant in the marketplace,” Fitzgerald, officially appointed the fifth GM in franchise history on July 9 after having served in an interim role since Ray Shero’s dismissal on Jan. 12, told Slap Shots on Friday. “But I can assure everyone that we are using this time constructively in every area to be prepared for next season.”

The 24 clubs participating in the tournament are reaping the benefit of simply being on the ice and playing competitive hockey following the COVID-necessitated pause that shut down the NHL on March 12. The Seven Dwarfs, as they are known affectionately in this space, however, face a best-case scenario of an eight-month offseason if the NHL can meet its Nov. 17 target date to open 2020-21 training camps. That’s not quite equitable.

Fitzgerald knows it, so do his counterparts in Detroit, Ottawa, Los Angeles, Anaheim, San Jose and Buffalo. They have been in constant communication, hardly commiserating, but instead constructing a proposal to submit to the NHL for permission to have a Phase 3 camp of their own leading into Nov. 17.

“We are working on a plan to present to the league so that we have the same opportunity to work with our players as the teams that are in the playoffs,” said Fitzgerald, whose team actually came up only .007 percentage points shy of the cut line. “Eight months is just too long of a layoff.

The NHL is certainly aware of the challenges facing the inactive clubs. Or perhaps we should call these teams, “Unfit to play.” Regardless, the league is sympathetic to their concerns.

“If possible, we’d like to add a prospect camp to it, as well, at the front end,” said the 51-year-old Fitzgerald, who has been directing the operation out of his Boston home base via Zoom and conference calls. “I should say, too, that we opened our rink in Newark for Phase 2 [informal workouts] and I have to give credit to our owners, Josh [Harris] and David [Blitzer] for keeping it open.

“We haven’t had all that many guys in to skate up to this point, it’s been a few, but under Phase 2 protocols, we’re hoping and we think guys will come in early and take advantage of the ice.”

Fitzgerald said he just recently conducted his 2019-20 exit meetings with the players. The Devils have dived to the bottom of the ocean in preparation for the draft, in which the Devils will pick seventh overall and may have Arizona’s and Vancouver’s first-rounders, as well, depending upon the results of the qualifying round.

“We broke down the top 35 prospects among our executive leadership board and our scouts and personnel department, cross-checked video, compiled reports, went about it diligently,” he said. “We built our list, I’m sure there will be some tweaks to it as we get to the draft [scheduled for Oct. 9-10], but we feel good about it.”

The GM has overseen the club’s wellness and conditioning program, with the appropriate coaching personnel designing and redesigning personal programs for the players. Oh, and by the way, Fitzgerald was doing all this while the Ivory Tower was conducting interviews for a possible replacement and while he and the crowded hierarchy were searching for a coach to replace interim man Alain Nasreddine. That, of course, turned out to be Lindy Ruff, who will have plenty of time in which to learn about the team and its personnel.

“There is nothing in the GM’s handbook about how to handle a pandemic,” said Fitzgerald, who was assistant GM in Pittsburgh for five years before joining New Jersey in the same capacity five years ago. “I just went about my business, I appreciated the opportunity, I believed that I was ready to handle it and went at it day by day. It was business as usual, if there’s been anything usual about this.”

The Devils and their brethren are hurrying up to wait … for what optimistically will be at least another three months after nearly five months off. But Fitzgerald isn’t twiddling his thumbs.

“I’m talking to as many GMs as I can. You’ve got 12 in Toronto and 12 in Edmonton and you know they’re talking,” he said. “Sometimes, it’s ‘Out of sight, out of mind.’ I just want to remind everyone that we’re here.”

Anthony LaPaglia, 61, reveals what hotel quarantine in Melbourne was REALLY like

What is behind Gleyber Torres Yankees struggles