By Ruth Sunderland Business Editor For The Daily Mail

Tony Pidgley, a titan of the housebuilding industry, has died at the age of 72 after a life that was a genuine tale of rags to great riches.

He started Berkeley Group by building a single house in 1976 and built it into a FTSE100 giant, making him a vast fortune along the way.

Refusing to countenance retirement, he was working at the company as executive chairman right up to his death. 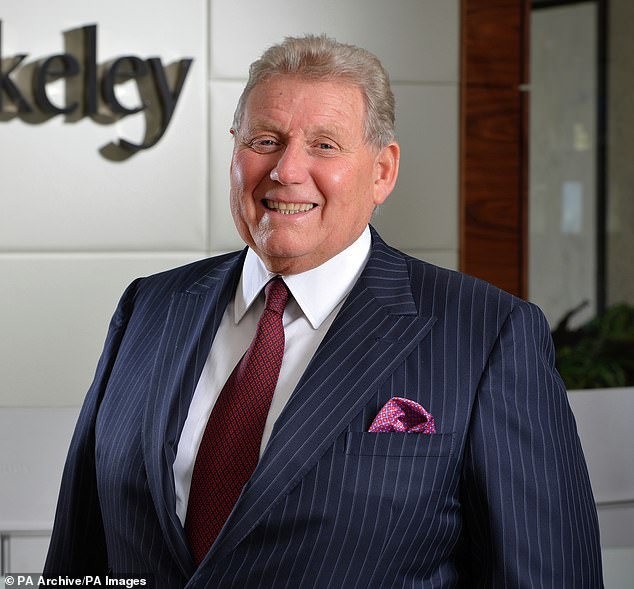 His vast pay-packets were sometimes criticised, but the way he fought his way up from a hardscrabble childhood earned him universal respect in the industry.

He was born to a single mother in Surrey and was a Barnardo’s boy before being adopted by travellers at the age of four. His adoptive parents, Bill and Florence Pidgley, he once said, ‘were astute at a business level’ and gave him ‘a fantastic childhood.’

Growing up in a disused railway carriage, he left school in 1963 at 15 barely able to read or write. He had, however, learned to drive a lorry and strip down an engine, skills which, coupled with innate entrepreneurial flair, helped him set up a haulage firm.

In 1968, at the tender age of 19, he sold out to Crest Homes in a deal that bagged him the first of the many millions he would go on to make. The most recent estimate of his wealth in the Sunday Times Rich List came in at £295m. At the time of his death he held shares in Berkeley worth £71m. After seven years at Crest, where he learned the secrets of the housebuilding business, he quit to set up Berkeley, which was floated on the stock market in 1985.

Pidgley cultivated a down-to-earth image, telling one interviewer that he was as happy to chat to the ‘dirtiest, ugliest looking man on the site’ as to Prince Charles.

Those who crossed him were given short shrift, including his own son Tony junior, who launched a bid for Berkeley in 2003. As well as Tony junior, Pidgley had a daughter, Tania, from his first marriage, and two children with his second wife, Sarah.

Rob Perrins, chief executive at Berkeley Group, said: ‘Tony was a brilliant man who I have been fortunate to work closely with for 20 years.’

Best supplements for weight loss: Well-known liquid in supplement form could be the answer 0