The Girl Sun
Home News Hero father tells how he thought he saved both his sons from...
News


A hero dad thought he had saved both his sons from a caravan fire when he grabbed two limbs from the flames – but they turned out to be the arm and leg of only one child.

Brothers Zac and Harley Harvey, then three and four, were staying at their dad Shaun’s caravan in Ffair Rhos, West Wales for a sleepover, when an accidental fire broke out.

He risked his life and battled through smoke and flames in a bid to rescue both boys – and grabbed what he thought were two arms and headed to safety.

But when he was finally able to see, and looked down, he was holding Harley’s arm and leg. 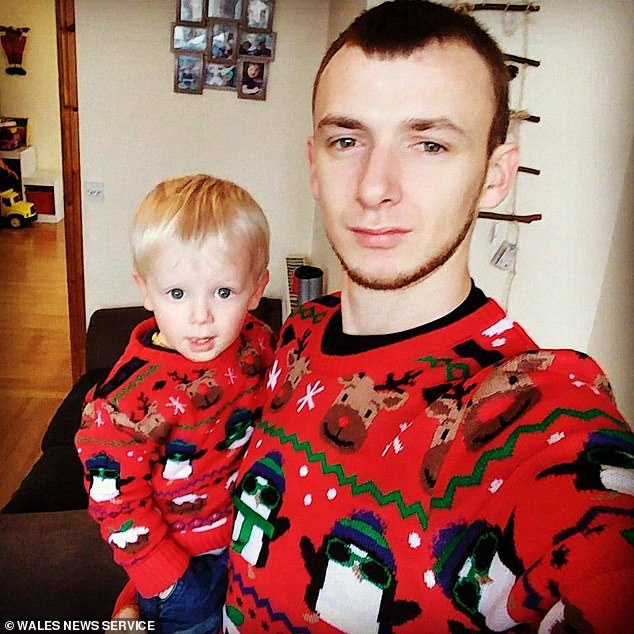 Hero dad Shaun Harvey thought he had saved both his sons from a caravan blaze when he grabbed two limbs from the flames – but they turned out to be the arm and leg of only one child. Pictured: Shaun with son Zac, three, who died in the blaze

His actions saved Harley, and despite being severely injured, he battled to get back to Zac, but it was too late and the fire was too intense.

Zac and Harley’s mum Erin, 28, revealed the heartbreaking plight to the Real Fix podcast, which helps people share their own stories, in their own words.

Authorities are still investigating the cause of the fire, which was accidental and not believed to be caused by the actions of any of the family.

Erin, 28, from Ffair Rhos near Pontrhydfendigaid, Wales, said: ‘Shaun had come out of the caravan, and he was holding Harley’s arm and Harley’s leg.

‘He thought that he was holding both Harley and Zac. 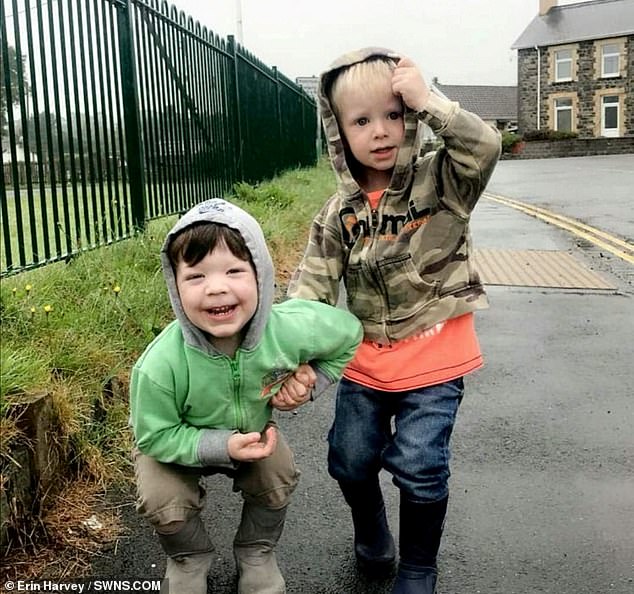 Brothers Harley (left) and Zac (right) Harvey, then three and four, were staying at their dad Shaun’s caravan in Ffair Rhos, West Wales for a sleepover, when an accidental fire broke out

‘It wasn’t until he was out of the caravan and going into the house carrying Harley that he realised that it wasn’t Zac, it was just Harley.

‘His family said that he tried to go back into the caravan to get Zac, but it was totally engulfed in flames by this point.’

The fire ripped through the mobile home at around 5am during a weekend sleepover with his children in January.

Erin, who co-parents with Shaun, woke up to missed calls from people who witnessed the accident.

Harley and his dad were taken to hospital, but Erin was told the police were on their way to her home.

Speaking on the podcast, she said: ‘I spoke to a nurse who told me that Sean and Harley were there and to wait at home.

‘I asked “where is Zac” and she said she wasn’t sure and the police were coming to speak to me.

When the police arrived 40 minutes later, they told her Zac had passed away. 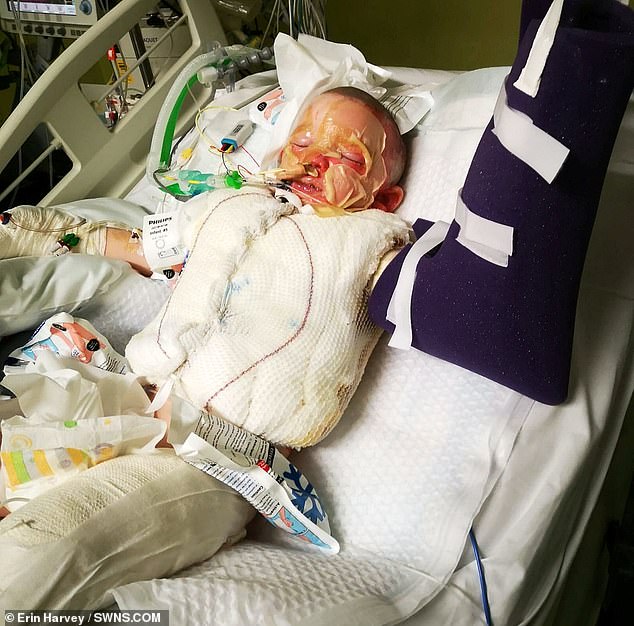 Shaun’s quick actions saved Harley (pictured, recovering in hospital), and despite being severely injured, he battled to get back to Zac, but it was too late and the fire was too intense

She said: ‘Even though I knew it from when I spoke to the nurse, it was still a shock to hear the words.

‘I just fell to the ground, and was just shouting and screaming and then all of a sudden there were just all these questions.’

She rushed to Harley’s bedside and was told he had a slim chance of survival, due to the extensive burns he had suffered, and he was in coma.

Erin said: ‘The doctors said it’s very touch and go, it wasn’t even hour by hour, it was minute by minute.’

To Erin and Shaun’s surprise, when Harley woke up, he could remember that his brother had died.

‘Because of the burns and the damage to his lungs he couldn’t really speak but you could tell what he was trying to say,’ he added.

‘He woke up and started trying to shout “daddy”.

‘It was really hard, just knowing that he must have been so confused.

‘It was quite quickly that he said to me “Zac’s dead”.

‘That was when it kind of hit me the most, hearing him say it.

‘Hearing doctors and police and grown-ups saying it was totally different to hearing Harley saying it.’

Harley is now recovering well, and is being supported by all his family.

Erin said: ‘I think he’s even cheekier than he was before – he’s just doing so well.

‘He takes everything in his stride. He handles it much better than I could have myself.

‘[…] You think these things do happen, you just never think it’ll happen to you.’

She spoke to the team at the Real Fix podcast – which features real life people telling their own extraordinary stories in their own words.

BBC viewers were moved as a five-year-old boy with cerebral palsy met his 'companion' puppy for the first time.Darren and Gemma Summerscale-Heards appeared on...
Read more
News

Not such a safe place! Amazon customer left in dismay after...
Read more
News

BBC viewers were moved as a five-year-old boy with cerebral palsy met his 'companion' puppy for the first time.Darren and Gemma Summerscale-Heards appeared on...
Read more

A staggering 90 percent of Republicans in Congress will not admit Joe Biden won the election with only 25 of the 249 GOP...
Read more

I'm A Celeb: Giovanna Fletcher's brother Mario Falcone bags £9,000 after betting on her

She became the first ever Queen of the Castle after being crowned as the winner of the first UK series of I'm A...
Read more

Coronavirus hospitalizations across the United States have breached 52,000 for the first time in three months as cases spike to record daily highs...
Read more
Sport

With 12 years separating them, comparisons between 32-year-old Robert Lewandowski and 20-year-old Erling Haaland may seem unwise, even unfair. But then you see...
Read more
Sport

Danny Ings 'on the brink of signing a new long-term Southampton...
Read more