The Girl Sun
Home U.S Girl shows off her pet tiger while taking it out for a...
U.S

By Adry Torres For Dailymail.com

This is the moment a young girl showed off her pet tiger and bragged about having a smaller one inside her home in Mexico.

A video recorded by a friend of the girl’s father shows the child holding on to the Bengal by a leash as she walked it down a dirt road in the Sinaloa municipality of Guasave.

The girl started walking back with the wild feline before the man pulled up in front of her house and asked the whereabouts of her dad, subsequently quipping,’let me see that damn dog?’ 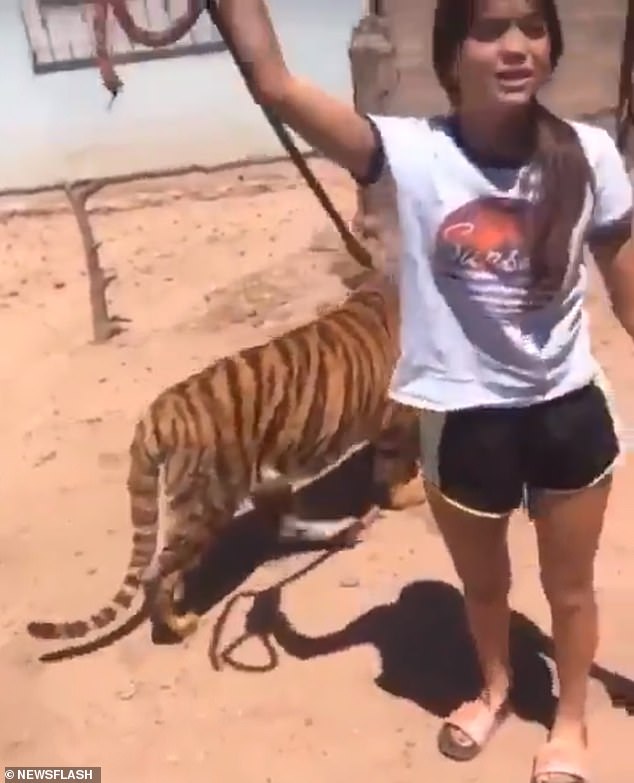 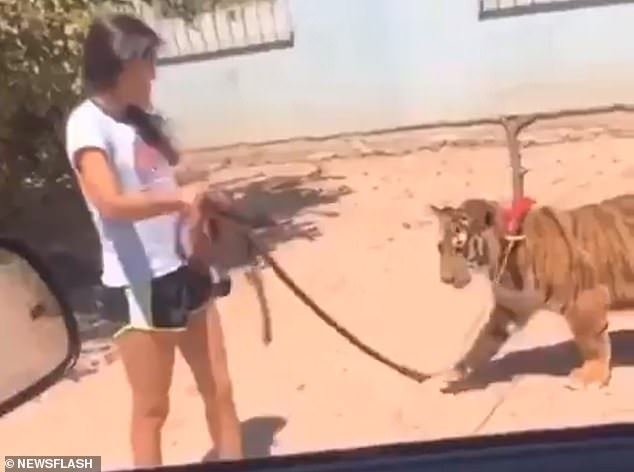 The girl paced around with the cat and claimed that there was a smaller one inside her family home.

‘Lets see,’ the man continued. ‘Does that dog eat?’ 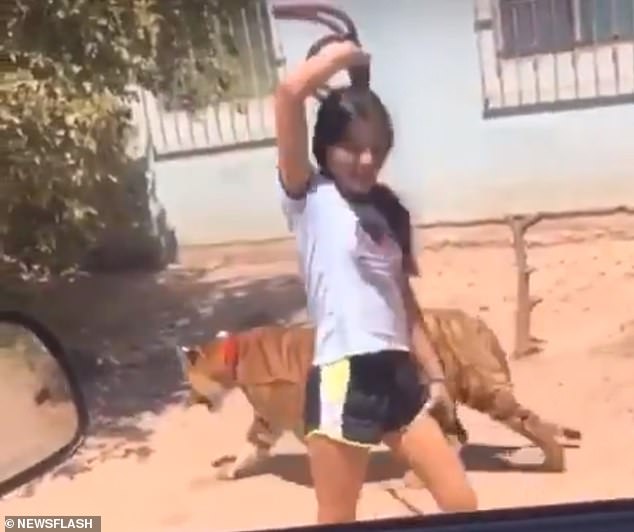 According to the Federal Attorney for Environmental Protection, ‘the Bengal tiger [Panthera tigris] is an exotic species listed in Appendix I of the Convention on International Trade in Endangered Species of Wildlife and Fauna.’

In May, authorities in the western state of Jalisco seized two Bengals from a home, including one that was recorded roaming down a street before it was caught by a man swirling a lasso.

The Bengal tigers were housed inside an enclosed area within a farm, but the owner did not have the proper permit to house them. 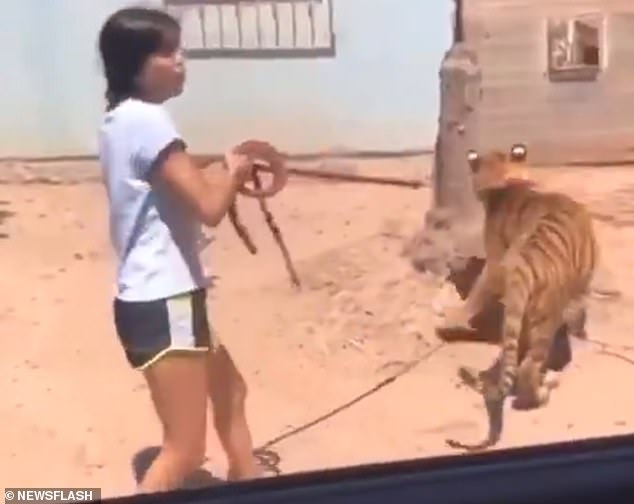 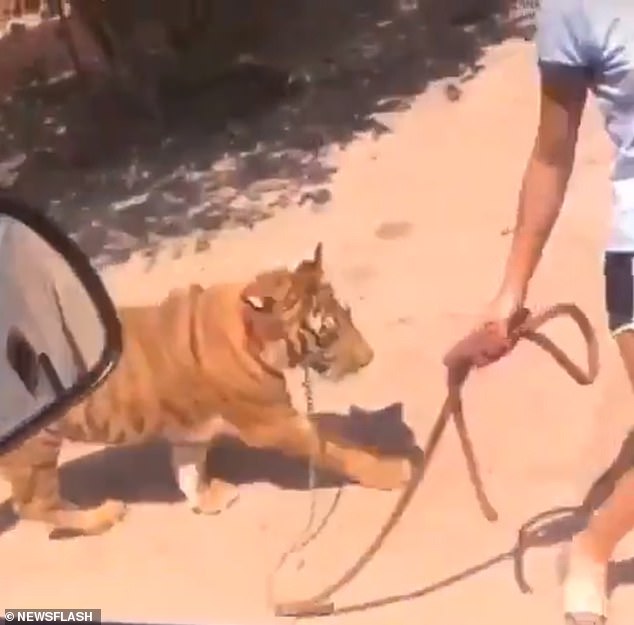 thegirlsunhttps://thegirlsun.com
Previous articleEngland urged to tour Pakistan as they plan a visit there for the first time since 2005
Next articleHow Devon, Oxford and Coventry all have higher Covid-19 infection rates than London

Donald Trump says he now identifies as a 'non-denominational Christian'

Donald Trump has said he now identifies as a 'non-denominational Christian' despite being brought up as a Presbyterian.The president announced his change in...
Read more
U.S

Florida deputies will be stationed at early voting sites

Florida law enforcement will be stationed at early voting sites after two armed security guards were spotted at Trump campaign tent outside a...
Read more

TEN MILLION are to be plunged into Tier 3 lockdown: Boris...
Read more
Sport

UEFA 'could expand the Champions League to 36 teams in a...
Read more
Feamil

Man, 39, has a 'Kinder-egg sized' cyst on his forehead removed in The Bad Skin Clinic

A man who hasn't gone outside without a hat on for two years due to a 'Kinder-egg-sized' cyst on his forehead has it...
Read more