They have been happily married for eight years.

And David Tennant’s wife Georgia showed off her playful side as she took to Instagram on Saturday to share a snap of the actor, 49, in the nude.

David was exposed by his actress wife, 35, for recording the adverts of his upcoming series of ‘David Tennant Does A Podcast With…’  in nothing more than his birthday suit. 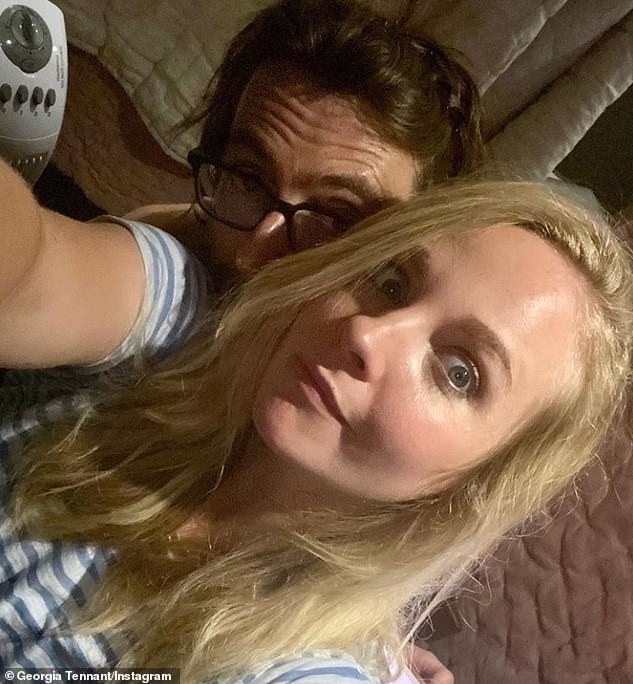 Bare all: In a hilarious snap posted on social media Georgia Tennant revealed that her husband David Tennant was recording his next podcast series in the nude on Saturday afternoon

In the amusing Instagram snap, she called David ‘Lady Godiva’ as she revealed he was finishing all of his podcast ads in the nude.

Even though they were recording from a sound proof studio, it wasn’t enough to cool the Doctor Who actor down from the scorching British heat, so his only option was to get completely naked.

She wrote: ‘Me and Lady Godiva doing the podcast ads. #maybehesbornwithitmaybeitsmanscaped.’ 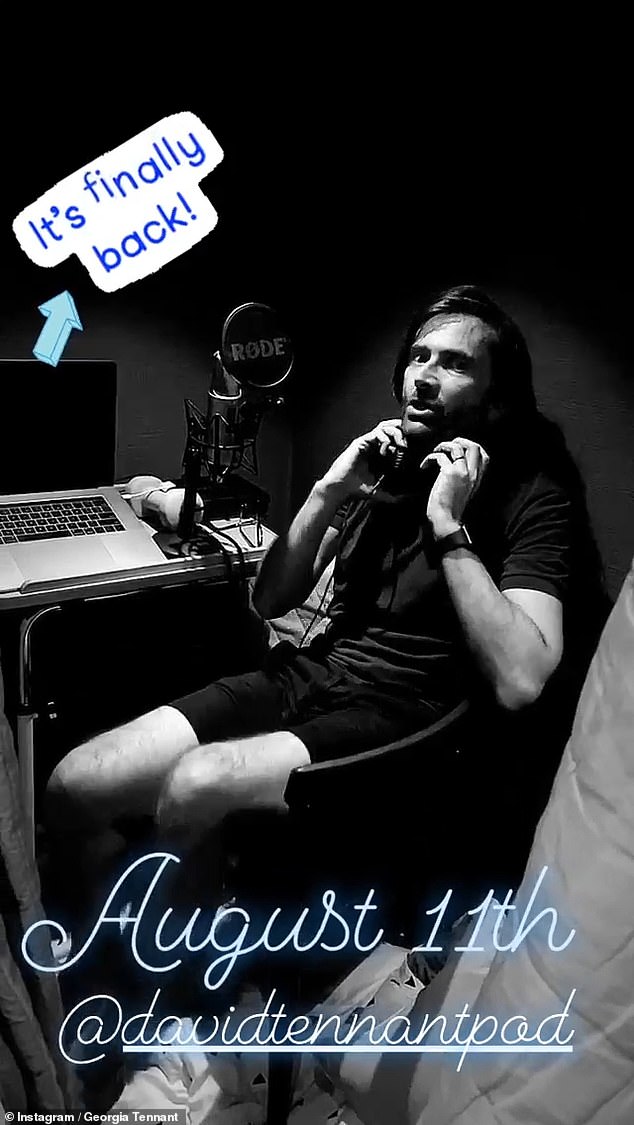 Interview time: The upcoming series from the Doctor Who star, 49, will air on August 11 2020 and will feature a range of interviews with the movers and shakers of the world

In attempt to cover his modesty, David shied away from the camera and even hid behind his other half.

On her Instagram story, the actor insisted ‘don’t show them me’ as he recorded the final elements of his podcast with the help of his wife.

He peels the curtain back on some of the world’s biggest names and leads insightful conversations with the likes of Michael Sheen, Whoop Goldberg, Sir Ian McKellen, Gordon Brown and many more.

Recording for their next series is well underway, as Georgia, who is also a producer, showed a rare behind-the-scenes glimpse of their podcast process. 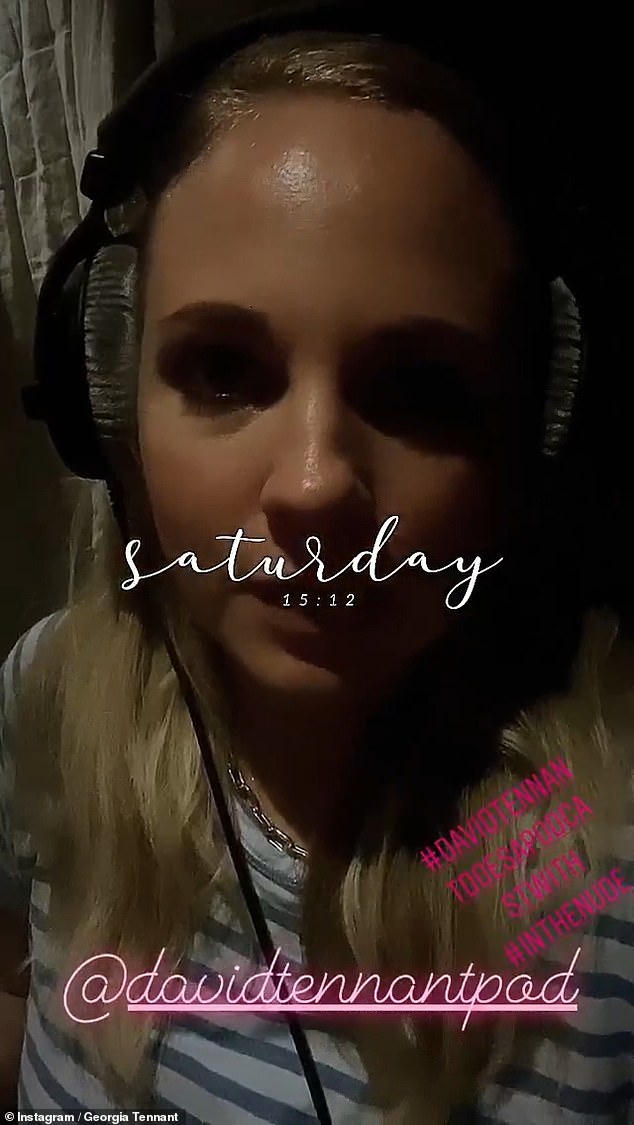 In the nude: The actress and producer, 35, joked that her husband was ‘Lady Godiva’ as he tried to avoid the camera and retain his modesty as he recorded the final adverts for his show

Aside from the odd social media snap, the couple tend to keep their private life away from the spotlight. 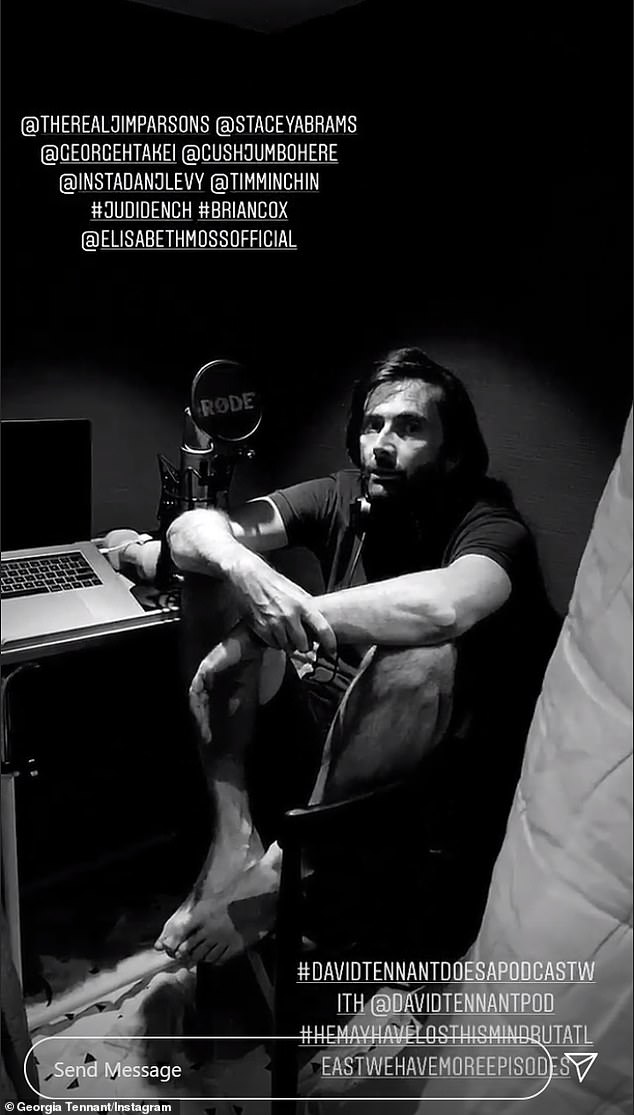 Georgia confirmed the arrival of her fifth child in October with a hilarious Instagram post, as she compared the birth to that of David’s Good Omens co-star Michael Sheen’s daughter Lyra.

The actress became pregnant for the first time as a teenager after a fleeting relationship with a university student, which resulted in the birth to Ty at 17. He was later adopted by David in 2012.

Ty revealed the name of his youngest sibling during an appearance on Lorraine last month, excitedly telling the host he wanted to give a shout-out to his family. 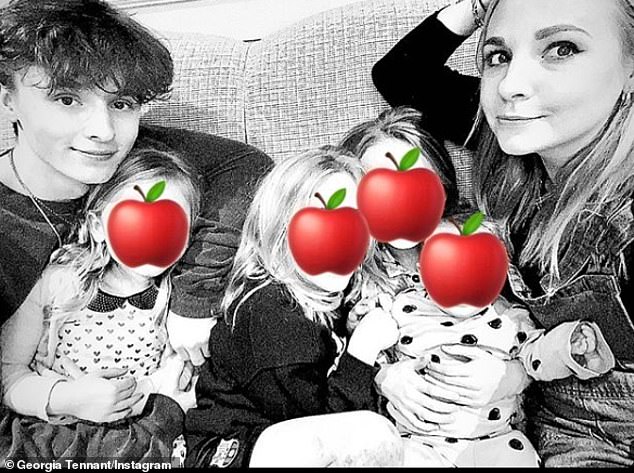 He said: ‘Hi mum, I love you mummy. Hi dad, Wilfred, Olive, Doris, Birdie… I love you all. Sorry, I’ve always wanted to do that,’ which led Lorraine to agree that he ‘had all the family covered.’

During the interview, Ty also spoke of the moment he met his adopted dad on the set of Doctor Who when he was just five years old.

The budding actor spoke of his close bond with the sci-fi superstar whom he calls his father, and why he would love to be the third Doctor in the family. 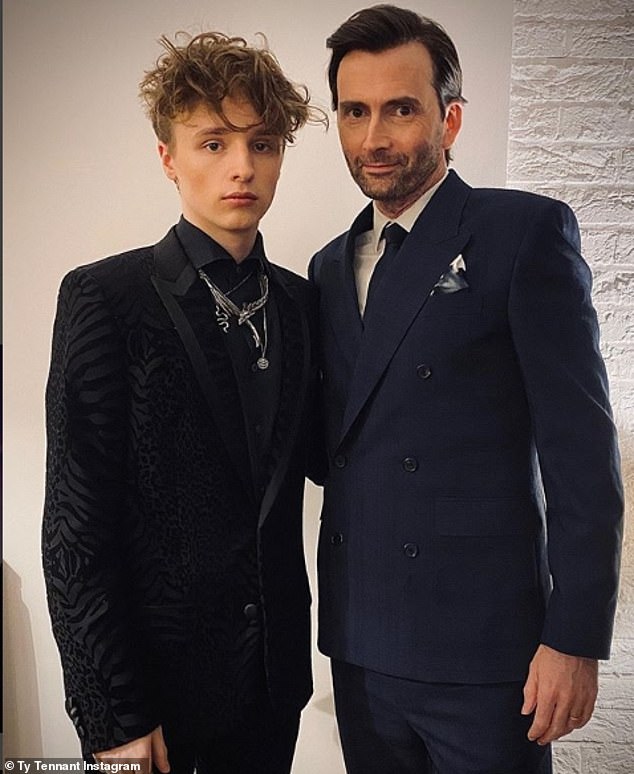 Runs in the family: Ty was adopted by his father in 2012 and has followed in his footsteps, landing acting gigs in War Of The Worlds, Casualty and Tolkien

David met Ty’s mum when she had a guest role in the 2008 episode The Doctor’s Daughter – and it was then when Ty met his TV hero.

‘It was great, I was five when I first met my dad, my mum was working on Doctor Who at the time,’ Ty said.

‘I watched him on TV as the hero, and it was crazy how much your life can change.’

Ty has followed in his father and mother’s footsteps, starring as Tom in H. G. Wells’ War of The Worlds. 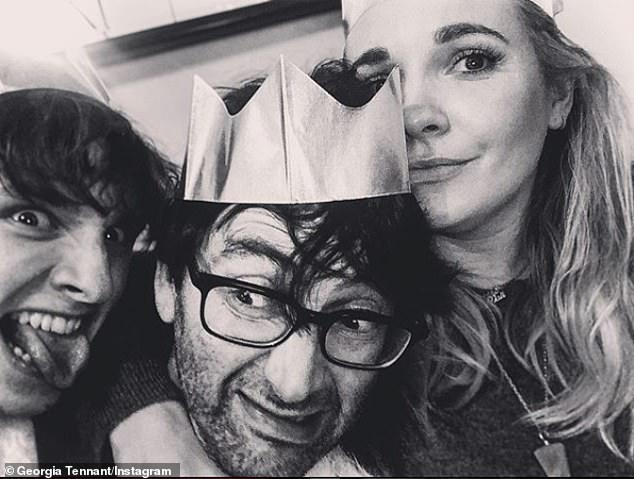 Overcoming challenges: In February 2018, Georgia was diagnosed with the early stages of cervical cancer but thankfully she received successful treatment