Rise and shine – because there are some brilliant brunches out there. 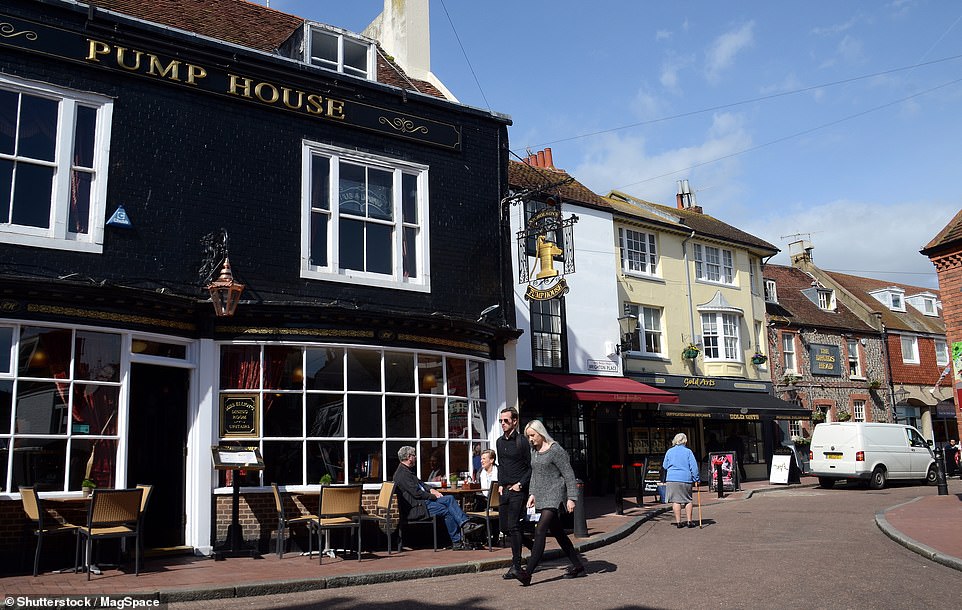 Brunch in Brighton’s Lanes, pictured, is a lovely experience, especially if you can snaffle a window seat and watch the world troop by, says Richard Mellor 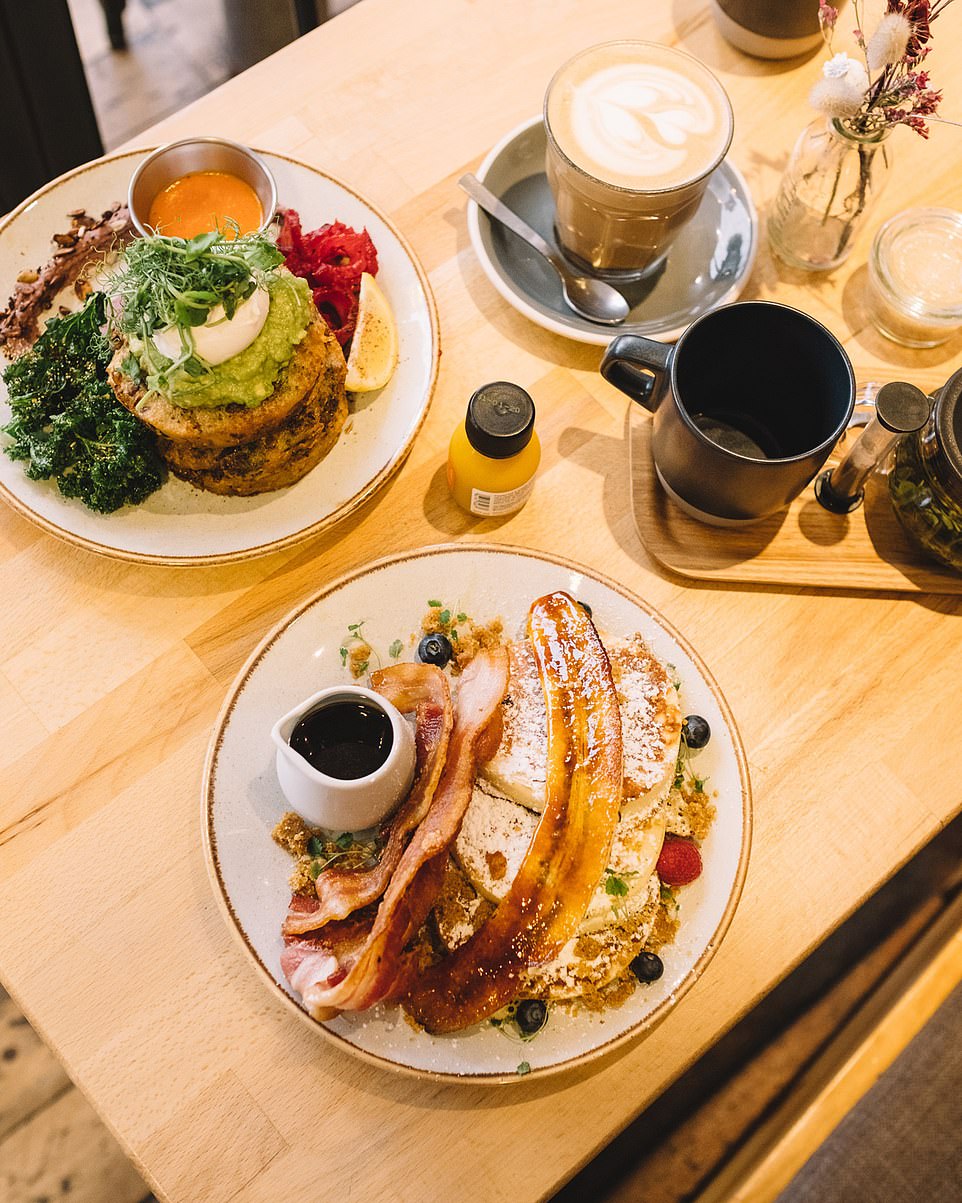 Brunch in Brighton’s Lanes is a lovely experience, especially if you can snaffle a window seat and watch the world troop by.

So step forward Lost In The Lanes, where an all-day breakfast menu, ranging from gourmet fried potatoes with mozzarella and cashew pesto to French toast with lemon curd, is served alongside smoothies and cappuccinos. Go early to beat the inevitable queue (lostinthelanes.com). 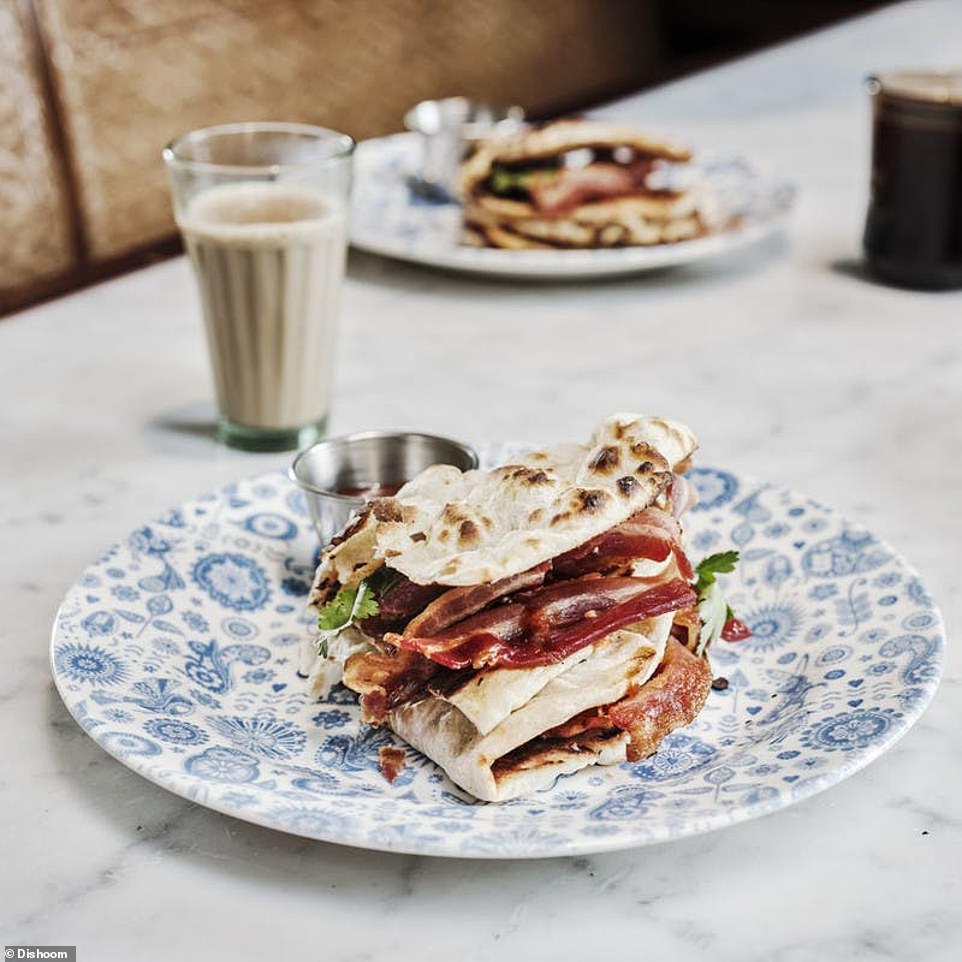 Reasons to ride the Victoria Line to Walthamstow, its most north-eastern stop, include a museum devoted to the 19th Century all-round creative William Morris, Europe’s longest street market and Buhler & Co, which proves that Antipodeans really do brunch best. Its all-vegetarian options mean everything is healthy, it’s just that some things, such as quinoa cakes, smoked aubergine houmous or sweet potato and smoked tofu hash, are healthier than others, such as brioche French toast, maple and thyme-poached peach and elderflower cream (buhlerandco.com).

Clapham, replete with affluent young families and its strollable common, makes an obvious brunch hotspot. Always busy is Brew – you can’t reserve a table, so get there early – thanks to its diverse all-day menu. Sweetcorn fritters and pan-fried halloumi pide (a Turkish flat bread) represent the savoury end, with toasted banana bread rather naughtier, and treacle-cured bacon sandwiches somewhere in between.

More standard granolas, pancakes and egg dishes are also present and correct, while breakfast martinis and Maltesers milkshakes make for decadent beverages. Brew also has a branch in the tennis mecca of Wimbledon (brew-cafe.com). 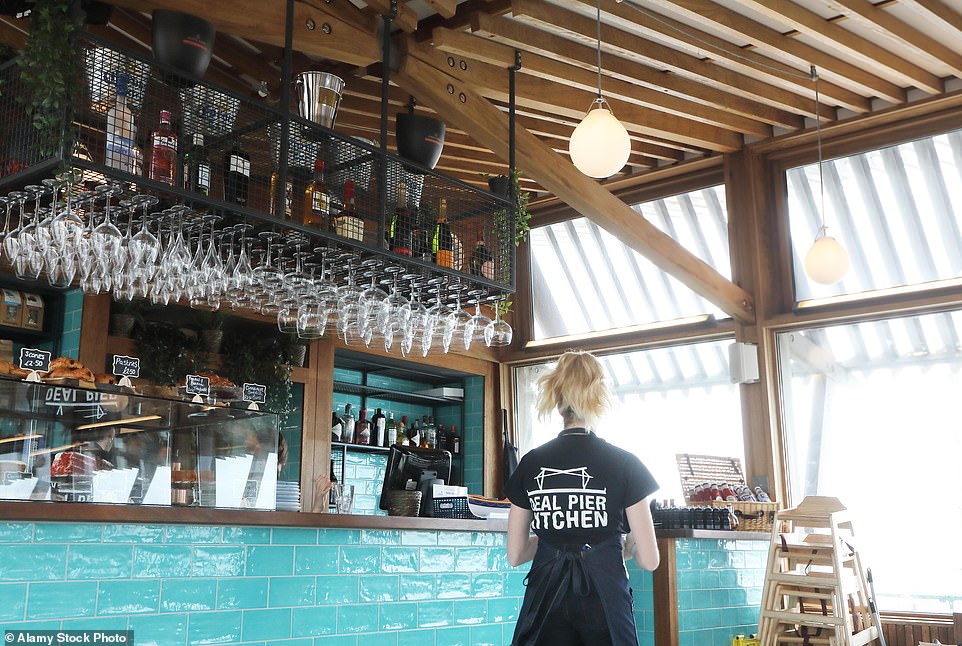 And raise a mug of coffee to Samphire in Whitstable, particularly for its bubble-and-squeak, black pudding and fried egg combos (samphirewhitstable.co.uk). 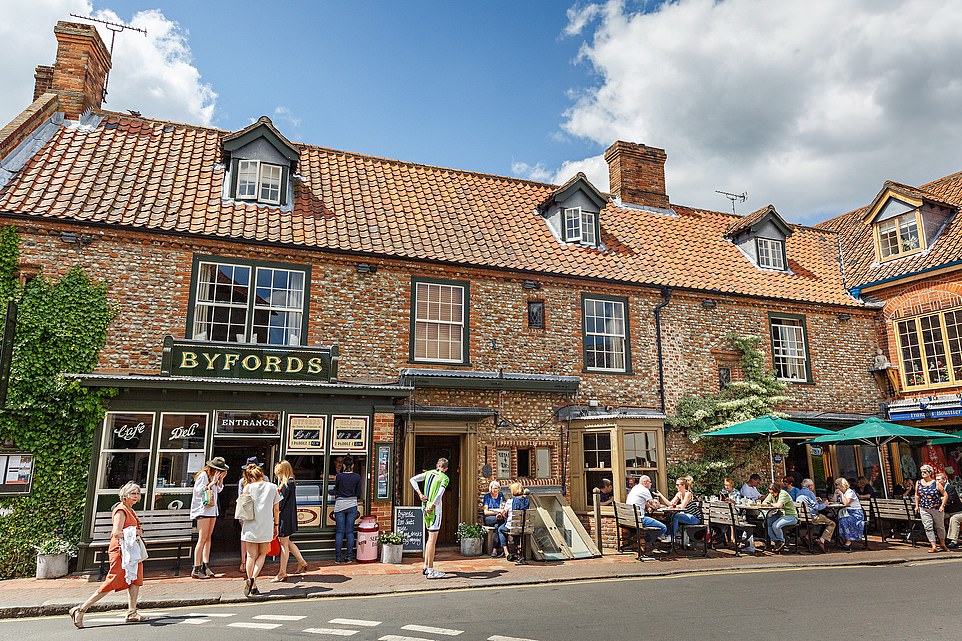 Smoothies, scrambled egg and smoked salmon-stuffed croissants, kippers, kedgeree, smashed avocado on muffins and cinnamon rolls are on the menu at Byfords in Holt, Norfolk

It’s a lovely place to linger, and nowhere suits mid-morning lingering better than Byfords, a guesthouse, store and farmhouse-style cafe in one.

The cafe’s breakfast menu, offered until 11.30am from Monday to Saturday and until 3pm on Sundays, spans smoothies, scrambled egg and smoked salmon-stuffed croissants, kippers, kedgeree, smashed avocado on muffins and cinnamon rolls.

And there’s even a ‘breakfast pizza’ topped with sausage, bacon, black pudding, egg, mushrooms, beans and, this being a pizza, mozzarella. Phew! (byfords.org.uk). 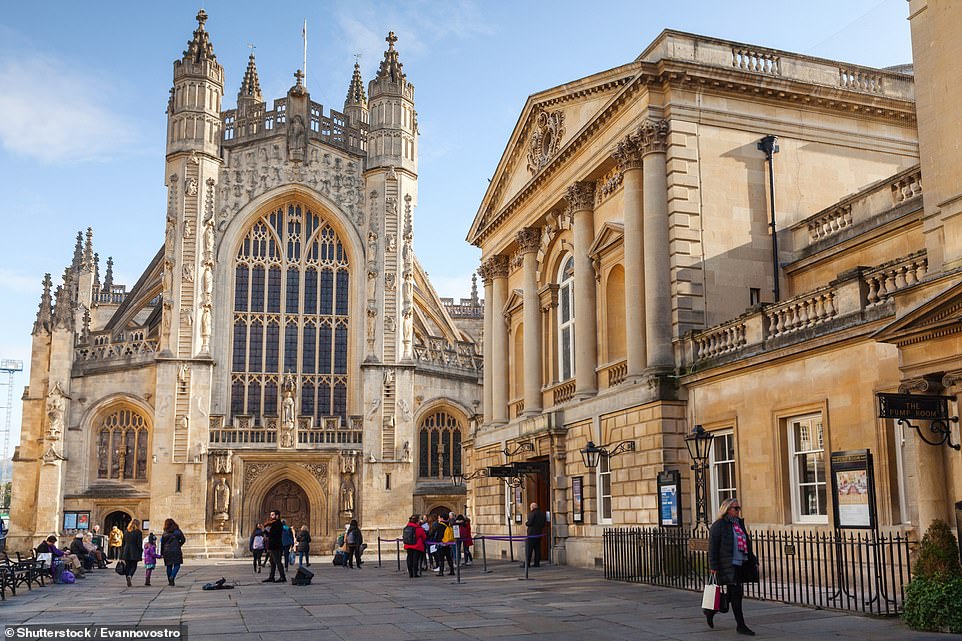 On the elegant Upper Borough Walls, just a minute or two from Bath Abbey and Pulteney Bridge in the city’s brown-stone heart, Good Day Cafe puts the emphasis on local suppliers.

If you’re feeling bold or need a pick- me-up, order a charcoal or beetroot latte with your meal. Dogs are welcome (gooddaycoffee.co.uk).

Laura, Ben, Tom and Sam are the friendly founders of Frampton’s, an all-day bar- restaurant in Ringwood which excels at brunch. Signature dishes include slow-braised beef short rib, poached eggs and hollandaise atop a crumpet, and toasted brioche below banana cream.

The coffee is good, too – strong, bitter and best enjoyed in the outside seating. 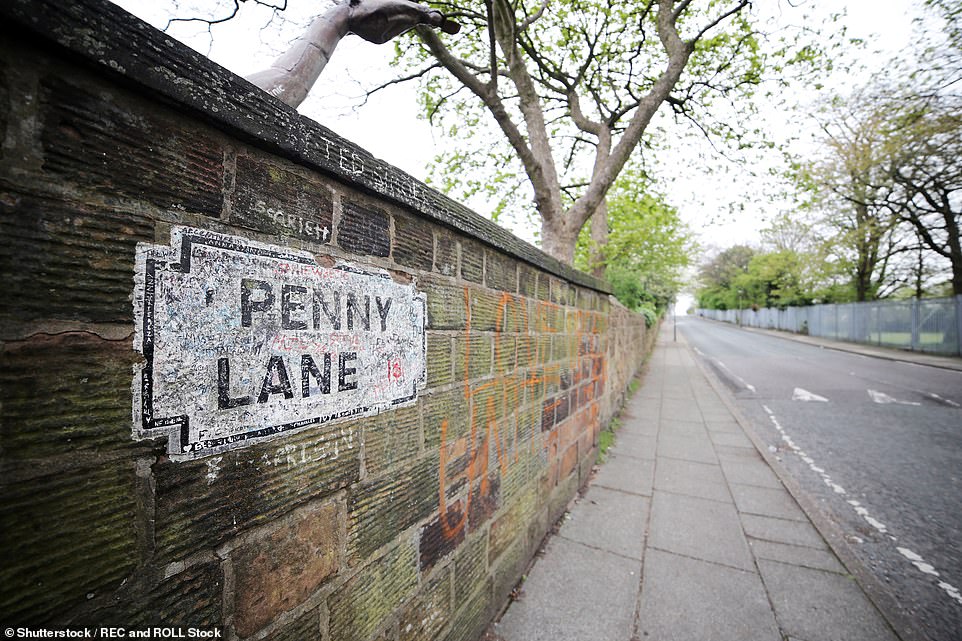 What with Yorks closing branches and Peel & Stone now a wholesale supplier, Gas Street Social has assumed the mantle of Brum’s brunch king, despite serving the meal between Thursday and Sunday only.

Its position in the Mailbox shopping and office development has its patio facing the canal, which is splendid on sunny days.

Better still are the American-style pancakes with streaky bacon, the avocado and eggs on toast, and the oh-so-cheesy toasties with bechamel. Bottomless boozy brunches are anchored on bellinis or mimosas, and there’s good coffee, too. With New Street station inside a ten-minute trot, it works well for a first or last stop during a weekend break (gasstreetsocial.co.uk). 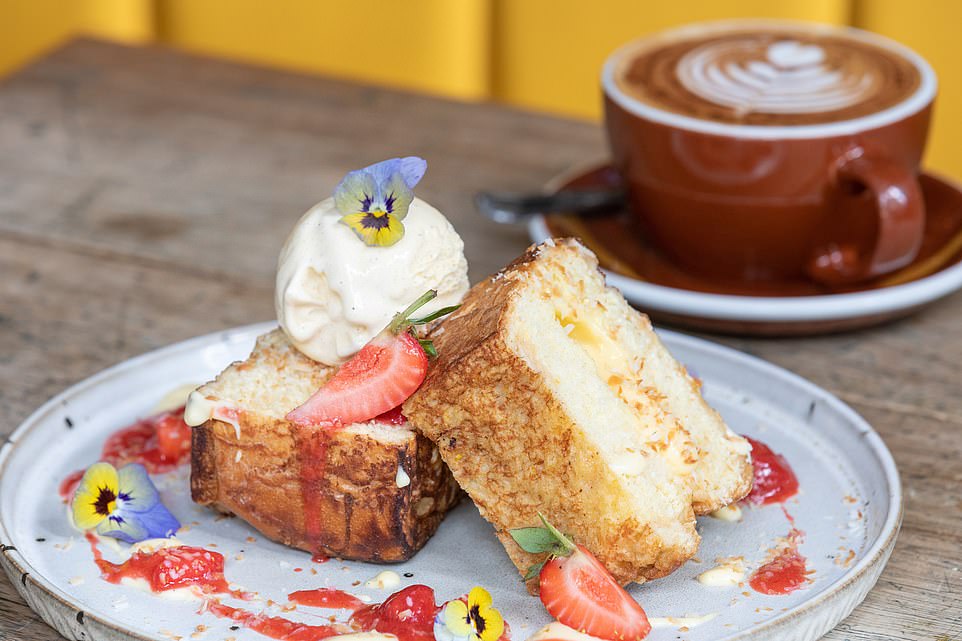 Treacly banana bread spiced with cinnamon and nutmeg, then topped with vanilla mascarpone; cheddar corn fritters and a pile of bacon; French toast under a berry compote, plus some white chocolate and almond crumble or chorizo ciabatta injected with manchego cheese. All reasons to skip breakfast and make a mid-morning visit to the Northern Quarter and its Antipodean-run Federal Cafe Bar.

Ozone coffee and a comfy room of pot plants and mustard-coloured comfy banquettes help with the motivation, too (federalcafe.co.uk).

Inspired by the trendy East London area of the same name, and founded by relocated Londoners, Hoxton North is a buzzy place for Harrogate’s hip young families and creative crowd. And anyone else, really, thanks to a very welcoming vibe. The only challenge is getting a table. 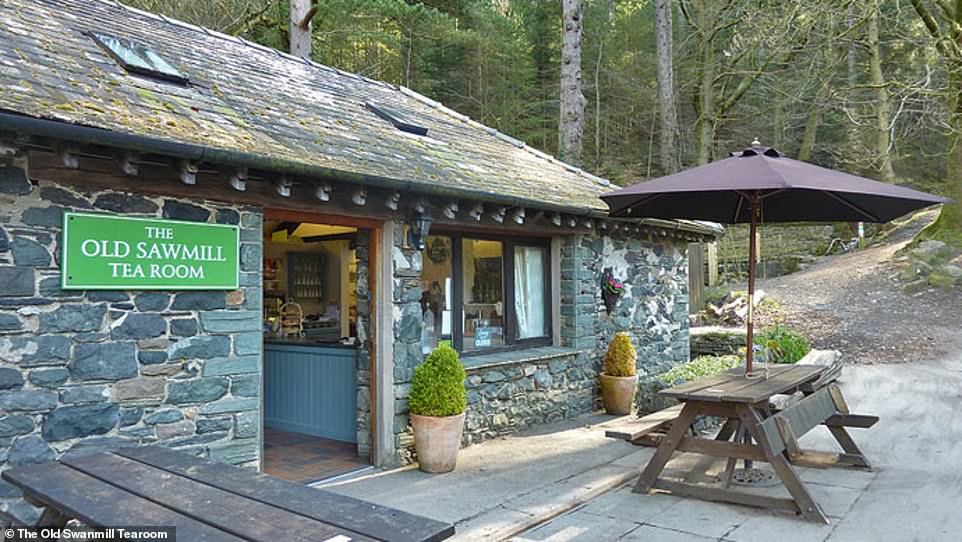 There’s an irresistibly jolly quality to The Old Sawmill Tearoom, found between Bassenthwaite and Keswick.

Cheeriness comes both from its decor of polka-dot tablecloths and bunting, and the fun nosh on offer: pork, bacon and maple sausage rolls with apple chutney; toasted Welsh rarebit muffins with green-bean pickle and so on, all available from 10am.

Opt for a shortbread squirrel, meanwhile, and you’ll be helping local wildlife. Money for these treats goes towards the conservation of red squirrels in adjacent Dodd Wood (theoldsawmill.co.uk).

Oil workers, students and seemingly everyone in between gathers for brunch at The Craftsman Company, just steps from the station and Union Square shopping centre.

An early adopter was General Merchants, whose brunch menu delivers acai and banana granola, huevos rotos and triple-cooked potatoes with labneh, as well as toasted Belgian waffles with cherry gel and caramel, all amid varnished wood fittings and crisp white walls (generalmerchants.co.uk).

If that sounds far too millennial, head east instead and hole up at The Lamppost Cafe, where frescoes herald local legend C. S. Lewis and his Chronicles Of Narnia. A Sunday brunch menu stars sriracha beans and truffle mushrooms (thelamppostcafe.com). 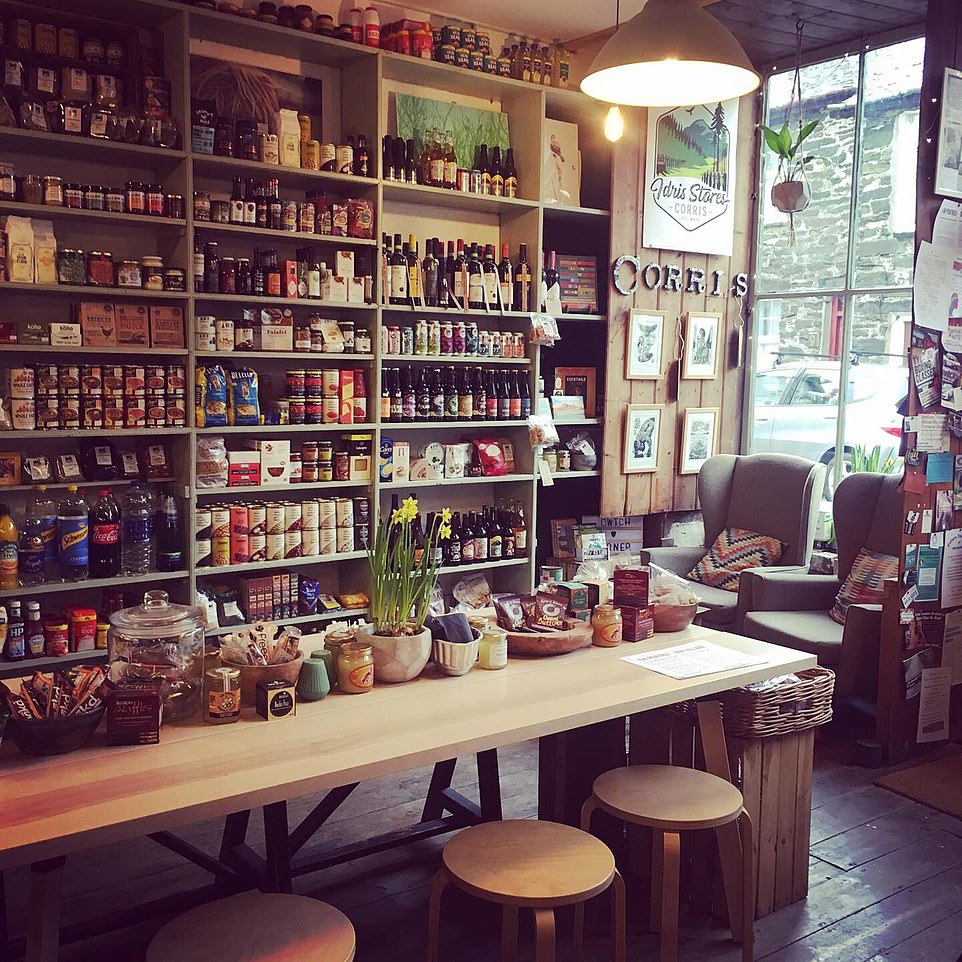 Make a beeline for Idris Stores in the old slate-mining village of Corris, Wales, where on Saturdays it offers an inventive burrito of the week

Idris Stores, which is a shop and gallery space as well as a cafe, is firmly in the ‘hidden gem’ category. Found in Corris, a pine-swathed old slate-mining village on Snowdonia National Park’s southern tip, it usually offers a superb sit-in brunch. At present, alas, its savoury and sweet treats – such as sesame-bagel sandwiches, scones and peanut-butter energy balls – are available only for takeaway from 10am to 1pm. On Saturdays it offers an inventive burrito of the week. One recent example contained sausage, cumin, potatoes and black beans (facebook.com/idrisstores).

Scoff it all on nearby narrow-gauge railways or before tackling family-friendly maze Lost Legends Of The Stone Circle.

Cwtch (pronounced ‘cutch’ as in ‘much’) means two things in Welsh: a cuddle and a cosy place. The latter perfectly describes the Cwtch Cafe in Abergavenny, whose charming service and food have earned nationwide repute. There’s no shortage of all-day options for brunchers, from toasties to American-style pancakes to salads to sausage rolls.

Yet, ultimately, there’s really only one option – a superlative Welsh rarebit, done here with a mustard kick (although you can request otherwise). Coffees and cakes stand by if needed, and prices are preposterously good.

thegirlsunhttps://thegirlsun.com
Previous articleDodos killed by deadly combination of humans and MEGADROUGHT
Next articleCoronavirus survivor, 45, reveals how 'long Covid' has left her 'barely functioning'

Wayne Rooney will have to isolate for 14 days after coming into contact with a Covid infected friend who visited his home and...
Read more
Feamil

Taking a dip in cold water could help defend the brain against dementia and other degenerative diseases, research suggests. Scientists monitoring swimmers in London's...
Read more