Bachelorette: Why Angie Kent and Carlin Sterritt won't confirm their split
Ryan Jones claims Sophie Monk's appearance on The Bachelorette was an 'attempt to revive her career'
Bachelorette star Clare Crawley reveals she was in an abusive relationship

Angie Kent and Carlin Sterritt have confirmed their split after weeks of rumours.

The former couple, who met on last year’s season of The Bachelorette, took to their respective Instagram accounts on Wednesday to announce the news.

‘We have not wanted to confirm until this point because there have been much bigger issues going on in the world and we’ve both been taking space to think about what we really want,’ Angie, 30, wrote in a post on Instagram Stories.

‘Matters of the heart are extremely difficult and I’m sad to say that Carlin and I have broken up.’

Angie admitted there have been ‘a lot of speculation and rumours about the status of my relationship with Carlin’, after breakup reports emerged last month.

She said she wished her fitness trainer ex ‘nothing but the best’, and apologised to the fans who were invested in their TV romance.

‘I appreciate everyone’s concern and the investment that many of you made into the show and our story, but this is real life and we both need privacy and time to heal,’ she continued.

‘I just want to put the rumours to bed and to clarify so that questions stop.

‘Please remember we are both human beings like everyone else, so be kind if you do choose to leave comments or messages. Words can be very hurtful – and compound already very difficult times.’

Angie finished the post by stating that she wouldn’t be ‘making any further comments or responding to questions at this stage’.

In a series of videos posted to his Instagram Stories on Wednesday, Carlin confirmed the split. 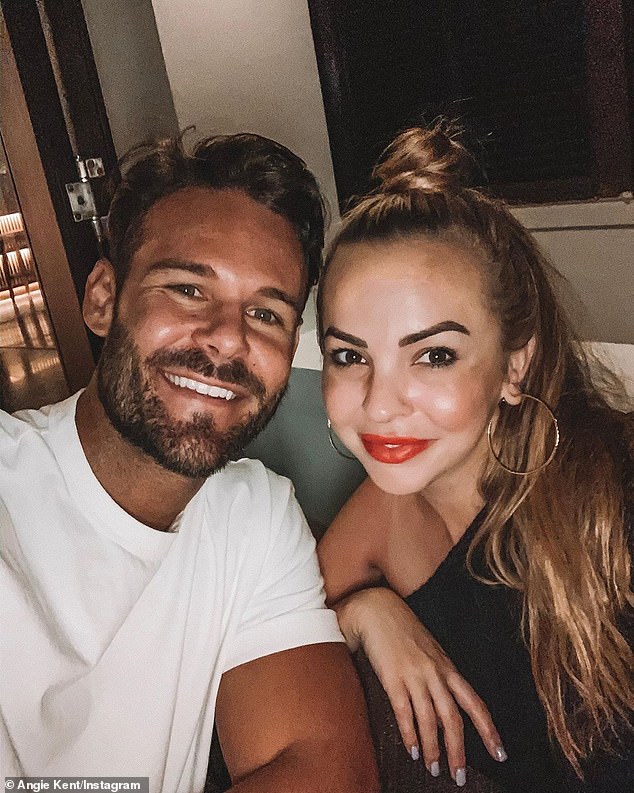 Over: Angie Kent and Carlin Sterritt have confirmed their split after weeks of rumour

Loading...
Newer Post
Fears for UK coronavirus patients as the US buys almost the ENTIRE world stock of remdesivir
Older Post
Samsung, Sony and Huawei should be worried by this very cheap Android phone from Oppo