Following in the footsteps of Italian painter Artemisia Gentileschi 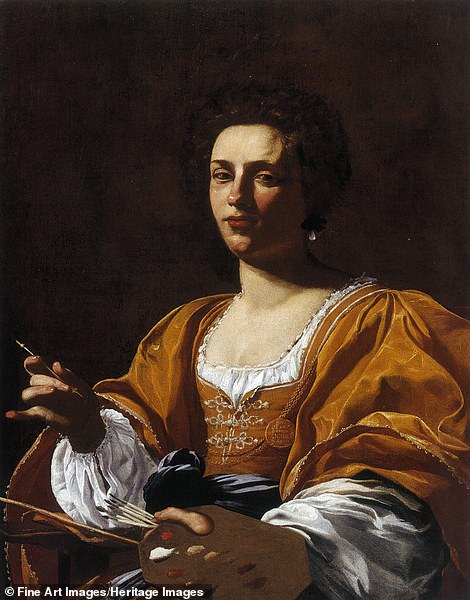 Feminist icon: Artemisia in her 1623 portrait

Long before Vermeer painted his Girl With A Pearl Earring (portrayed by Scarlett Johansson in the Hollywood film of the same name) there was another woman famous for her shiny pearl earrings.

She was Artemisia Gentileschi, one of the world’s most celebrated female painters. When, at the height of her fame in the 1620s, she sat for her own portrait, she wore pearl drops that would become her signature bling.

Her talent will be evident when Artemisia, the first ever show of her work, opens at the National Gallery in London next Saturday with more than 30 of her paintings, many on view for the first time in Britain.

In a world dominated by the male genius of Michelangelo, Da Vinci and Raphael, Artemisia was a rarity. Born in Rome in 1593, she trained in the studio of her artist father, Orazio, before launching out on her own.

Rediscovered in recent years, she has become the poster girl of women painters. Brilliant and bold, her depictions of biblical heroines such as Judith and Susanna hang in all the world’s great collections.

She was never in doubt about her abilities, boasting in a letter of having ‘the spirit of Caesar in the soul of a woman’.

As the curator of the show, Letizia Treves, reminds us, Artemisia had to be ‘fearless and feisty’ to survive in a man’s world. She needed to be doubly fearless when, having been raped by an associate of her father’s, she endured a trial during which she was tortured with thumbscrews to test her veracity. The judge believed her. No wonder she has become a modern feminist icon.

And no one was more skilled at self-promotion than Artemisia as she touted her talents around Rome, Naples and Florence. 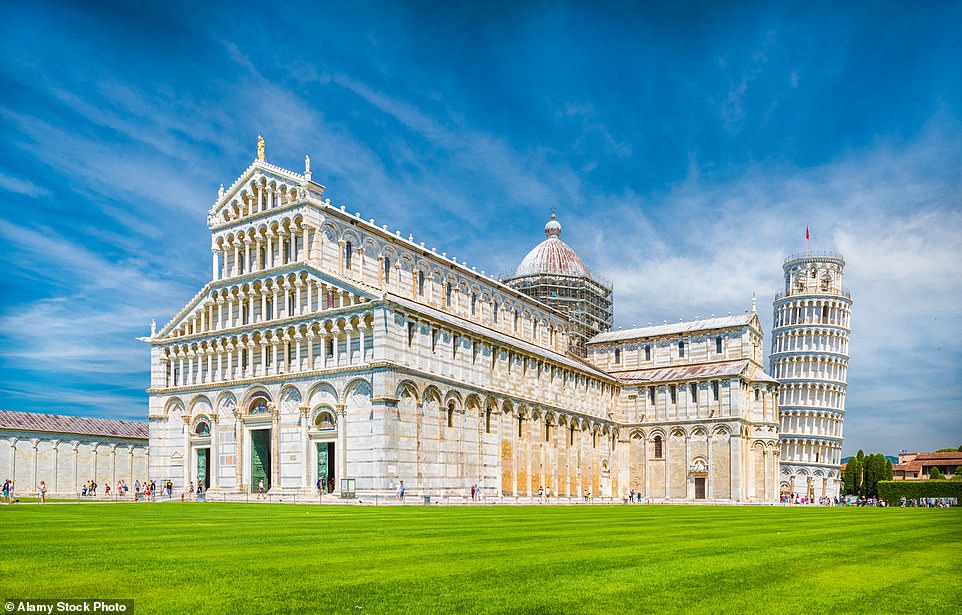 The Daily Mail’s Deidre Fernand travelled to Tuscany to trace the roots of Artemisia. Pictured is Pisa Cathedral and the Tower 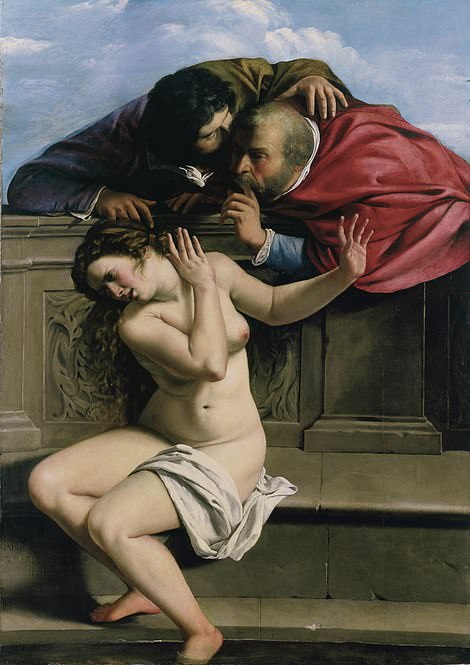 Artemisia is known for her depictions of biblical heroines. Pictured is Susanna and the Elders, 1610

So pinning her down to one city is tricky. I sought to do this in Tuscany, arriving shortly before lockdown.

After all, it was in Florence that she made her name. My trail began in Buonarroti House, once the home of one of her patrons, Michelangelo the Younger, and now a museum.

The great-nephew of the sculptor, he commissioned her to decorate part of his palazzo. Portraying herself as a heavenly muse, she adorns the ceiling of the grand salon.

She appears nude, save for wisps of gauze to protect her modesty. A perfect example of 17th-century product placement.

There is no such feminine delicacy in Judith And Holofernes, on view in the city’s Uffizi gallery.

In this startling painting, the heroine wields a sword to hack off the tyrant’s head, an Old Testament example of girl power. Blood seems to seep from the canvas.

‘Stupendo’, said an Italian woman beside me, lost in admiration.

So few of Artemisia’s paintings have survived that there is no danger of succumbing to get-me-outta-here museum madness. So once you have seen the handful of her works, plus a few Giottos and Botticellis, you can reward yourself with coffee and cake in the Uffizi’s cafe, the Bartolini.

Its terrace, in the shadow of Brunelleschi’s cathedral dome, offers one of the greatest views in the city. When Artemisia was working here, the cupola was already 200 years old, a true marvel.

She would also become a marvel acclaimed throughout Europe, feted by the Medicis and a friend of the astronomer Galileo, before dying of the plague in Naples around 1654.

My Artemisia adventure took me next to Pisa, from where her family could trace its roots. It is hard to understand why this small city on the Arno, just an hour from Florence by train, is so neglected.

Day-trippers who bus in to Instagram themselves against the Leaning Tower, then bus out again, don’t know what they are missing.

After all, this is where the British love affair with Italy began, with travellers disembarking at the nearby port of Livorno to begin the Grand Tour. My hotel, the Royal Victoria, had hosted the Duke of Wellington, Charles Dickens and a slew of royalty besides.

Pisa’s wonky tower is only part of a medieval campus. Buy a combined ticket for €9 and you can visit the Romanesque cathedral next door and the Campo Santo cemetery. Then cross the square to the cathedral museum and climb to the café for another superb view. And as darkness falls, the city, home to more than 60,000 undergraduates, comes alive. Students have been carousing here since 1330 and in the bars around Piazza delle Vettovaglie, I stopped to sample some Tuscan reds and almost forgot the real reason I had come.

Next morning she was waiting for us across the river in a small gallery, Palazzo Blu.

She did not disappoint. Gazing out of her portrait painted by Simon Vouet in 1623, Artemisia holds her paintbrush aloft.

The spirit of Caesar in the soul of a woman, her confident beauty and the lustre of her pearl earrings staring out from the canvas. It was magnificent. Stupendo.

BA London to Pisa from £54 return (ba.com). Doubles at the Hotel Botticelli from £90 per night (hotelbotticelli.it) and the Royal Victoria Hotel Pisa from £56 (royalvictoria.it). Artemisia opens at the National Gallery next Saturday, October 3, and runs until January 24, 2021, (nationalgallery.org.uk).

Should you lock in a cheap holiday now for 2021? How can you protect yourself?

With news of three viable vaccines spreading hope for an end to the pandemic, holidaymakers starved of overseas travel will be eyeing up...
Read more
Travel

These incredible pictures offer a window to history that exists all around.They are the winning and shortlisted images in the Historic Photographer of...
Read more
Travel

Dezeen Awards 2020 honour the best architecture, interiors and designs of the year

It's like a catwalk for the construction industry.The prestigious Dezeen Awards 2020, run by architecture and design website Dezeen and now in its...
Read more

US coronavirus: Doctors warn US will see 'darkest days' after Thanksgiving

Doctors are warning that the US will see the 'darkest days in modern medical history' in the weeks after Thanksgiving as the daily...
Read more

'I would NOT sign him!': Barcelona presidential hopeful Toni Freixa would rule out a move for Neymar

'I would NOT sign him!': Barcelona presidential candidate Toni Freixa would...
Read more

Bruno Tonioli will NOT return to Strictly Come Dancing

'Our couch was the front line': German advert urges people to 'be a hero and stay at home'

The hole represents the 200,000 Hungarians who were forced to flee their country after the Soviet army brutally took control of Budapest back...
Read more
Feamil

Carson Daly has come up with the perfect way to safely hand out candy to trick-or-treaters this Halloween while making sure his family...
Read more