First Dates viewers have jokingly questioned whether a couple who share a striking number of similarities are ‘long lost siblings.’

In last night’s episode of the Channel 4 show, biologist Jess, 29, from Wolverhampton, was matched with teacher Joe, 27, from Sheffield  – a keen Victorian enthusiast who was in search of an ‘old fashioned love.’

And while the pair seemed to hit it off from the get-go, those who tuned in were quick to take to Twitter to suggest they had a lot more in common than just chemistry.

‘They are literally the same person… are we sure they aren’t long lost siblings,’ commented one, while a second penned: ‘Joe’s been matched with his twin sister loll!!’ 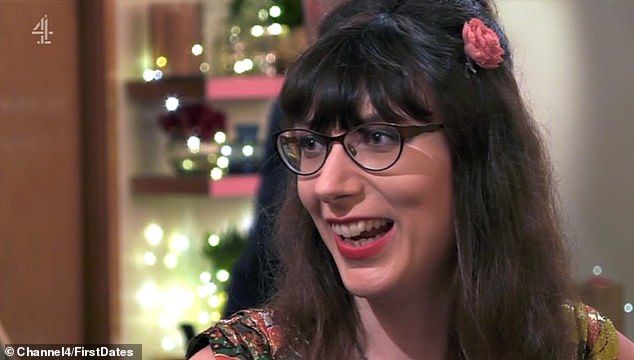 In last night’s episode of Channel’s 4’s First Dates, Jess (pictured), 29, from Wolverhampton, who writes for a bird charity, was matched with sixth form teacher Joe – a keen Victorian enthusiast 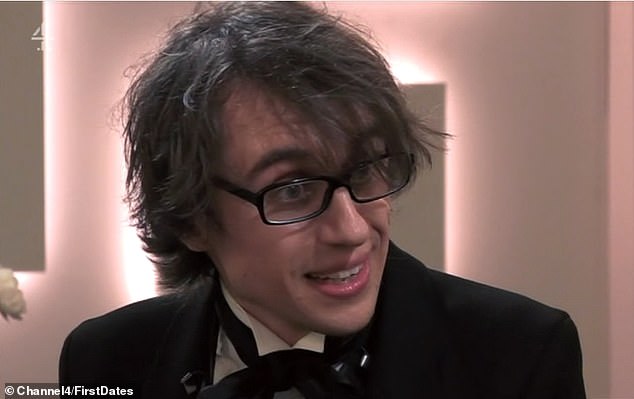 Joe (pictured, during his date) was shocked to hear that his potential match wasn’t a fan of video games

Taking to Twitter, one person joked: ‘Joe’s been matched with his twin sister. Lol!’ (pictured)

A third asked: ‘Sure these two ain’t related?’ while a fourth questioned: ‘He’s dating his sister?!’

Before the couple had even sat down for their dinner, they seemed to be getting along like a house on fire – with Jess – who writes for a bird charity – even helping Joe to do his bow tie at the bar.

And as they got to know each other more, they quickly discovered they both had a mutual love of steampunk fashion, while Jess also revealed she had previously worked in a Victorian museum. 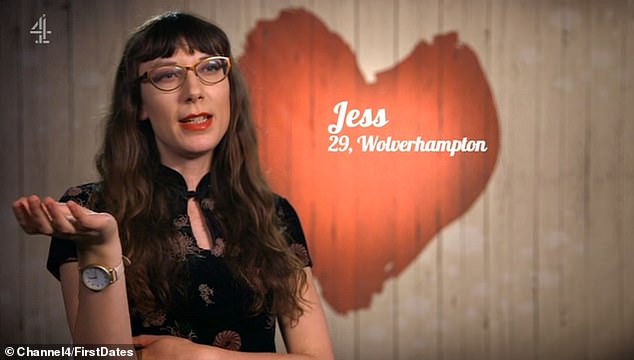 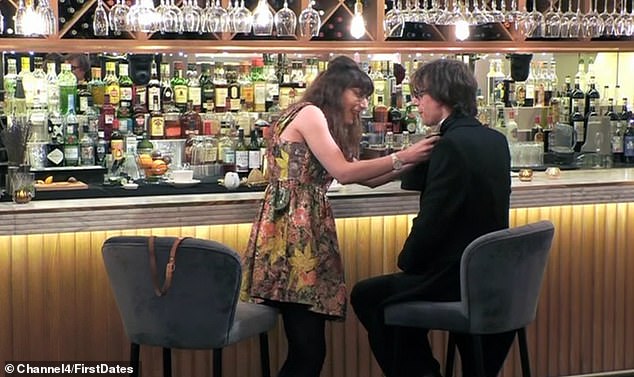 Before the couple at down for dinner, they appeared to hit if off – with Jess even offering to straighten up Joe’s bow tie (pictured)

Despite Joe admitting he would like to see Jess again, she had other ideas – adding they would be better off as friends.

‘I would say if we did meet up it would be as friends,’ she explained. ‘I had such an amazing time.’

‘I thought we got on really well conversationally, but I thought we weren’t just quite the right fit.

I would have really have liked to find out more of the deeper, serious things. It’s the no-depth.’

One person joked: ‘Joe and Jess could be brother and sister or first cousins’ (pictured)

A beauty queen who dropped to just six stone as she battled an invisible illness says she feels prettier than ever with a...
Read more
Feamil

With the clocks changing tonight, the nights are about to get darker — and much colder.Yet with so many of us facing bans...
Read more
Feamil

Jenna Bush Hager has opened up about finding out she was pregnant with her third child — and only son — the weekend...
Read more
Feamil

Nightclub is fined £10,000 after police find hundreds of revellers dancing in marquee

A nightclub has been fined £10,000 after police found over a hundred revellers dancing inside a marquee - which the owners tried to...
Read more

Brian Higgins, 51, from Wisconsin Dells, Wisconsin, was charged with material support of an act of...
Read more
Life & Style

Hair loss can be soul-crushing because it is an integral part of self-identity for many people. Notions of femininity, strength and virility are...
Read more
Tv & Show

Isla Fisher has been keeping up with her fitness routine and enjoying some fresh air with stellar views during quarantine.And the Australian actress...
Read more