And the 24-year-old laid her cards on the table yet again on Tuesday, when she revealed another weird sexual encounter with an ex-boyfriend.

During an Instagram Q&A, Abbie revealed she had once ‘lost a condom’ while she was having sex with an old flame. 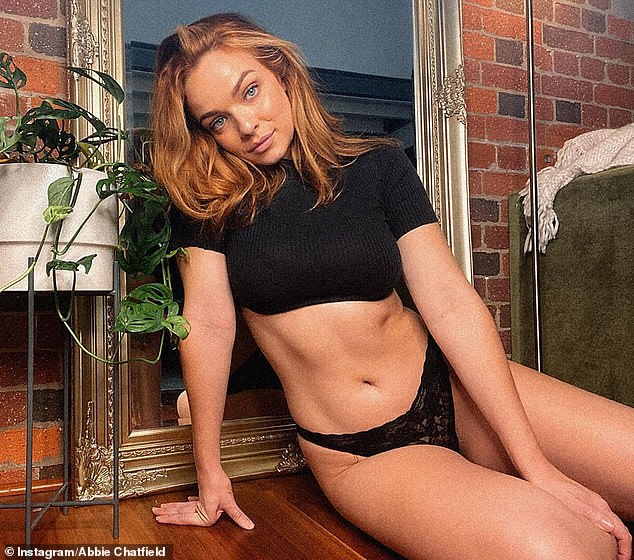 The Channel 10 reality star revealed it was the first time the pair had been intimate, but things went awry when condom disappeared inside her.

When her then-boyfriend tried to ‘fish it out’ with his fingers, Abbie found herself enjoying the feeling and reached climax.

She admitted that her ex would be upset by her sharing the story publicly, but she didn’t care because the pair no longer speak. 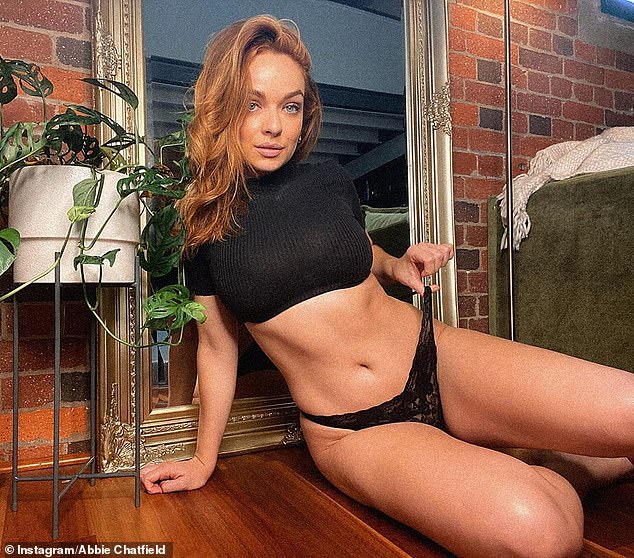 Embarrassing! The Channel Ten reality star revealed it was the first time the pair had been intimate with him forced to try and find the lost contraceptive

Abbie will soon appear in the third season of Bachelor in Paradise.

On Monday, she had lashed out at an Instagram troll who accused her of having cellulite in a promo photo for the dating show.

She also shared several revealing close-ups of her natural curves to prove that she wasn’t ashamed of her cellulite. 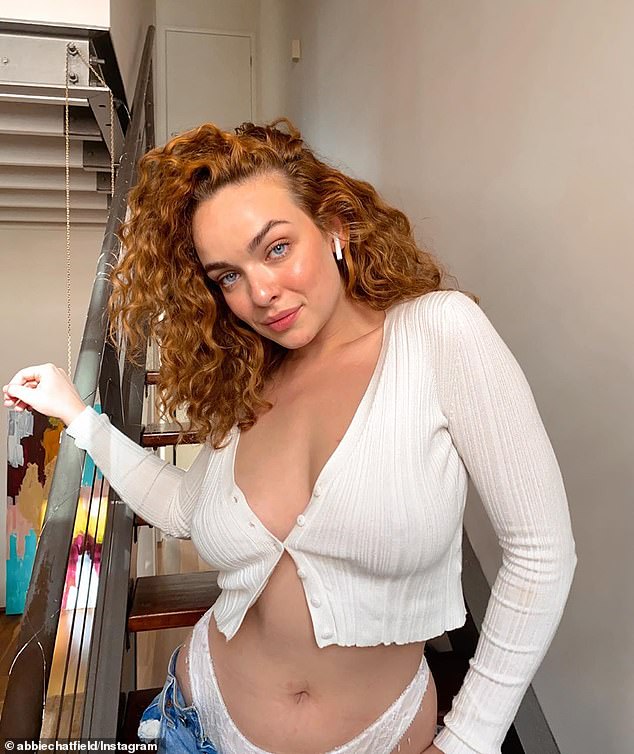 Eek! To make matters worse Abbie then revealed the pair were so enamoured with each other, she then climaxed due to the the stimulation of him attempting to find it

Abbie wrote: ‘Saw a comment on a BIP promo wondering how anyone would want to kiss me with this much cellulite on my ass.

‘Just wanted to let that person know it isn’t just on my ass! Also on my stomach, back of my arms, front of my legs, calves, thighs. 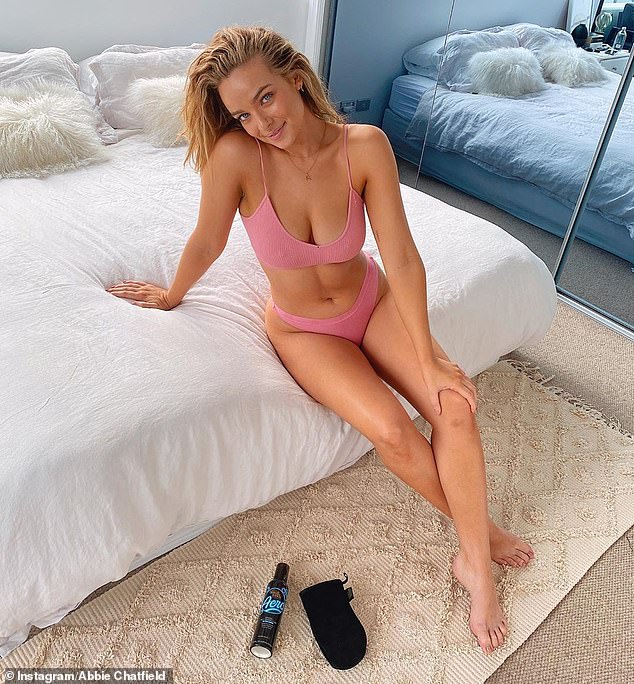 Carefree! Abbie admitted while she was breaking her ex boyfriend’s privacy by telling the story, she ‘didn’t care’ because the pair didn’t talk anymore

She concluded: ‘Oh, and my cellulite has never stopped me from doing anything, not even being a sex-crazed reality TV villain’.

Abbie recently spoke about her body battles in an open letter shared to Instagram.

She wrote: ‘I’ve struggled with my weight my whole life, and have always felt unlovable because I’m not stick thin.’ 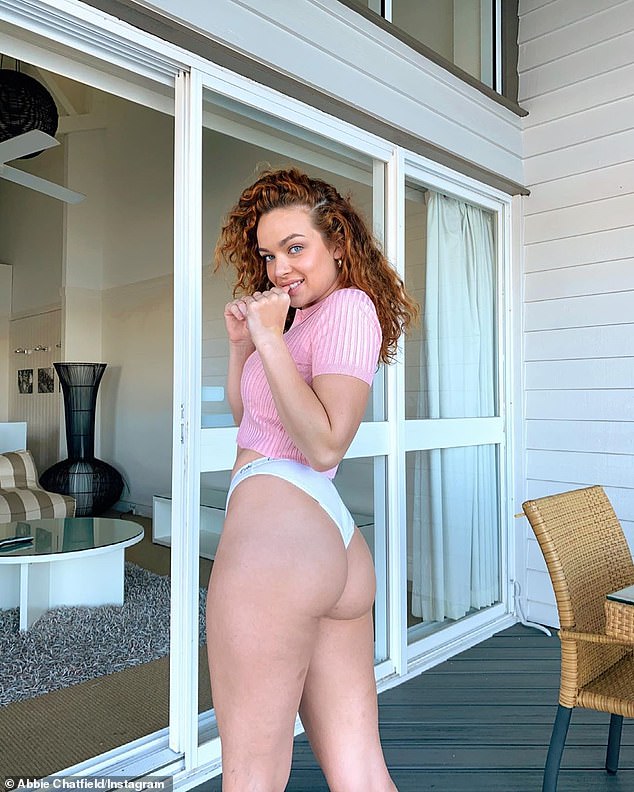 Tough: Abbie (pictured) has lashed out at a reality TV fan who body shamed her for having cellulite, in an Instagram post shared this week

‘Even when I’m at home alone, it’s not healthy and I still need to work on loving my authentic self,’ she added.

‘For me, body positivity isn’t about being confident in my body every day. But being able to still love yourself when you’re not feeling your best.’

Bachelor in Paradise premieres Wednesday, July 15 at 7:30pm on Channel 10 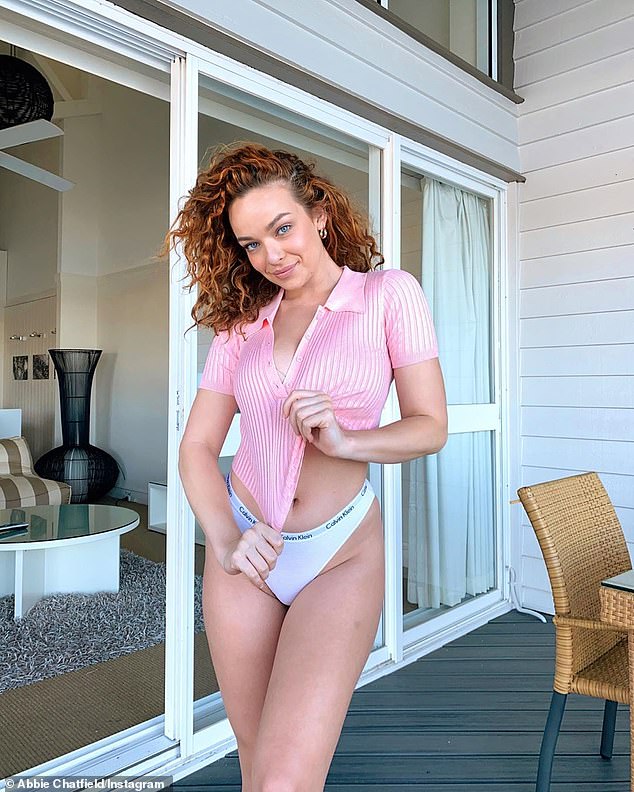 Open: Abbie recently spoke about her body battles. She told fans, ‘I’ve struggled with my weight my whole life, and have always felt unlovable because I’m not stick thin’

High cholesterol: The best drink to include in your diet to lower ‘bad’ cholesterol 0

Heart attack symptoms: Pain in a certain arm can signal the deadly condition 0