The Girl Sun
Home Feamil Even James Bond's working from home these days. But where does he...
Feamil

Even James Bond's working from home these days. But where does he live? William Boyd investigates


I am in London. In Chelsea to be precise, at the entrance to Wellington Square off the King’s Road, where I am being interviewed for the French radio station RTL – à distance sociale – about James Bond.

The reason we’re at Wellington Square is because this is where James Bond lived. Obviously, James Bond is a fictional character and didn’t actually live anywhere.

However, it is strange how in the case of some fictional characters a kind of reality begins to take over their lives, as if they really did live and breathe, had an actual address and a mortgage.

I point out to the interviewer that, a few yards across the King’s Road from where we’re standing, almost directly opposite, is the entrance to Bywater Street. Believe it or not, I tell him, another famous fictional spy, John le Carré’s George Smiley, lived in Bywater Street. 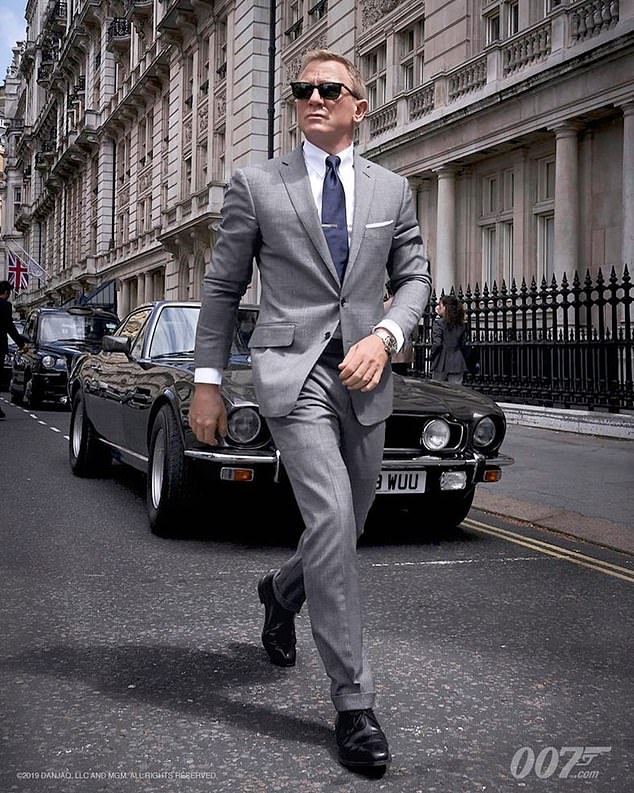 William Boyd explored where fictional character James Bond, lived in an interview for the French radio station RTL. Pictured: Daniel Craig in No Time To Die

This extraordinary coincidence causes some excited consternation and we stop recording and cross the road. In Bywater Street, we start recording again.

‘George Smiley lived here? Amazing. What number?’ the interviewer asks. Number 9, I say. You see what I mean?

I suppose the most famous fictional abode for a character is Sherlock Holmes’s 221b, Baker Street. James Bond’s address and George Smiley’s have yet to achieve the same legendary status, but give them time.

When I came to write my James Bond continuation novel Solo in 2013, I set myself the task of re-reading all of Ian Fleming’s Bond novels in chronological order, pen in hand, making notes, with the idea that all the texture and detail in the new novel would be classic Bondiana, sourced in Fleming.

One of the first things I noticed was the location of Bond’s flat. I found it odd that Fleming should have given Bond a Chelsea address.

In the 1950s, when most of the Bond novels were written, certainly the best ones, Chelsea was not the salubrious area it has become. 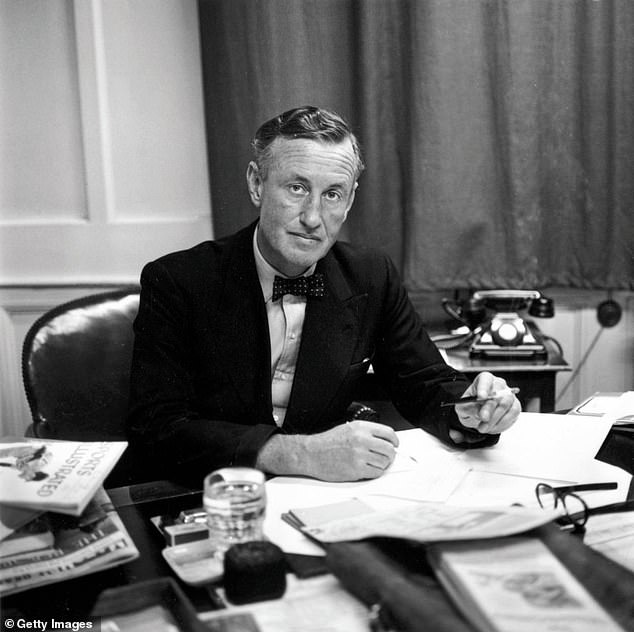 William said at the time when most of the Bond novels were written, Chelsea was almost a working-class district, full of bomb sites. Pictured: Bond author Ian Fleming in 1958

There were a few wealthy pockets of substantial houses – Cheyne Walk, Chelsea Square, Carlyle Square, Tite Street, the Embankment, Old Church Street and environs – but most of the streets were poor and lived in by poor people.

It was almost a working-class district, full of bomb sites from the Blitz, seasoned with a few bohemian types. This was one of the reasons why, when the Swinging Sixties arrived, the young designers, musicians, retailers and artists moved in. It was cheap.

So, for an elite spy with expensive, recherché tastes, not to mention a licence to kill, to live in Chelsea was somewhat eccentric. In fact, Fleming was not precise about the exact location, referring to Bond’s address in Moonraker (1955) as ‘a comfortable flat in a plane-tree’d square off the King’s Road’. 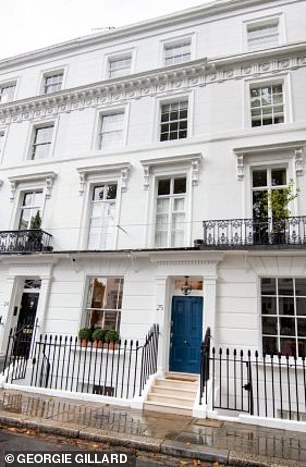 There are several small squares off the King’s Road that could be candidates, but in Thunderball (1961) Fleming lets slip a crucial coordinate when he writes.

‘Bond… swerved out of the little Chelsea square and into the King’s Road… He pushed the car fast up Sloane Street and into the Park’.

There are only two squares off the King’s Road where it is possible to access Sloane Street so quickly: one is Wellington Square and the other is Markham Square. Paultons Square is too far away, as is Chelsea Square or Carlyle Square.

If you wanted to go to Hyde Park from those squares, you wouldn’t drive all the way down the King’s Road to reach Sloane Street – you’d be adding almost two miles to your journey.

Markham Square, however, has no plane trees so that rules it out and unequivocally establishes Wellington Square, which has many plane trees, as the location where Bond had his flat.

But, as the French interviewer would inevitably ask, what number? This is a mystery – but I think I may have solved it.

But first, what took George Smiley to Chelsea? Le Carré’s own explanation is that he knew the area.

Adam Sisman, le Carré’s peerless biographer, informs me that Lena Wickman, a literary scout whom le Carré knew, and who was the person who alerted le Carré’s future American publisher to The Spy Who Came In From The Cold and thereby changed his life, lived in Chelsea, in Bramerton Street, off the King’s Road.

Also, while le Carré was a master at Eton in the 1950s, the mother of one of his pupils, a Mrs Cheetham (mother of the publisher Anthony Cheetham), lived in Bywater Street itself. 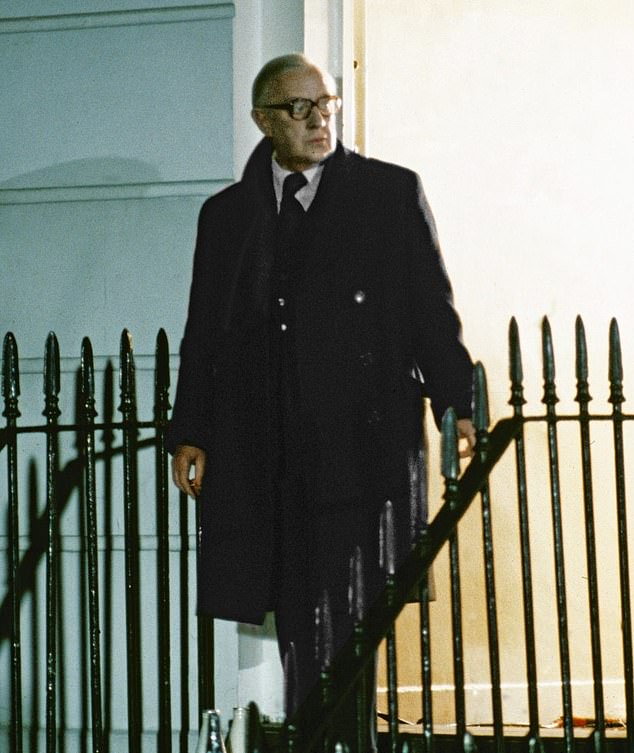 Sisman confirms that the interior of the Bywater Street house was modelled on Lena Wickman’s in Bramerton Street. Also, le Carré thought ‘Bywater so much more the prettier name’, and it was an appropriate address ‘for a man condemned to live in a siding’.

Moreover, as a bit of additional fieldcraft, Bywater Street is a cul-de-sac: it is hard to discreetly surveil a house in a cul-de-sac – something that Smiley would see as an asset.

Bywater Street isn’t as grand as the white-stuccoed Wellington Square opposite, consisting as it does of dinky three- or four-storey terrace houses known as Chelsea Cottages.

Smiley moved into Bywater Street in the 1950s, according to Call For The Dead (1961), and was still there in the early 1970s. Fleming’s last Bond novel, The Man With The Golden Gun, was published in 1965. 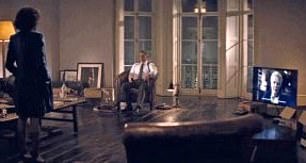 James Bond at his flat in Spectre

Therefore, to continue the fantasy, we can imagine Bond and Smiley as near neighbours for a good few years.

When Bond swept out of Wellington Square in his Mark II Bentley Continental he might have passed the bespectacled, portly figure of George Smiley heading for the Tube station in Sloane Square on his way to Cambridge Circus.

John Updike once postulated that when novelists put another writer as a character in their fiction, they inadvertently reveal a lot about themselves and their own novelistic foibles and mannerisms. It’s a somewhat contentious claim.

After all, Updike’s own fictional novelist, Henry Bech, is not exactly a self-portrait.

It is relatively straightforward to think up a few examples where the asseveration rings true, however: Muriel Spark and Fleur Talbot, Somerset Maugham and Ashenden, Doris Lessing and Anna Wulf, Philip Roth and Nathan Zuckerman, Graham Greene and Maurice Bendrix, Sylvia Plath and Esther Greenwood, to name a few.

By the same token, I am now coming to believe that the homes novelists create in their novels for their protagonists may be similarly revealing – as Fleming’s and le Carré’s choices suggest.

There is another significant reason why Wellington Square might have proposed itself as a suitable address for Bond. In the late 1940s and early 50s Fleming was the Foreign Manager for The Sunday Times, a person of power and influence at the newspaper. 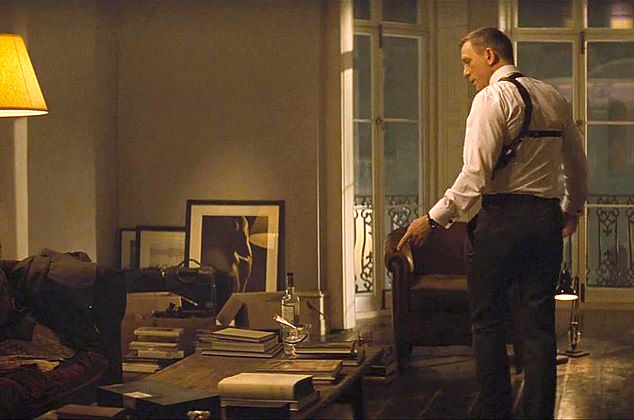 Fleming who was the Foreign Manager for The Sunday Times, may have chosen Wellington Square because he knew the paper’s chief book reviewer lived there. Pictured: James Bond at his flat in Spectre

During this period, the chief book reviewer for The Sunday Times was Desmond MacCarthy, a central member of the Bloomsbury Group. As it happened, MacCarthy and his wife Molly lived in Wellington Square.

They were legendary entertainers and their home became a kind of salon. Cyril Connolly was one of MacCarthy’s young protégés and a regular at the soirées – and, what’s more, Connolly and Fleming were close friends. All three were Old Etonians, incidentally. The circumstantial evidence is compelling.

It is highly probable that Fleming went to one or more of the MacCarthys’ parties in Wellington Square, either through his own connections with MacCarthy via The Sunday Times or as a friend of Connolly.

MacCarthy died in 1952, the year before Casino Royale was published, though it wasn’t until Moonraker, three years later, that Bond’s Chelsea flat received its first mention.

John Pearson, who was Ian Fleming’s first biographer (also a colleague on The Sunday Times), wrote a spoof biography of James Bond in 1973.

He identifies the ‘plane tree’d Chelsea square’ as Wellington Square also, and, intriguingly, gives the house where Bond’s flat was located as No 30. But this was in fact a private joke: Pearson had a university friend who lived at No 30. There was no remote connection to Fleming or Bond. 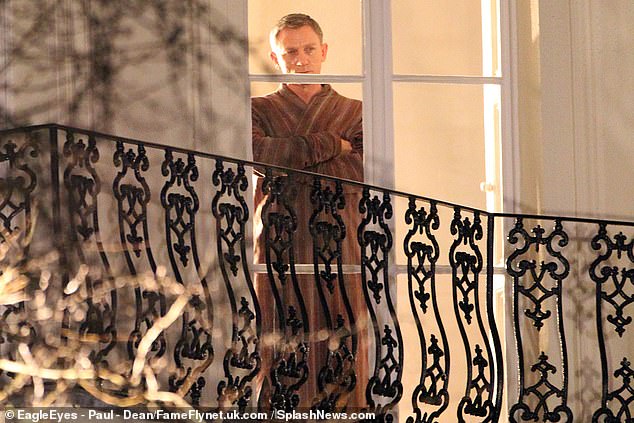 The MacCarthy house is to be found in the eastern corner of Wellington Square. Bond’s flat, according to Fleming, was on the ground floor and was described in From Russia, With Love (1957) as having ‘a long big-windowed sitting room’.

The ground-floor window of the MacCarthy house fits that description perfectly. One other sliver of circumstantial evidence I would offer is that, in the same novel, Bond’s sitting room is described as ‘book-lined’.

Most readers wouldn’t think of James Bond as an intellectual, but books would certainly be the most prominent aspect of the MacCarthy house’s decor. In fact, Fleming took pains to stress Bond’s wide reading, despite the fact that Bond (Eton and Fettes) had no tertiary education.

I would argue that this was another spin-off from Fleming’s location of Bond’s flat in Desmond MacCarthy’s house.

Back in Bywater Street, I finish the interview, standing in front of No 9. We re-cross the King’s Road to Wellington Square to meet the rest of the RTL team. The astonishing coincidental adjacency of the two spies’ homes is remarked on again.

‘So, James Bond definitely lived in this square?’ the interviewer asks.

I point it out: Desmond and Molly MacCarthy’s house. Number 25, Wellington Square. That’s where James Bond’s flat was. Stand by for the Blue Plaque.

thegirlsunhttps://thegirlsun.com
Previous articleExperts warn daily Covid cases could be as high as 45,000 in England
Next articleChloe Ferry dons a black lace bodysuit for sizzling Instagram snap

A mother-of-three reveals how she quit the corporate world to pursue a career in art. Naomi Wallens, 44, 'followed a "successful" path' and worked...
Read more
Feamil

A beauty queen who dropped to just six stone as she battled an invisible illness says she feels prettier than ever with a...
Read more
Feamil

With the clocks changing tonight, the nights are about to get darker — and much colder.Yet with so many of us facing bans...
Read more
Feamil

Jenna Bush Hager has opened up about finding out she was pregnant with her third child — and only son — the weekend...
Read more

How to prime your home for a sale: House prices are at a record high

Among all the doom and gloom, there is one industry that seems to be thriving in many parts of the country: the property...
Read more

Former NRL WAG Phoebe Burgess has shown her support for the AFL, ahead of Saturday's Grand Final match between the Geelong Cats and...
Read more

Midnight Oil return to the music scene with their first album...
Read more

EU on brink: Franco-German relations at risk of collapse after 2022 election

The EU is viewed by most as a democratic union of 28 members. That is what its core treaties say and that is...
Read more

'Fans will want him to win things straight away and that's...
Read more
News

President Donald Trump, on the day after his contentious town hall with NBC, got in another round of attacks on moderator Savannah Guthrie...
Read more
Tv & Show

He was revealed to have signed up for I'm A Celebrity 2020 by MailOnline at the start of October. And now former Strictly professional...
Read more