He had battled throat cancer three years ago and subsequently wrote the 2018 album It’s About Time. 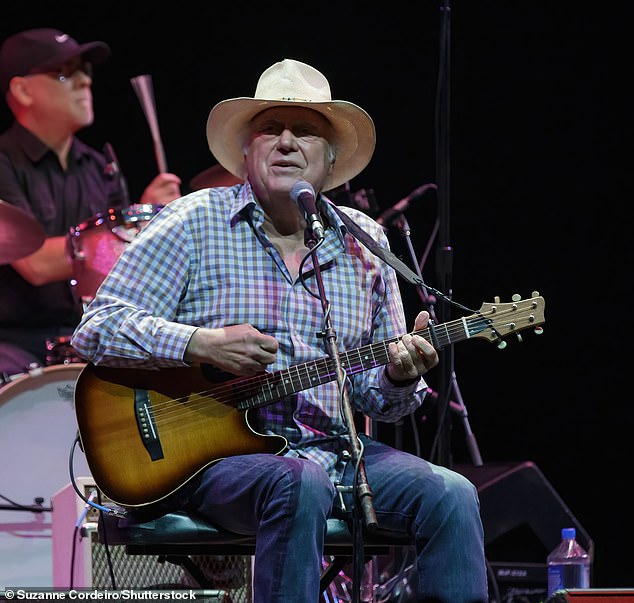 Born Ronald Clyde Crosby, Walker grew up in a musical family in Oneonta, New York and got his start in the Greenwich Village folk scene in the 1960s.

The singer was inspired to write Mr. Bojangles, one of the most iconic country/ pop songs ever written, after spending time in a drunk tank with a New Orleans street performer.

It became his signature song and it was covered by many artists throughout the years including Sammy Davis Jr., Bob Dylan and Neil Diamond.

He is survived by his manager-wife, Susan, daughter Jessie Jane and son and fellow musician Django Walker.

thegirlsunhttps://thegirlsun.com
Previous articleMaureen from Barnsley says she had Covid in May and blasts lockdowns as a 'disaster'
Next articleVogue editor Anna Wintour responds to diversity complaints

The three-part Real Housewives of Potomac reunion is just around the corner and it is shaping up to be explosive.Gizelle Bryant, Karen Huger,...
Read more
Tv & Show

Vanderpump Rules star Scheana Shay is expecting her first child in April 2021 and is already making the most of her maternity fashion. On...
Read more
Tv & Show

A high-ranking officer was today dismissed from the Army for sexually assaulting a colleague's 'vulnerable' wife by squeezing her bottom while she was...
Read more

Disgraced celebrity pastor Carl Lentz was accused of sexual misconduct as far back as 2017 –and Hillsong church leaders knew about it, leaked...
Read more

Supermarkets have been open throughout the pandemic, working hard to ensure their customers and staff stay safe while grocery shopping. The likes of...
Read more

If you’re looking for the ultimate home broadband speeds, you can’t do much better than 1Gbps in the UK right now (although that...
Read more
News

A convicted murderer, whose crime inspired 70s classic Get Carter, has died after a long illness and lengthier battle to try and clear...
Read more
U.S