Wealthy flyers have been switching to private jets to avoid catching coronavirus from other passengers on commercial flights.

Private jet operators and brokers reported an influx of business from customers hoping to book a flight with them for the first time amid the pandemic.

Passengers pay a premium for an experience that allows them to drive straight onto the tarmac to catch a flight – rather than mingling with potential Covid-19 carriers inside the airport, reported the Financial Times.

The number of commercial flights between September 1 and October 15 was halved this year because of Coronavirus travel restrictions, but the number of private flights only fell by 10 per cent in that period, according to aviation consultancy WingX.

And in August there were more private flights than the same month last year.

He said 20 per cent of customers this year were children – compared to 14 per cent last year – as families chose to fly private to keep themselves safe. 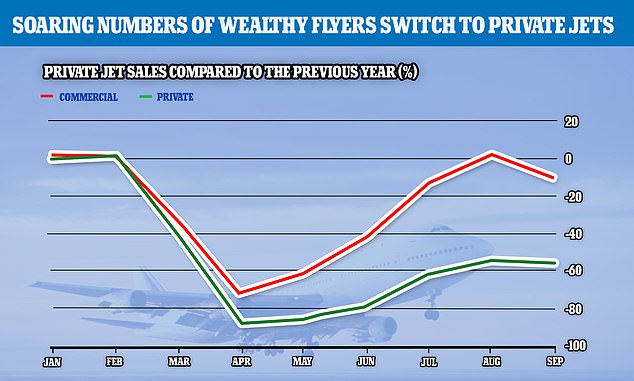 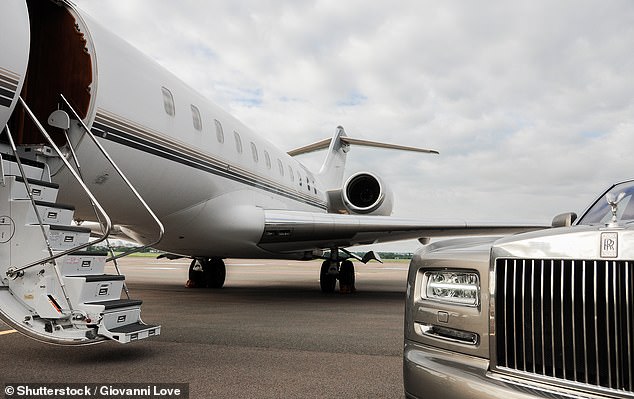 The number of commercial flights between September 1 and October 15 was halved this year because of Coronavirus travel restrictions, but the number of private flights only fell by 10 per cent in that period, according to aviation consultancy WingX (file image)

‘Increased interest in private jet travel took off earlier this year, with enquiry levels double our usual volumes and flight bookings ahead of last year during the summer peak,’ he added.

‘Currently we remain ahead of last year in terms of flight sales. Of course, demand over the next few months is hard to predict as business travel likely to be much lower for some time.

‘But for people who need to travel, our industry remains very attractive, so we’re cautiously optimistic.

‘A number of our existing clients are also choosing to fly privately more often going forwards, so we recently launched our new Jet Card program which guarantees availability and a fixed hourly rate for frequent flyers in Europe.’

A short haul on-demand private charter flight in Europe can cost from €4,500 (£4,010), according to LunaJets’ website.

A return flight to Italy from Stansted could set a wealthy Brit back €16,380, according to Private Fly.

The website recommended a small jet for travelling across Europe. Its description read: ‘Light jets are the ideal choice for short to mid-range city hops.

‘With average cruising speeds of 400 knots and non-stop ranges of approximately 1700 miles, light jets can travel further and faster than turboprop driven aircraft, whilst maintaining high levels of efficiency.’

Taking the return journey from another booking, known as an ’empty leg’, could cost as little as €2,000 (£1,779) – similar to the price of flying business class.

‘The crisis has helped raise the profile and benefits of flying privately among those who can afford to do this,’ Oliver Stone, managing director of broker Colibri Aircraft, told the FT.

Marine Eugene, managing director of Flexjet, said most passengers choosing to fly private were heading on holiday but there had been a small boost to business trips. 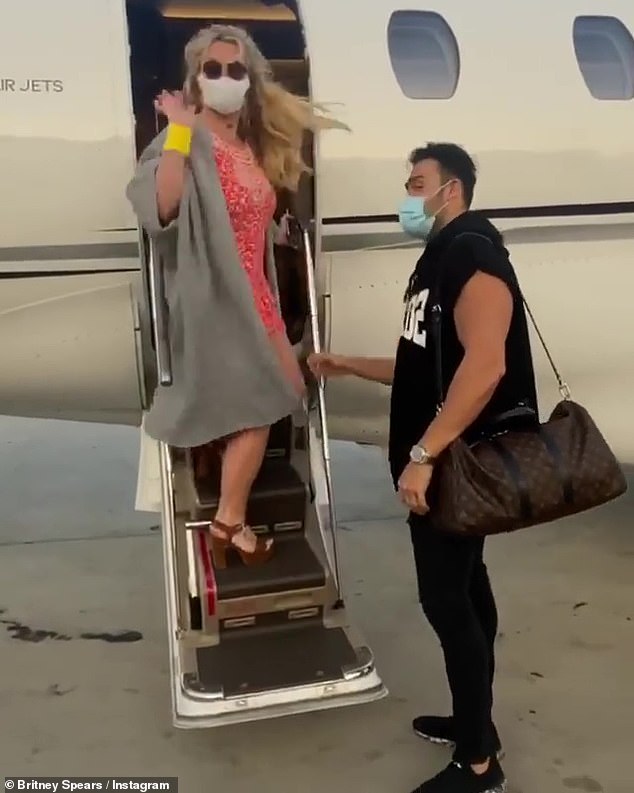 Celebrities including Britney Spears (pictured with her boyfriend Sam Asghari), Kendall Jenner and Rebel Wilson have posted pictures of themselves outside their private jets to social media

Flexjet revealed business this autumn was running at 85 per cent of last year’s levels.

Alain Leboursier, managing director of LunaJets, said coronavirus restrictions and the end of the holiday season spelled doom for the sector.

‘We were supposed to fly some business people from Chicago to Zurich and back this week and they cancelled because of new restrictions in Switzerland,’ he said. 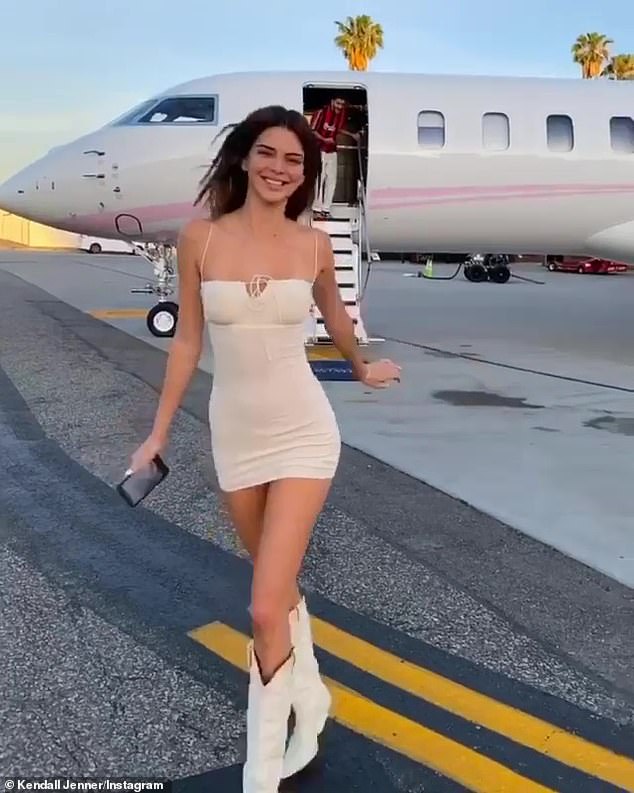 Hotel companies have reported a similar leap in the number of private suits sold, as wealthy clients choose to stay away from other holidaymakers during the pandemic.

InterContinental Hotels said its suite-only brands were outperforming others. Its 375 Candlewood Suites hotels in the US have occupancy rated of up to 70 per cent of last summer.

Meanwhile, celebrities including Britney Spears, Kendall Jenner and Rebel Wilson have posted pictures of themselves outside their private jets to social media.

Spears posed on the steps to her jet as she headed off on holiday with her boyfriend Sam Asghari on October 2.

Kendall shared a sponsored post with a private jet in the background as she landed in an unknown location on the same day.

thegirlsunhttps://thegirlsun.com
Previous articleCoronavirus: What's the TRUTH behind England's second wave?
Next articleAlexander Zverev 'tried to strangle his ex-girlfriend at last year's US Open'

Frantic search for a 12-year-old girl with a medical condition missing...
Read more

Ricky Gervais has told how he thought he was 'going to die' after he almost choked on a smoothie.The actor, 59, sent his...
Read more

Doctors at transgender clinics could be forced to go to court before they can prescribe puberty-blocking drugs to children, if a landmark High...
Read more

The grandmother of the New York state trooper who worked as Gov. Andrew Cuomo’s bodyguard and was transferred to the Canadian border after...
Read more
Sport