California smashes its daily coronavirus record with over 8,000 confirmed cases

California recorded its highest daily coronavirus count for the third time in just over a week on Monday with 8,000 infections while also su

SUV plummets off California bridge, killing four — including pregnant woman
Arnold Schwarzenegger celebrates Father's Day with his children and ex wife Maria Shriver
Gwen Stefani keeps her mask on as she emerges from lockdown during rare public sighting in LA 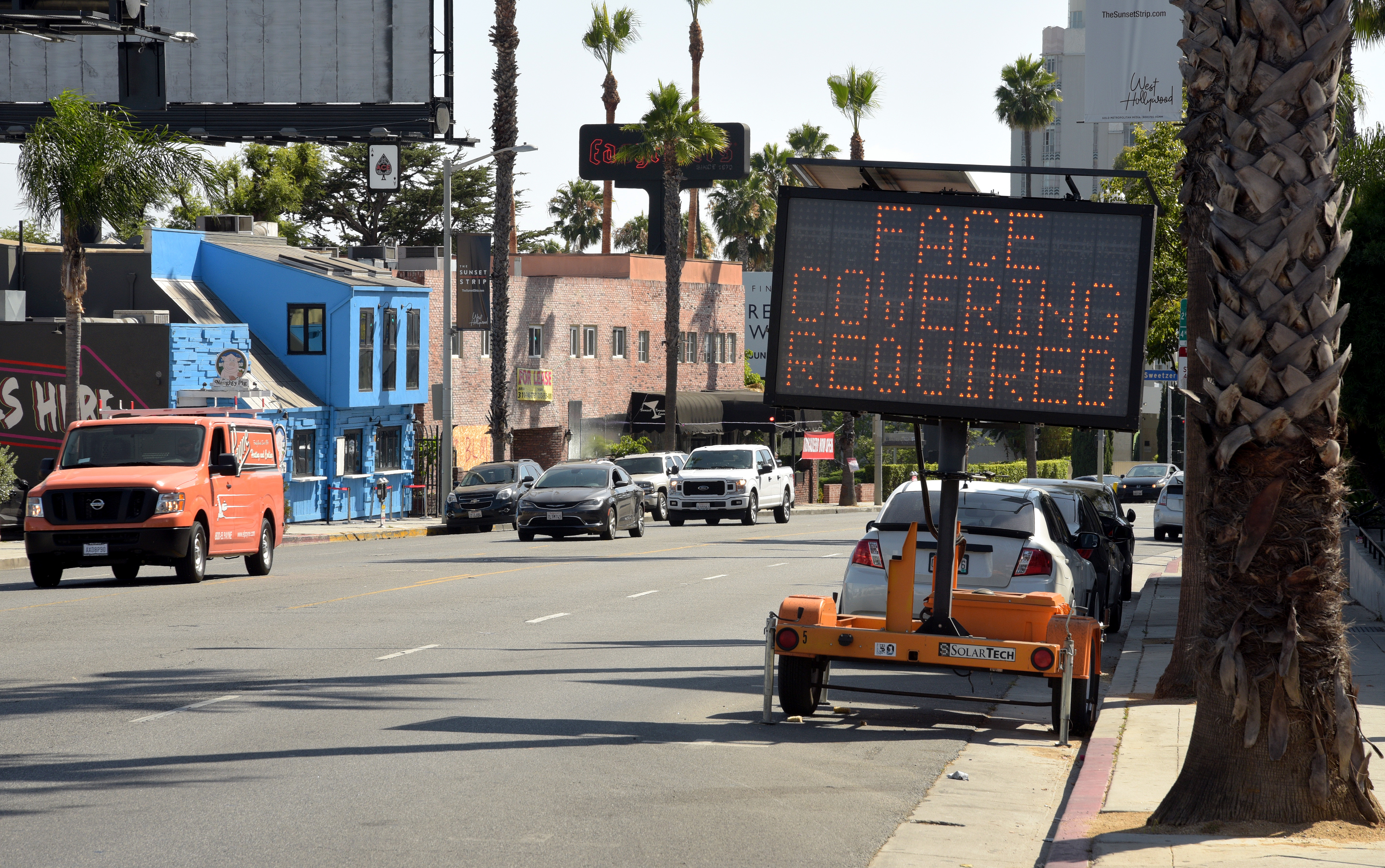 California recorded its highest daily coronavirus count for the third time in just over a week on Monday with 8,000 infections while also surpassing 6,000 deaths, officials said.

The uptick comes as the virus continues to make a resurgence after months of unprecedented orders to combat its spread. Gov. Gavin Newsom said Monday that hospitalizations have increased 43 percent over a two-week period, as well as a 37 percent increase of patients admitted to intensive care units during the same time period.

The COVID-19 positivity rate increased to nearly 6 percent, he said.

Other states and communities are also grappling with an increase in infections, prompting some to reimpose safety protocols.

Los Angeles County — the epicenter of the virus in the state — ordered all beaches closed for the July 4th weekend after an “alarming” spike in new COVID-19 cases. Texas officials ordered bars closed for a second time and Arizona has temporarily closed: bars, gyms, water parks, movie theaters and nightclubs.

Calfornia is monitoring 19 counties amid a spike in cases and hospitalizations in those locations. An additional four could be included Wednesday, Newsom said. Statewide, nearly 223,000 people have tested positive for COVID-19.

In a dire warning Monday, Los Angeles County health officials reported that 1 in 140 people are infected. The previous data suggested 1 in 400 people.

“We are seeing an increase in transmission. We’re seeing more people get sick and go into the hospital,” said Dr. Christina Ghaly, the county’s director of health services. “This is very much a change in the trajectory of the epidemic over the past several days. It’s a change for the worse and a cause for concern.”

On Tuesday, Newsom announced that new restrictions are being pondered as case numbers increase ahead of the holiday weekend. He didn’t get into specifics.

“Tomorrow we’ll be making some additional announcements on efforts to use that dimmer switch’ that I’ve referred to and begin to toggle back on our stay at home order and tighten things up,” he said. “The framework for us is this: If you’re not gonna stay home and you’re not gonna wear masks in public, we have to enforce, and we will and we’ll be making announcements on enforcement tomorrow.”

Loading...
Newer Post
Car insurance customers not aware of what their policy covers despite a ‘nasty surprise'
Older Post
Madison Beer shows off her sleek figure in luxe grounds in her native Long Island, New York