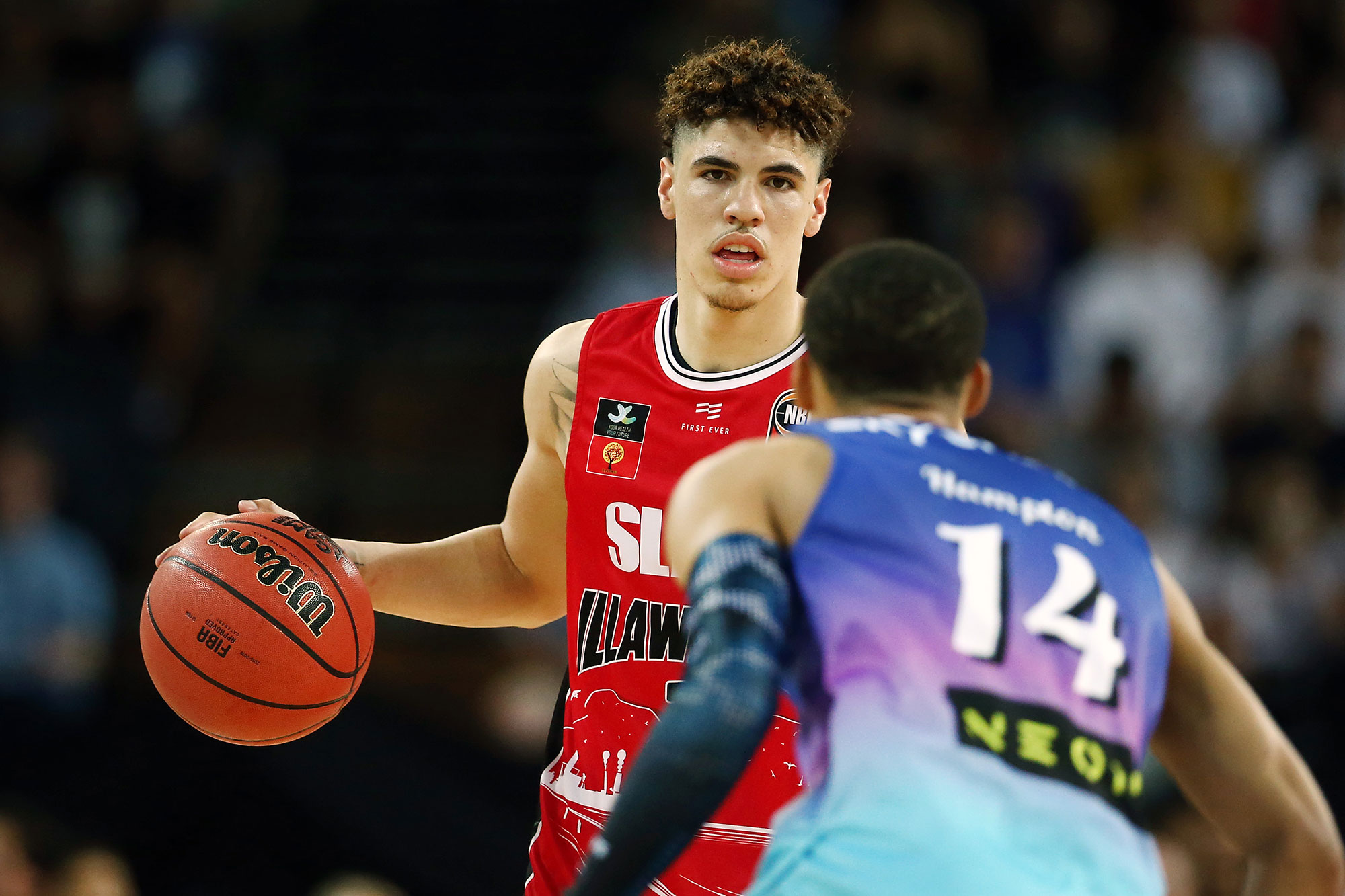 LaMelo Ball will have to settle for life as a franchise player.

Ball, the potential No. 1 overall pick in the upcoming NBA Draft, has lost his bid to become a part-owner of the Illawarra Hawks, the Australian National Basketball League team he played on this past season.

Though Ball’s business manager, Jermaine Jackson, previously told ESPN it was a “done deal,” the NBL announced that the Hawks will be taken over by a consortium, headed by former 76ers/Suns/Raptors general manager Bryan Colangelo.

Before suffering a season-ending foot injury, Ball, 18, played in 12 games with the Hawks, averaging 17.0 points, 7.5 rebounds and 7.0 assists. The 6-foot-7 point guard was part of the NBL’s Next Stars Program — he earned roughly $68,400 and was provided an apartment, car, air travel and individual development training — which Colangelo, 55, said attracted him to the league.

“LaMelo Ball, among others, serves as a great example of just how influential the NBL has become on a global basis,” Colangelo said.

Colangelo, who resigned as Philadelphia’s president of basketball operations two years ago after his wife admitted to using burner accounts to share sensitive and/or critical information about the team on Twitter, was deemed to be leading the group “best credentialed to deliver long-term success,” according to NBL owner Larry Kestelman.

“The decision in choosing the right owners was not an easy one,” Kestelman said in a statement. “I would like, in particular, to thank LaMelo Ball and his organization for the support and interest shown in wanting to achieve the best outcome for the team.”

“We hope we can explore future opportunities with LaMelo and wish him all the best for the NBA Draft in October.”

Ball reportedly was thrilled with his time in Australia and was eager to help the financially-struggling Hawks.

“Melo loves the Illawarra fans,” Jackson told ESPN in April. “He loves that community. They opened their arms to him. They made us feel like we are at home. When we started hearing about the issues they were going through, we talked about it and decided, ‘Let’s own the team.’”

VW is using a low-emission freight ship to transport cars

Maple Leafs’ Jake Muzzin responsive after taken off on stretcher

Andy Greene comes up big for Islanders in Game 2 win