The Girl Sun
Home Travel Britain at its best: Exploring Dedham Vale and the sights that inspired...
Travel

Britain at its best: Exploring Dedham Vale and the sights that inspired John Constable


Britain at its best: Exploring Dedham Vale and the sights that inspired John Constable to paint some of his most famous landscape scenes

By James Litston For The Daily Mail

There’s a sense of déjà vu about the stretch of river at Flatford Mill. From the bridge outside it, I’m looking across the water at a cottage standing above its reflection, its tiled roof bowed with age.

The shallow water before it is fringed with rushes and speckled with pondweed, but it’s not hard to use my imagination to conjure a few extra details. Add in a dog and a man on a cart and voila, you’ve got The Hay Wain — arguably the most famous work by the landscape artist John Constable, who painted his masterpiece from this very spot.

Flatford lies within the Dedham Vale Area of Outstanding Natural Beauty: a timeless and lovely region that straddles the border between Suffolk and Essex. 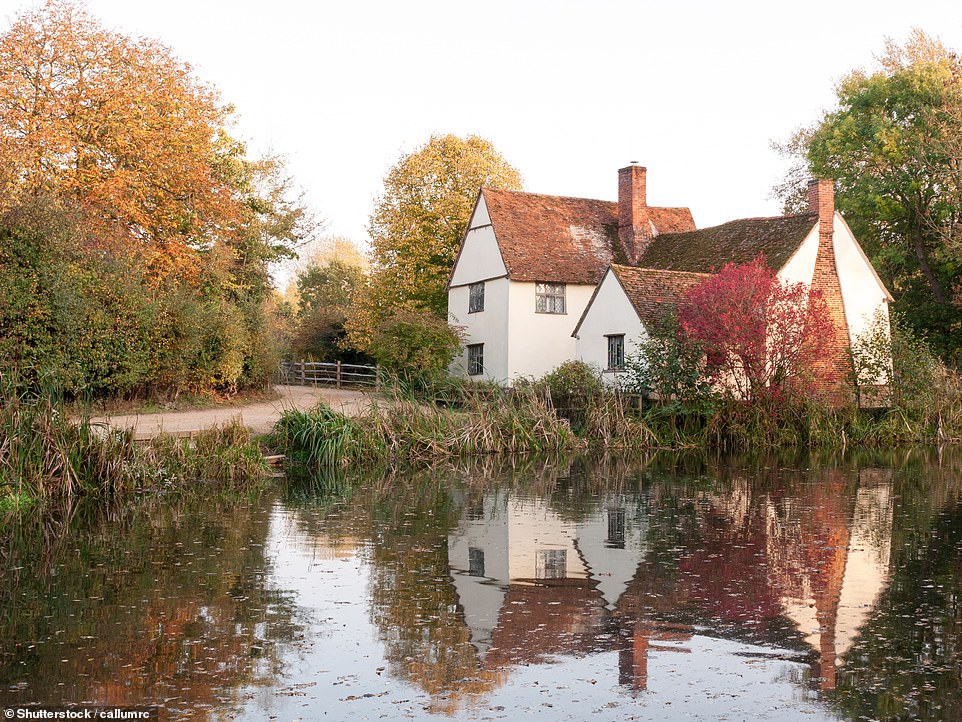 Lost in time: Willy Lott’s Cottage in Flatford, Suffolk, appeared in the painting The Hay Wain

Given that The Hay Wain sees its 200th anniversary next year, it’s staggering to think this scene has barely changed in all that time.

Yet, throughout Dedham Vale, there are spots such as this that Constable captured with oils on canvas. It’s why this area is better known as Constable Country.

Constable was born on the Suffolk side of the River Stour in East Bergholt and his family owned Flatford Mill, so it’s no surprise it appeared in his works. I find another of his favourite subjects further upriver in the village of Dedham, whose church appears in paintings such as Dedham Lock And Mill.

Inside the 16th-century structure, with its flint-built tower, lies a surprise: Constable’s The Ascension. It’s one of just a handful of religious paintings by the artist and hangs on display in the nave.

But Constable is not the only artist with links to Dedham Vale. Just up the road from the church lies Castle House, the home and workplace of Sir Alfred Munnings, one of England’s finest painters of sporting events.

Now the Munnings Art Museum (munningsmuseum.org.uk), it documents the artist’s love of hunting, horse racing and East Anglia’s landscapes through its collection of 200 drawings and paintings. 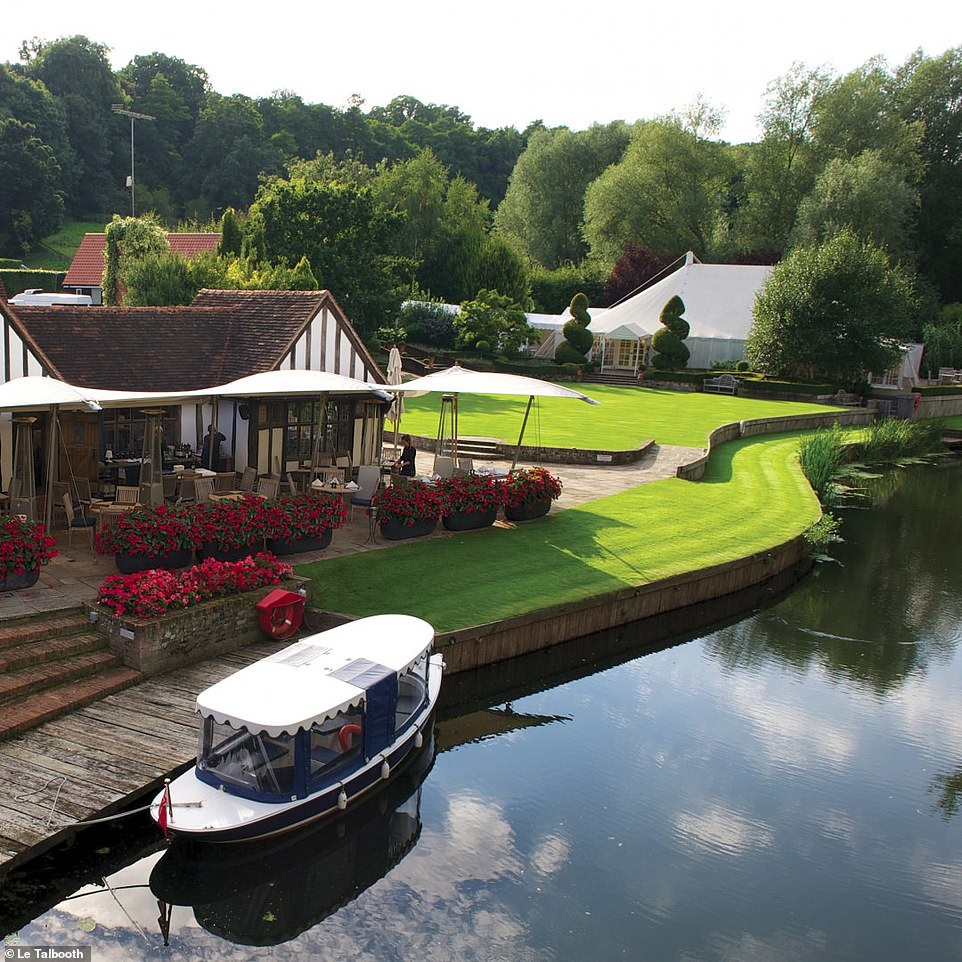 James Litston dined at Le Talbooth restaurant, a half-timbered former toll house on the river with a ‘globe-trotting’ wine list

I follow up this cultural fix with a wander round Dedham itself. It’s a charming village with two good pubs, the 16th-century Essex Rose tea room and grand, well-kept, historic houses.

Dedham’s wealth was rooted in the medieval wool industry, when the era’s clothiers and weavers built themselves fine homes. The brightly painted mix of timber-framed and Georgian facades imbue step-back-in-time appeal.

It’s an even bigger treat to visit another of Dedham’s historic buildings: a half-timbered former toll house on the river that’s now Le Talbooth restaurant.

Its starched tablecloths and smartly dressed staff give dining here a real sense of occasion, while ingredients such as Norfolk quail, Dedham Vale beef and berries fill dishes with regional flavour.

It would be criminal not to take advantage of Le Talbooth’s globe-trotting wine list, so it’s just as well that the restaurant offers a shuttle service to its sister hotels.

I’m staying up the road at Maison Talbooth, a former vicarage with 12 rooms named after poets. It serves a breakfast so substantial that it sees me compensating for my greed with a spot of exercise. I start with an amble through the water meadows that form a verdant ribbon along both banks of the Stour, then up the ante by renting a wooden rowing boat and setting off towards Flatford.

It’s a wonderfully bucolic way to experience the river. From this duck’s-eye perspective, I watch cows drink at the water’s edge while a family of swans glide by.

I pause and let the lazy river carry me along with them. A gentle breeze stirs the riverside willows, making them whisper and sigh. It’s no wonder Constable felt so compelled to capture such wonderful scenes. Perhaps next time I’ll even bring paints myself.

Getting under the blankets to watch a horror movie is a time-honoured Halloween tradition – and now the most popular spooky-film choices in...
Read more
Travel

Radical plans to transform a 'tired, tourist trap' in the heart of Sydney into waterfront boulevard

Wealthy flyers have been switching to private jets to avoid catching coronavirus from other passengers on commercial flights.Private jet operators and brokers reported...
Read more
Travel

'Protect the NHS slogan was not helpful': Senior GP says

Donald Trump stoked fears in Florida Thursday that ‘horrifying terror attacks’ such as the Wednesday beheading of a woman in France will be...
Read more

Armie Hammer opened up about the restless early days of the coronavirus pandemic, and how he sought help.The 34-year-old actor, chatting with British...
Read more

If you struggle with a busy work and life schedule and feel as though you don't have enough time to put hours into...
Read more

Former Hunter Biden business partner says he was interviewed by six FBI agents a day after he made public allegations that he met...
Read more

Having grown up as a young boy in the Czech Republic dreaming about playing the Premier League, Tomas Soucek knows plenty about English football.Right...
Read more
Sport