By Heather Waugh For Dailymail.com

Sources close to the 46-year-old actor reveal he met the buxom blonde on social media and connected with her about possibly creating music together.

After sharing ideas online, the duo decided to grab some takeout and hangout together, TMZ reports. 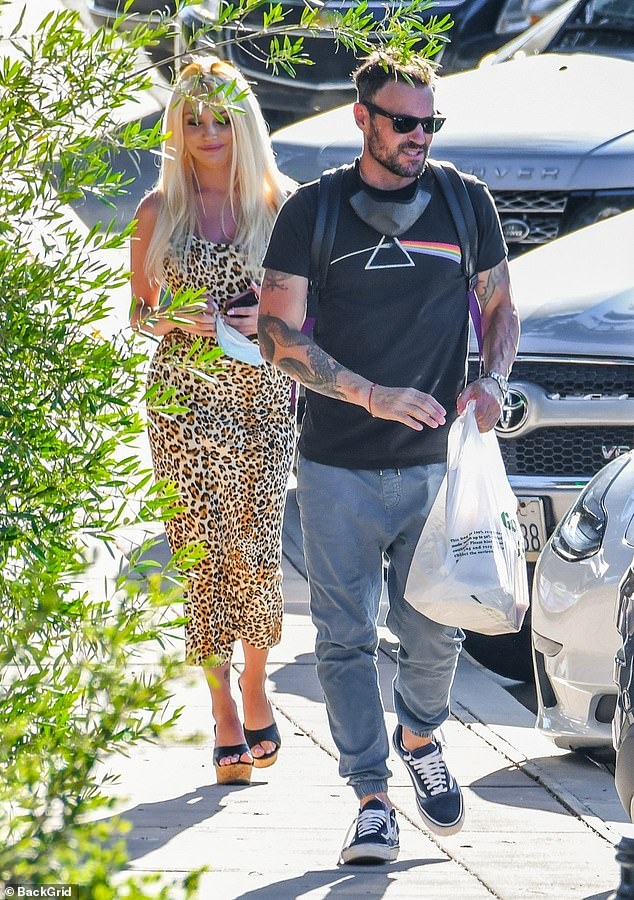 Creative partnership: Brian Austin Green and Courtney Stodden are ‘just friends’ who met on social media and are talking about making music together

Brian, whose estranged wife Megan is currently seeing rapper Machine Gun Kelly, was pictured out with Courtney on Saturday as they picked up food from a Mexican restaurant in LA.

The website also revealed that Brian and Courtney bonded over their ‘similar political views’ – the kind that ‘makes them want to make a change that’s bigger than themselves’.

Sources dished that the duo are just friends for now but that might change in the future.

Courtney is reportedly not ready for a relationship following her divorce from Green Mile actor Doug Hutchison, 60, who she married when she was 16 and he was 51. They split in 2017 and the divorce was finalized earlier this year. 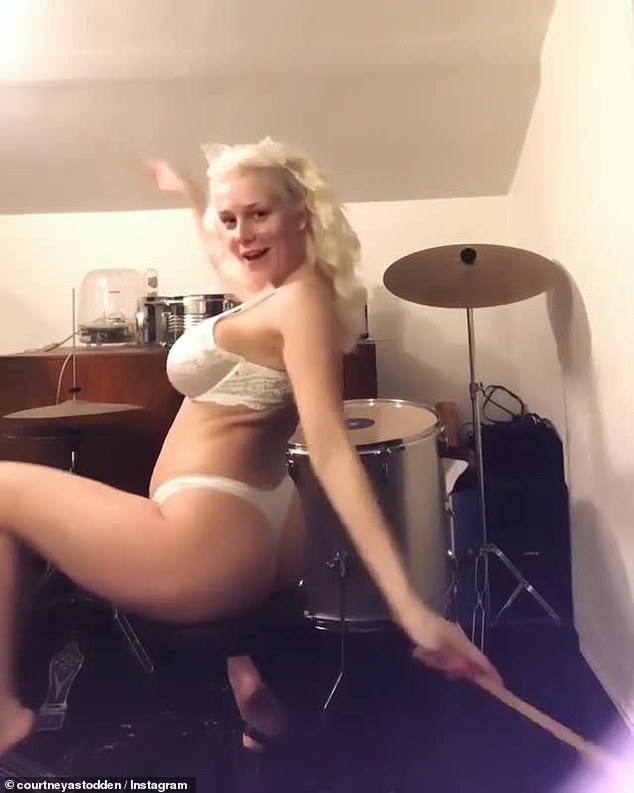 Making music: Sources close to the 46-year-old actor reveal he met the buxom blonde on social media and connected because of their similar political views

The blonde beauty is ‘committed to herself and not looking for a relationship’, TMZ reports.

When Courtney and Doug were still married they starred in numerous TV shows together including Couples Therapy (2012), Celebrity Big Brother (2013), The Mother/Daughter Experiment (2016), and Celebs Go Dating (2017).

She has since been trying her hand at sex tapes and took a stab at a singing career that produced the songs Daddy Issues and Hot ‘n Juicy.

Brian and Megan recently separated after a decade of marriage and three children together. 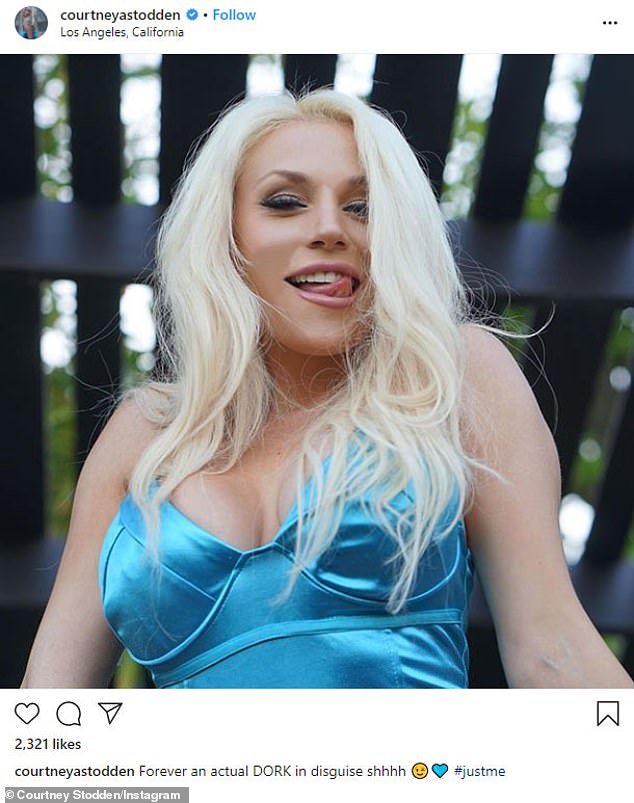 Just friends: Courtney, 25, is reportedly not ready for a relationship following her divorce from Green Mile actor Doug Hutchison, 60, who she married when she was 16

Earlier this month, a source told Us Weekly: ‘Megan and MGK have hooked up and they became intimate when Megan and Brian were separated, but hadn’t fully cut ties.’

The insider asserted that the married couple ‘were having issues for a while’ and Brian ‘saw it coming’ before Megan reportedly took up with Machine Gun Kelly.

‘Megan can be diva-like, hard to please and high maintenance.’ they continued. 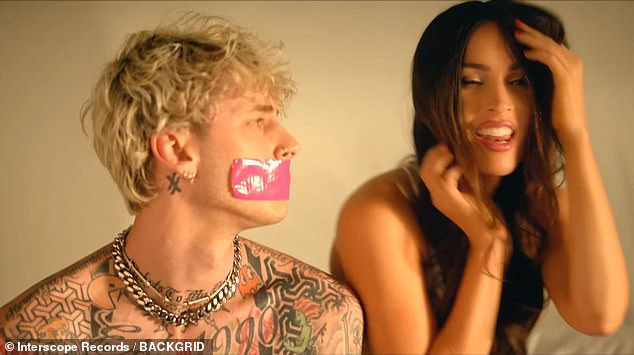 Collaborators: Brian’s estranged wife Megan Fox has confirmed her relationship with Machine Gun Kelly as the duo were seen holding hands in public on Monday. Megan recently starred in one of the rapper’s music videos (above)

Brian himself revealed in a recent podcast that he he took Megan’s word for it that she and MGK are friends.

But it seems that the Transformers star, who at 34 is 12 years Brian’s junior, has been itching to get back into the Hollywood grind.

The insider added that ‘Megan felt as though Brian had been holding her back from being in the limelight,

‘She’s interested in getting back out there and reinventing herself.’ 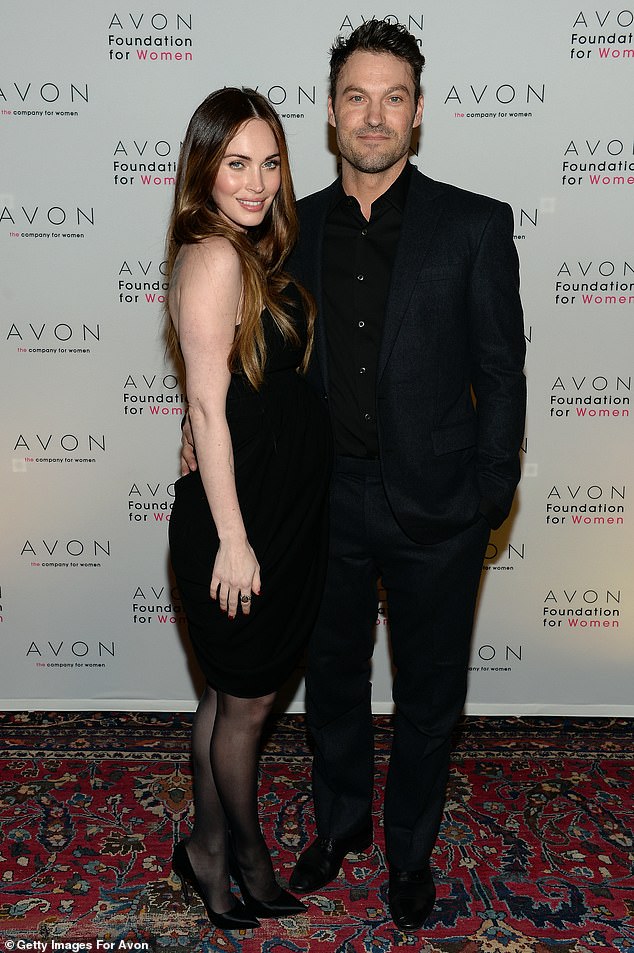 Longtime loves: Brian and Megan recently separated after a decade of marriage and three children together. They are pictured in 2013

Bella Varelis hints she is the next Bachelorette after